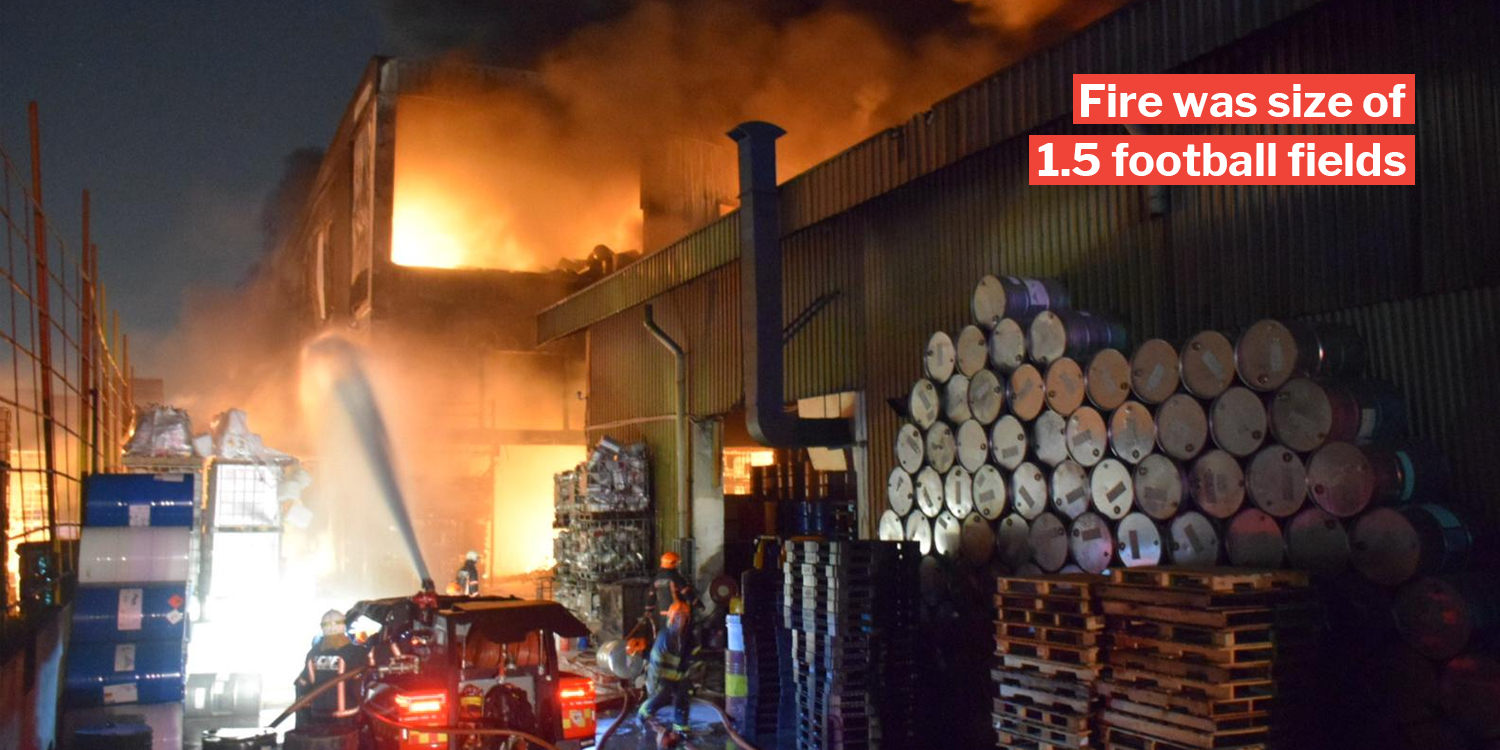 1 Person Brought To Hospital Due To Tuas Industrial Fire

Just last week, we reported a huge fire at a Pioneer warehouse which took firefighters 3 hours to contain.

Tragedy struck once again just last night (17 Mar), where another massive blaze engulfed a 5-storey warehouse at the nearby Tuas industry area. 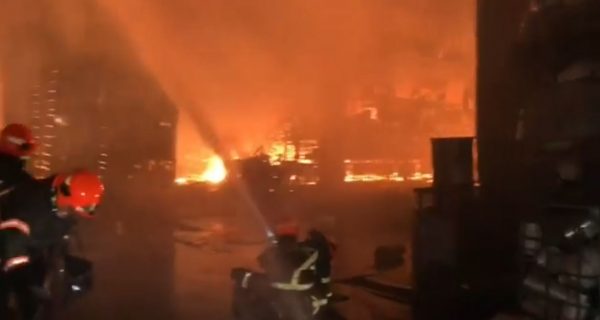 This time, the fire was around the size of 1.5 football fields and took about 100 firefighters and nearly 12 hours to bring it under control.

Unfortunately, 1 person was injured during the incident and has been brought to a hospital. 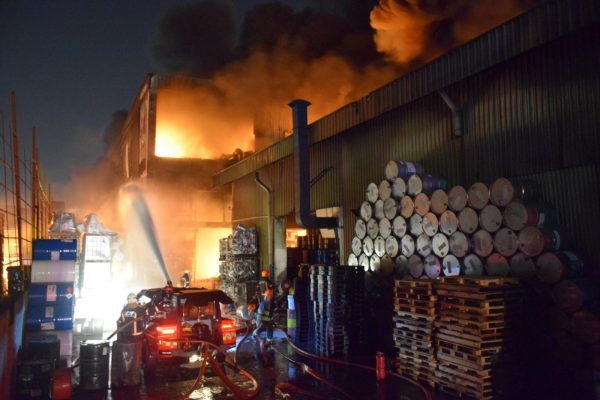 When firefighters arrived at the scene, the blaze was “raging” and spreading along the nearby drains.

The fire had engulfed a 5-storey warehouse and involved flammable substances like diesel and cleaning agents. 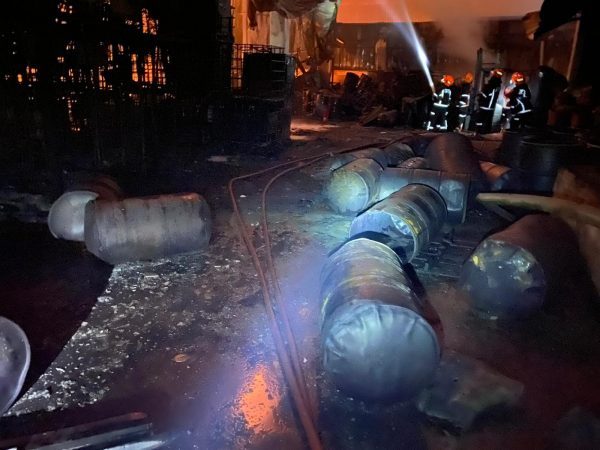 1 person suffered burn injuries and was conveyed to the Singapore General Hospital.

Around 100 firefighters and 33 emergency vehicles were deployed to the site of the fire. 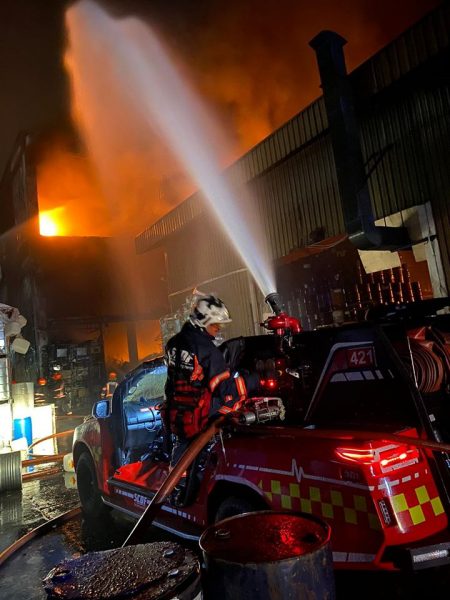 6 handheld jets, 3 monitors, and 2 unmanned firefighting machines were used to fight the fire.

A combined platform ladder was also deployed to provide elevation for the firefighters. 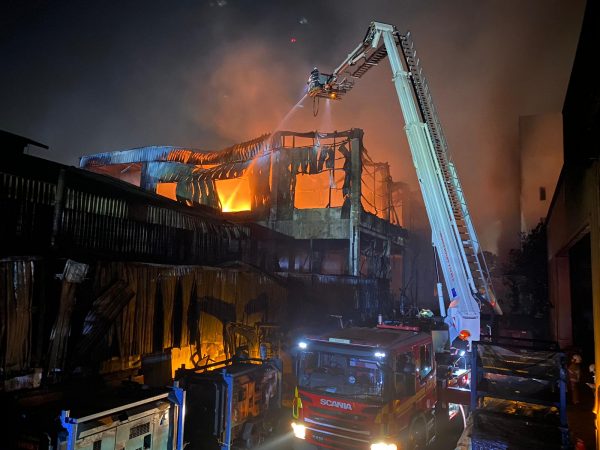 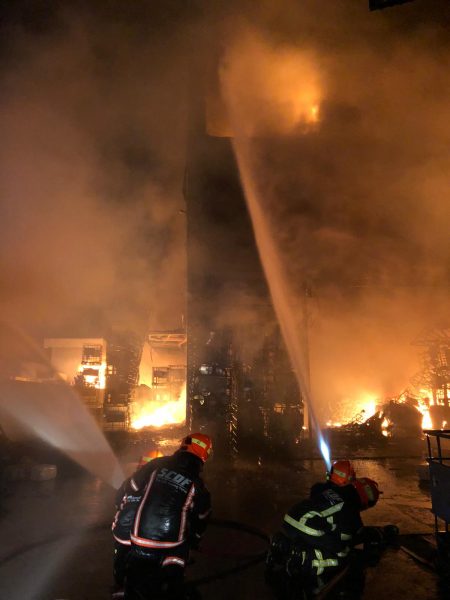 Nearly 12 hours later at around 8.11am, the SCDF posted another tweet saying that the fire has been contained.

However, members of the public are advised to stay away from the area as it is heavily filled with smoke. 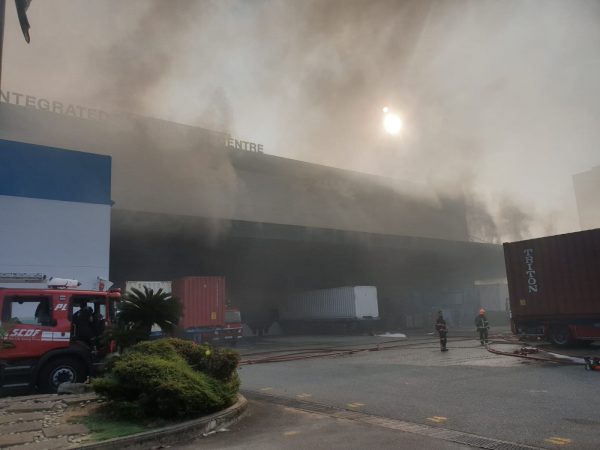 Hope the injured person will make a full recovery soon

Kudos to the firefighters who braved the heat and danger to extinguish the fire overnight.

Commiserations to the tenant of the warehouse, who must have suffered significant losses as a result of the blaze.

We hope the injuries suffered by the person conveyed to the hospital are not serious and pray he will make a full recovery soon.