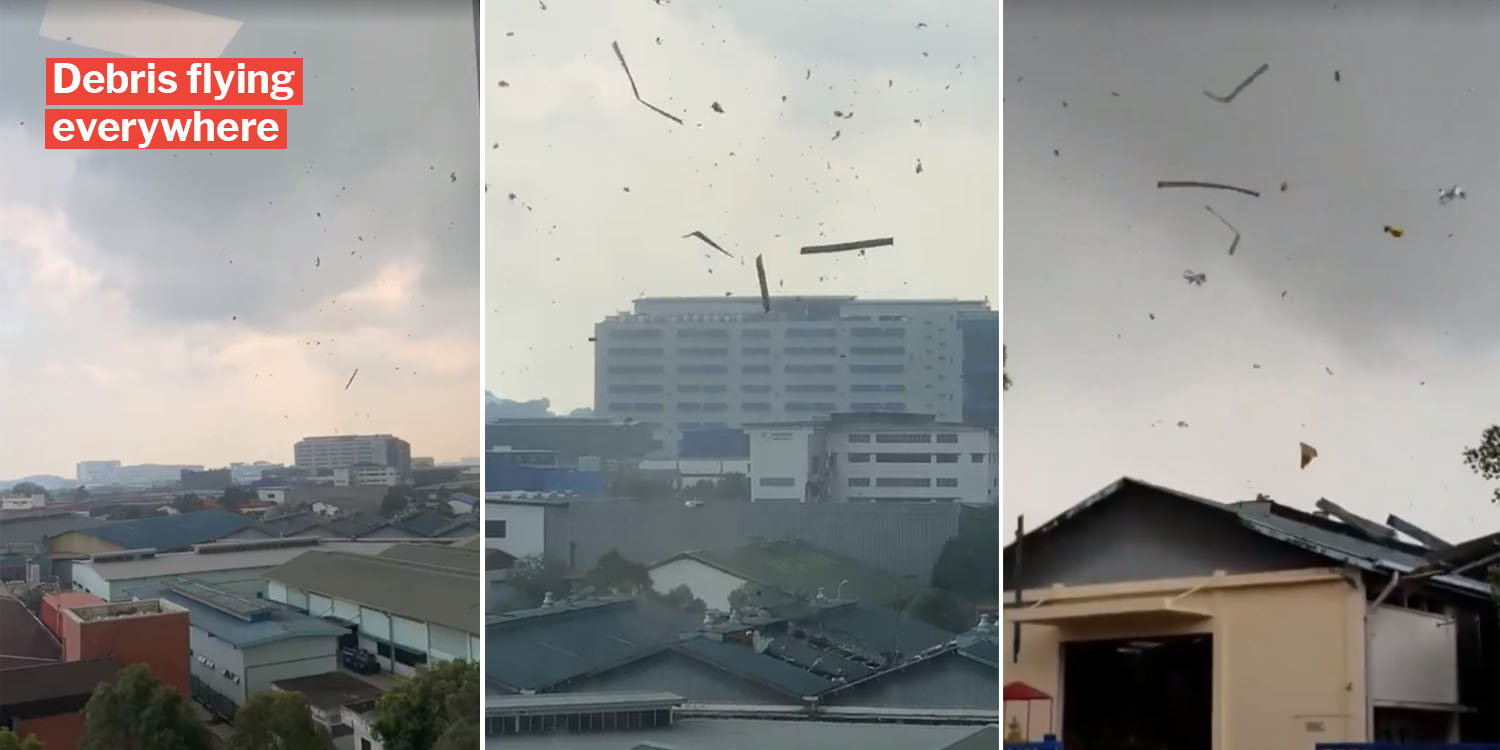 Viral Video Of Tuas ‘Tornado’ Is Real, But Was Actually A Landspout

Videos of what appeared to be a ‘tornado’ in Tuas went viral on social media on Friday (27 Sep).

Strong winds caused zinc roofs to tear away and debris to fly everywhere, shocking many who were in the area. Have a look at one such clip here.

The Meteorological Service Singapore (MSS) confirmed the rare weather incident later that evening, according to a report by Channel NewsAsia (CNA).

But it wasn’t a tornado like many speculated, rather, the first ever landspout to have occurred on our shores.

Tuas ‘tornado’ the result of a thunderstorm

Like the occasional waterspout, the landspout had reportedly formed from a thunderstorm over the waters near Tuas at 10.30am on Friday.

As the storm approached land, moisture in the dense air created a whirling column of wind over Gul Way, which was what netizens had captured. 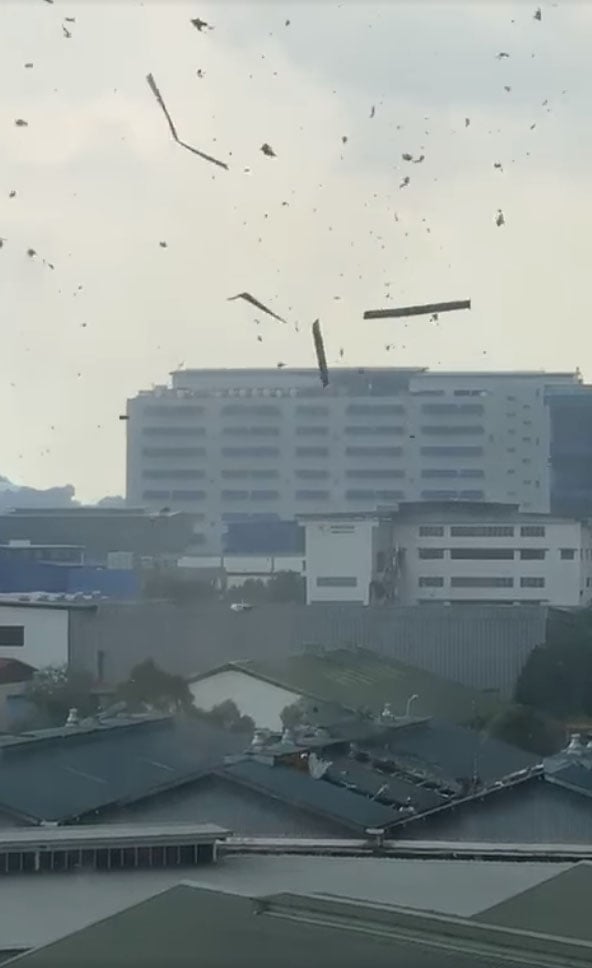 “Unstable atmospheric conditions”, says the MSS, formed the column over land, just like it does over water, hence the term “landspout”.

The MSS also explains that landspouts last no longer than a few minutes, and disappear quickly as the storm fades.

Not the first ‘tornado’ sighting here

It’s no surprise that the rare weather occurrence sent many Singaporeans gasping in awe and confusion.

After all, the craziest weather event we’ve experienced was probably just the haze from Indonesia. So to witness a column of wind wreaking havoc is truly quite spectacular.

Thankfully, the landspout only caused minor damage to the low-lying industrial buildings in Tuas, and no injuries have been reported.

Those who weren’t too bothered by the video would have probably recognised similarities between the landspout and waterspout, which was most recently seen at Tanjong Pagar Terminal in May. 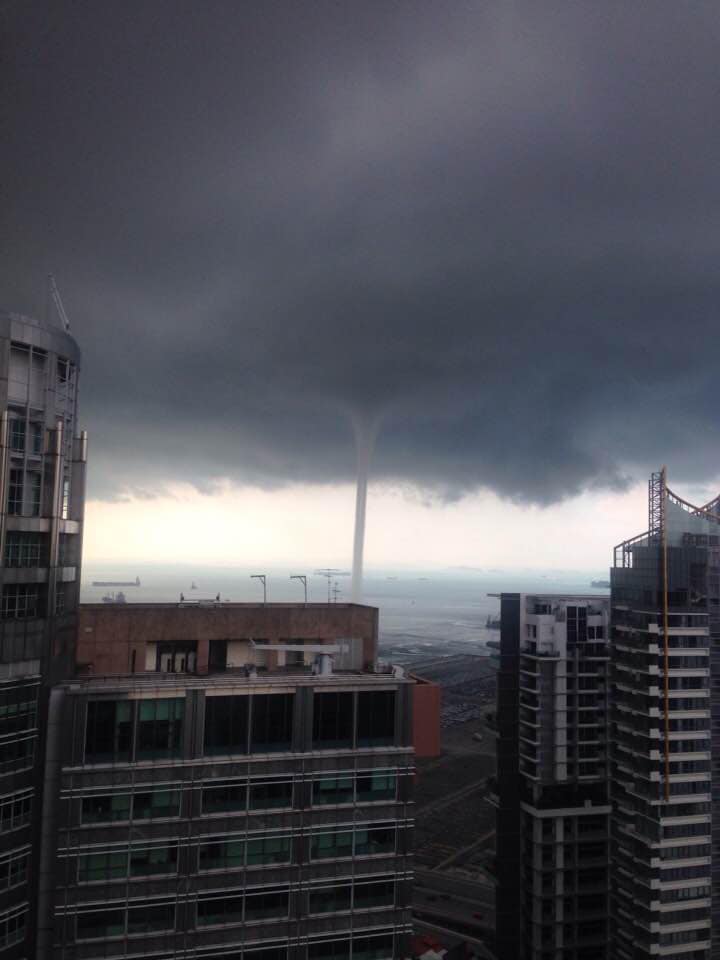 Both similarly posed little to no danger, and were very fleeting.

While the sight of an unusual weather phenomenon may be scary, we have to remember to remain calm.

If indeed conditions are risky, await confirmation and further instructions from the relevant authorities. Safety measures are usually in place in case of such emergencies.

Luckily for us, Singapore has been safe from dangerous weather phenomenon throughout our history, so chances are there’s no need to be alarmed.

Did you see the landspout in Tuas yesterday? Let us know in the comments below.