Bomb-Sniffing Dog In Ukraine Is An Expert In Unearthing Explosives, Gets Medal From President Zelenskyy 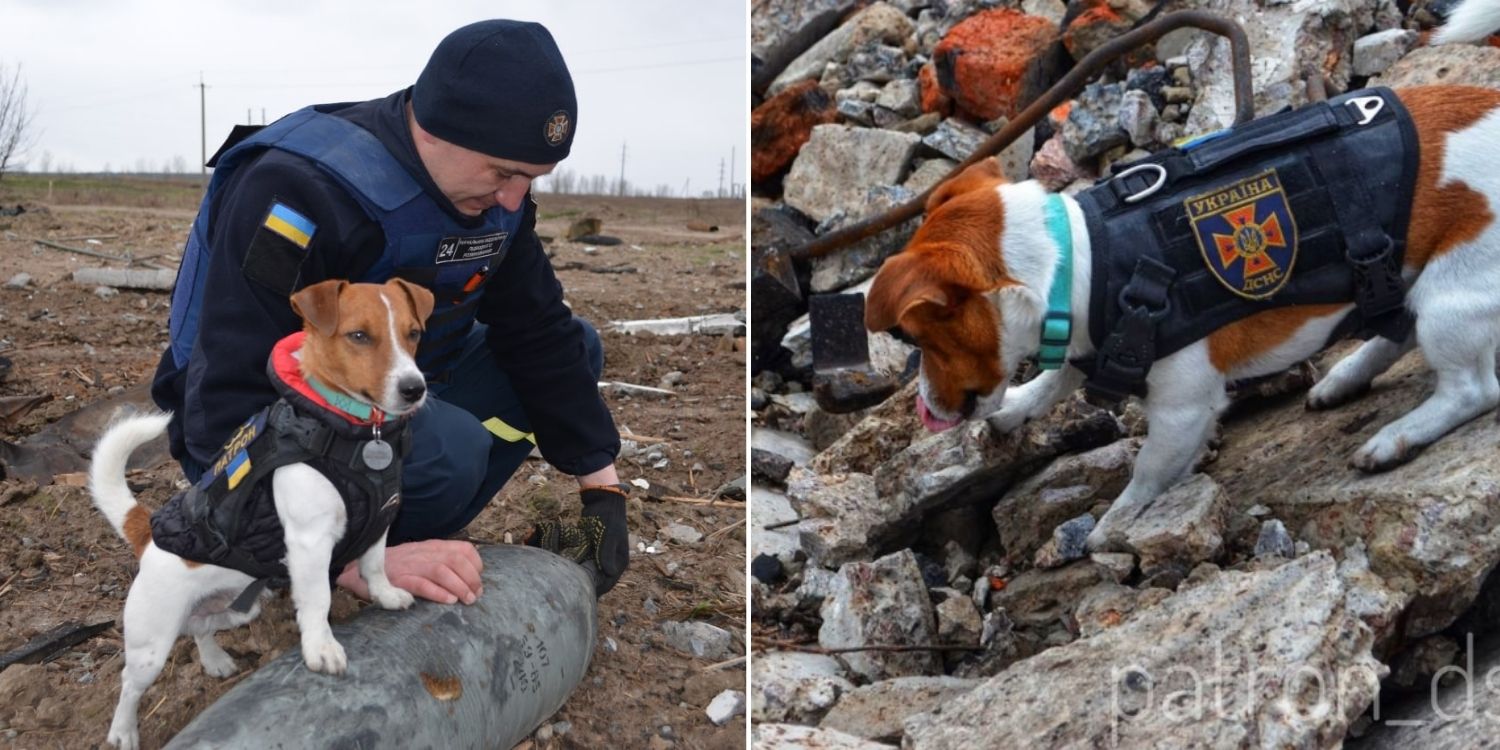 He has uncovered more than 200 explosives.

Many Ukrainian citizens are on the frontlines of the war in Ukraine as we speak. Amongst them is an unexpected tiny warrior, doing his part to defend the country. 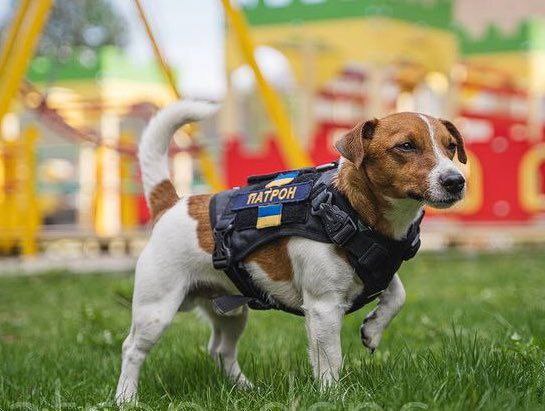 Affectionately named Patron by fellow soldiers, a dog trained in the art of sniffing out bombs regularly contributed to Ukraine’s war efforts against Russia. He has unearthed a massive number of explosives and is popular among citizens of the country.

The New York Times reported that the dog was presented with a state award on Sunday (8 May) for supporting the war efforts in Ukraine.

Patron, whose name translates to “ammo” in Ukrainian, is a member of Ukraine’s wartime forces against Russia. He regularly helps to sniff out mines in the northeastern city of Chernihiv and is also the mascot for the State Emergency Service in Ukraine.

During the ceremony in Ukraine’s capital city of Kyiv, President Zelenskyy praised Patron for his hard work. He added that the friendly canine had found more than 200 explosive devices to date.

Patron’s owner, Mykhailo Iliev of the Civil Protection Service, reportedly taught him pyrotechnic work. Patron’s talent in the field has since saved the lives of countless Ukrainians.

Canadian Prime Minister Justin Trudeau also attended the ceremony and had the privilege of meeting the canine celebrity. 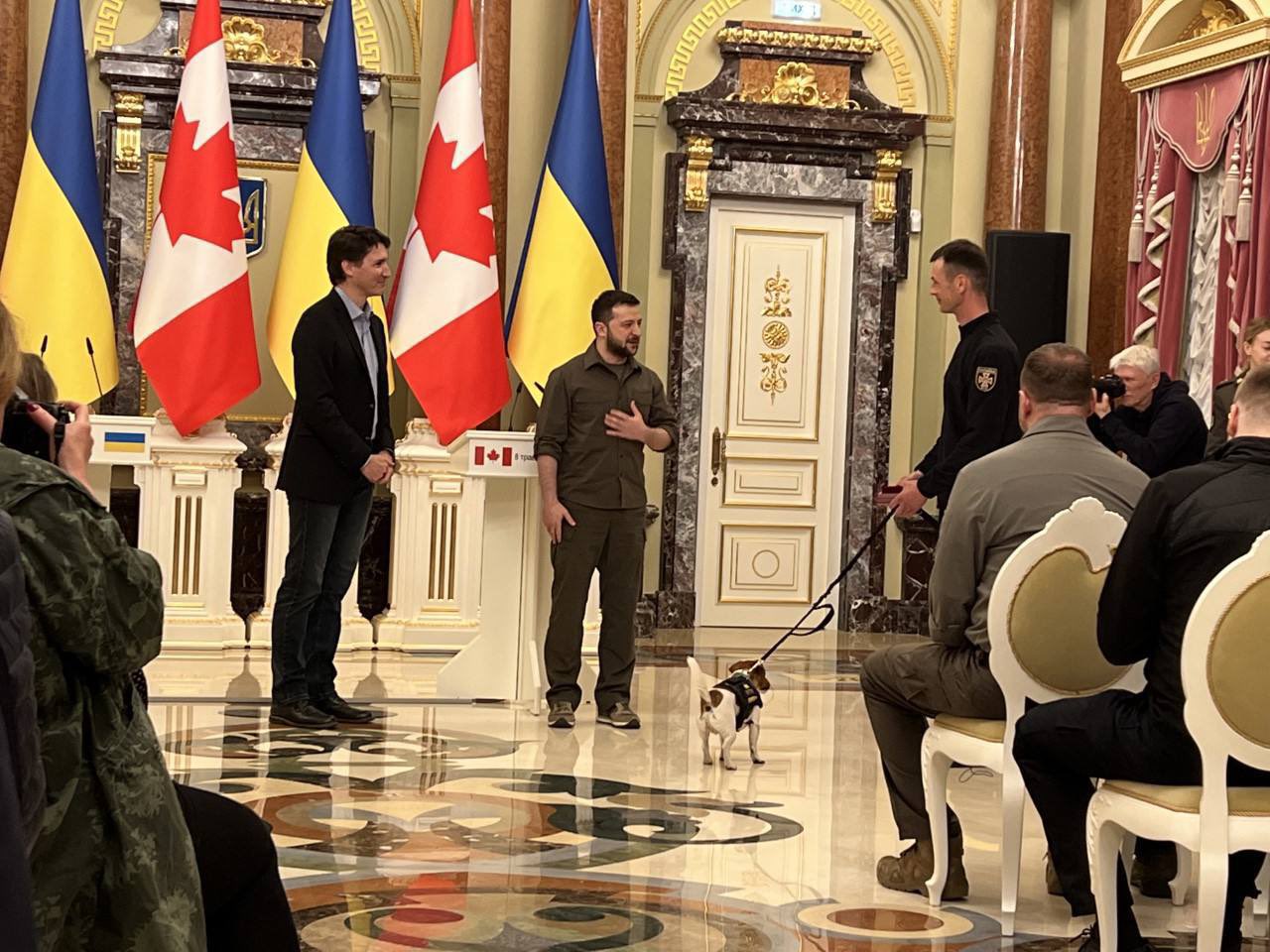 Rose to fame for adorable nature

Patron is well-loved in Ukraine, his friendly nature endearing himself to adults and children alike. 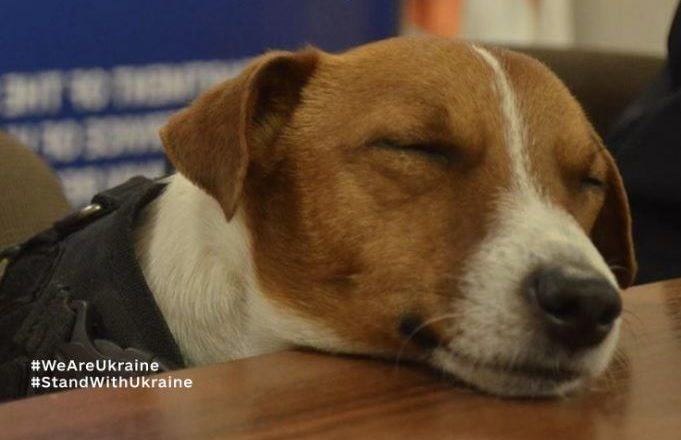 Ukraine’s Ministry of Foreign Affairs first shared about Patron through a tweet on 25 Apr, describing him as a service dog that’s working closely with deminers to keep the country safe. 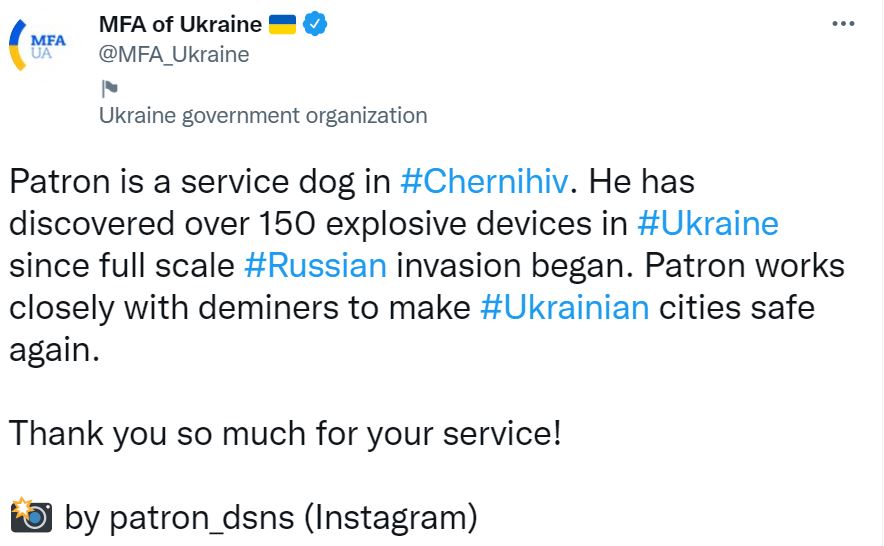 Since then, numerous tweets and videos of Patron have made rounds on social media, enabling his rapid rise to fame. 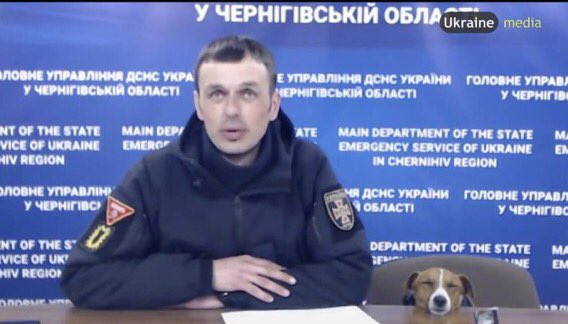 In one video shared by the Strategic Communicates Centre of Ukraine, Patron furiously digs through dirt in pursuit of undiscovered mines. In yet another short clip, Patron clambers into a soldier’s lap after he straps on a vest. 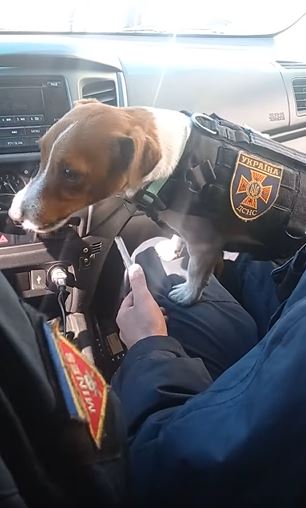 Patron is especially beloved by children due to his petit stature and loveable disposition. Through his amiable nature, he also helped them understand the various safety rules in areas rife with mine threats.

Kudos to Patron for his hard work

The ongoing crisis in Ukraine has undeniably led to much devastation and heartbreak for the country.

Hopefully, inspirational figures like Patron will continue motivating citizens throughout the conflict.

We praise Patron for his efforts thus far in protecting Ukrainian citizens from danger. We hope that he’ll continue to aid fellow soldiers in the ongoing invasion.

Featured image adapted from Instagram and The Times of Israel.