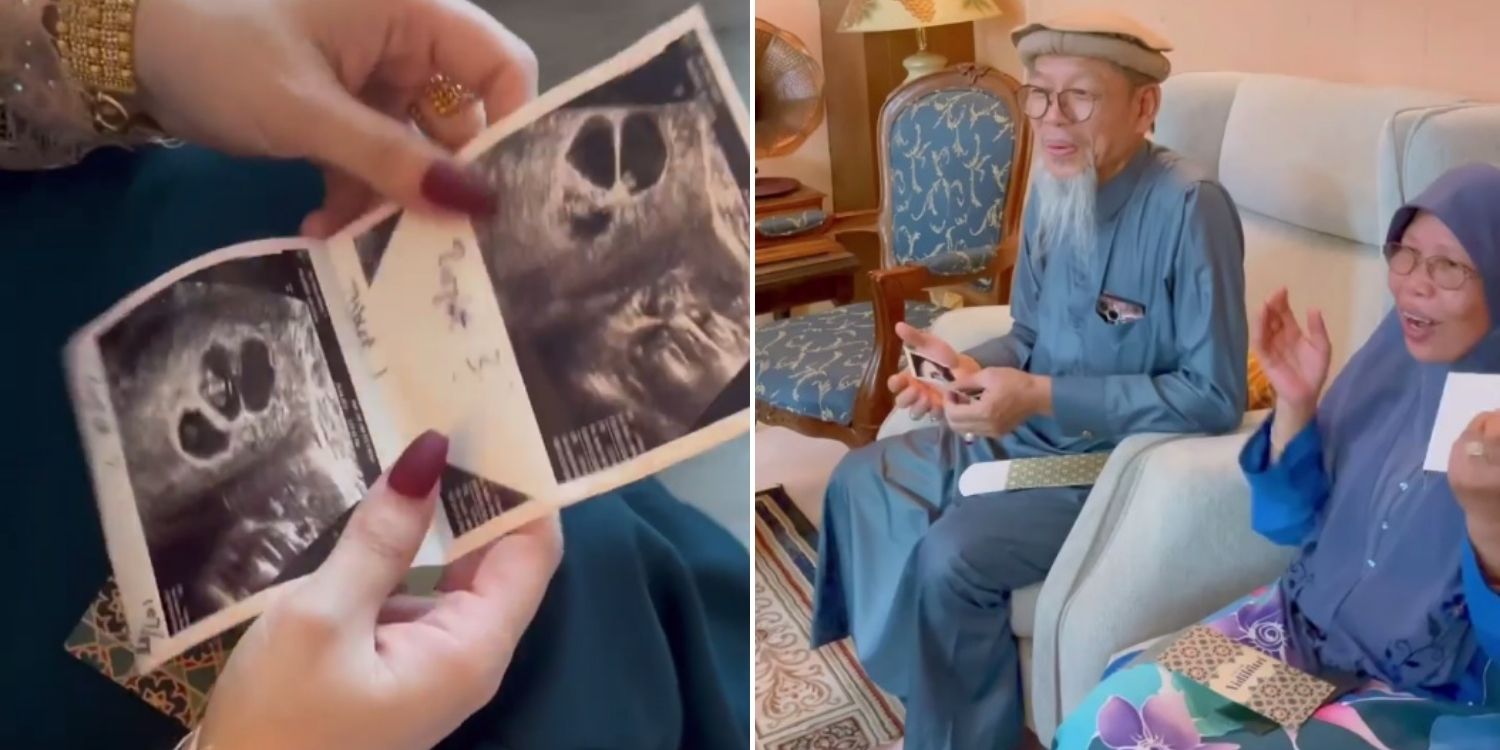 The family will soon be welcoming 2 girls & 1 boy.

Pregnancy news is often accompanied by loud cheers and celebrations.

While one baby is a blessing in itself, this woman, who was carrying triplets, had to find a unique way to tell her parents about it.

The blessed moment coincided with Hari Raya. Hence, she hid her ultrasound scans in Hari Raya packets and handed them over to her parents on the morning of Hari Raya Puasa.

Upon opening them, her parents were visibly confused. But after some helpful counting, they realised they would soon welcome triplets to the family.

On Monday (18 Jul), the video of the pregnancy announcement was posted on Facebook and has garnered over 400,000 views at the point of writing.

The video begins with the woman folding her ultrasound scans and stuffing them into two Hari Raya packets. 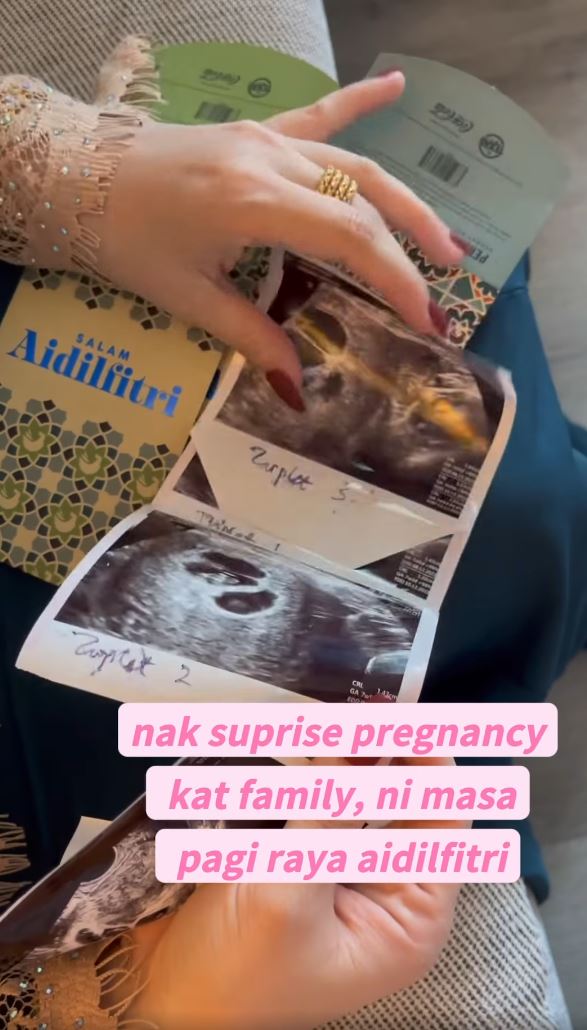 As it’s Malay-Muslim culture to start Hari Raya mornings with greetings, the woman took it as an opportunity to slide the packets into their hands.

Her parents’ eyes lit up in excitement when they realised what they were holding. 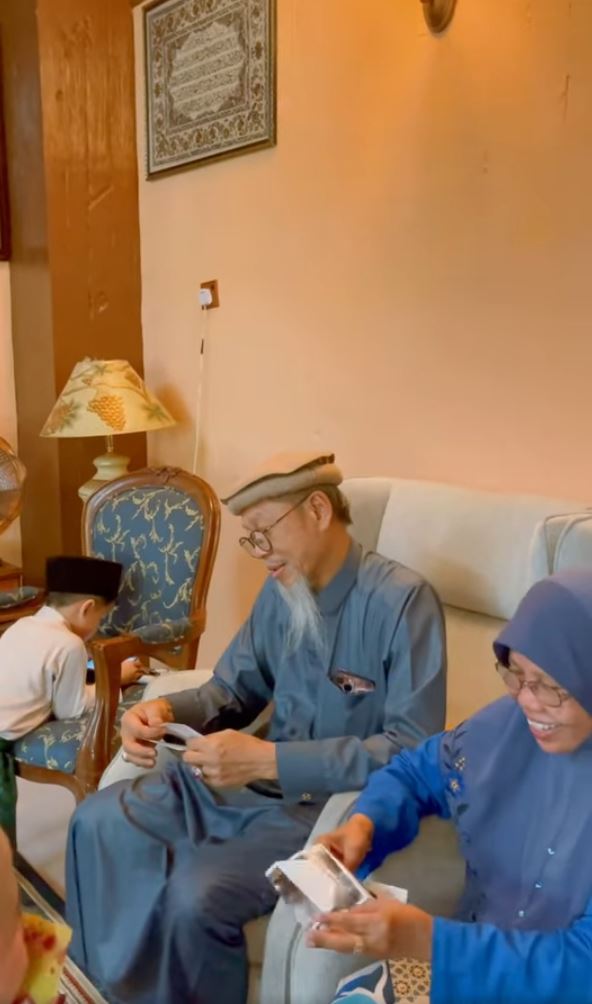 The woman continued to nudge them into having a closer look. Her mother soon realised that the scans showed more than one baby.

While the mother initially thought she was expecting twins, she clarified that there were three babies pictured in the scans.

Her mother was visibly shook, rocking back and forth on the couch in disbelief. During the time of filming, she revealed that she was two months pregnant.

In the second half of the video, the expectant parents held a gender reveal party. Three black balloons stood in the centre of their home, each plastered with the question, “Boy or girl?”

After the camera filmed the family’s predictions, the woman’s father popped the first balloon, releasing numerous smaller blue balloons, signifying that the first baby is a boy. 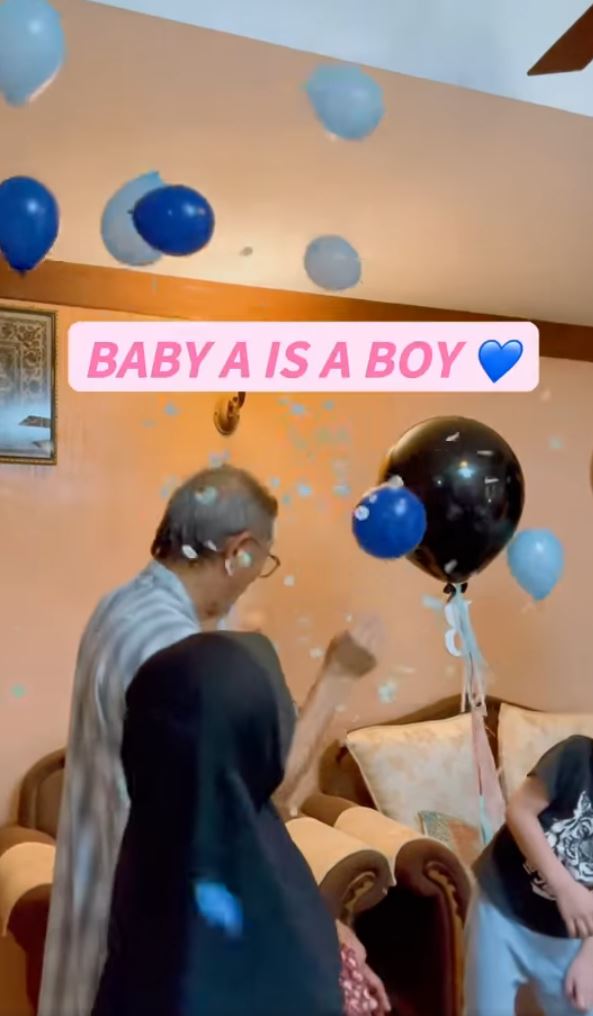 It was her mother’s turn to pop the next balloon, and when she did, pink balloons floated to the ceiling as cheers erupted from the family. With one balloon left, the family cheered even louder when it finally popped to reveal another set of pink balloons. 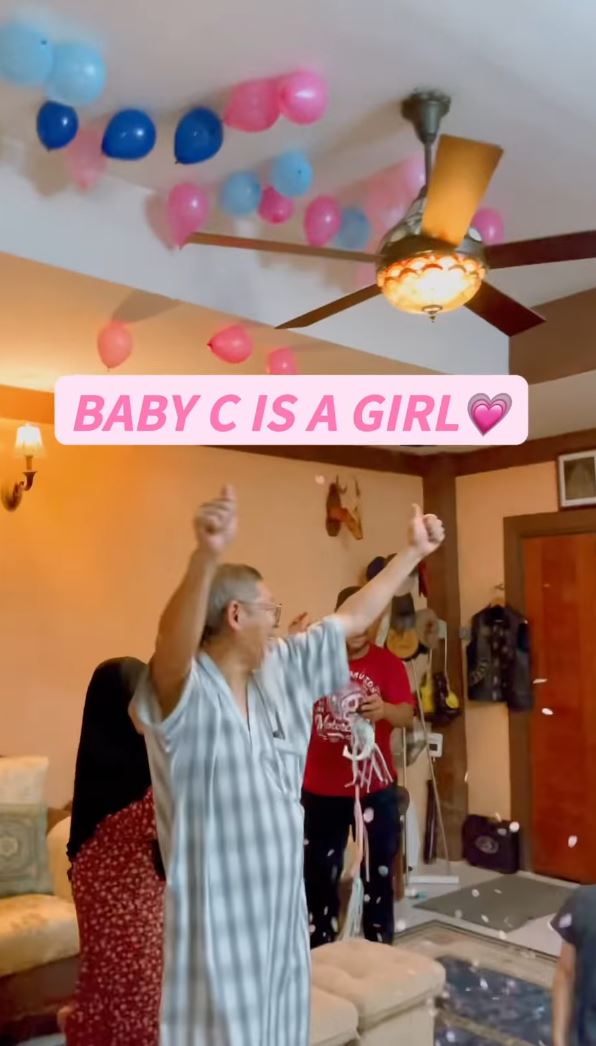 With that, two girls and a boy will join the happy family in due time.

Wishing the mother a smooth pregnancy

While pregnancy announcements are usually joyous, the happiness is now tripled with the news that the couple is expecting triplets.

Triplets are rare. Hence, the announcement definitely deserves to be done in a unique way to mark the occasion.

MS News wishes the mother and her family a smooth pregnancy.