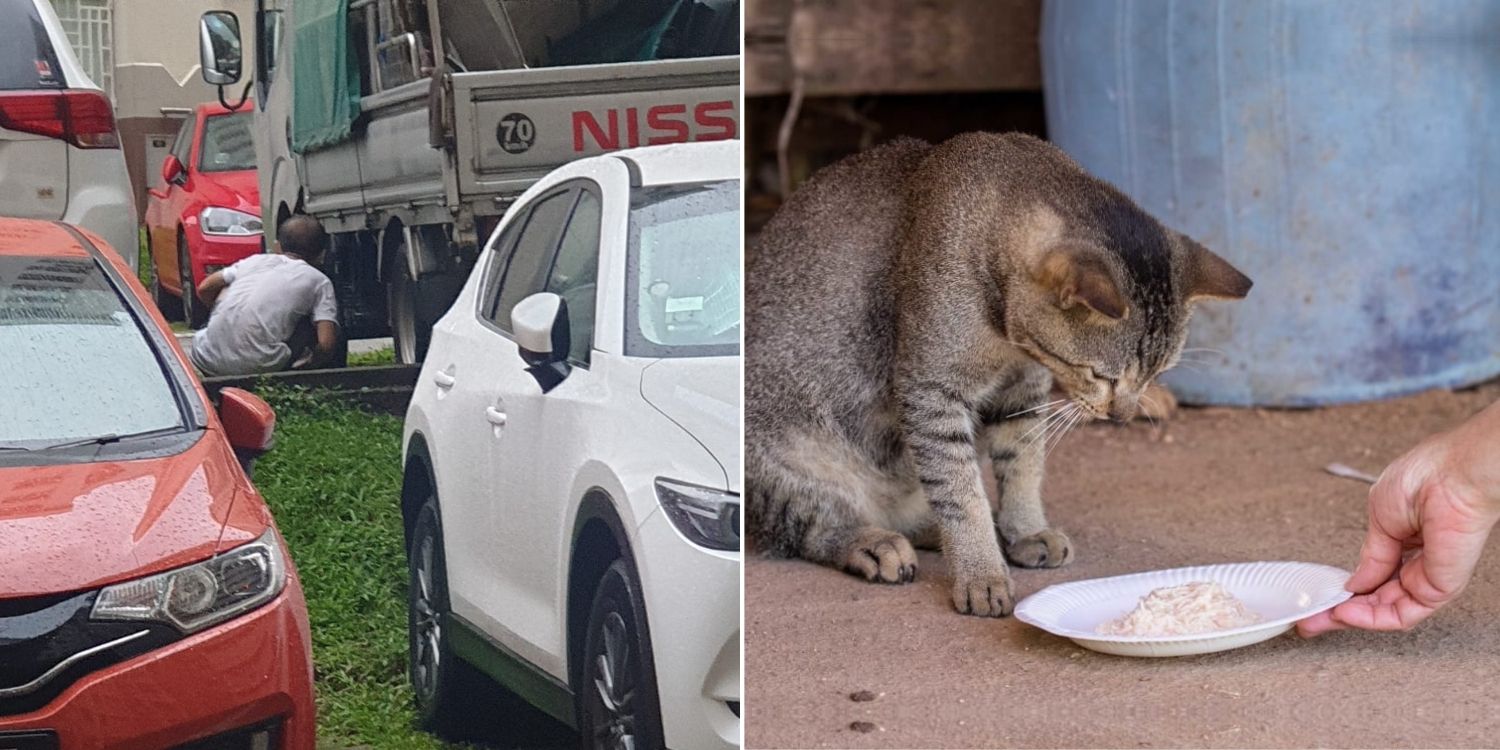 Thundery showers have been frequent lately, sending many of us snuggling in the comfort of our homes. Meanwhile, stray animals like community cats have the tough task of holding it out in the elements.

While we’d often run for shelter when the heavens open up, an uncle in Bukit Panjang decided to brave the rain to take care of a community cat.

As heavy rain pelted down on him, the uncle scoped out an HDB car park in search of a cat so that he could feed it. 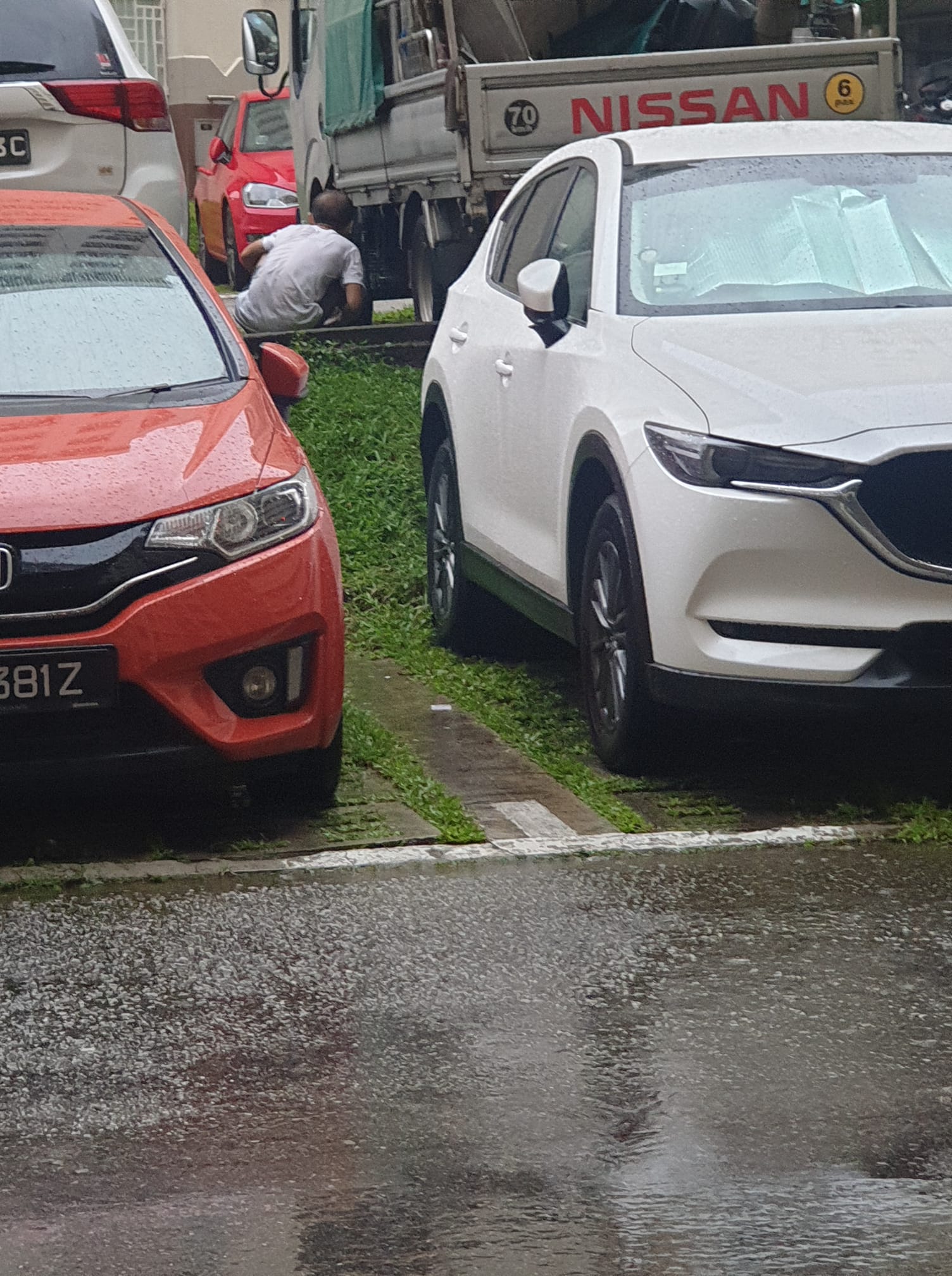 Even after locating the cat, he waited by its side for it to finish the food before escaping the rain.

Uncle patiently waits in downpour for cat to finish eating

On 1 Oct, a post about an uncle searching for a cat in the rain was shared in the Cat Lovers Singapore Facebook group. 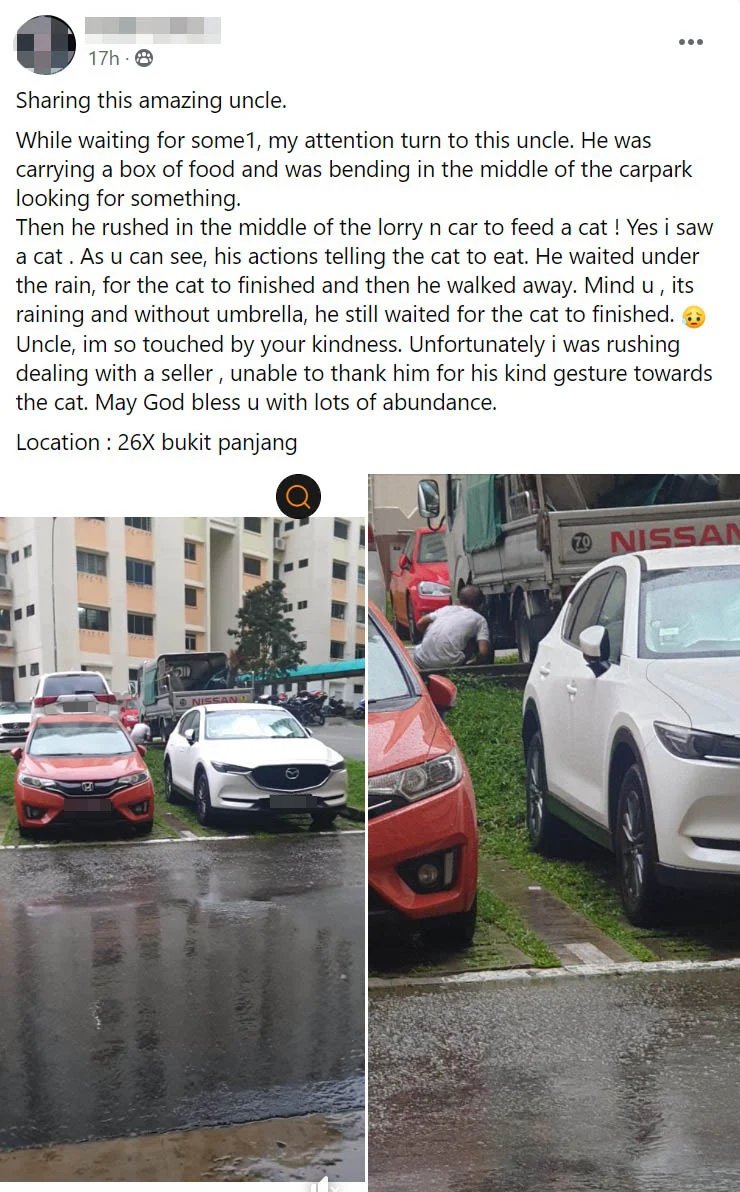 According to the post, the uncle was spotted carrying a box of food while searching for something in the middle of an HDB car park in Bukit Panjang.

After searching high and low, and even bending down to peek under the vehicles, he finally found what he was looking for under a parked lorry.

Hurrying to the vehicle, the uncle was seen preparing a meal for a cat and gesturing for it to come forward.

When the cat finally did, he waited patiently by its side even as the rain poured on. The uncle continued to weather the downpour until the cat finished its meal.

The OP ended the post by sharing that the uncle’s kind act was incredibly touching and wished him well.

Salute to the uncle for his kind gesture

To care for someone or something that cannot care for themselves is a true reflection of one’s character.

For this uncle who selflessly fed the cat even in the rain, we salute him for his kind gesture.

Featured images adapted from Facebook and GIVE.asia, for illustration purposes only.