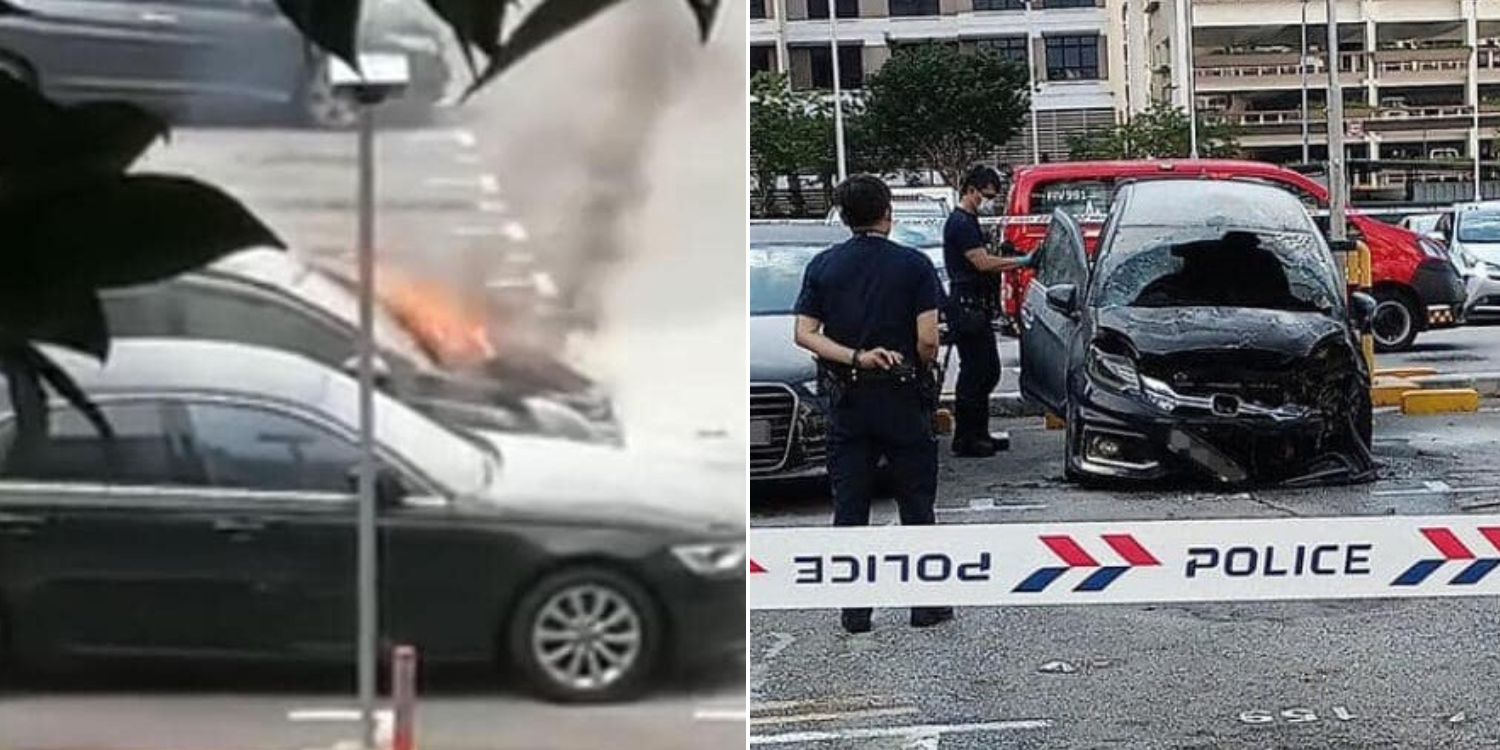 Sometimes, drivers may be prompted to buy a second-hand car due to its cheaper price.

However, they might have to consider whether they’re in good condition and won’t spring unexpected surprises.

After all, most buyers wouldn’t want to be in the position of the man whose used car burst into flames at Old Airport Road. 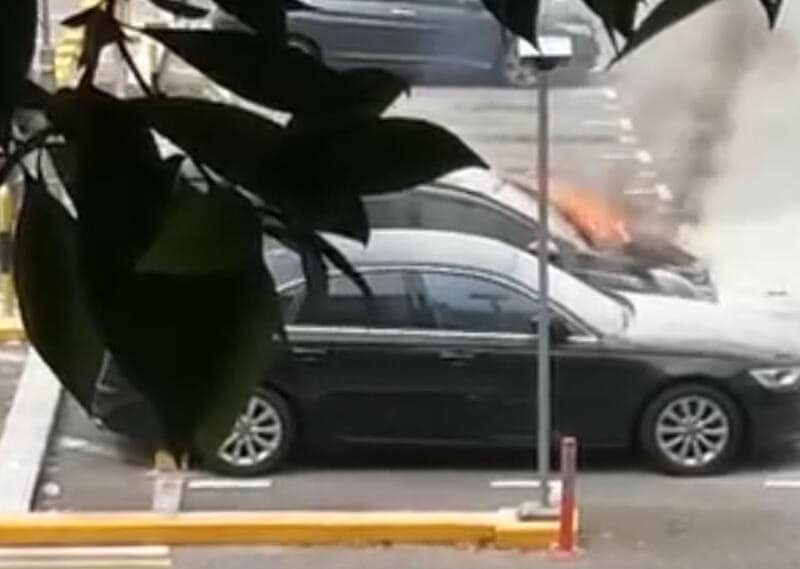 He had owned the vehicle for only 10 days.

Eyewitnesses first saw the engine of the car, which was parked in the open-air carpark outside Old Airport Road Food Centre, emitting smoke. It then burst into flames.

When the police arrived at the scene, an officer attempted to extinguish the fire. 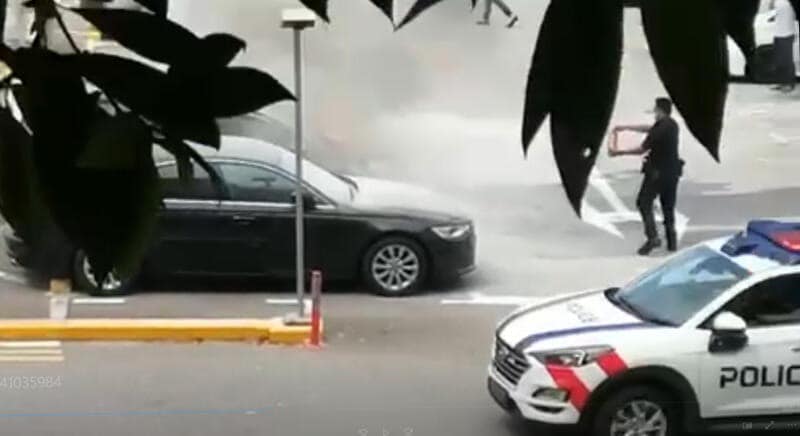 Owner may have had fortunate escape

The car’s owner, 52-year-old business consultant Mr Xie, said he’d parked the car outside the food centre while he went in for lunch.

This may have been a fortunate escape for him, as at least he wasn’t in the car when it caught fire.

When he emerged after his meal, he saw smoke coming out from a car in the carpark.

He then realised upon getting closer that it was his car. 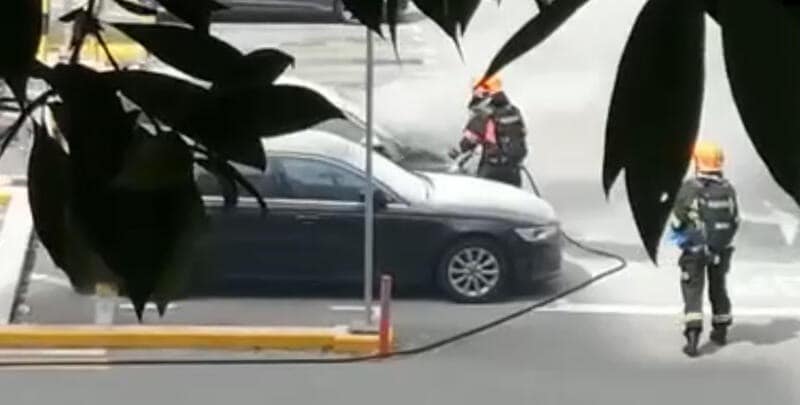 Half of car burnt to scrap

Unfortunately, after the fire, half his car ended up being burnt into scrap metal. 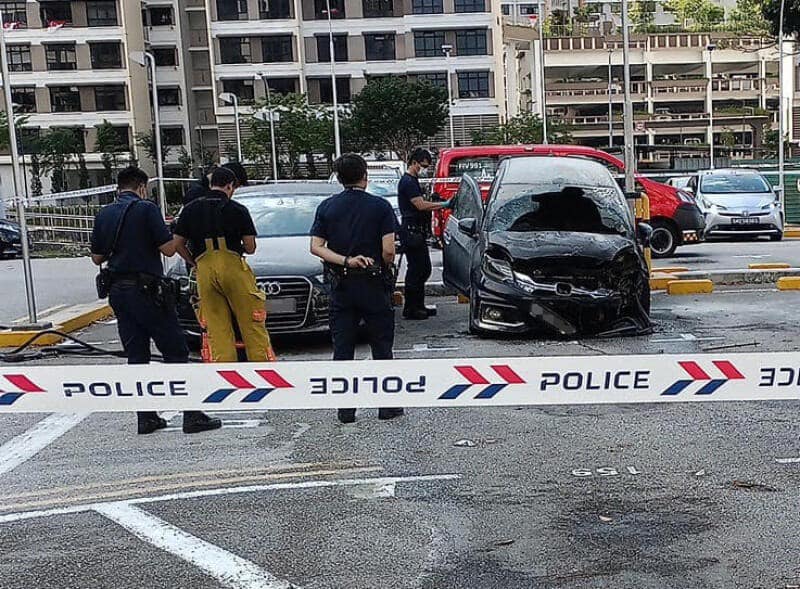 Mr Xie had no idea why the car caught fire, and thus felt helpless.

There was no indication of any problems with the vehicle before the incident, he told Shin Min.

Owner had car for just 10 days

It turns out that Mr Xie had bought the car on 3 Aug.

That means he’d owned it for just 10 days, so what happened was quite unexpected, to say the least.

In fact, he hadn’t even used it much — he went overseas the day after buying it, and his wife had driven out to buy groceries.

He’d paid S$70,000 for the vehicle, which the previous owner had used for five years before selling it to the dealer, Mr Xie said. 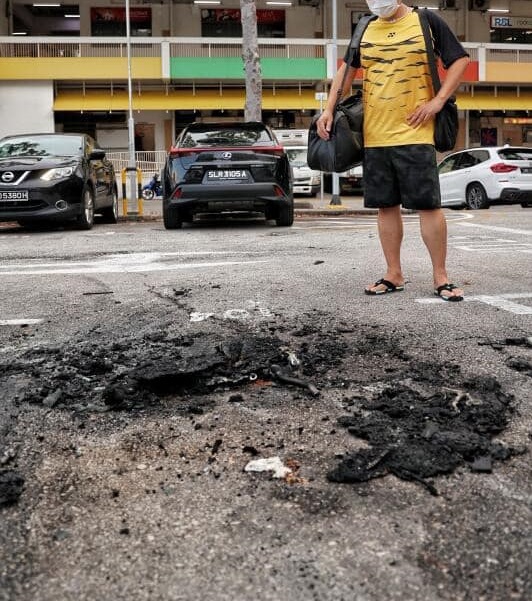 The SCDF is investigating the cause of the fire, though no injuries were suffered.

Hopefully owner can find out cause of fire

While the owner was thankfully unharmed, it’s enough to make future buyers wary of cars that have been previously used.

Hopefully, he can find out why his car burst into flames.