Black Car Crashes Into Van On Expressway On 19 Sep

Sometimes your vehicle breaks down while on the road — that’s something you’ll just have to deal with. But one man was lucky to escape a worse fate when his van stalled on an expressway.

As the driver was about to get back into his vehicle, a car suddenly crashed into it. The man just barely avoids getting hit himself, as he dodges out of the way. 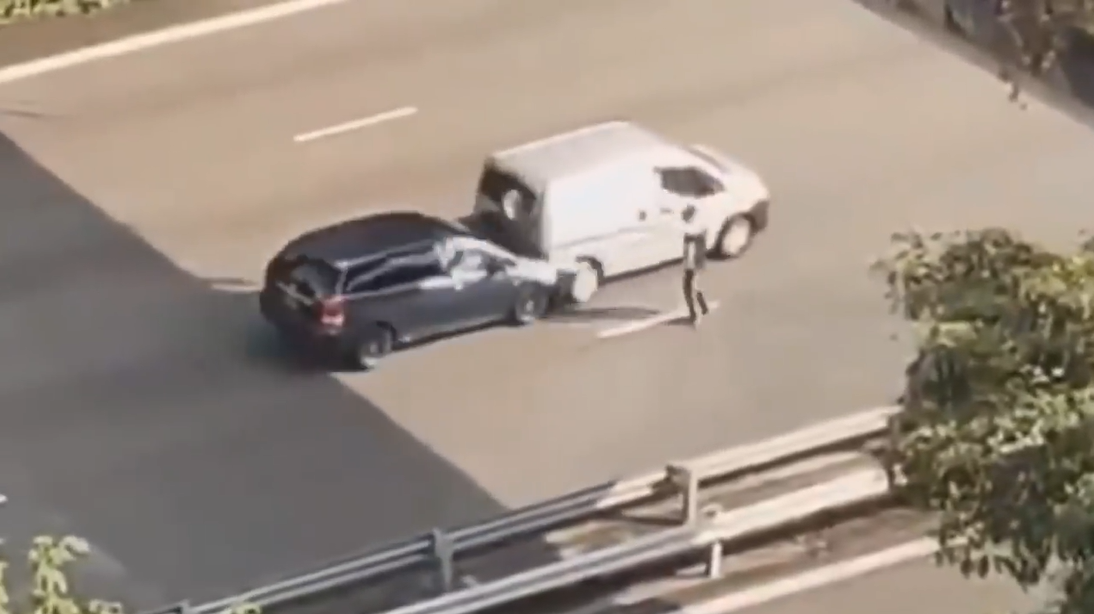 The footage of the man’s close shave was recorded on video today (19 Sep) and shared on Facebook group Our Singapore.

The man is driving along a certain expressway on the 2nd lane when his van appears to stall.

We’re not sure what the cause of the breakdown is, or if it broke down at all, but the man leaves the van in the middle of the lane.

This isn’t exactly the best thing to do on a busy expressway, as other motorists are still whizzing along at high speeds.

When the video starts, the man is jogging along the expressway a la Frogger back towards the van. Just as he’s about to get back into the van, however, a black car abruptly says hello, in the most painful way possible — by making contact at full speed. 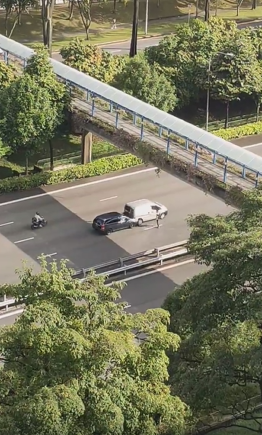 You can hear a loud bang upon impact, and the crash was such that the van travelled several metres forward.

While smoke begins emanating from the black car, while the driver is left stunned, still standing in the middle of the lane. This was how close the man was to getting hit at the time of impact, per another video shared by SG Road Vigilante.

He was certainly lucky to escape unscathed. You can watch the full video here.

Although some commented that the man could’ve driven to the left side when his van started to stall, perhaps there were other factors outside of his control.

We’re just glad that nobody appeared seriously hurt by the accident and the man can count his lucky blessings.