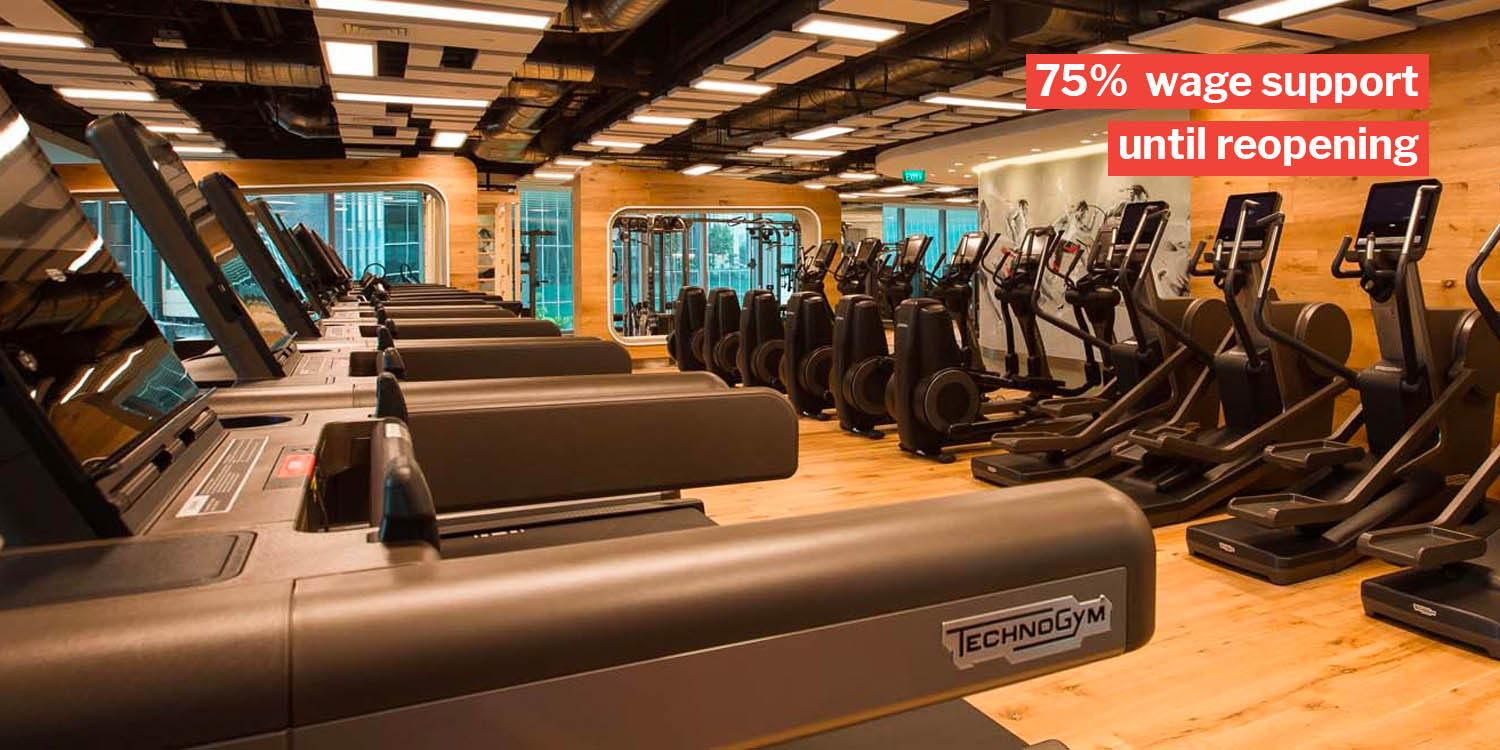 Previously, the JSS paid 75% of the first $4,600 of all Singaporean employees’ wages for the months of April and May.

During the Fortitude Budget announcement, Mr Heng said that all firms who cannot resume operations after the ‘Circuit Breaker’ will continue receiving 75% of wage support until August, or whenever they are allowed reopen.

Companies that will benefit from this package include movie theatres, gyms and fitness studios, and retail outlets.

Reviewed tiers of firms in JSS

The firms in different tiers of the JSS will be reviewed as well.

Now, companies in the aerospace industry, including maintenance, repairs, and operations will receive 75% wage subsidy.

Wage subsidy for the built environment sector, including construction, will also be raised from 50 to 75%.

However, the 75% support will only apply for wages between Jun and Aug 2020.

Eligible firms will receive the funds as a back-payment as a top-up to the amount they received previously. This will be included in their July payouts.