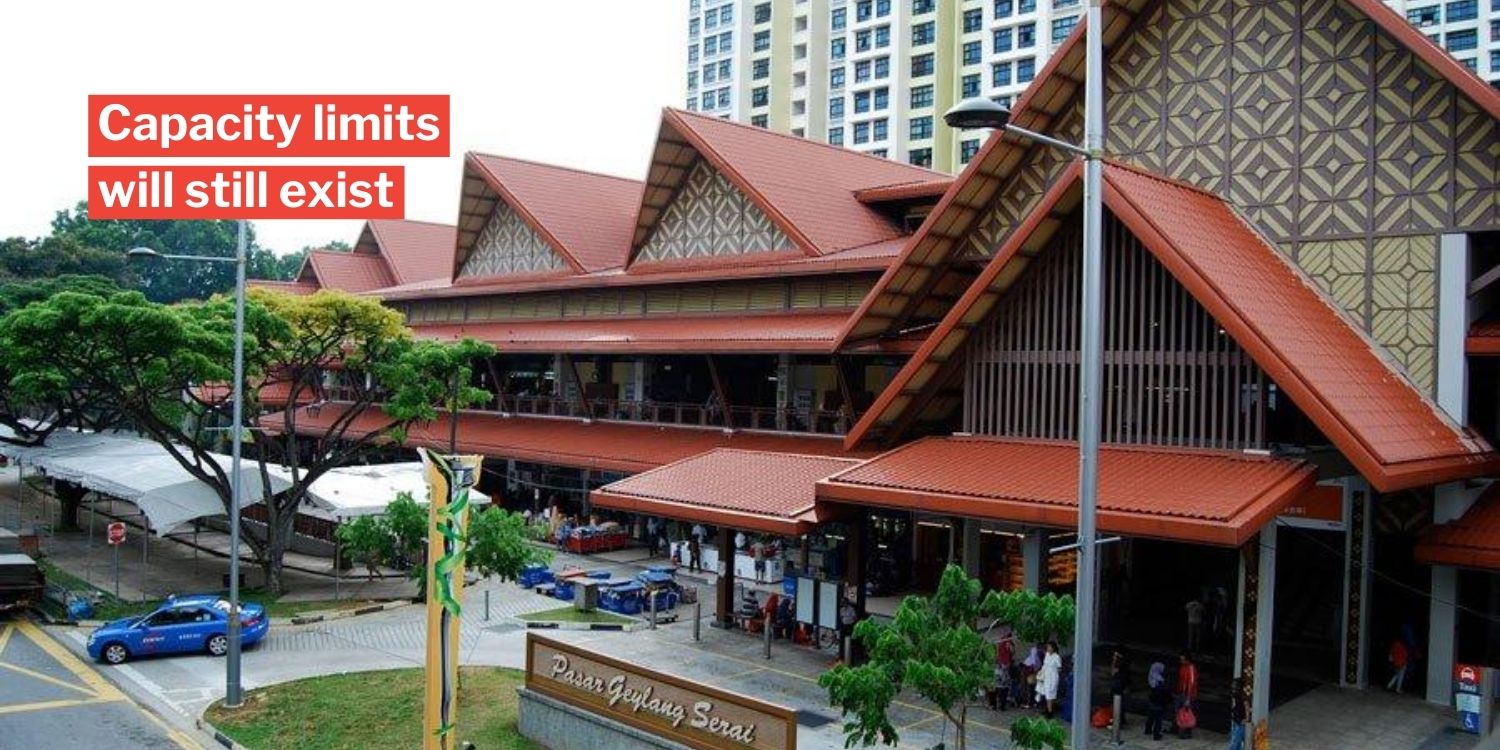 Back in April, in the middle of the ‘Circuit Breaker’, supermarkets and wet markets in Singapore were getting too crowded as Singaporeans shopped for their daily necessities amid the closure of most other shopping outlets.

Thus, entry restrictions were placed to thin crowds. In particular, 4 popular wet markets could only be entered by people on alternate days, based on their NRIC numbers.

Now, as these measures have effectively reduced numbers at these wet markets, NRIC-based entry will be scrapped on Thursday (13 Aug), and shoppers can now enter anytime subject to the usual capacity limits.

During the ‘Circuit Breaker’ the high traffic at some supermarkets and wet markets in Singapore caused enough concern that the Government stepped in to reduce the crowds.

4 wet markets in particular were so crowded that the authorities implemented an NRIC-based entry system.

These 4 wet markets were:

On 19 Apr morning, Geylang Serai Market saw 200 people waiting in line to enter and a 30-min waiting time, said then Minister for the Environment and Water Resources Masagos Zulkifli. 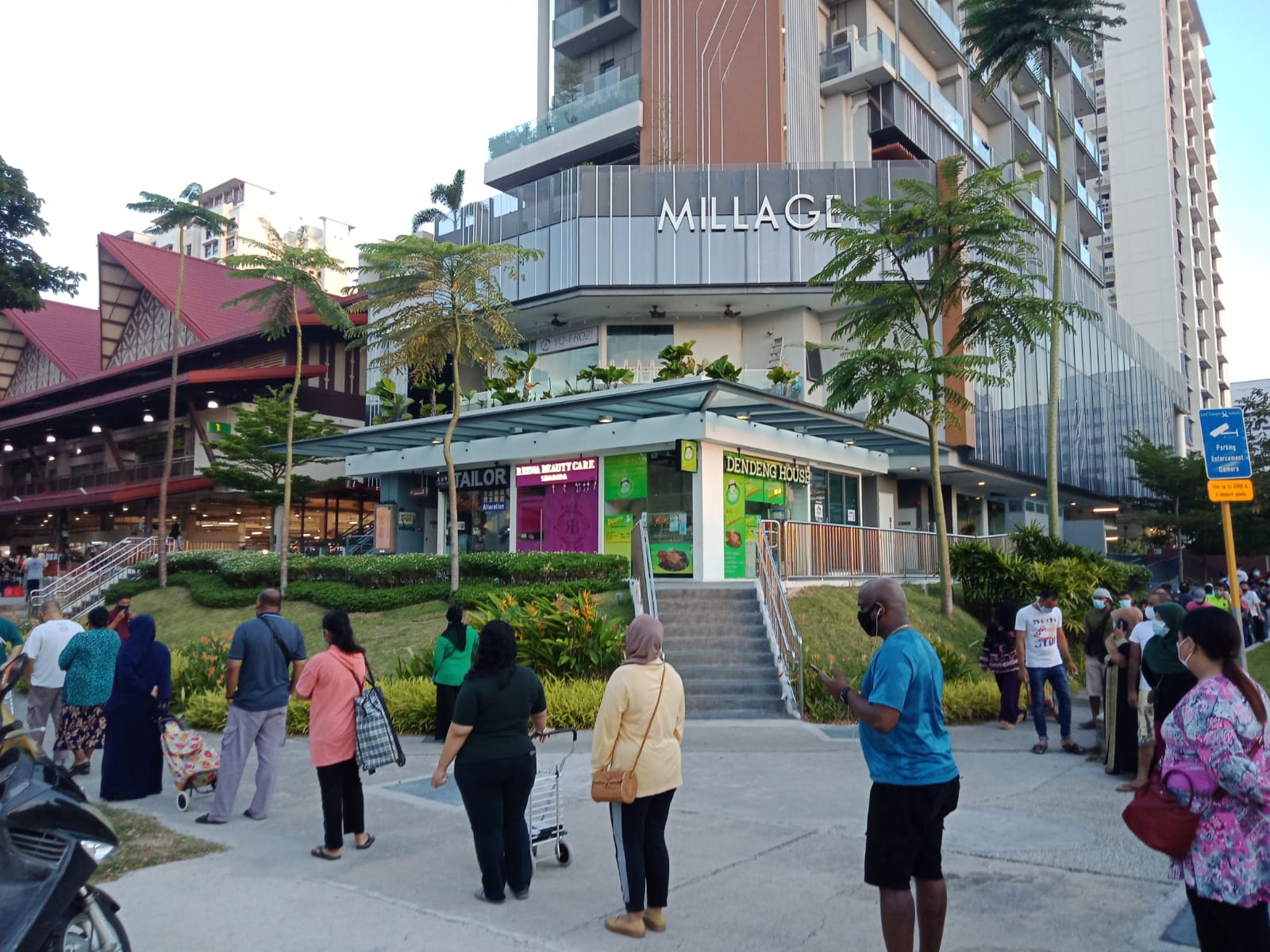 Thankfully, the situation isn’t like that any more, as the crowds have eased significantly.

That’s what the National Environment Agency (NEA) said in a media statement on Tuesday (11 Aug) updating the public on the situation.

Upon close monitoring of the 4 wet markets over the last 3 months, the NEA observed that the queues outside these markets have been reduced.

It’s improved up to the point that little or no queues form outside on weekdays, while some queues form on certain weekends.

The NEA estimated that the crowd is about 20% to 40% more on weekends compared with weekdays.

NRIC-based entry system has worked, will be scrapped on weekdays

That’s enough, however, for the agency to declare that the NRIC-based entry system has worked.

Thus, it’s going to be scrapped on weekdays from Thursday (13 Aug), the NEA said.

However, the restrictions will remain on weekends.

That means if it’s a weekday, anybody can enter. But if it’s a weekend, you’ll be able to enter only if the oddness/evenness of the last digit of your NRIC number matches the date.

The NEA hopes that will encourage shoppers to visit on weekdays instead of weekends. 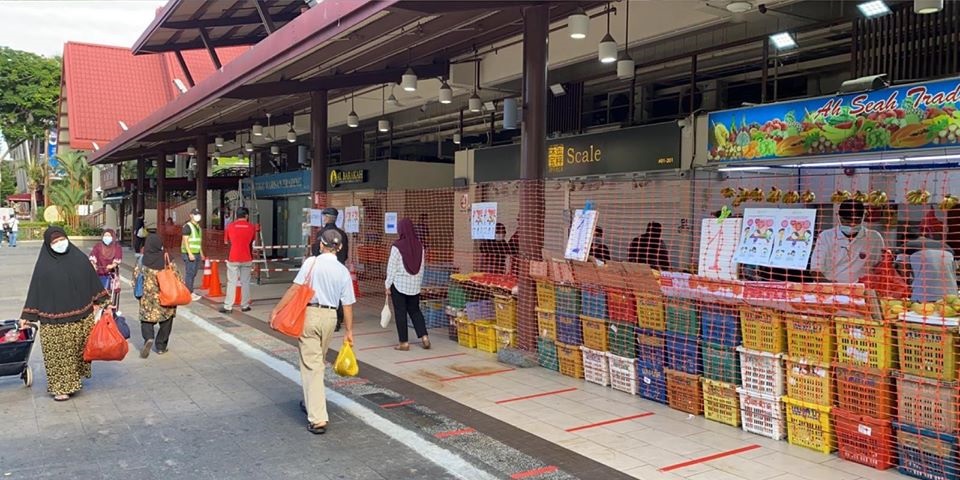 Safe distancing will still be enforced

Just because we can enter on any weekday, though, doesn’t mean there won’t be safe distancing protocols to follow.

There will still be a limit on how many people can enter the markets at any one time.

Also, shoppers are advised to visit on weekdays when possible.

If they have to visit on a weekend, they’re urged to come during 10am to 12pm.

That period was described as “non-peak” by the NEA, which said that the crowd at that time is up to 50% less.

Fresh produce will be available at the market up till 12 noon, it added.

While the measures may be eased, don’t all rush to the markets at once.

Shoppers are advised to check the Space Out website to find out information about queues and crowd sizes pertaining to these wet markets.

These measures can always be reimposed if they get too consistently crowded as before.