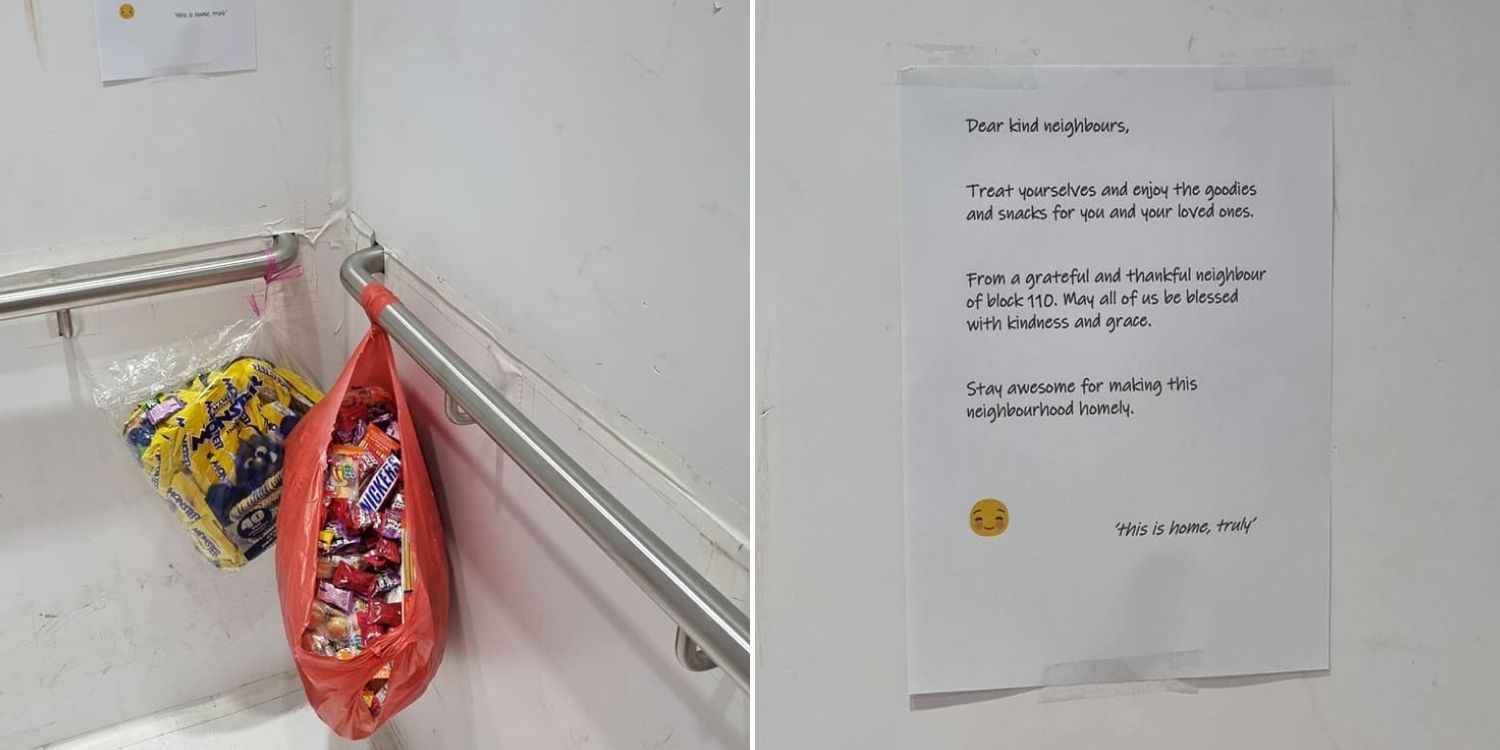 This is home, truly.

For some Singaporeans, National Day might have lost some of its spirit as we’re still living with restrictive measures due to the pandemic.

With the National Day Parade postponed and gatherings limited to 2, many will be moping around at home.

One resident in Whampoa, however, is still grateful for all that we have and has decided to share the joy with neighbours.

So they left snacks in the lift for all to help themselves to. 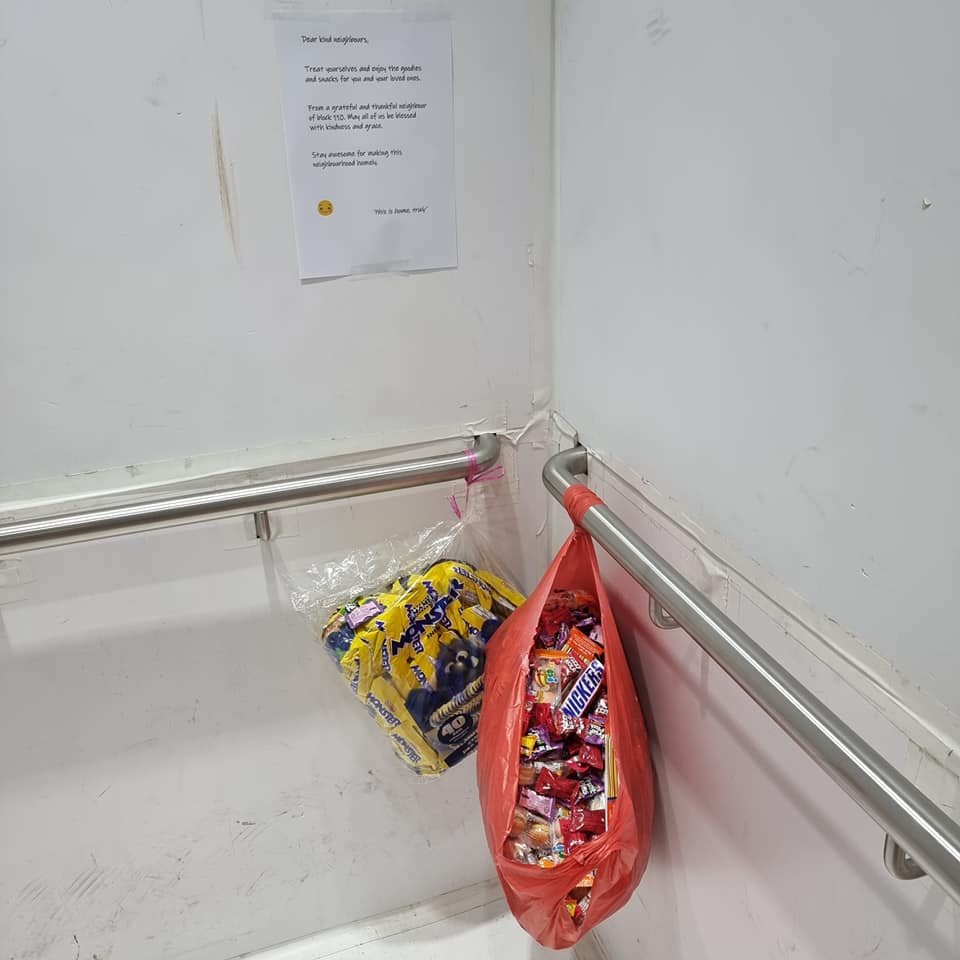 The accompanying note warmed our hearts so much that spending National Day at home doesn’t seem so bad after all.

Netizen thanks neighbour for deed

A photo of the snacks was posted in the Complaint Singapore Facebook group, though the OP made sure to say that it wasn’t a complaint.

Instead, Mr Wilson Soh wanted to share what his neighbour did, and thank them for it.

From the photo, we can see that they left a huge bag of mamee snacks, as well as sweet goodies like a Snickers bar.

They were found hanging on the handlebar of a lift in Block 110, Whampoa Road. 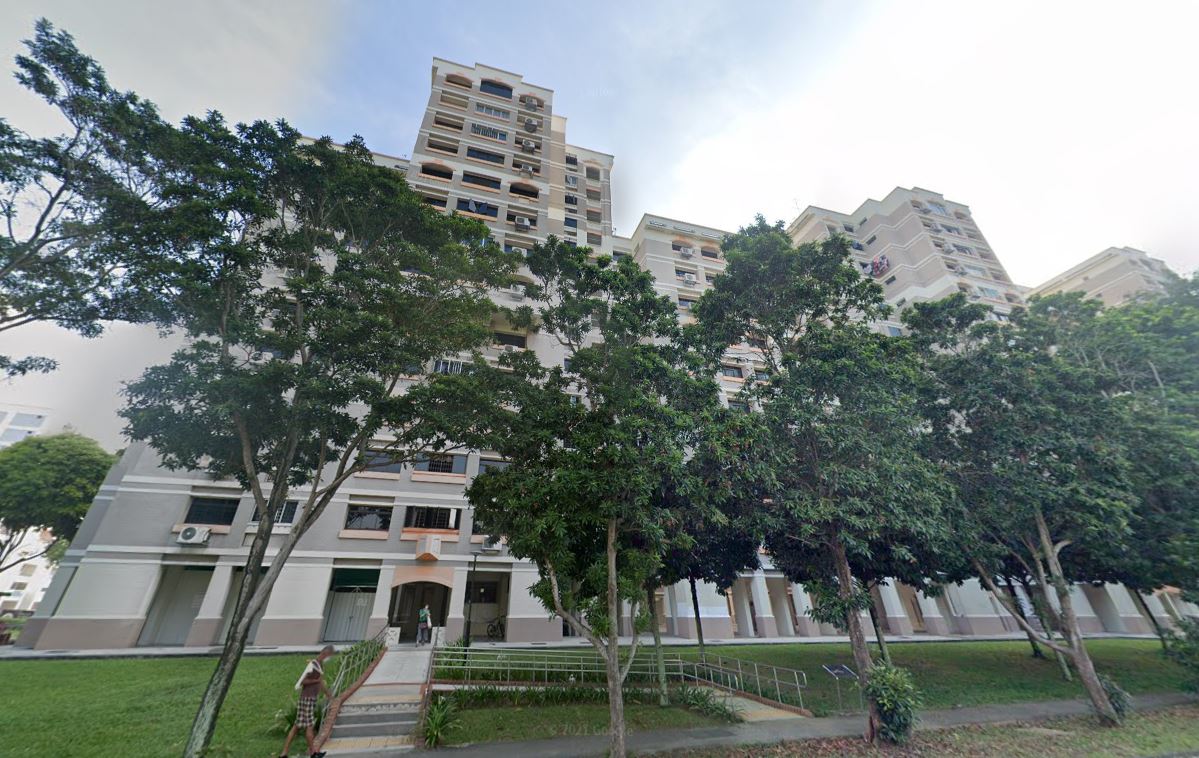 Resident wanted to give neighbours a treat

It confirmed that the snacks weren’t left behind by a forgetful person, but intentionally placed there to give neighbours a treat. 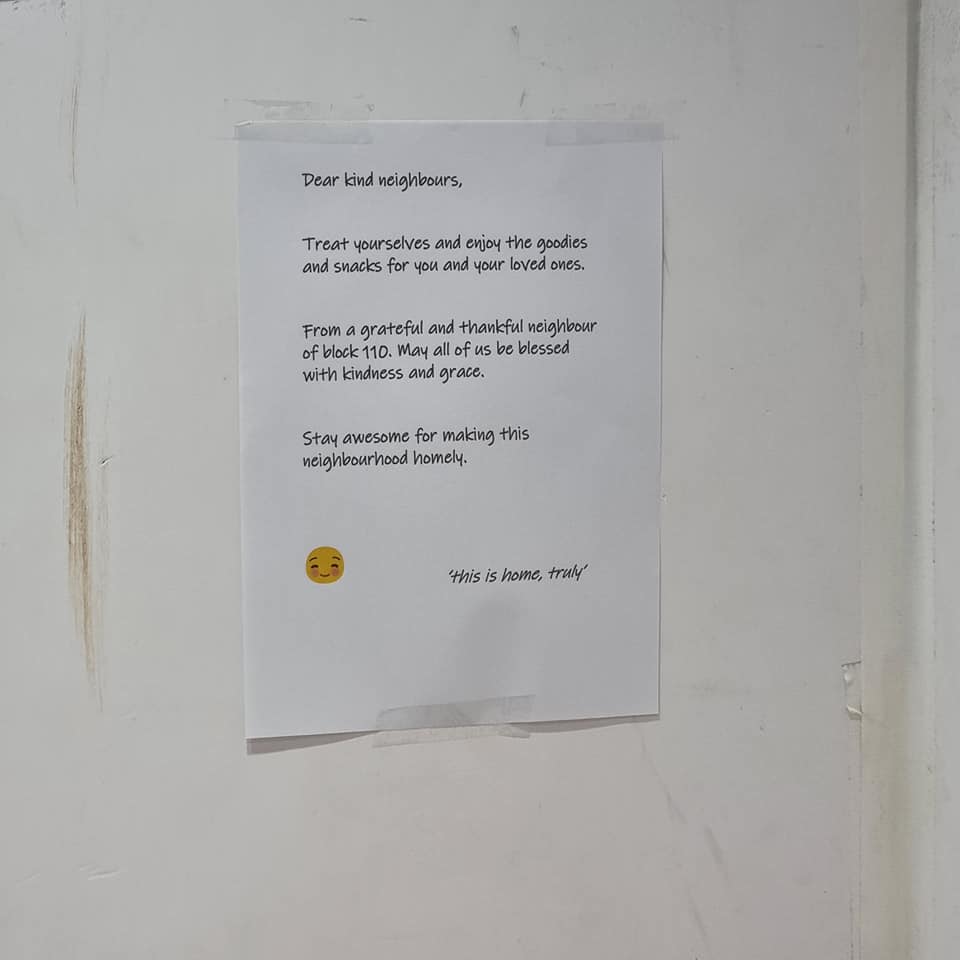 Apparently, the resident who placed them there is “grateful and thankful”, and wants to bless the other people who live there with kindness and grace.

They’re also really glad to live in a homely neighbourhood with “awesome” residents.

He or she signed off with a line from popular National Day song “Home”,

This is home, truly.

The post was well-received by netizens, whose hearts were also warmed by the wonderful neighbour.

After so many reports of inconsiderate neighbours, it’s nice to know that there are those that truly want to forge bonds and embody the kampung spirit.

As we celebrate a quieter National Day at home, perhaps it’s time to mark the occasion with small but kind gestures to your family and neighbours.

Like the Whampoa resident, maybe we should be thankful for what we have instead.

After all, our relative good position amid the Covid-19 pandemic is something to be cheered.

As we look to our future, let’s hope for a more united Singapore. Happy National Day!