How far would you go to help a stranger in need?

A kind-hearted netizen shared a heartbreaking story on Facebook about a scene he witnessed on Monday (24 Sep) in Toa Payoh.

An Honestbee delivery man in a motorised wheelchair was met with indifference when he asked for directions on a bus.

Apparently, passengers present were “clearly unhappy” that his mobility device was blocking their way.

We summarise the post, and explain why we think Singaporean society can do much better than this. 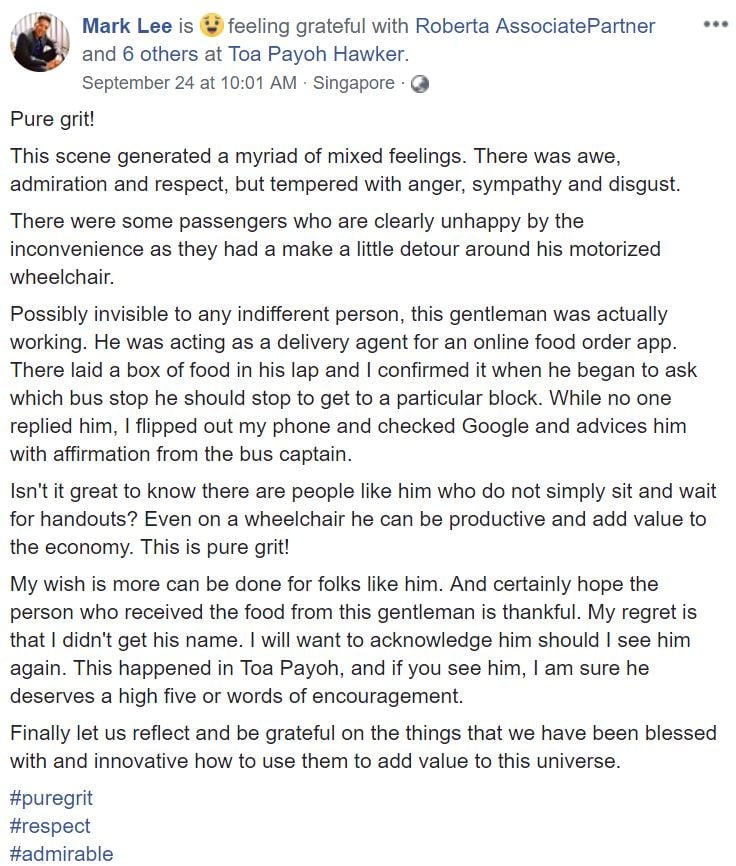 Mark Lee was onboard a bus somewhere in Toa Payoh when he saw a gentleman in a motorised wheelchair enter the bus. 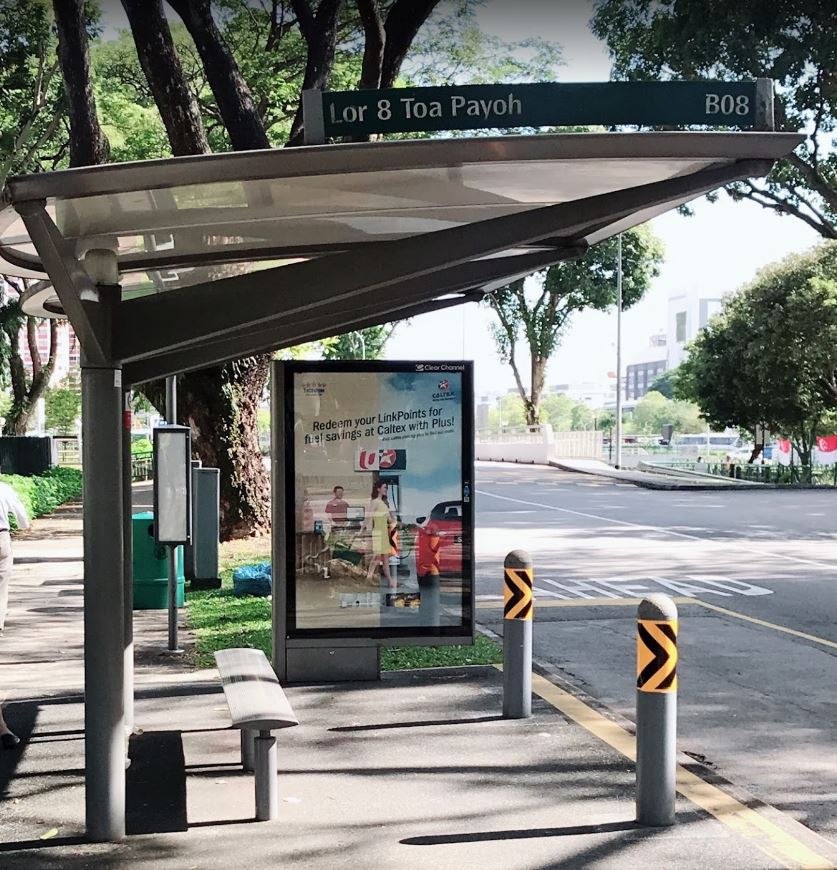 He describes seeing some passengers who were “clearly unhappy” by the inconvenience as they had to “make a little detour” around his mobility device while boarding.

Treated as if he were ‘invisible’

As the man was clad in the unmistakably bright yellow uniform of Honestbee – an online food delivery service – and had “a box of food in his lap”, Mr Lee guessed that he was in the midst of a delivery. 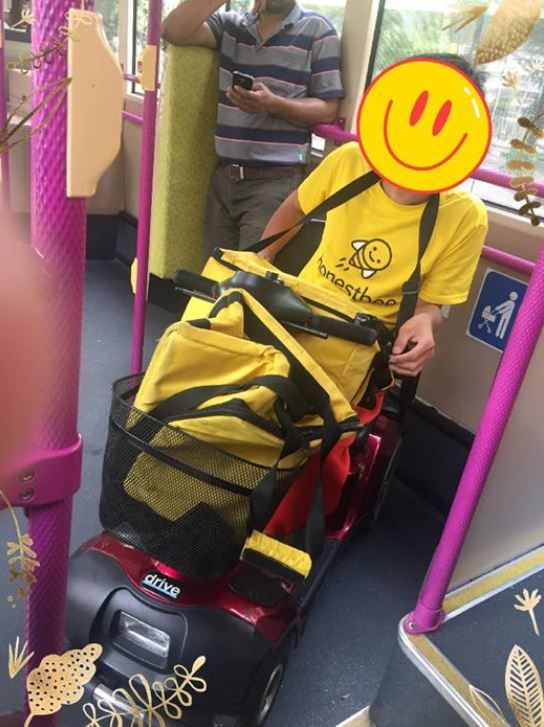 His suspicions were confirmed when the gentleman began to “ask which bus stop he should stop to get to a particular block”.

The Honestbee rider was then met with an awkward silence onboard the bus.

This left Mark extremely disappointed at the indifference the rider was met with, as he witnessed first-hand how the man was treated as if he was almost “invisible”.

Unable to stand by and do nothing, Mr Lee whipped out his phone and consulted Google Maps along with the bus captain for directions.

He then passed on the information to the grateful rider, who got off at the right stop.

Reflecting on the state of our nation

Post-incident, Mr Lee reflected that he was heartened to see that this man didn’t let his disabilities get in the way of his productivity,

Isn’t it great to know there are people like him who do not simply sit and wait for handouts? This is pure grit!

He also wished to see more done for “folks like him” and shared his one regret — not getting the name of this gentleman.

Mr Lee concluded by encouraging anyone who sees him around Toa Payoh in the future, to share “words of encouragement” with the man, instead of politely ignoring him.

Mark eloquently began his post by stating that what he witnessed that day, ran him through a gamut of different emotions,

There was awe, admiration and respect, but tempered with anger, sympathy and disgust.

He hopes that through sharing the story, able-bodied Singaporeans can reflect on the little things they’re “blessed with”, and use them to “add value to this universe”.

We think his reflective piece about our apathy towards the less fortunate in our society couldn’t have come at a better time.

They roam among us, silent and stoic, each of them preoccupied with daily worries and errands to run — just like everyone else.

Most of them – like this Honestbee rider – choose to make the most out of the cards they were handed in life.

Is it too much to ask for all of us to lend an occasional hand to those in need of assistance?

A friendly smile, or a little more patience is all it takes.

I Was Helpless When My Mum Suffered Psychosis, Here’s What I Want S’poreans To Know About Mental Health