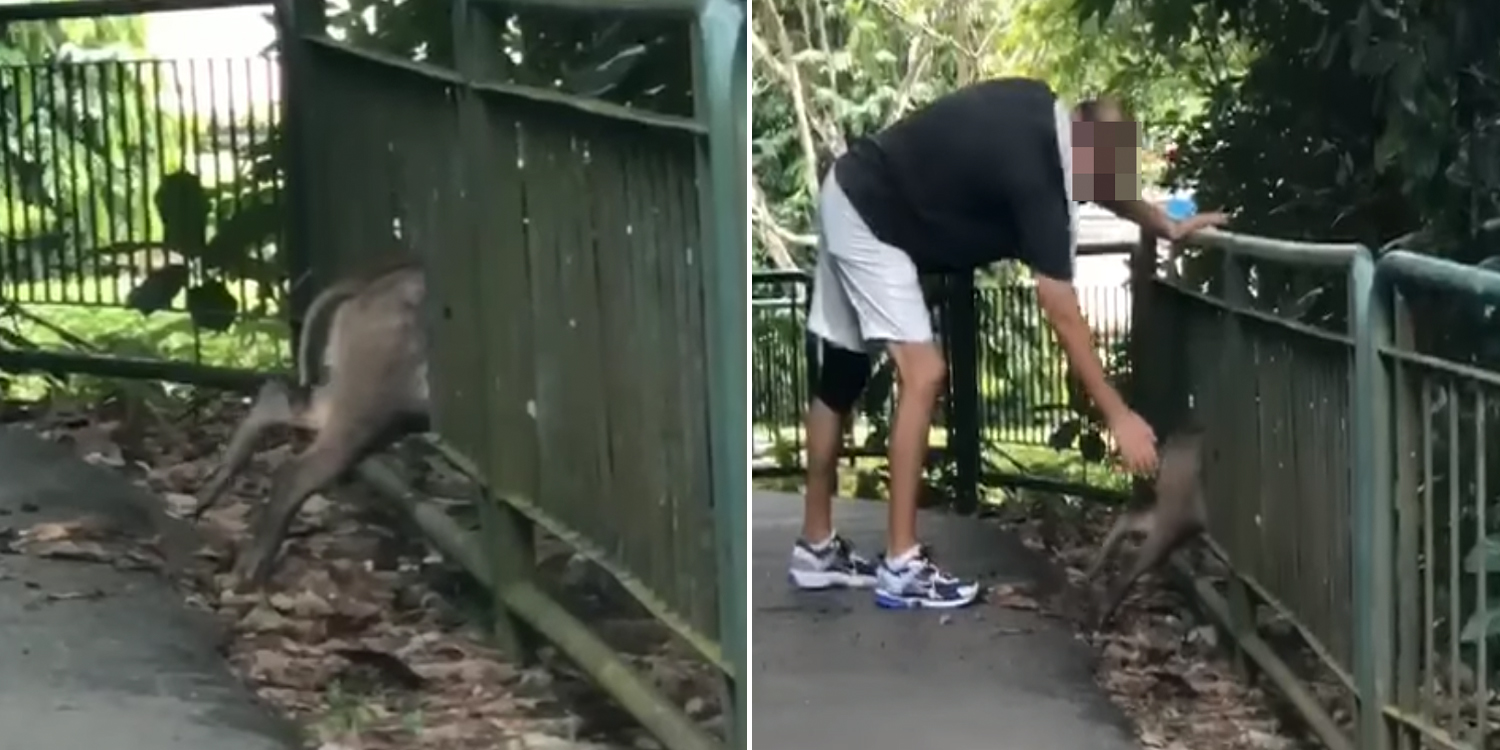 Wild boars often go to great lengths for food, as seen in the news last Sunday when one of them boldly raided a woman’s bicycle for curry puffs.

One wild boar, in particular, may have had one too many snacks recently.

On Thursday (26 Nov), a netizen shared a video on Facebook of a wild boar getting stuck in between pathway railings at a park in Singapore.

A kind-hearted uncle who was passing by even tried to help the boar by giving it a gentle pat from behind.

As the clip begins, a wild boar can be seen staring at its friend who was stuck in between the railing. Meanwhile, another wild boar casually leapt across the railing, seemingly pangseh-ing his friend.

Another wild boar standing apprehensively at the side appears to contemplate for a while, almost as if it was in fear of sharing the same fate as his friend.

He then took a leap of faith by jumping through the railing beside his stuck friend. Wild boar gets stuck in between railing

But it appears the wild boar’s fears were not unwarranted, as he immediately gets stuck too. Loud squealing noises can be heard as both wild boars struggled to get through the railings.

After a short while, his friend – who got stuck first – managed to get through the railing and dashed off.

However, the other wild boar was left in the lurch and remained stuck in between the railing.

He desperately flails his legs, trying to free himself but to no avail.

The wild boar’s anxious squeals got audibly louder as it continued to struggle.

At that moment, an elderly man walked by and looked worriedly at the boar. 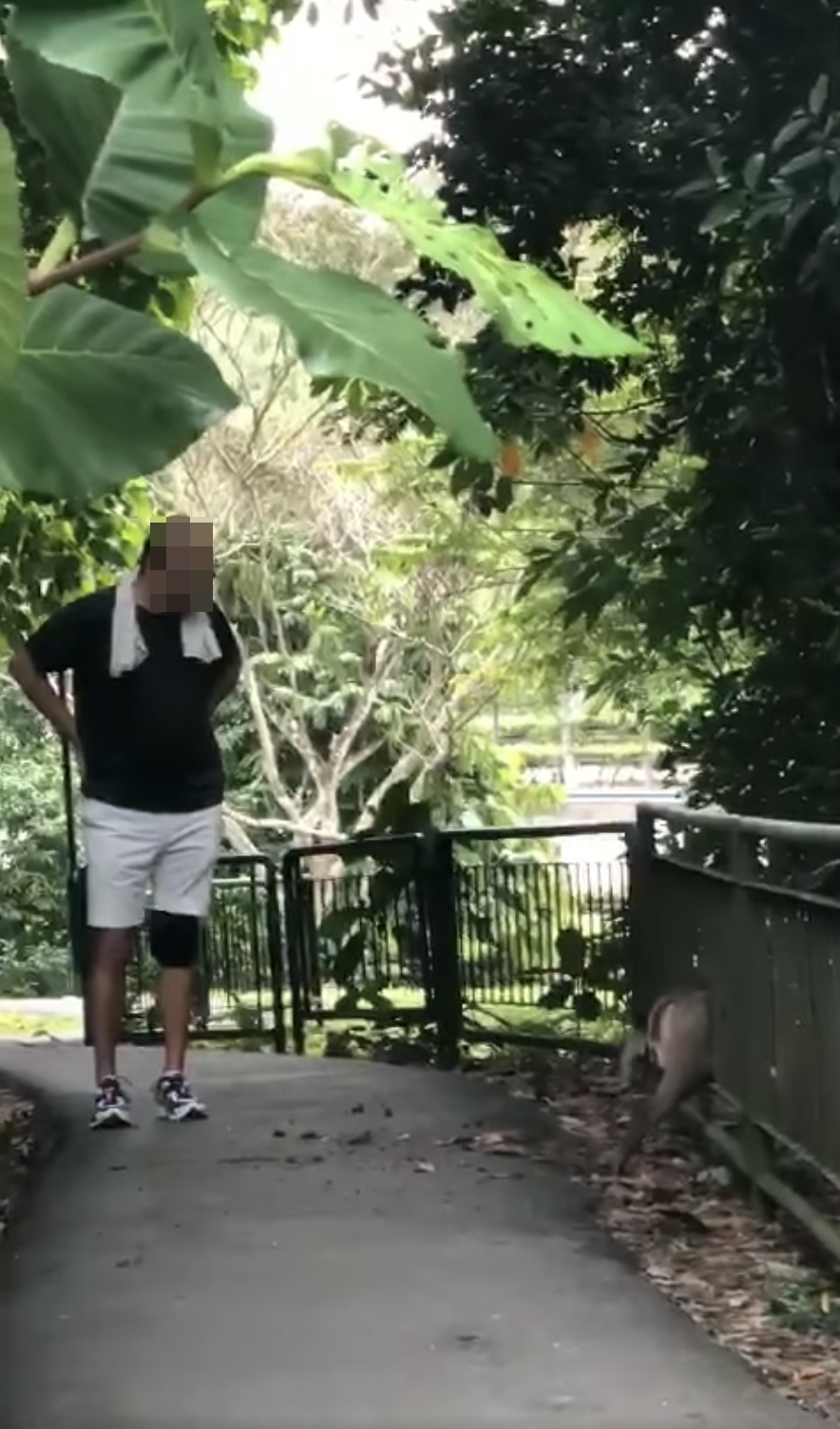 The kind uncle then decided to help the chonky boar out.

He appeared fearful initially as he approached, unsure of how to help.

But after spending a few moments observing, the uncle went ahead a gave it a few pats from the back. 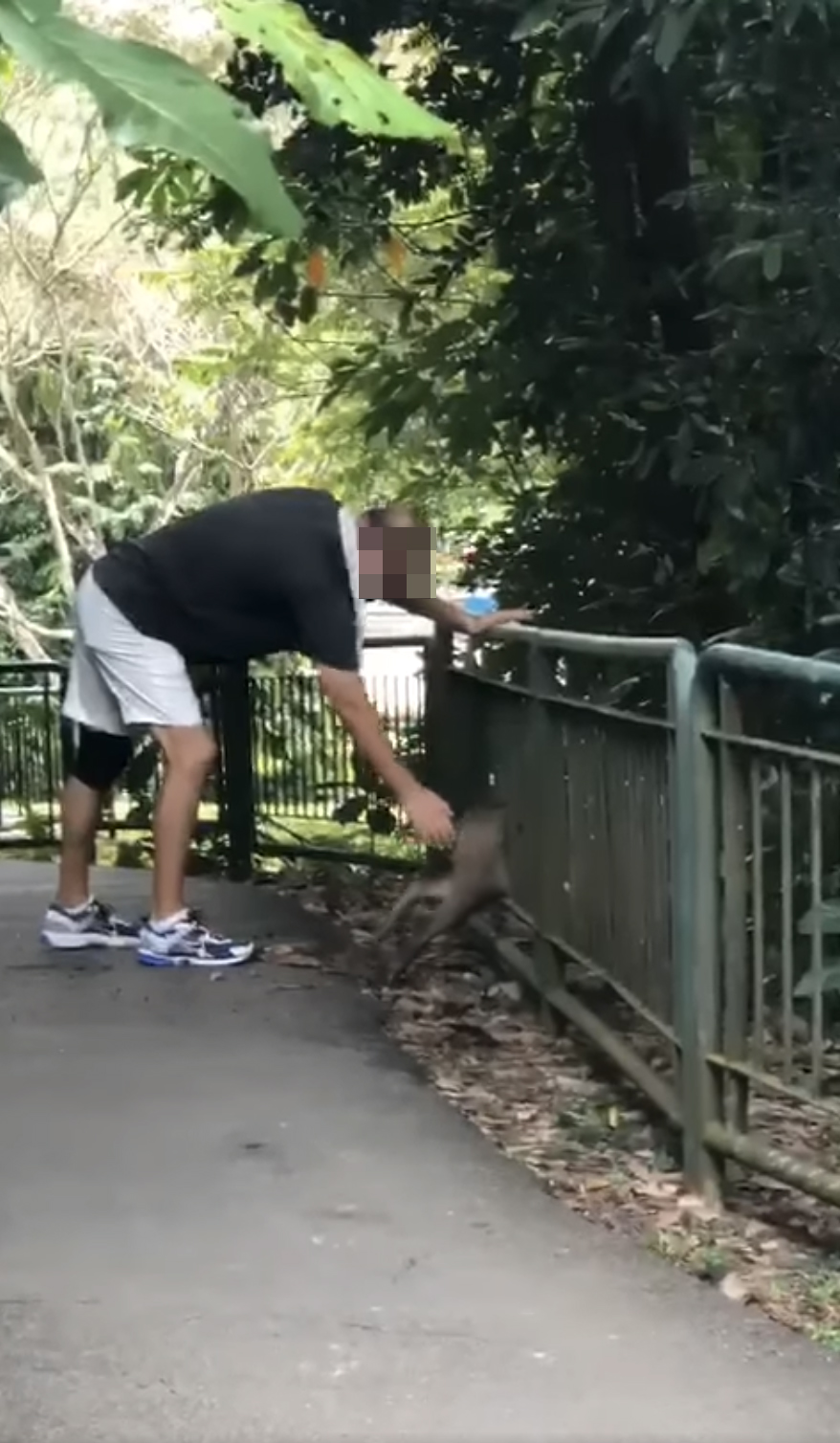 At one point, the uncle even tries to give it a stronger push by using both hands, but that didn’t seem to be of much help either.

Another voice in the background can be heard suggesting in Mandarin that the uncle could try to pry the railing slightly wider for the boar to go through.

In the end, the 2nd boar’s fate remains a mystery as the video cuts off with it still being stuck in between the railing.

Netizens certainly had a good laugh at the chonky boar’s unfortunate predicament.

That said, we hope the wild boar eventually managed to break free and escape from the railings.

While the uncle was being incredibly helpful and brave, he could also be putting himself in danger by coming so close to the wild boar. If other wild boars were nearby, they just might get aggressive.

If you ever encounter a wild boar or any other animals that are trapped or stuck, do contact ACRES wildlife rescue services at 9783 7782.