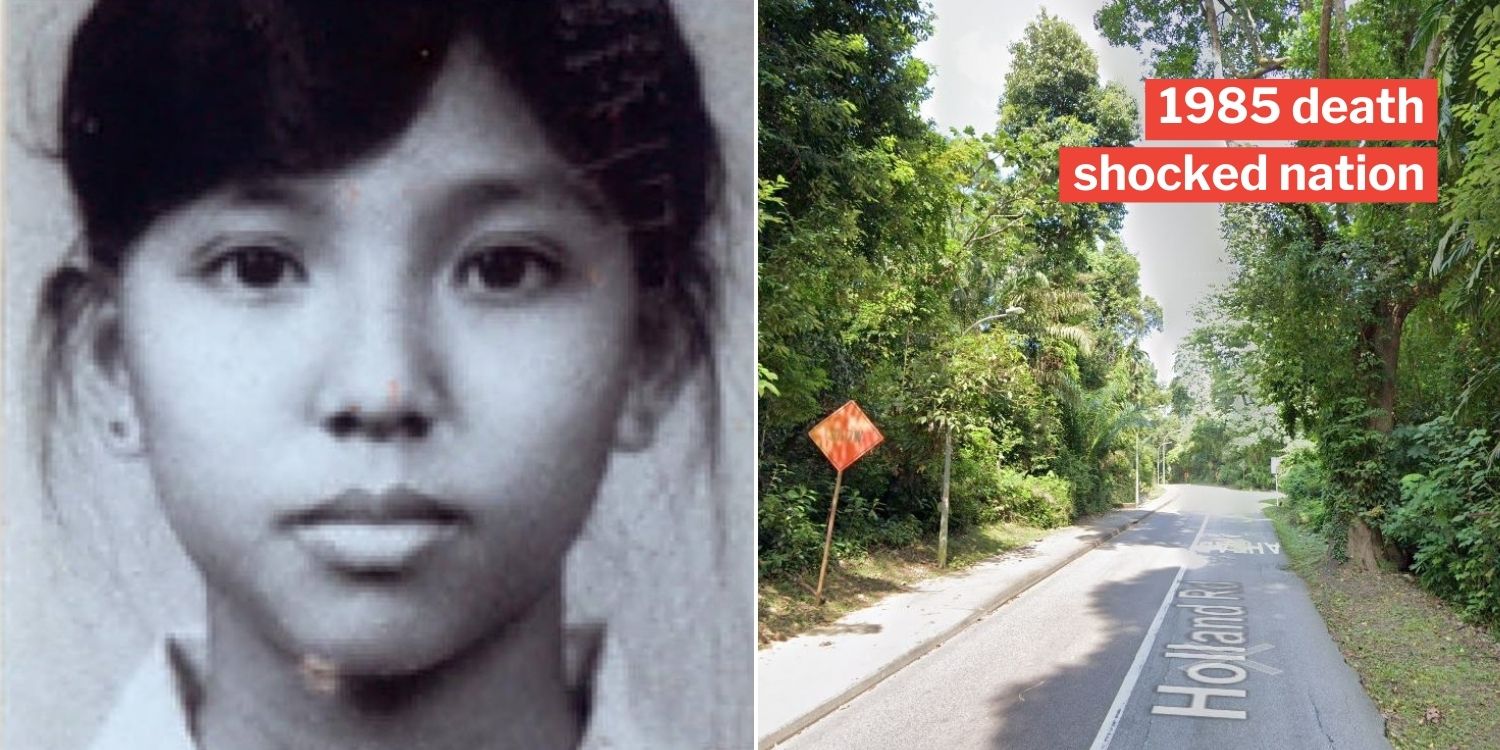 The Catholic JC student had a bright future ahead.

Singapore’s a relatively safe place, but now and then, people go missing or are murdered, with the culprit unknown.

Recently, cold cases of unresolved murders have been in the news. Fresh reports on the disappearance of Felicia Teo in 2007 resulted in a man being arrested and charged with her murder.

Thus, by digging up unresolved murder cases from the past, it’s possible that new leads will be found.

One of these cold cases is the case of 18-year-old Winnifred Teo, who was killed way back in 1985. 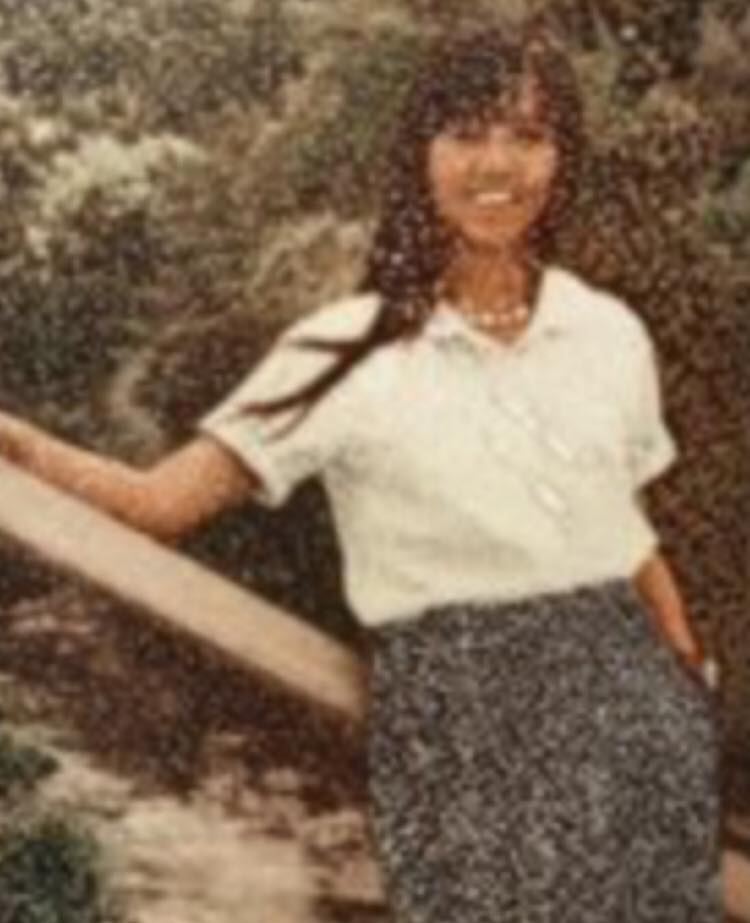 She left home for an evening jog in Holland Road

On May 22 1985, Winnifred left her home on Maryland Drive, which is off Holland Road.

According to news reports from the The Straits Times, she left at about 6pm to go jogging at Holland Road.

Those who’re not familiar with the area may not know that after joining with Ulu Pandan Road, Holland Road tapers off to a narrower and more “ulu” stretch. 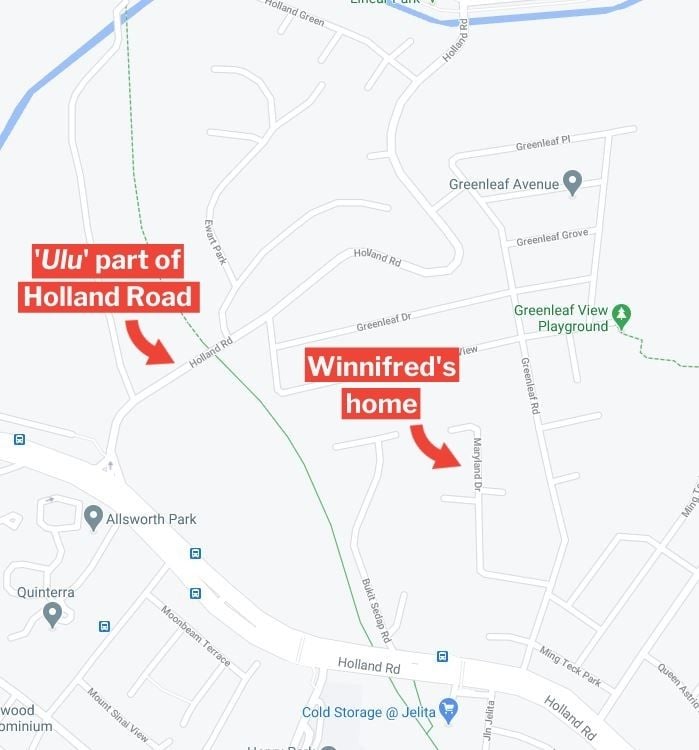 Here’s what this stretch of Holland Road looks like today. If it looks secluded to you, imagine what it was like in 1985, before road improvement works were done.

Body found in bushes the next day

When Winnifred didn’t return home, her mother made a police report.

The police searched the area the next day, and found her body among the bushes a few metres from the road. Her body didn’t have any clothes on, and a stab wound in her neck. Her hands were tied up with her own T-shirt and brassiere. 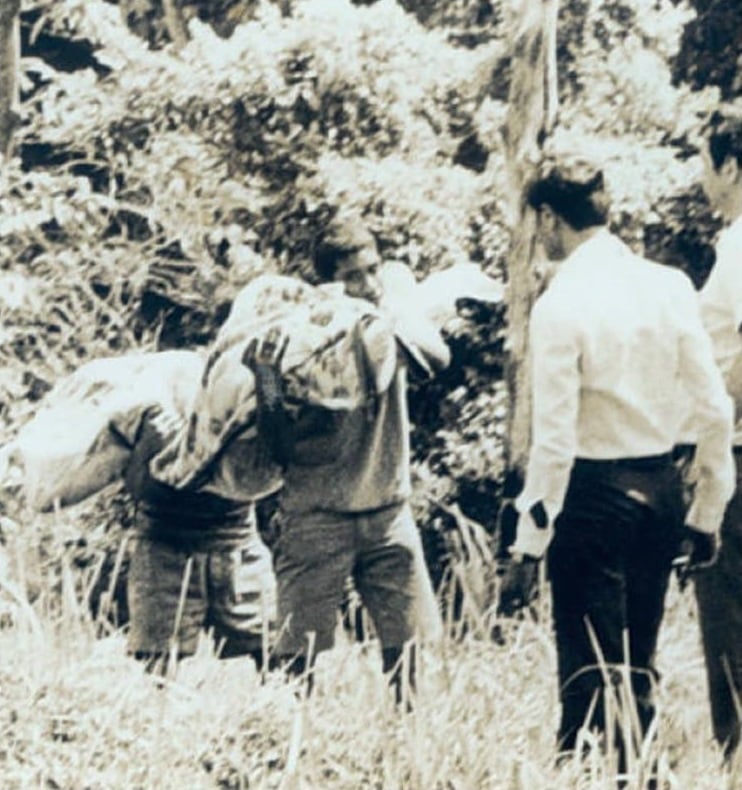 Her other belongings – black shorts, jogging shoes and watch – were found near the body.

The murder shocked the nation when it was reported in the newspapers. 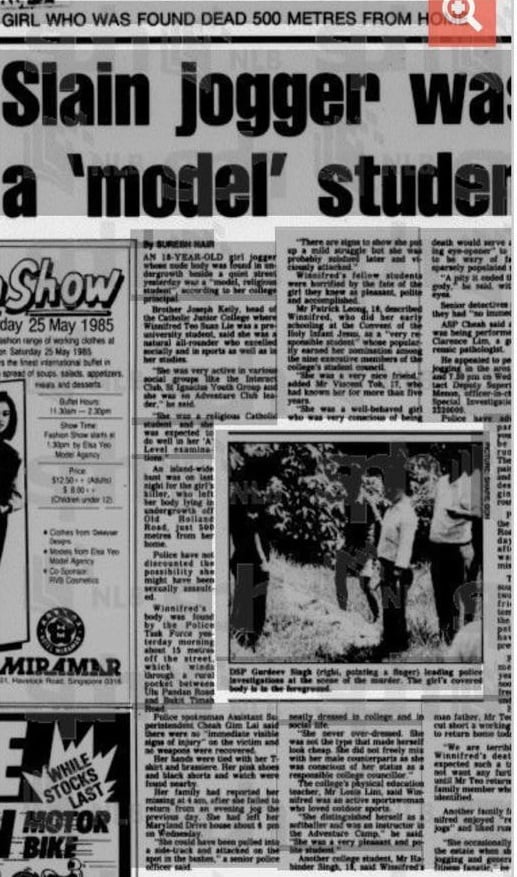 One reason was that Winnifred was a well-rounded pre-university 2 student at Catholic Junior College, who had many friends and did well in her studies as well as in sports.

She was also a student counsellor, devout Catholic who attended church regularly, and was expected to do well in her upcoming A-level exams. 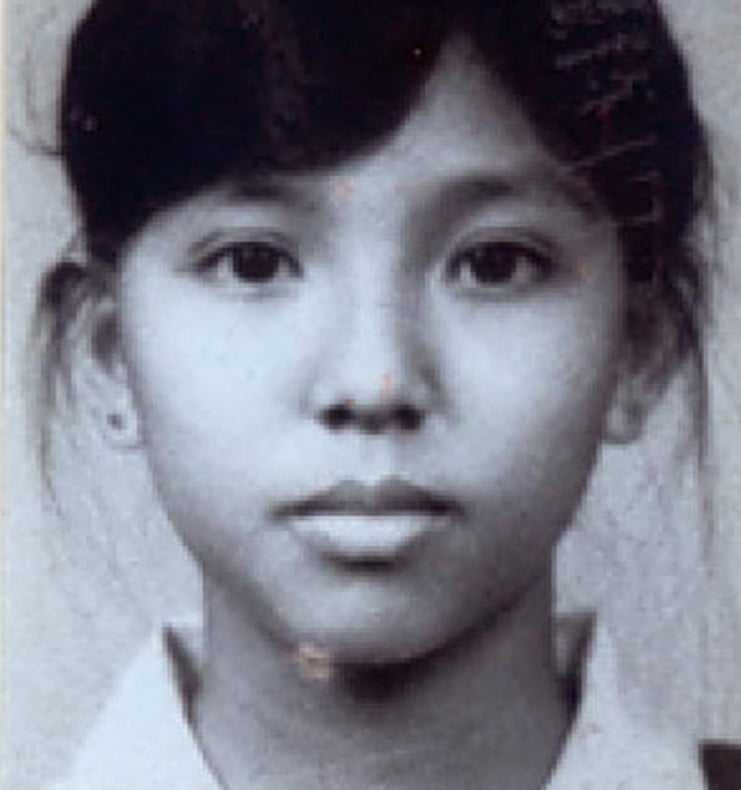 Looks like she had a bright future ahead, which was cruelly taken away from her.

She was 2nd of 3 children

Not to mention that Winnifred also came from a good family – her father Teo Koo Jim was a director of a timber firm, according to news reports.

At the time of the incident, he was in Munich on a business trip and cut it short to rush home. 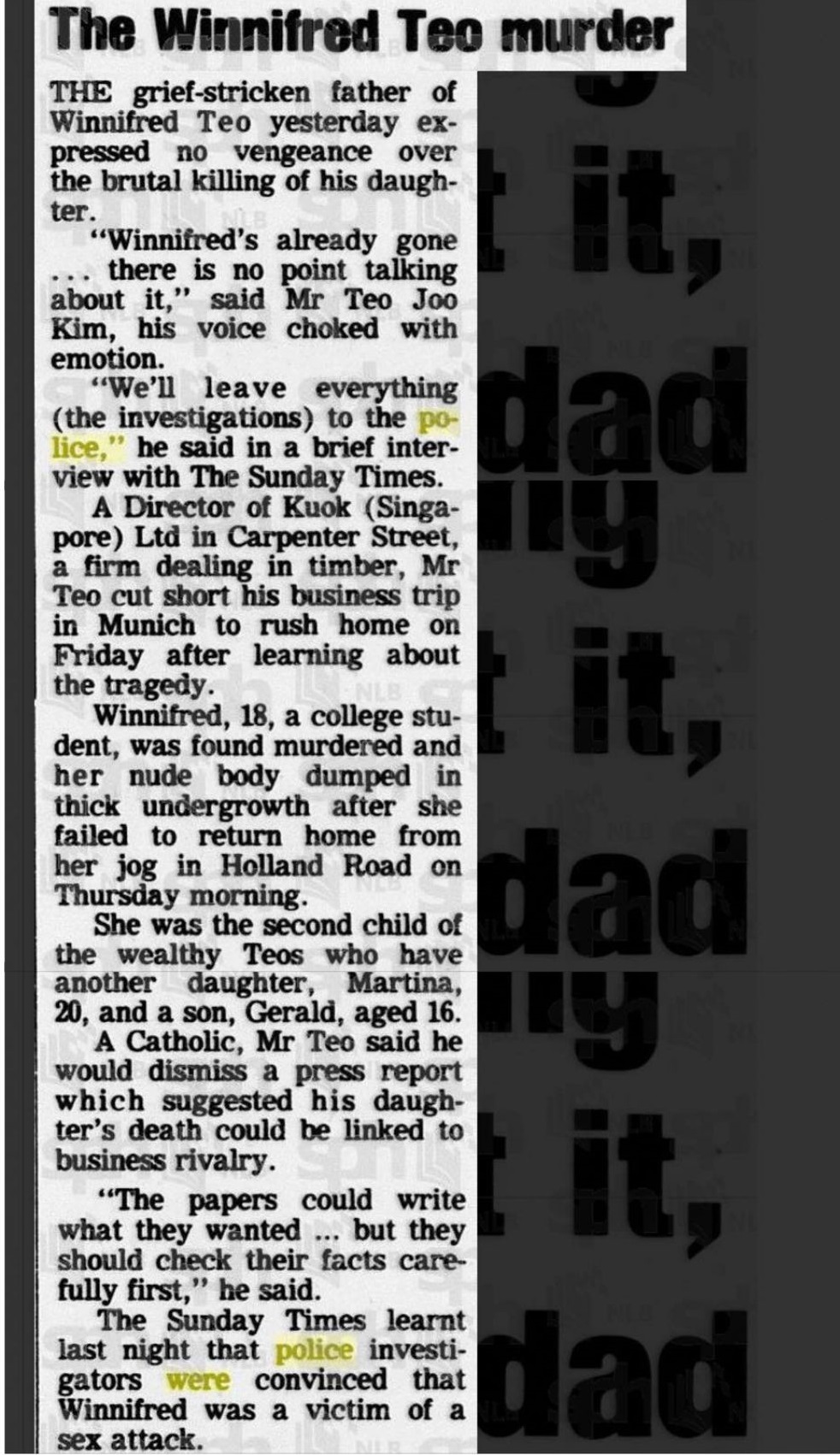 The wealthy family also has an elder daughter and younger son.

The media had speculated that Winnifred’s murder could be linked to a business rivalry, but Mr Teo rubbished the claim.

Instead, the police believe the girl had unfortunately been preyed on by a sex pervert.

The “ulu” stretch of Holland Road where her body was found was popular with joggers, reported ST, which said many people said they jogged in the area.

2 brothers who jogged there also remembered seeing Winnifred jogging or cycling there.

They said she often wore pink jogging shoes and brief shorts – the same attire found near her body.

In 1998, 19-year-old Ms Dini Haryati was raped and killed while walking to her home near Woodlands MRT station.

In 2000, 23-year-old Ms Linda Chua was raped and killed as she was jogging at Bukit Batok Nature Park.

These cases are also currently unresolved.

Man wanted for assaulting jogger at MacRitchie in 2003

Further to those, another similar case that may or may not be related came to public attention in 2003.

This time, a female jogger was fortunate to escape death with bruises when she was sexually assaulted at MacRitchie Reservoir.

The man ran away when other joggers passed by, according to a post by Crime Library Singapore (CLS).

A massive manhunt was conducted, but he wasn’t found. The police then released a photo-fit based on eyewitnesses descriptions. 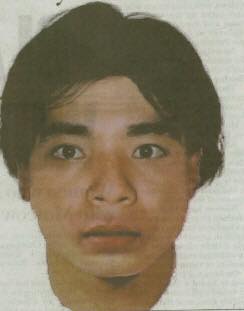 Is he linked to the 3 unresolved murder cases? It’s impossible to know at the moment.

New tip-off on another cold case

Although the trail has long gone cold on Winnifred’s case, what gives us hope is that new info has surfaced on 2 other cold cases recently.

Besides the case of Felicia Teo, there’s the case of 7-year-old Lim Shiow Rong, who was found dead on 25 Jun 1995.

After her family appealed to the public for info, they received a tip-off, some 26 years later.

The Criminal Investigation Department (CID) contacted the family, and they headed down to the CID office on Monday (18 Jan). 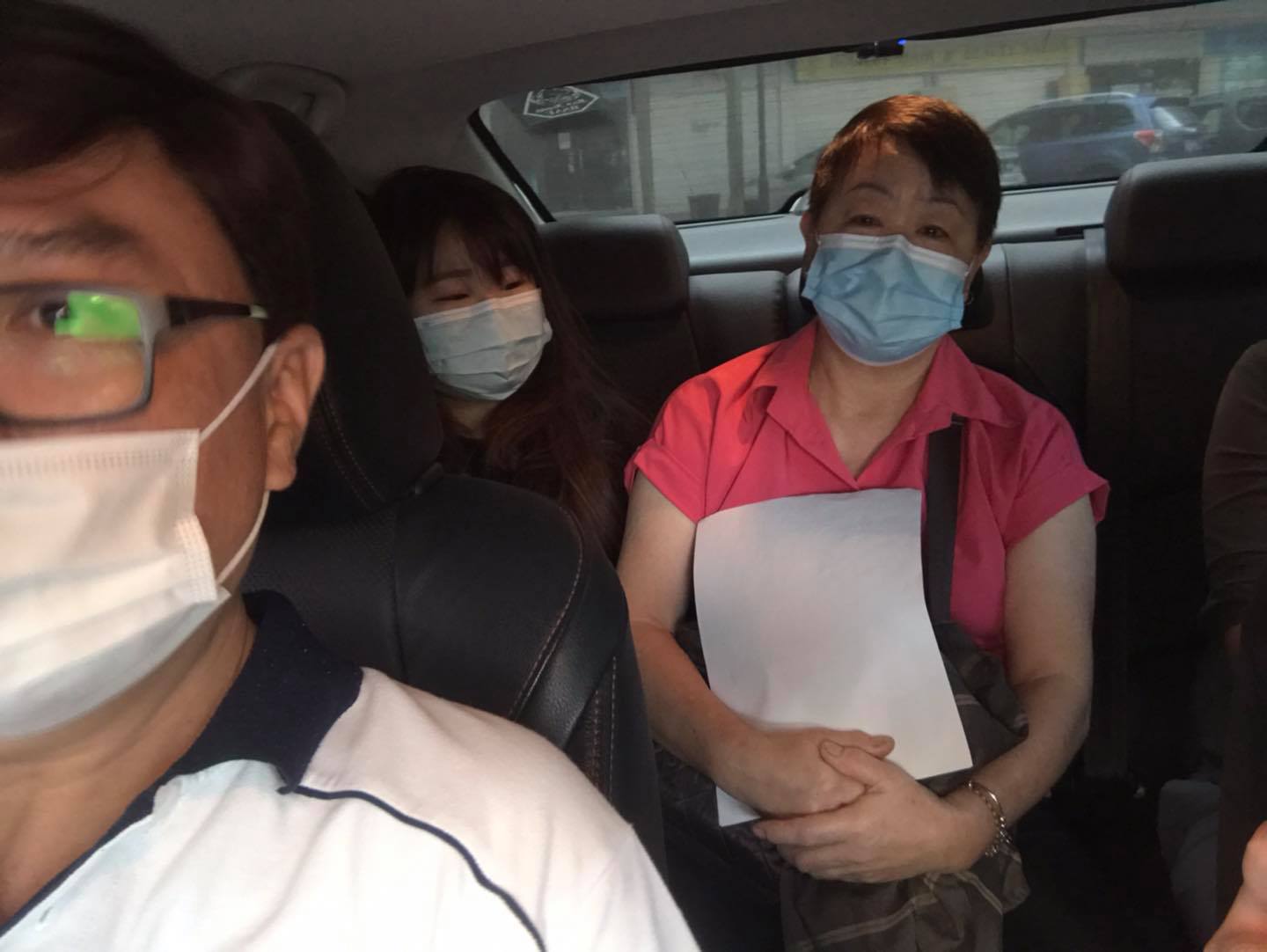 Hopefully, the CID can make headway given the new information.

Hope is always there

While Winnifred’s case has been unresolved longer than most, the fact that new leads have been found in these 2 other cases shows that there’s always hope.

If you have information on any of the unresolved cases, do contact CLS at 62935250, or the police.

Hopefully the truth can be found and there can be justice for Winnifred and the other victims.