She fell before SCDF officers could set up an air bag.

A widely-circulated video showed a woman hanging from a Eunos Crescent HDB window and then falling before Singapore Civil Defence Force (SCDF) officers could set up a safety air pack.

The woman was subsequently conveyed to Changi General Hospital.

The clip, which lasted more than two minutes, seemingly showed police officers standing at the foot of Block 36 Eunos Crescent.

The woman was standing on the ledge outside a fifth-floor window while holding on to the grille.

Despite the officers’ attempt to dissuade her, she eventually jumped from the ledge.

According to SCDF, she’d jumped before a safety life air pack could be set up. 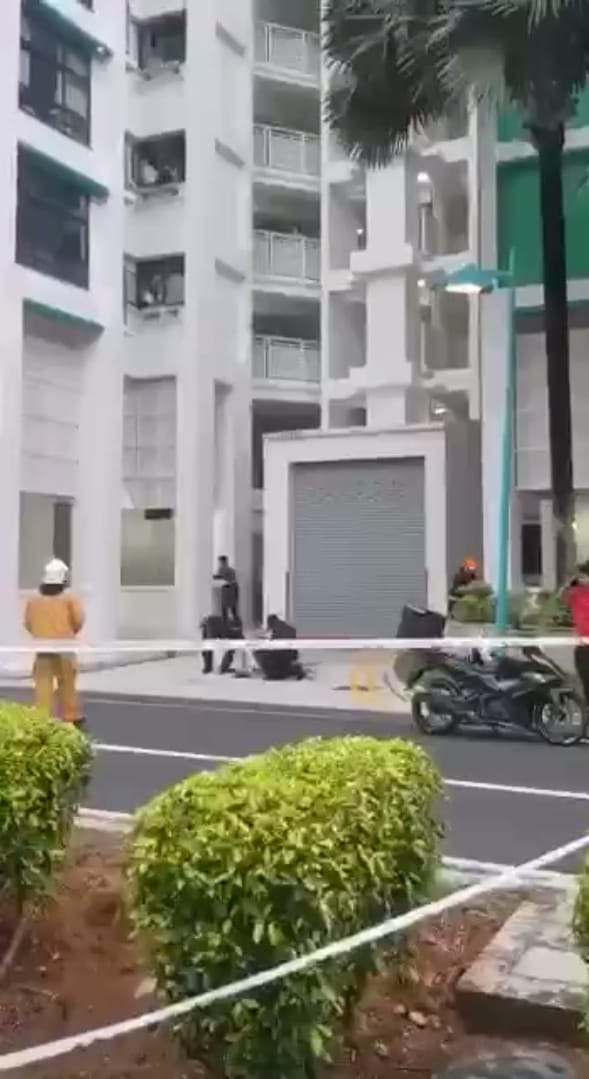 After some moments, SCDF officers, together with police officers, went over and attended to the woman lying on the ground.

She was eventually conveyed to Changi General Hospital.

This is SCDF’s statement in full:

On 20 September 2022 at 6.43pm, SCDF received a call for assistance at Block 36 Eunos Crescent. Upon SCDF’s arrival, a person was seen standing at a ledge of a 5th floor unit. The person jumped prior to the arrival of the safety life air pack. SCDF conveyed the person to Changi General Hospital.

If you or anyone you know needs someone to speak to about their mental health, don’t hesitate to contact the following hotlines: