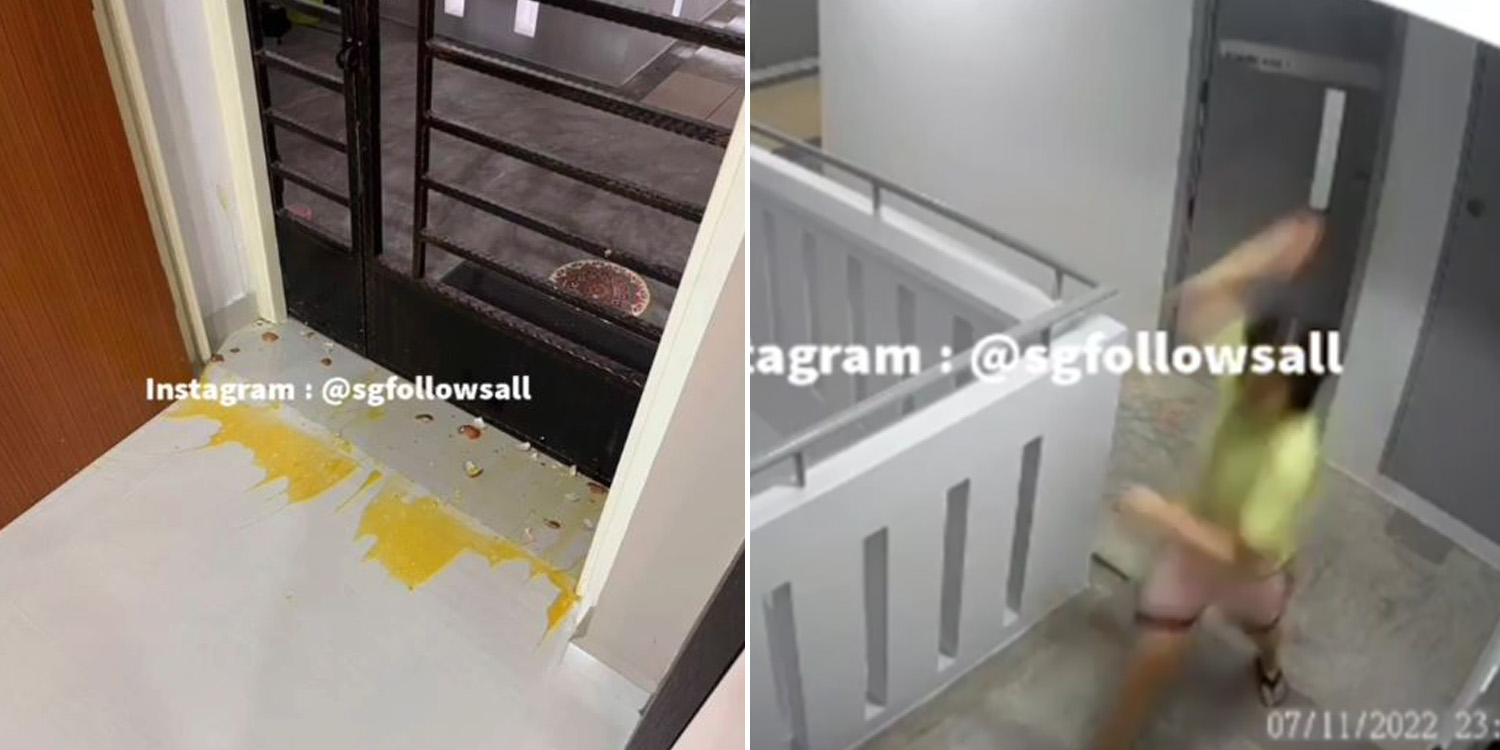 The affected family was allegedly advised to take the matter to court.

You can throw eggs in a frying pan or a pot of boiling water; chances are, the outcome would be pretty tasty.

But throwing the versatile ingredient at someone’s gate will likely get you anything but some understandably angry reactions.

That was, however, what a woman has apparently done – not once but twice – to a family residing in an HDB unit in Sengkang. 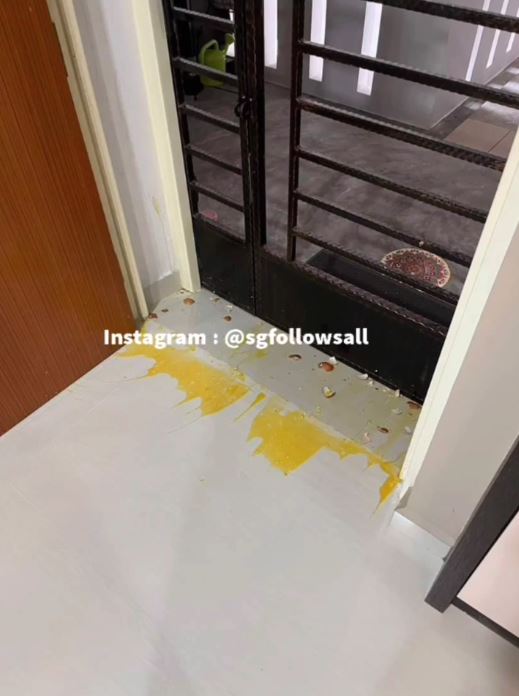 The family on the receiving end of the yolky ‘bombardment’ called the police on both occasions. However, officers allegedly told them there was nothing they could do and advised them to take matters to court instead.

Going by the timestamp on the footage shared on the @adminsgfollowsalll Instagram page, things started nearly a month ago on the night of 11 Jul when the OP heard a “loud thud” on their door. 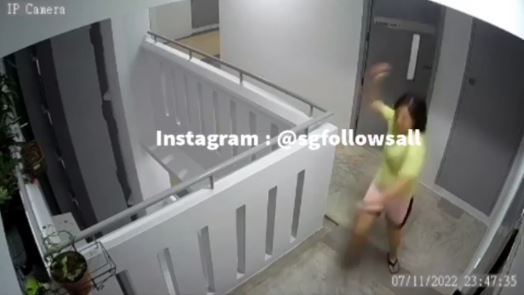 After opening the door to check what it was, the OP found egg bits all over their door and floor.

They promptly woke their parents up and alerted the police.

The family subsequently got hold of CCTV footage from their neighbour, which caught the female culprit doing the deed.

In the footage, a woman wearing a yellow t-shirt was seen exiting from what appears to be a stairwell. Without so much as a pause, she started hurling eggs in the direction of the OP’s gate.

According to the OP, their family had not seen or talked to the woman before. Therefore, they claimed to have no idea what might have motivated her actions.

Following the first incident, officers allegedly advised the family to alert the police should the same thing happen again.

Culprit who threw eggs stays one floor below in Sengkang HDB

Two weeks after the strange encounter, all seemed peaceful at the HDB block. But on Friday (29 Jul), the same woman struck again.

At about 7.20am, the OP’s parents heard “several loud thuds” on their door just as their child left for school.

When they opened the door, they saw egg bits splattered everywhere.

Like the previous time, they obtained footage of the woman throwing at least four eggs toward their unit. They also claimed to have learned that she lived one floor below but not in the unit directly beneath them. 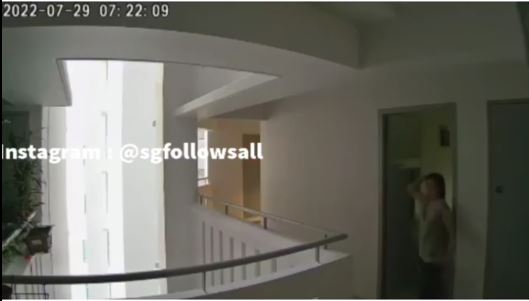 Despite the seemingly incriminating footage, the woman allegedly maintained her innocence when the police arrived and interrogated her.

The police subsequently informed the OP’s family that “this was all they could do” before advising them to “take it to court with their own lawyers”. The OP also quoted the police’s explanation that the woman committed a “non-arrestable offence”.

Summarising both incidents, the OP said they’d caused considerable mental stress to their parents, who had to spend several hours cleaning the floor and door. Even after doing that, the eggy smell still lingered.

The OP also shared that the family’s electronic lock has been “slightly damaged”.

They are now planning to approach the Town Council for assistance in resolving the matter.

Hope the parties involved can settle the matter amicably

Whatever reason the woman may have for what she did, there are surely more peaceful ways to address any problems without causing trouble to others.

While this remains a one-sided account, we hope the parties involved will be able to sort out their differences amicably and put an end to this messy state of affairs.