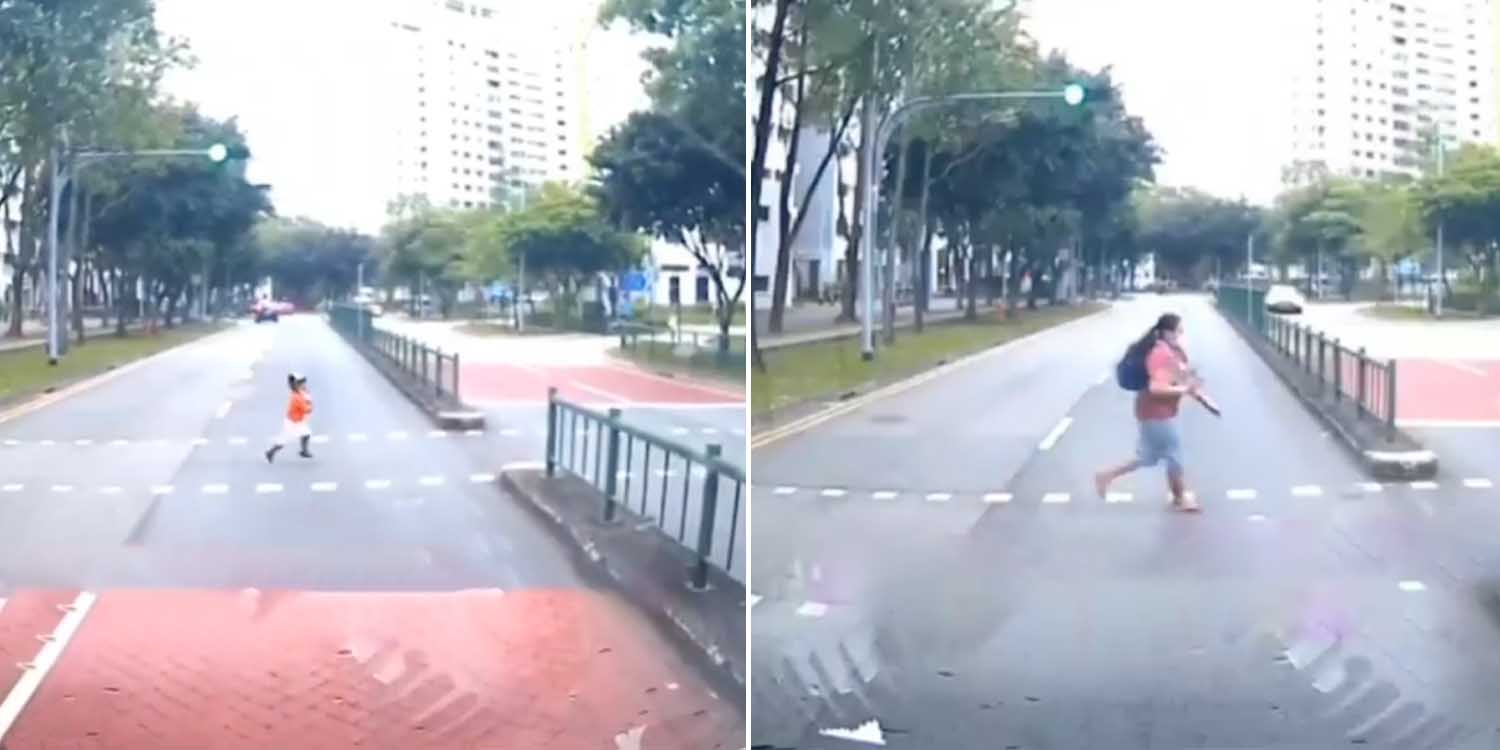 Thankfully, nobody was hurt.

Woman Chases After Toddler Who Dashes Across Punggol Road

When we were younger, many of us will remember our parents repeatedly reminding us to look left, right, and left again before crossing roads.

However, young children can sometimes forget this and find themselves in dangerous situations.

On Tuesday (15 Feb), Facebook group SG Road Vigilante shared a video of a toddler wandering onto a road in Punggol whilst the traffic light was green. Thankfully, the alert driver and other motorists stopped just in time.

A woman soon came running after the toddler, while another child tailed behind her, waiting at the traffic light.

Moments later, the second child, a young girl, decided to follow suit, running after them as well.

The dashcam footage of the incident showed a toddler walking onto Edgefield Plains road in Punggol on 15 Feb at around 6.17pm.

A car approached as the traffic light was still green but the driver thankfully stopped in time.

Startled by the oncoming car, the toddler paused in the middle of the road, looking back at another child standing on the sidewalk.

After the momentary hesitation, he started running across the street again.

The girl attempted to give chase but stopped as the car started to move off again.

This was when a woman emerged from behind them, running after the young boy. 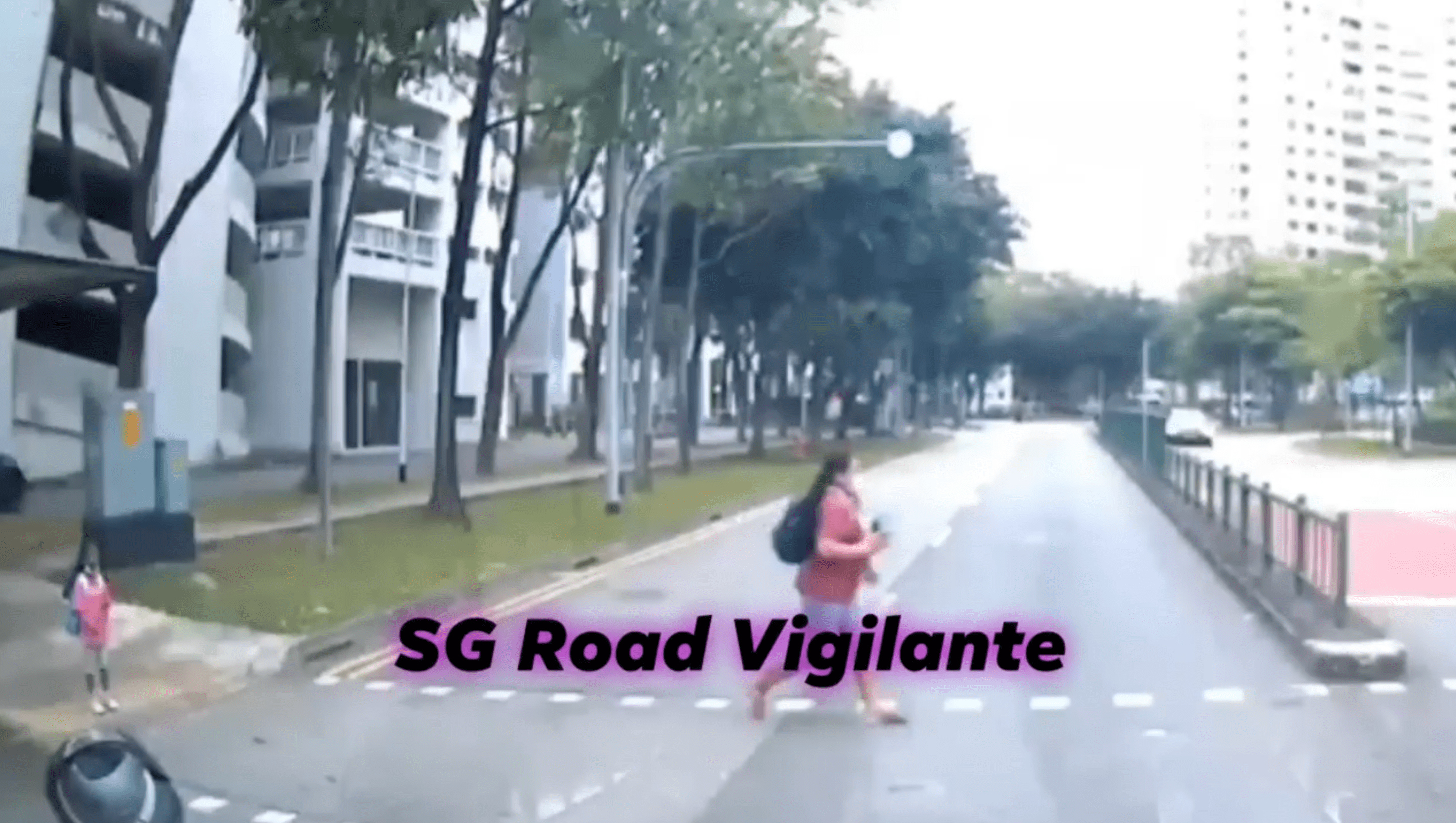 Girl runs across road as well

Left on the sidewalk and unsure of what to do, the young girl followed suit, dashing across the road.

At one point, she raised her hand as if to thank the driver for waiting for her to cross. She continued her run, even as she crossed to the next lane where another car was approaching. Fortunately, the vigilant driver was well aware of her presence and slowed to a crawl.

After the girl reached the other side of the road safely, the dashcam car then moved off.

Netizens thank drivers for being vigilant

Watching the video, many netizens thanked both the drivers for being vigilant and extra careful.

Some felt that the woman should have held both the kids by their hands to ensure they crossed the road safely.

One netizen, who claimed to be the father of the children, explained that the woman was their helper who was being ‘irresponsible’.

He continued that he is glad someone shared the clip and alerted both him and his wife to this incident. 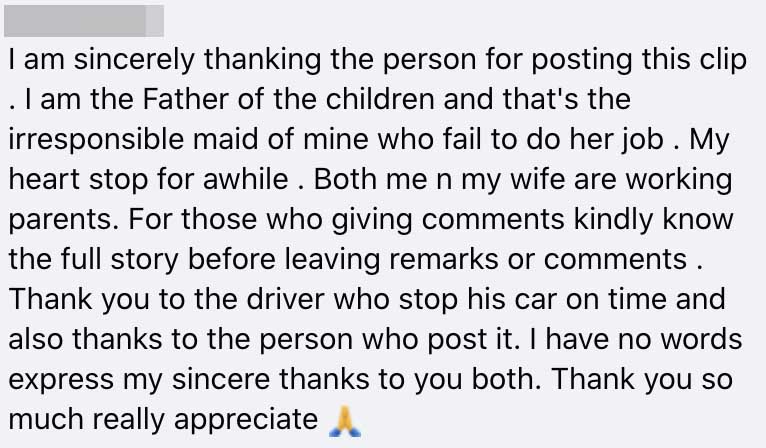 The netizen also expressed thanks to the dashcam driver who stopped his car in time.

Keep a close eye on children

We’re glad that both the drivers were alert and going at slow speeds at the time of the incident.

It certainly shows the importance of always being vigilant, especially at road junctions.

This incident also serves as a reminder to all parents and caretakers to keep a close eye on children when crossing roads.