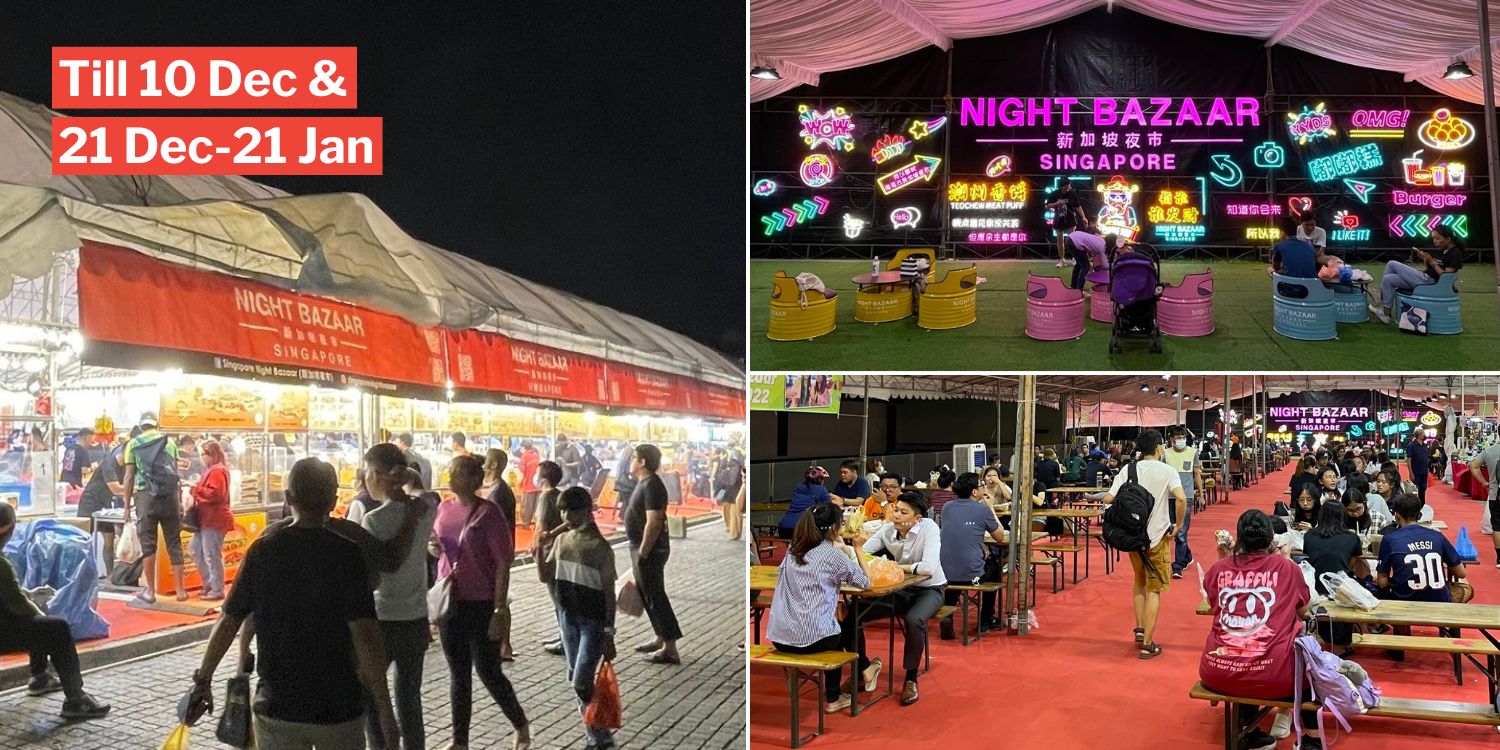 Perfect for the upcoming festive season.

As the end of the year approaches, Singaporeans tend to get in the festive mood as they spend more time outside.

Thus, it’s the best time for a massive pasar malam to open in Woodlands, bringing delight to northies once again.

This time, the Woodlands pasar malam — officially named the “Marsiling Bazaar” — has been dubbed as the biggest in Singapore. It will be open for as long as eight weeks, giving visitors enough time to feel shiok shiok.

A glimpse of the pasar malam, located in the huge empty space near Woodlands MRT, was put up by the appointed operator Singapore Night Bazaar on TikTok.

In their caption, they called it the “Biggest Pasar Malam in Singapore”.

Considering it seems to span multiple tents that can fit hundreds of people, that claim doesn’t seem to be exaggerated by much. 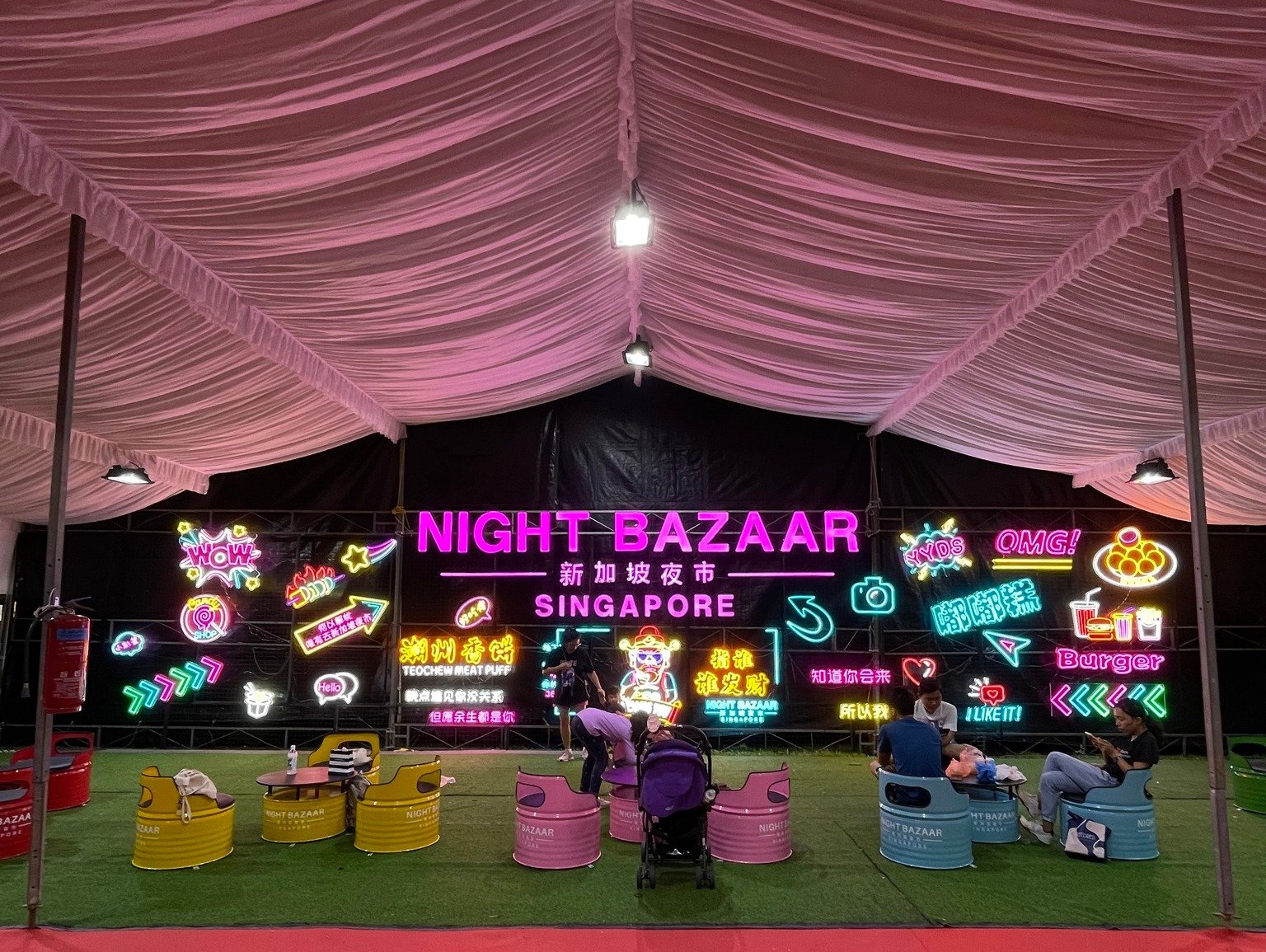 While most pasar malams in Singapore come and go quickly, this one will last slightly longer — a whopping eight weeks.

It’s been open for a week since 14 Nov and will take a break on 10 Dec after four weeks of festivities. 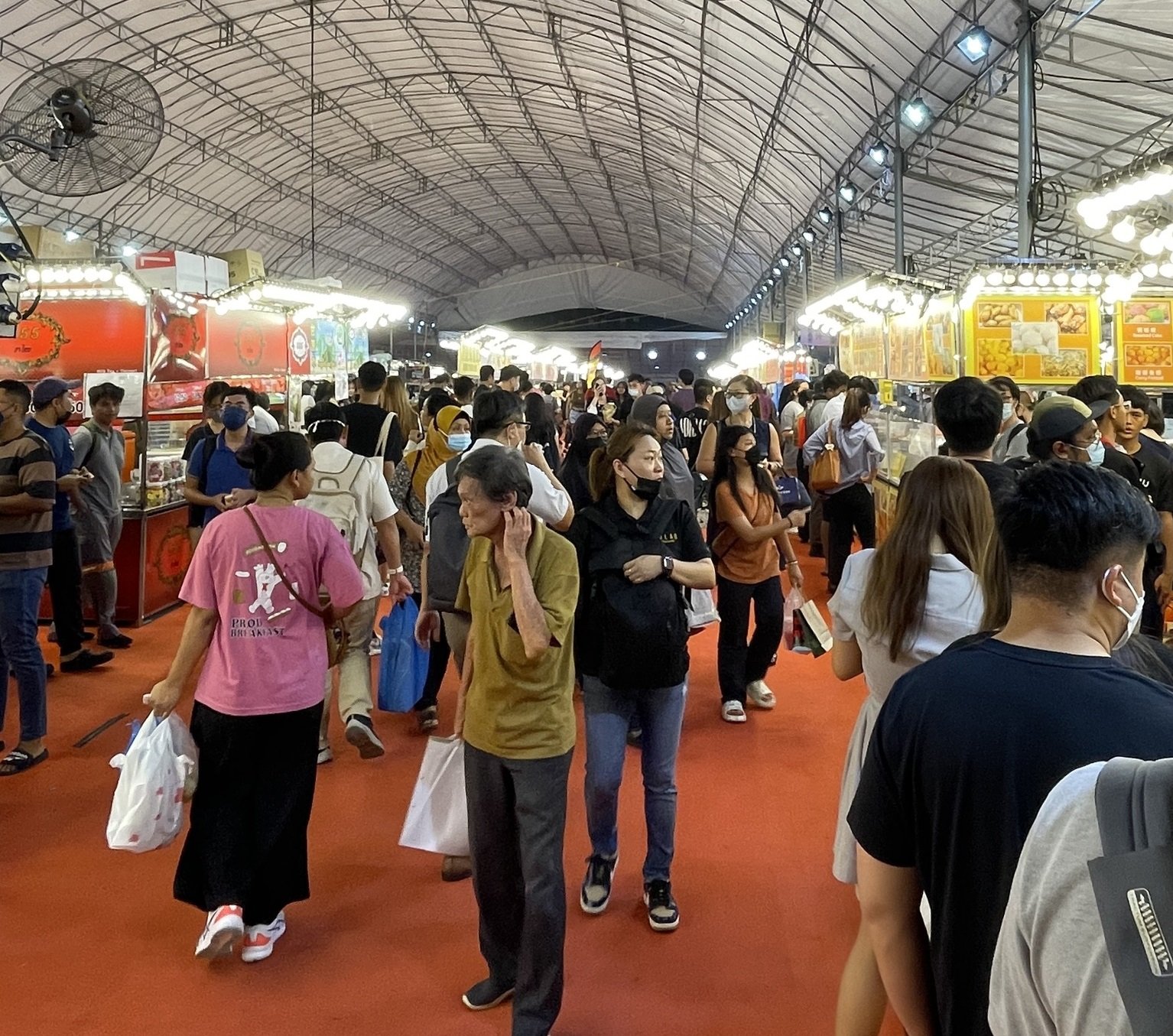 Then, the fair will reopen for Chinese New Year on 21 Dec, according to a Facebook post by Singapore Night Bazaar.

This time, it’ll last for one whole month, ending only on 21 Jan. 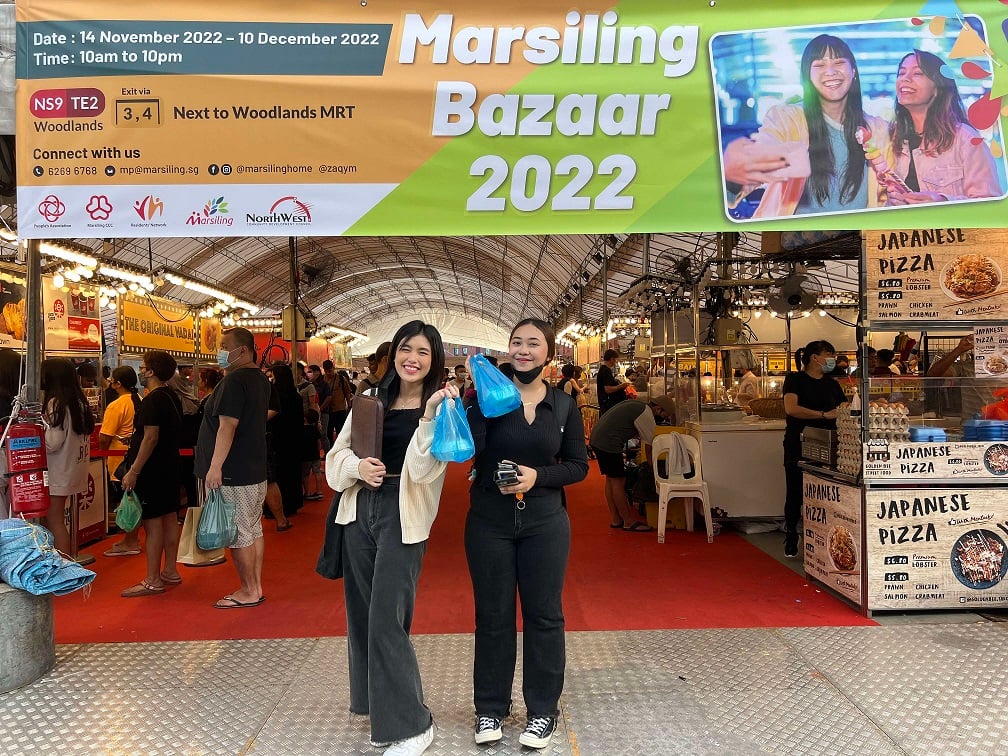 Speaking of which, for most Singaporeans, the most important feature of any pasar malam is its food.

In this aspect, the Marsiling Bazaar won’t disappoint, with a seemingly endless array of offerings.

Of course, familiar favourites like Ramly Burger, vadai, tea eggs and curry fish balls will be there. 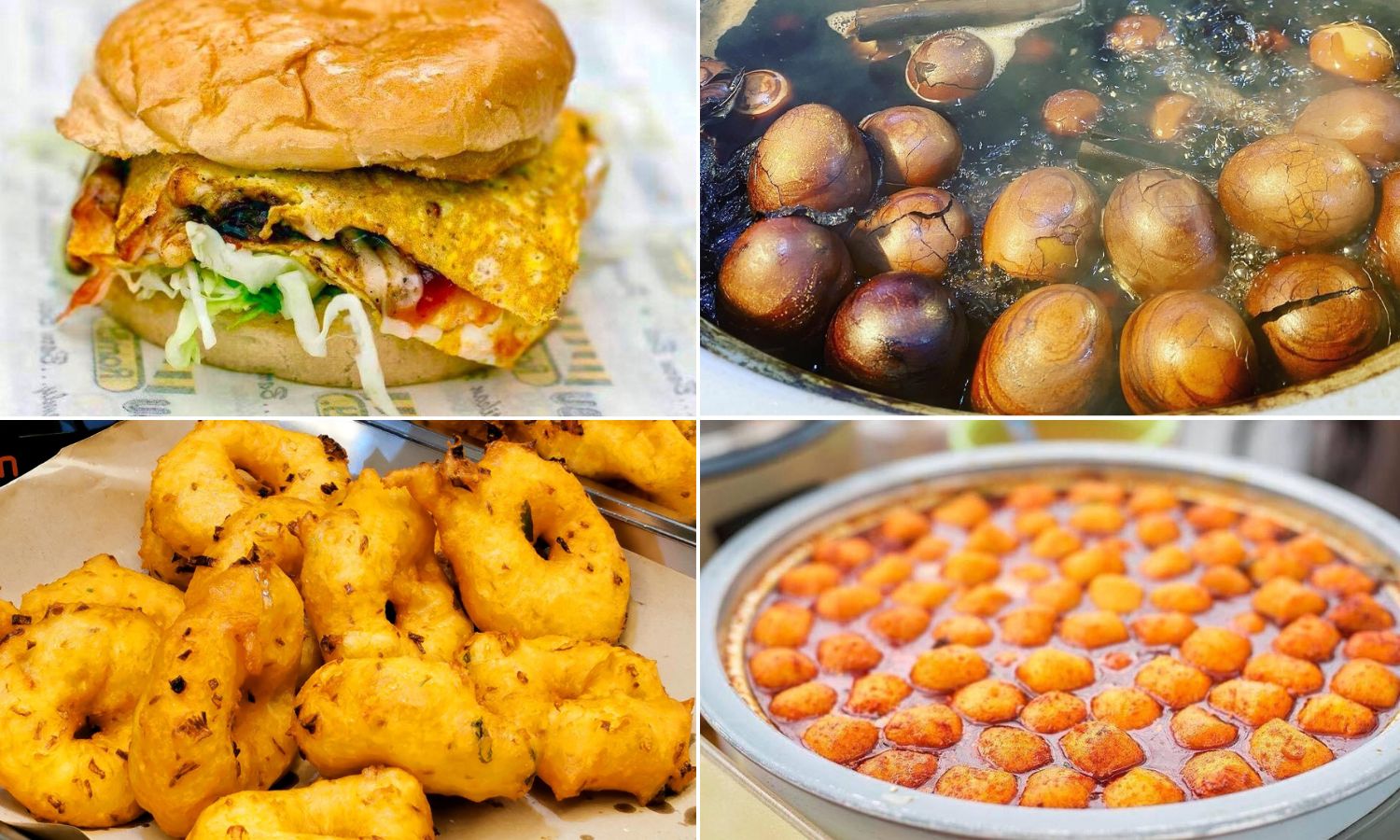 A wide selection of recent additions to the pasar malam scene from across the world can also be found, like sweet potato balls, rosti, tacos, corndogs, Teochew meat puffs and grilled king oyster mushrooms. 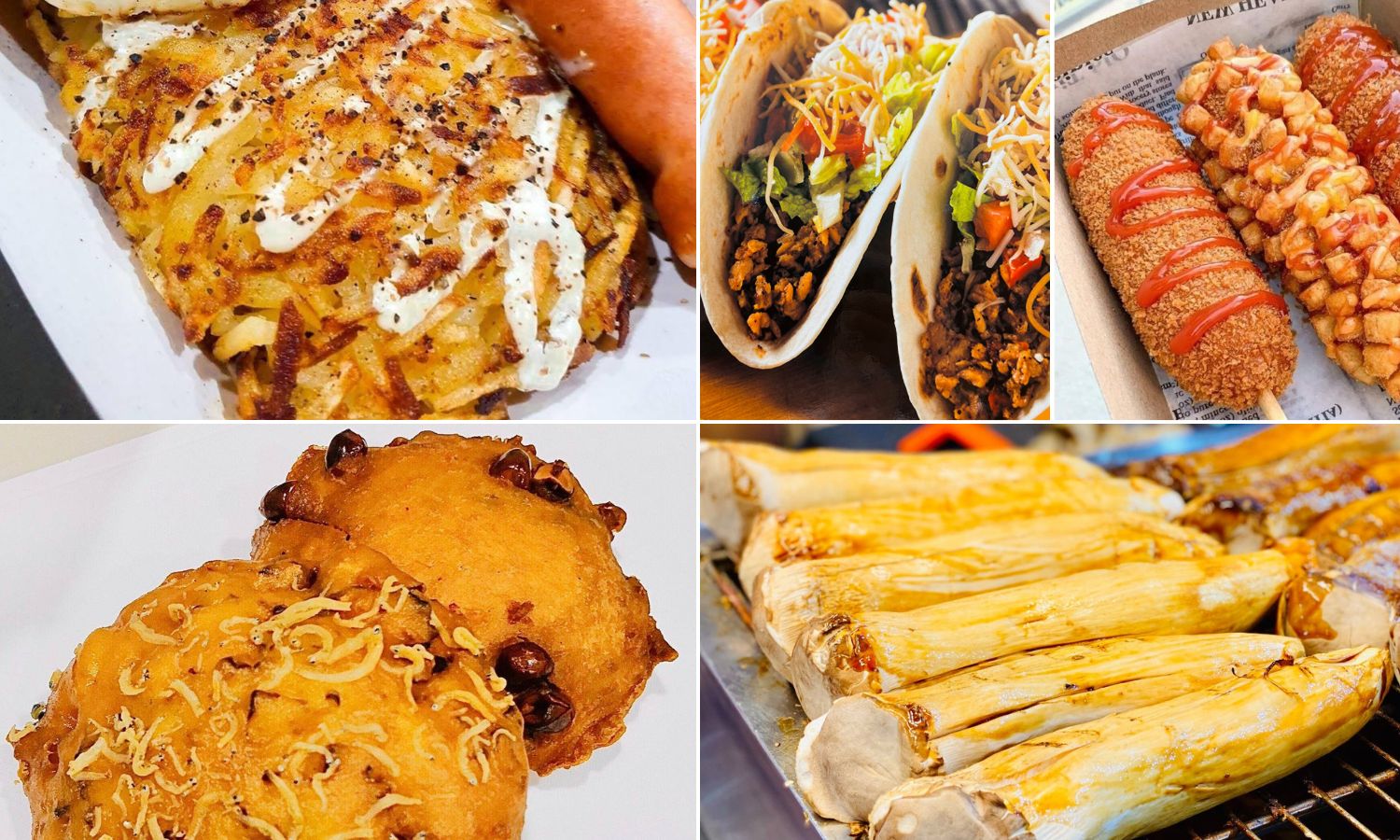 For those who can bear the smell, there’s also a smelly tofu stall. 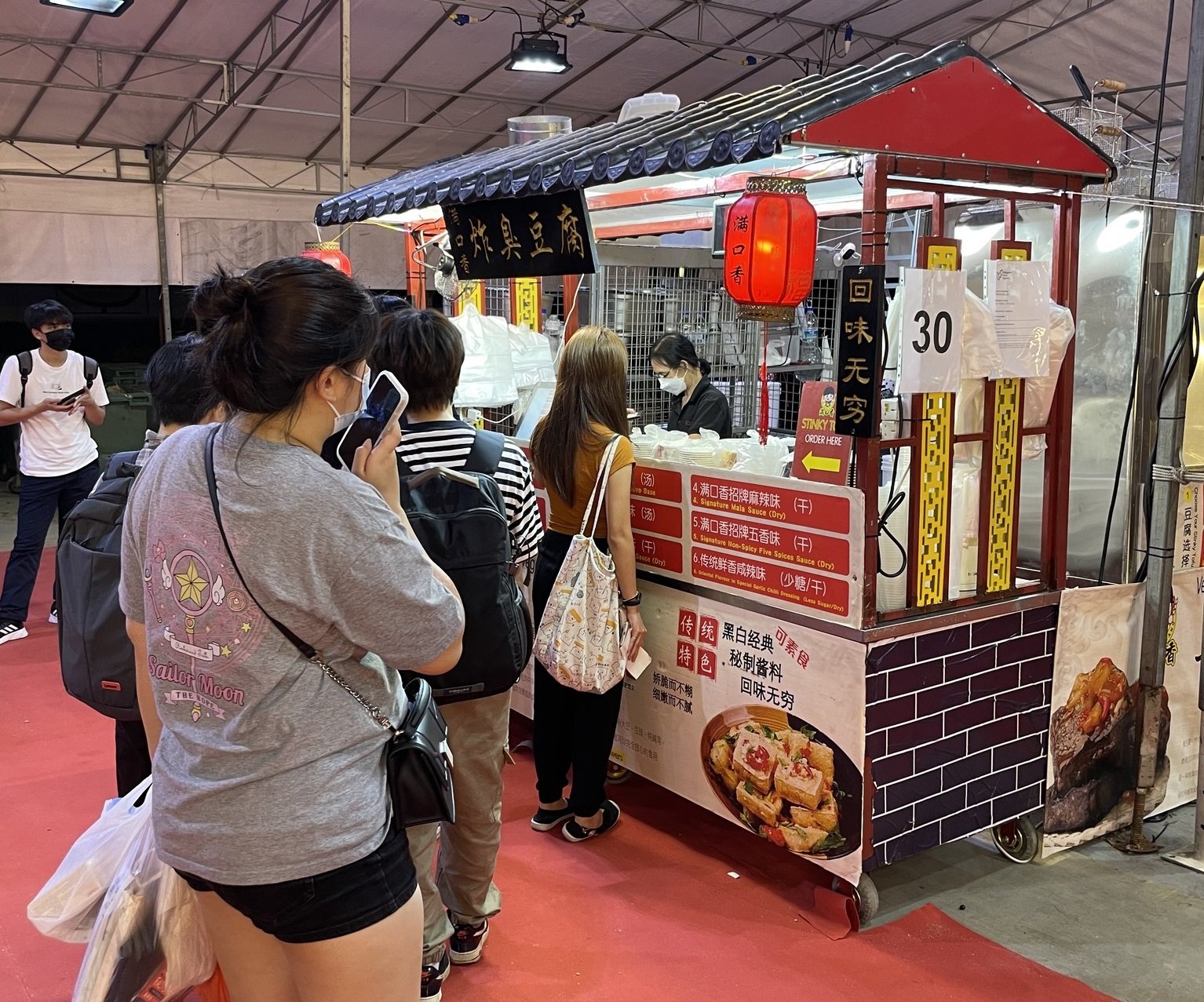 Speaking of smelly food, even durians are on sale at this pasar malam. 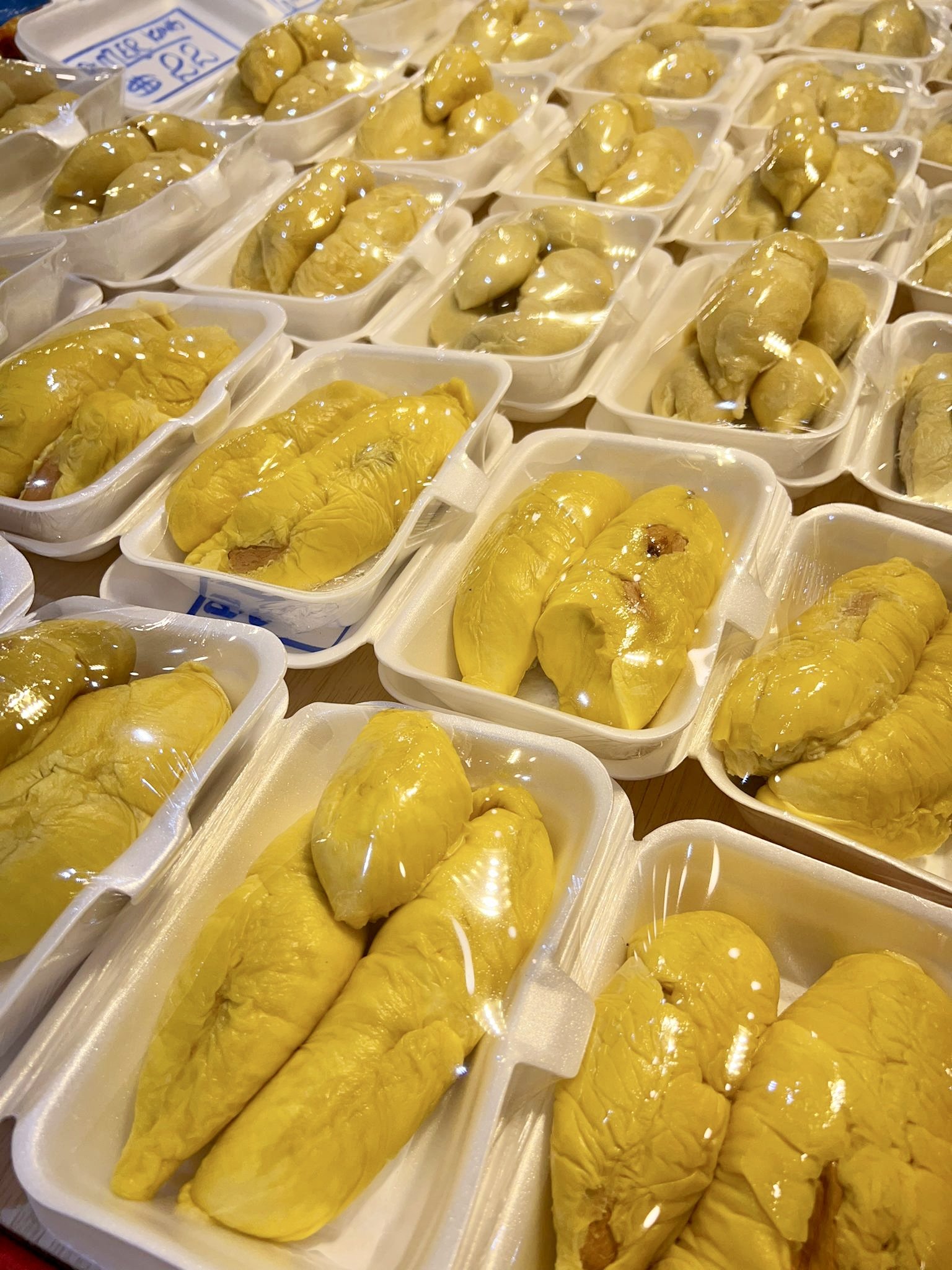 If sweet confections are what you’re after, visitors can indulge their sweet tooth with Western and Eastern delights from waffles, Dutch Baby pancakes and churros to pisang kaju, kueh tutu and bin chang kueh. To wash it all down, a slew of beverages ranging from the ubiquitous Thai milk tea to sugar cane juice and mango floats will be available. 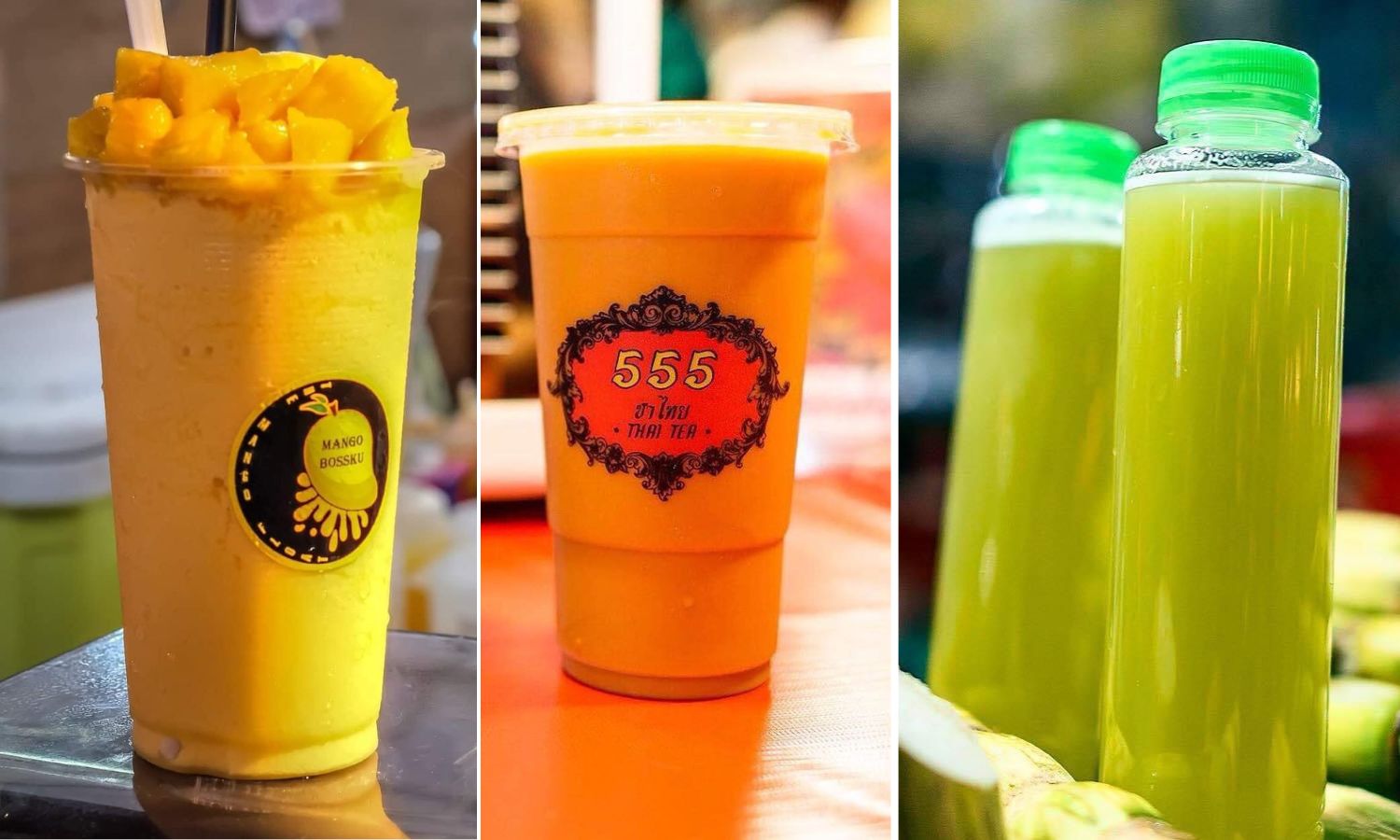 While patrons will definitely be spoiled for choice, there’s only so much that one can bring home before the food turns cold.

Luckily the pasar malam also has a dining hall with tables and benches so people can consume their delicious purchases on the spot. If you manage to snag a table, there’s literally no limit to the amount of food that you and your companions can try. After filling your stomach, you may want to indulge in some retail therapy. And those who like going to the arcade and trying to get nice things can try out the rows of claw machines that are destined to break your heart. 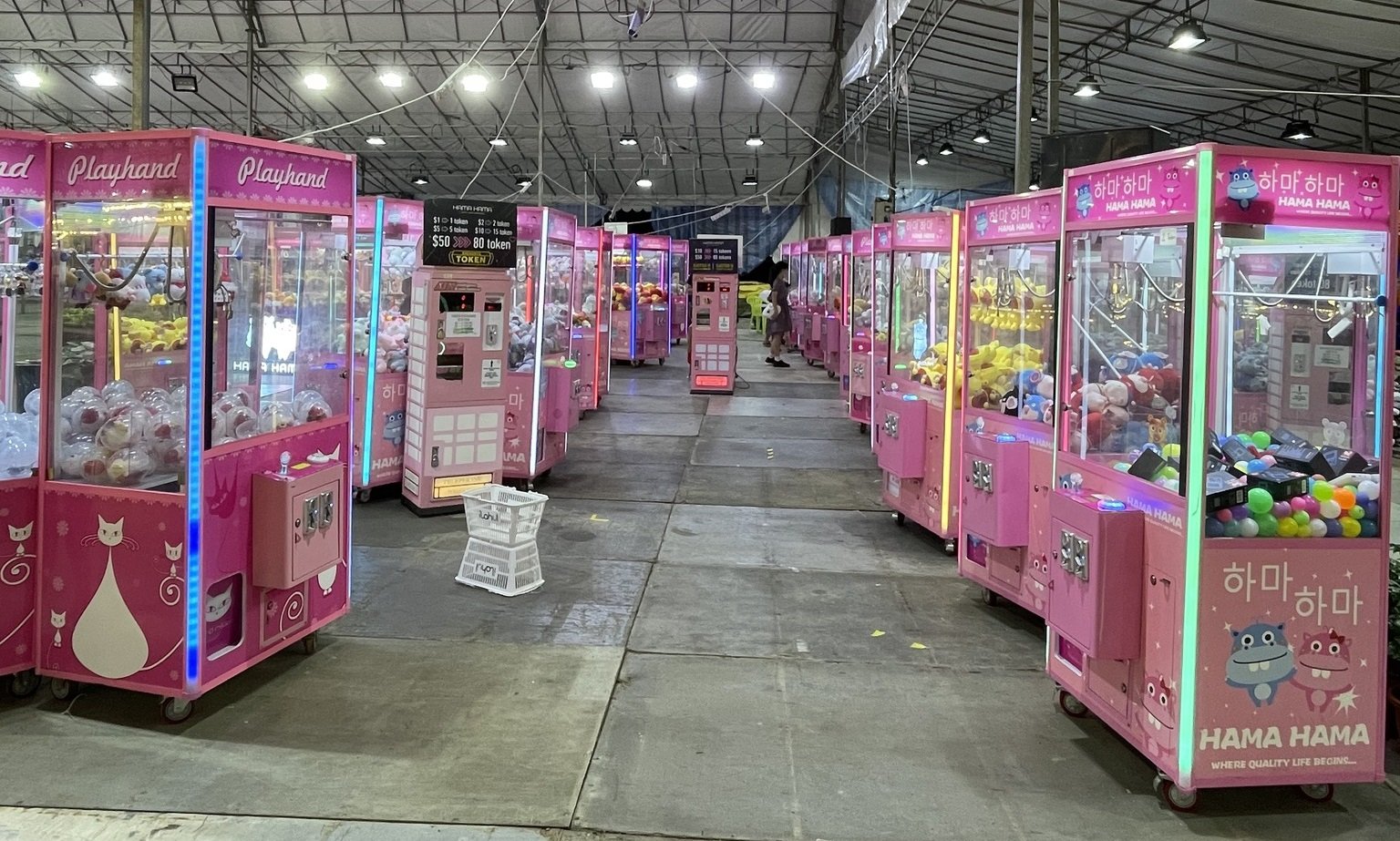 Parents might want to keep their children away from this area, though.

Where to find it

Since the pasar malam is just outside Woodlands MRT station, you’ll have no trouble finding it. But here’s some useful info just in case: