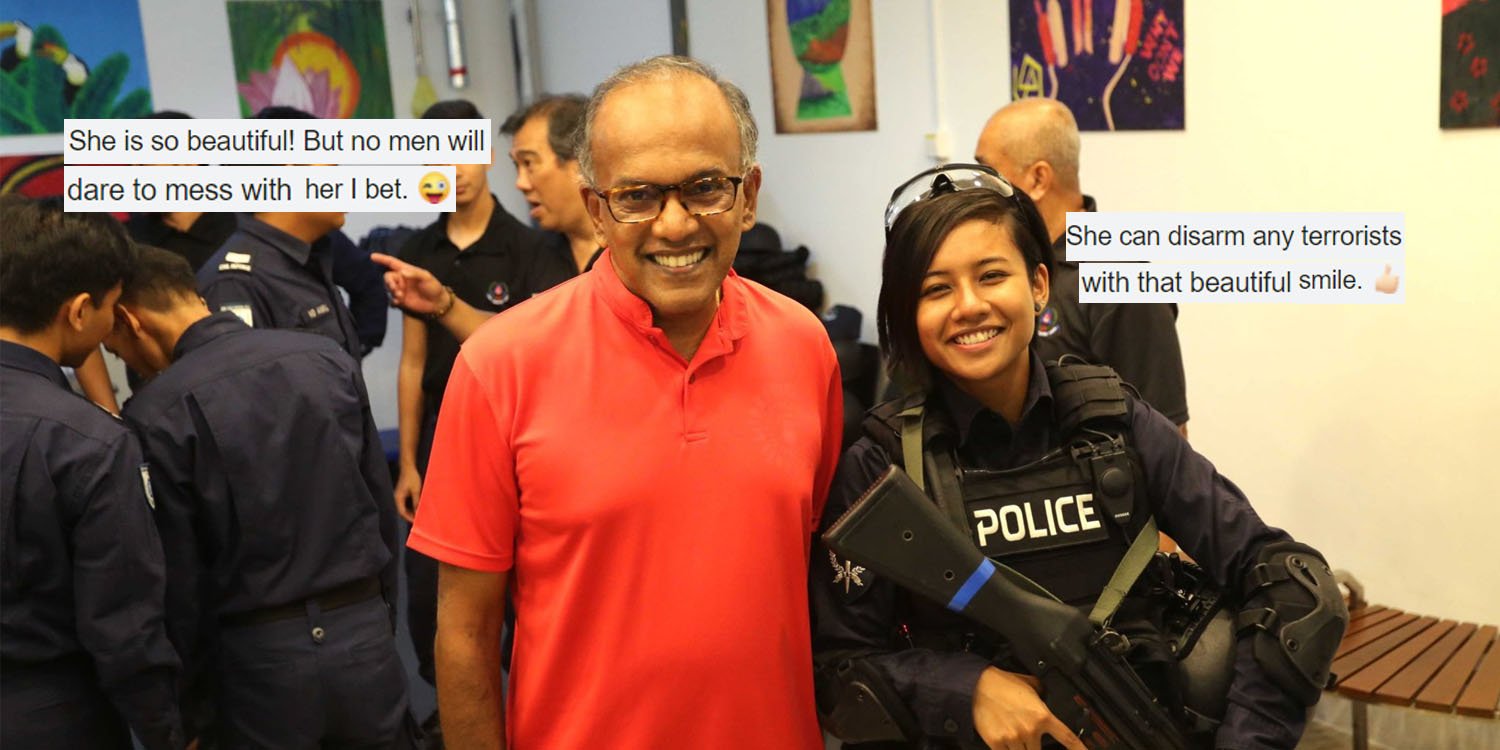 We’ve seen advertorial posters of heroic servicemen and women, but we don’t often see them in real life.

Perhaps this is why Minister For Home Affairs K Shanmugam‘s picture with a policewoman on Monday (2 Sep) gained so much attention. 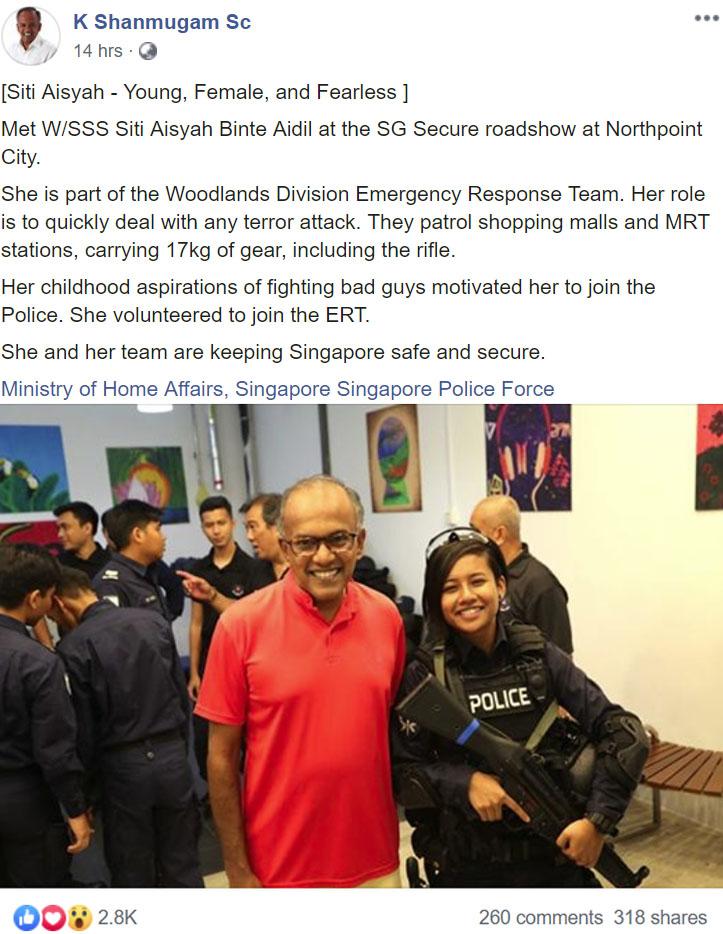 The photo of a smiling Senior Staff Sergeant Siti Aisyah from the Woodlands Emergency Response Team got a lot of Singaporeans excited.

Young policewoman a force to be reckoned with

Despite her sweet smile, Miss Siti Aisyah proves she’s just as capable and bad-ass as her male counterparts.

As part of the Emergency Response Team (ERT), she patrols shopping malls and MRT stations to monitor any terror threats.

And her seemingly small frame certainly doesn’t stop her from carrying 17kg worth of gear, including a huge rifle. 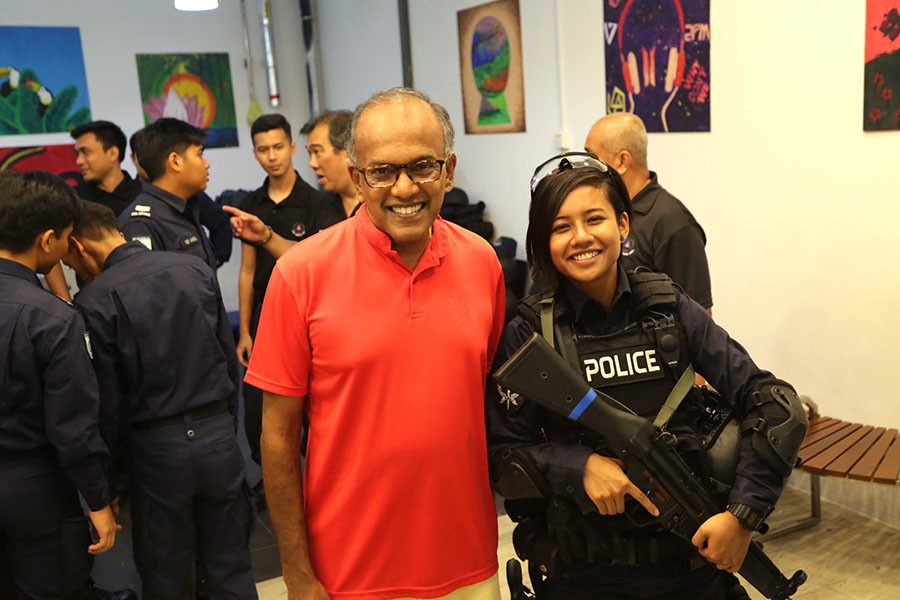 Her desire to “fight bad guys” growing up led her to become a policewoman and volunteer for the ERT, both of which make her everyone’s hero and girl crush.

Singaporeans admire her brawn and beauty

With both looks and tenacity, there’s no surprise that Singaporeans of all backgrounds are in awe of Miss Siti Aisyah.

Many praise her beautiful appearance, while acknowledging her formidable abilities which make her an admirable police officer.

The more lighthearted comments were about how her smile alone could make any criminal cower in fear, a testament to her assertive presence.

And of course, there are the funnier ones who joke about how they won’t mind getting in trouble if it means being stopped by her.

Admire her all you want, but let’s avoid breaking the law every day just to get her to arrest or warn you.

Appreciate the police for keeping us safe

Looks aside, Mr Shanmugam’s message at the end of the day is to appreciate the Singapore Police Force (SPF).

Whoever they are, male or female, they do their best to keep us safe, and deserve our utmost gratitude.

So thank you Miss Siti Aisyah, and all our heroes who keep Singapore safe on a daily basis.