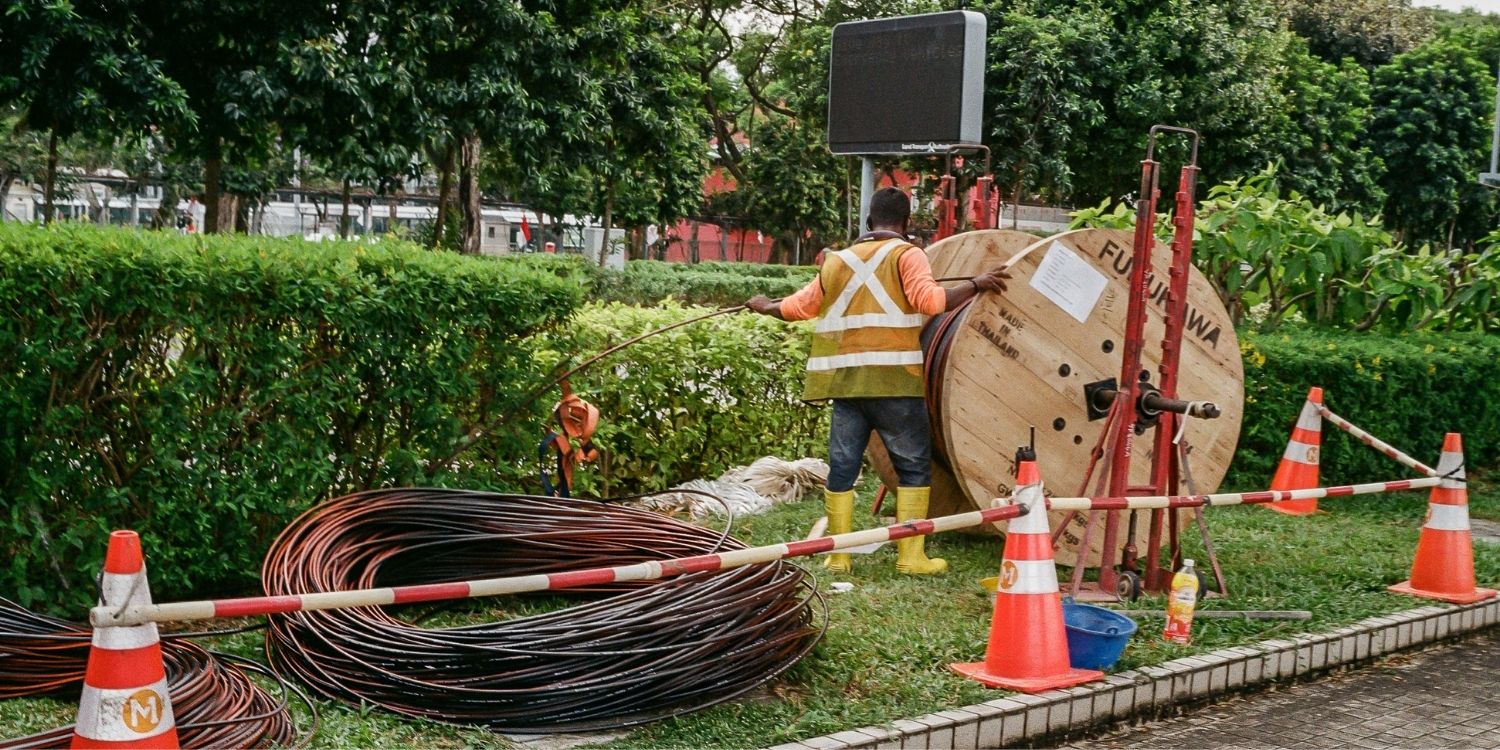 Apart from offering monthly salaries, companies may further incentivise and support their employees by issuing allowances and staff benefits.

An example of this is an attendance allowance, which rewards staff who show up diligently to work. While well-intended, this allowance could backfire and encourage workers to report to work even if they are sick.

Recently, a man refused to take sick leave so that he may receive a $100 monthly attendance allowance from his company.

President Halimah Yacob took to Facebook to share her thoughts on the incident, highlighting the reality of being a low-wage worker in Singapore. 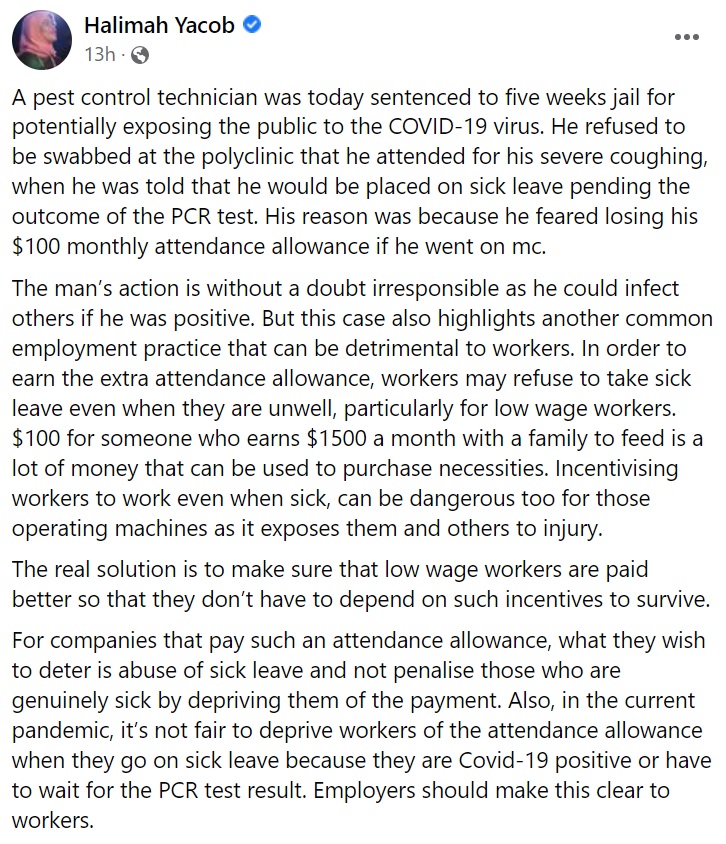 She then shared that monetary incentives should not be paraded around as solutions. Instead, offering higher pay would be the better approach.

Employers should not incentivise staff to work when they’re sick

In a Facebook post on Tuesday (18 Jan), President Halimah shared her honest thoughts about the pest control technician, who was jailed for refusing to take a Covid-19 test and sick leave.

Although she acknowledges that the man’s actions were irresponsible, she understands his motivations.

She then highlights the core problem of the incident: the incentivising of not taking paid leaves.

For low-wage workers, a modest sum of $100 would help a lot when purchasing necessities and supporting their families.

By hanging the proverbial carrot on a stick in front of the worker, they may forego personal health and safety to attain the allowance — a move that President Halimah deplores.

Low-wage workers should be paid more to curb issue

To solve this issue, President Halimah opined that low-wage workers should be paid better so they can stop relying on such incentives to survive.

While the motivation behind the incentives, from the employer’s point of view, comes from a place of deterring the abuse of sick leave, there are other ways to achieve this.

In the age of the pandemic, President Halimah says that it’s unfair for employers to penalise workers for being genuinely sick and depriving them of their allowances.

This includes instances when they are Covid-19 positive or while they await PCR test results.

A new solution is required

It’s heartbreaking to hear the struggles of low-wage workers who hustle every day to put food on the table, to the extent of breaking the law and putting others at risk.

Managing employees is not easy. However, it’s important to recognise that every managerial decision has pros and cons.

Hopefully, this incident sheds light on the detrimental effects of implementing an allowance attendance and prompts employers to develop another solution.