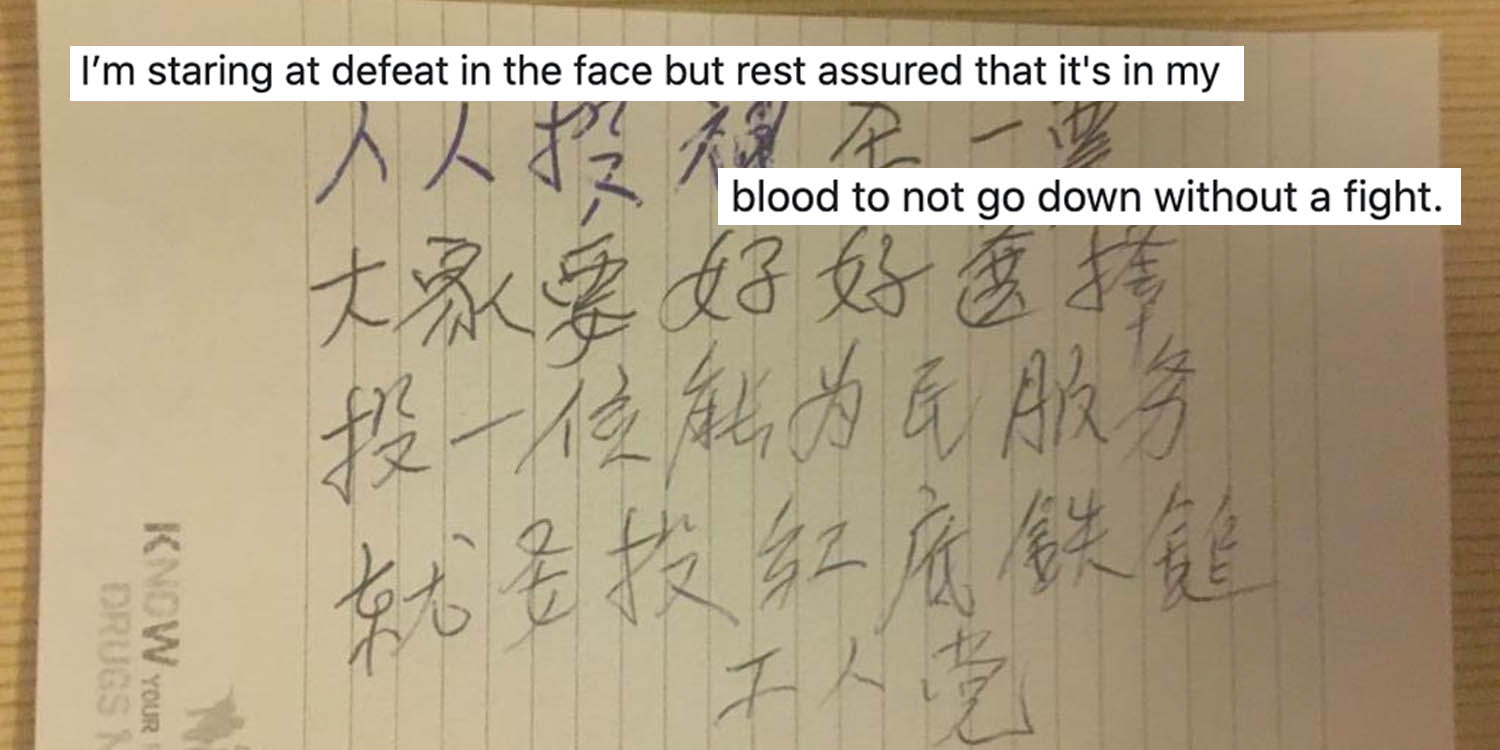 Walkabouts and home visits are an iconic part of Singapore’s General Election that even Covid-19 can’t do away with.

It’s a special time when candidates campaigning to be Members of Parliament (MPs) get to see what will hopefully be their future residents, chat with them, and just get to know the people in the area.

A resident wrote him an original note on the spot, cheering him and other candidates on in the tense battleground of GE2020. 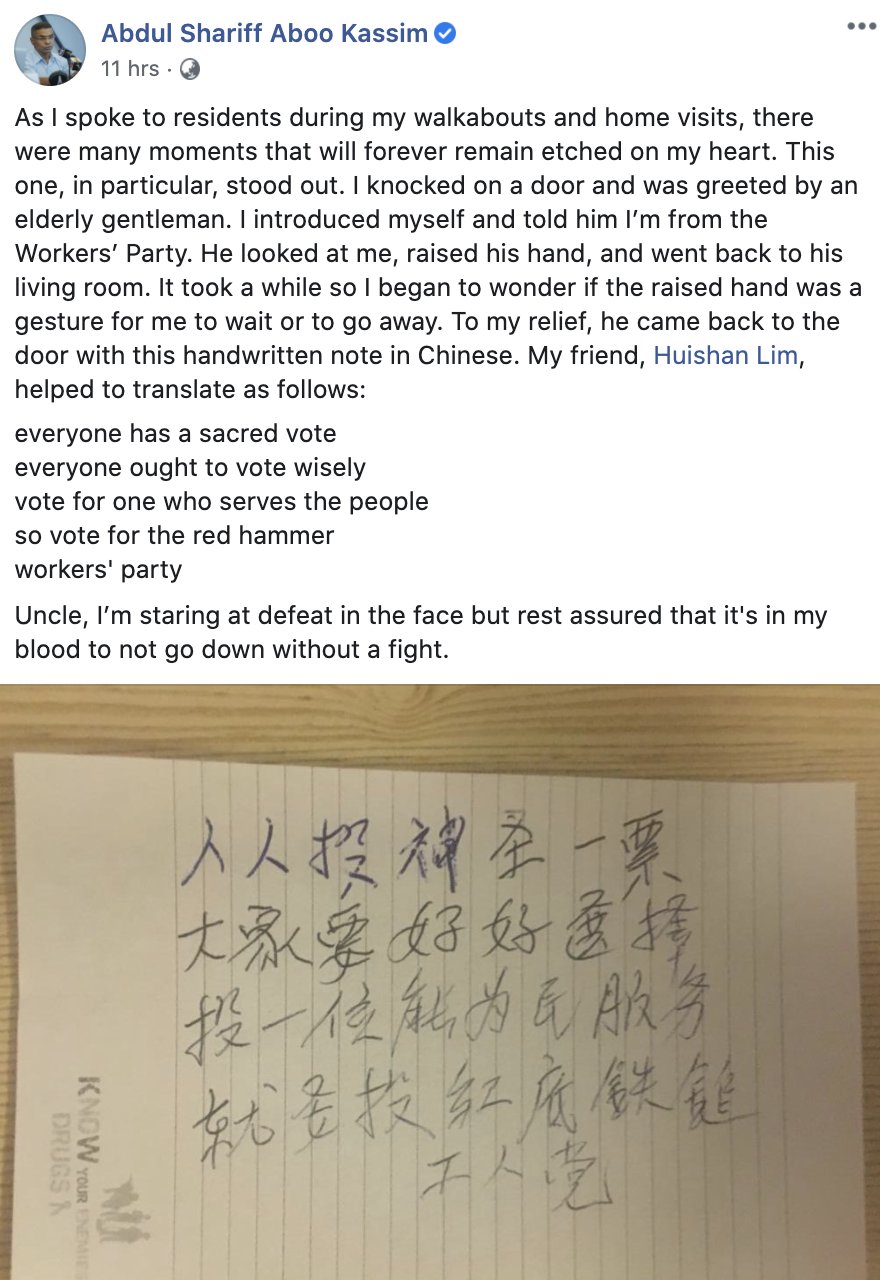 Mr Shariff shared how the note came into his possession.

He introduced himself to an elderly man, telling him that he was from Workers’ Party, before the man walked back into his home.

Confused, he wrote that he initially thought the man had told him to leave, but was relieved when he returned with a handwritten note. 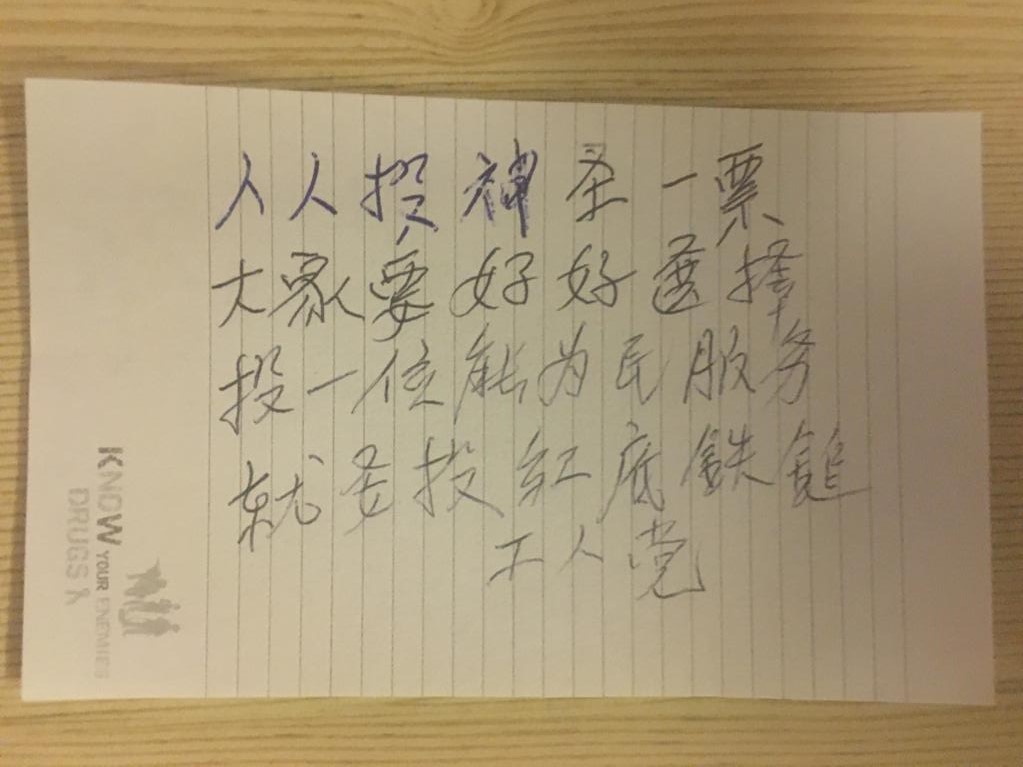 It seems like the uncle actually took the time to quickly pen down a heartfelt note on the spot, just to give it to him.

With the help of a friend, Mr Shariff managed to decipher the Chinese message.

everyone has a sacred vote
everyone ought to vote wisely
vote for one who serves the people
so vote for the red hammer
workers’ party.

Moved by the encouraging words, he wrote that he would “not go down without a fight”, given the hotly contested East Coast GRC he’s campaigning in.

Netizens, too, were moved by the inspiring note and Mr Shariff’s fighting spirit, cheering him on in the post’s comments.

Some were moved to tears by the note, thanking Mr Shariff for “being courageous” for Singaporeans.

Others reminisced about other inspiring note, assuring Mr Shariff and Workers’ Party that they had their support.

Multiple comments advocated the Workers’ Party, even saying that they fully believed they’d come out on top on Polling Day.

Rallying our candidates during difficult times

This year’s General Election is like no other – it’s gotten heated, messy, and even ugly for some.

Opposition or ruling party, our candidates are putting up respectable fights despite the limitations Covid-19 has cast upon them.

Whether they’re successful or not, this General Election is a historical landmark, and we have to give it to them for running in such unprecedented times.

Here’s to more inspiring stories in the week we have left before Polling Day.