Besides Mr Lee Hsien Yang’s son donating to Progress Singapore Party (PSP)’s cause, it seems like another member of the Lee family is secretly pitching in to help the younger Mr Lee’s campaigning efforts with PSP.

Spotted at a PSP walkabout in Holland Avenue, Mr Lee had donned a particularly intricate face mask with beautiful embroidery while meeting with residents. 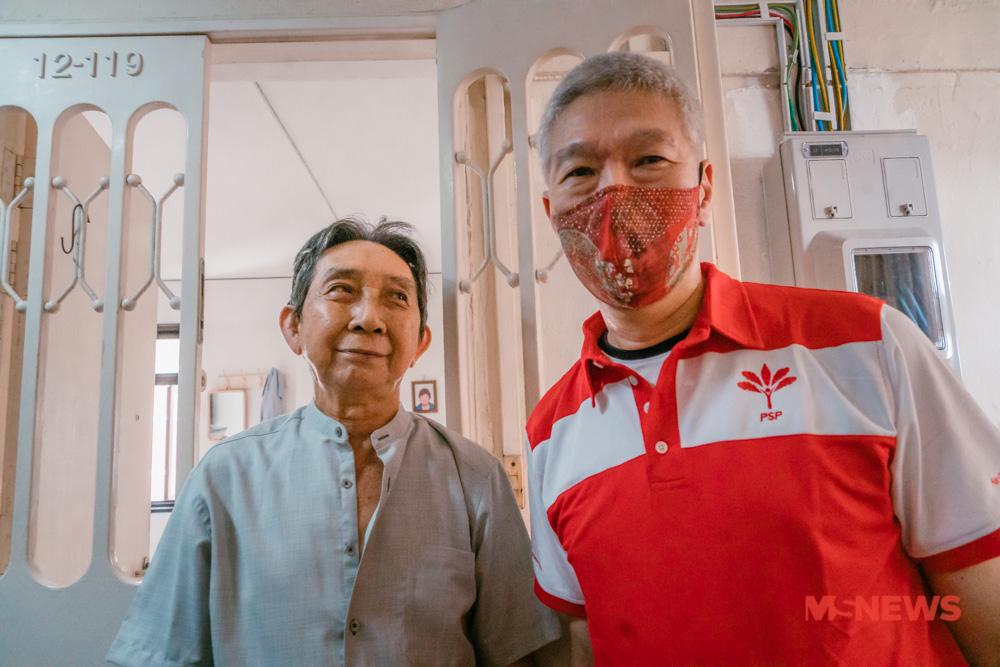 Here’s what else unfolded during the walkabout with PSP.

In particular, Mr Lee’s comments regarding the controversy surrounding PAP’s Ivan Lim who exited the GE2020 race after just 3 days of being announced.

Well, the ruling party prides itself on the way that they select candidates.

Clearly, I don’t know whether they knew or didn’t know about some of these issues. If they knew about it, they didn’t seem prepared for it.

And if they didn’t know about it, then perhaps one should worry that the screening process is not as thorough as it can be.

But you know, one has to hear what the person concerned has to say and I think some of the people who have ‘fed back’ are also prepared to come forward.

I’m only a bystander in this.

We summarise the key points made after the jump.

PSP’s walkabout on Saturday (27 Jun) included a few familiar faces from PSP’s new slate of candidates, announced over the past few days.

SIA pilot Mr Terence Soon & Mr Lee were pictured greeting an elderly resident at the void deck of a HDB estate near Blk 2 Holland Avenue — part of Tanjong Pagar GRC’s estate that came under Mr Lee Kuan Yew’s purview back in the day. Mr Terence Soon is slated to run in this GRC, to be confirmed on Nomination Day (30 Jun).

The team also proceeded to answer questions fielded by the media.

In particular, a question about PAP’s screening of candidates in the wake of Mr Ivan Lim’s sudden exit. 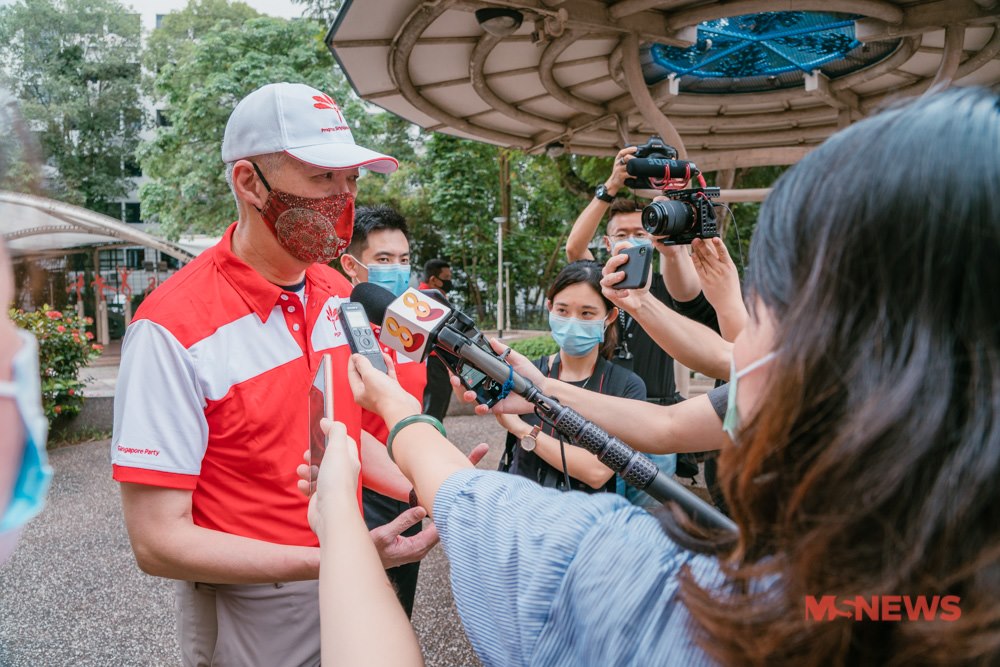 At the time of the interview — Mr Lim had just stated he would “stay the course” after issuing a clarification via The Straits Times.

Addressing the matter of Mr Ivan Lim’s controversy, Mr Lee mentioned that it was no secret that our “ruling party” had “pride(d) themselves” in the rigorous selection of candidates.

However, he wasn’t sure if PAP was aware of “some of these issues” as they didn’t “seem prepared for it”.

He added that perhaps this could allude to the concerns that the screening process wasn’t as thorough.

Finally, he concluded that he was but “a bystander” in this.

Mr Lee also shared that e-rally scripts must be sent 48 hours in advance before the broadcast on TV.

As a result, PSP had “concerns” regarding this procedure as it could potentially disadvantage opposition parties.

All the best to the PSP team on their walkabouts

We can expect that Mr Lee Hsien Yang will continue to make his rounds in our estates as part of PSP’s campaign.

At the time of writing, he has neither confirmed nor denied that he’ll be running in GE2020. This will probably be made official on Nomination Day, which is in just 2 days on Tuesday (30 Jun).

Safe to say, however, that this Lee family has hefted their support towards PSP’s campaign in a united way, in what seems like a family effort to support PSP in their political endeavours.

Would you like to see Mr Lee Hsien Yang running as a GE2020 candidate? Sound out in the comments below.