Given the time difference between western Russia and Singapore, matches are screened here at all sorts of odd hours.

In fact, the latest games start at 2am every day. 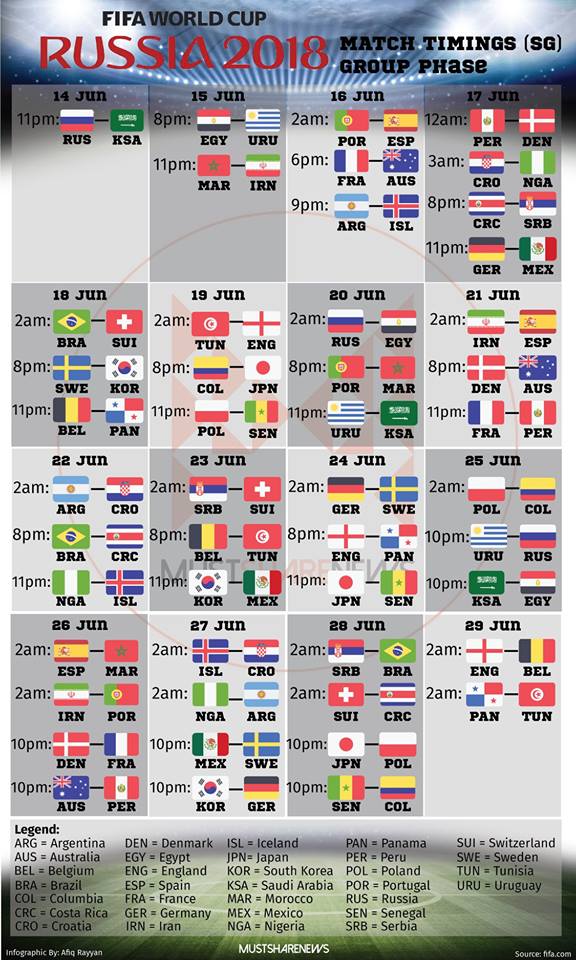 But a new study suggests that staying up late to watch these matches might not be good for your mental health.

That’s because night owls are reportedly more prone to depression.

This is what researchers from the University of Colorado have found from a study involving 32,000 middle-aged participants.

Participants were asked to categorise themselves as either:

Researchers discovered that those who described themselves as night owls were 6% more likely to develop depression than the intermediate group.

In contrast, those who considered themselves morning people were 12% less likely to develop depression.

After all, the study’s lead author, Dr Céline Vetter, admitted that more research needed to be done before conclusive evidence could be drawn.

Dr Vetter’s study has been published in the Journal of Psychiatric Research.

If anything, World Cup enthusiasts should try to make up for lost sleep in the day.

Just don’t let your boss catch you snoozing on the job.