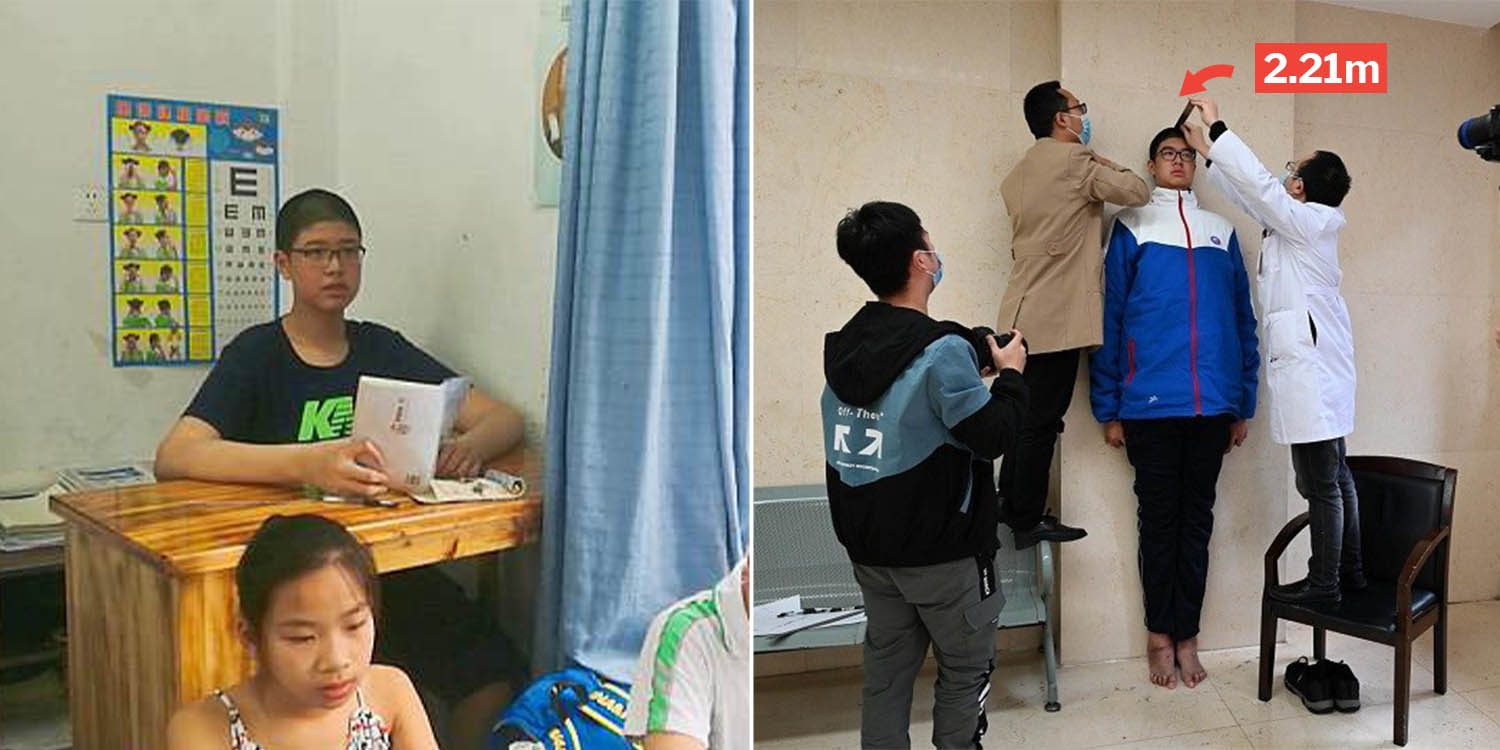 Despite negativity about his height, he stands tall.

2.21m Sichuan Boy Ren Keyu May Be Tallest Teen In The World

It’s nice to be tall, but when you’re too tall, this might pose some problems — as a 14-year-old in Sichuan found out when he shot to above 200m tall even before puberty.

Despite constant questions about whether he truly belongs to his age group, Ren Keyu might enter the Guinness World Records as the world’s tallest teen. 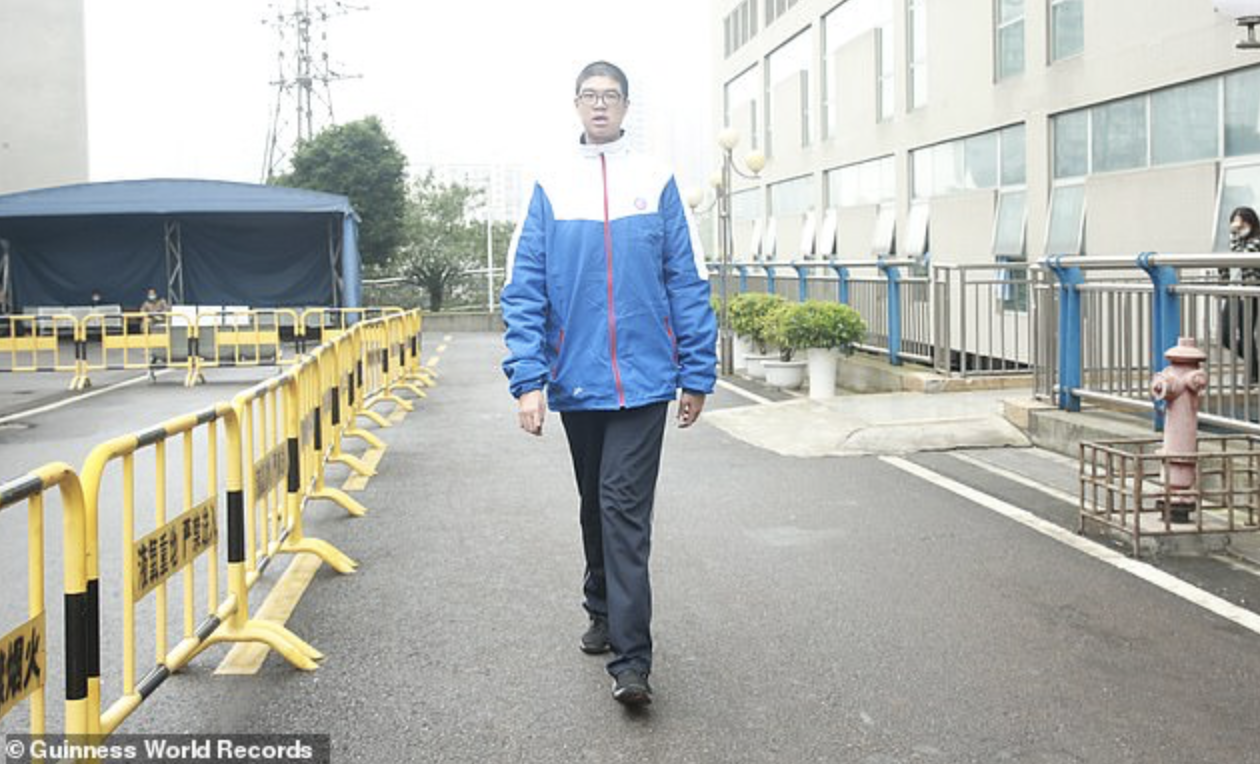 Apparently, his height stems from family genetics and not an underlying medical condition.

Ren Keyu, 14, comes from Leshan in Sichuan Province, China. At just 11 years old, he was already 2.06m tall, dwarfing his schoolmates who were all shorter than him, reports China Daily.

According to his grandmother, both his mum and grandfather are almighty tall beings at above 1.9m, while his dad stands at above 1.8m. 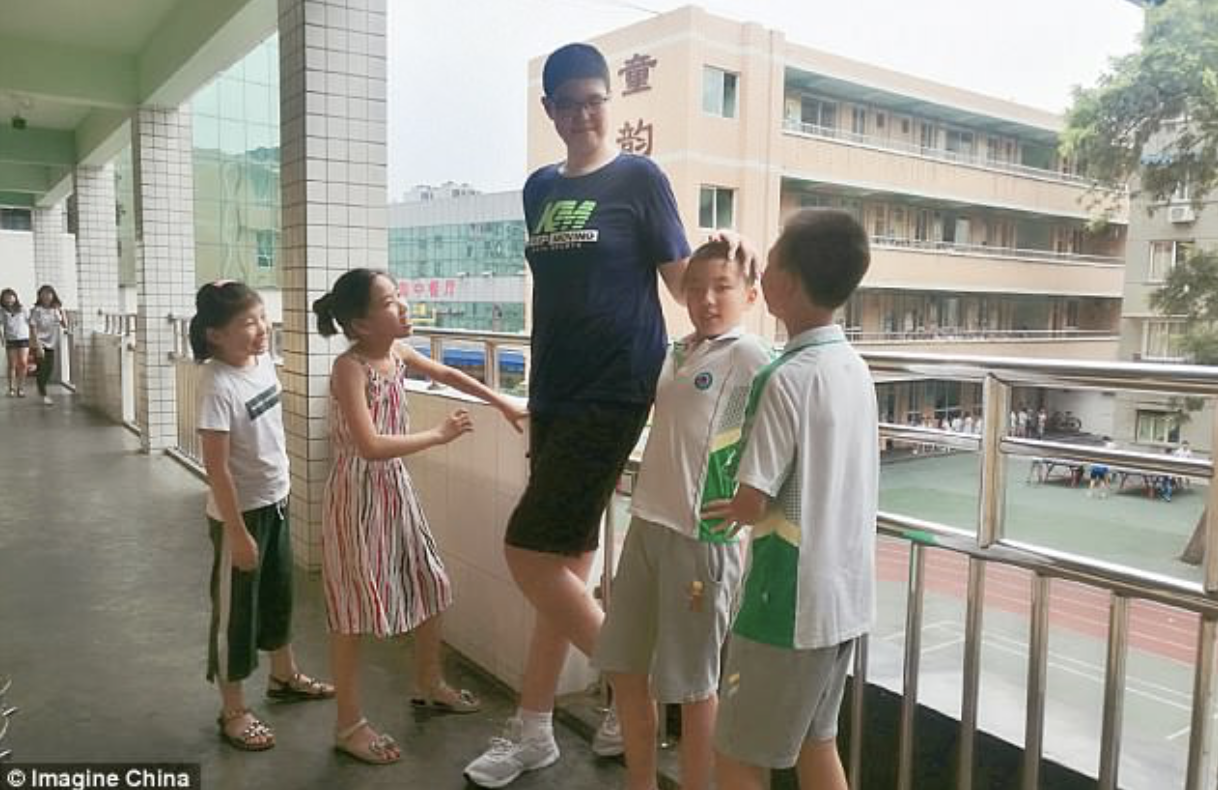 One may think that those around him would’ve been impressed by his height. After all, he is only 8cm shorter than Chinese basketball star Yao Ming, who comes in at 2.29m.

Unfortunately, as is wont of people who stand out – literally – from their peers, they get singled out. As a young child, people sneered at him, asking how someone could be so tall in kindergarten.

The bullying didn’t stop when he progressed to primary school. At the age of 10, a schoolmate told him that being tall meant that he was silly.

As a result, Keyu locked himself in his room and shouted that he hated being tall.

But his mindset would change later.

A tall and studious kid

According to China Daily, Keyu’s primary school teacher said that he was a naughty – weren’t we all – but studious pupil. He even got the highest grade for Chinese in class once. 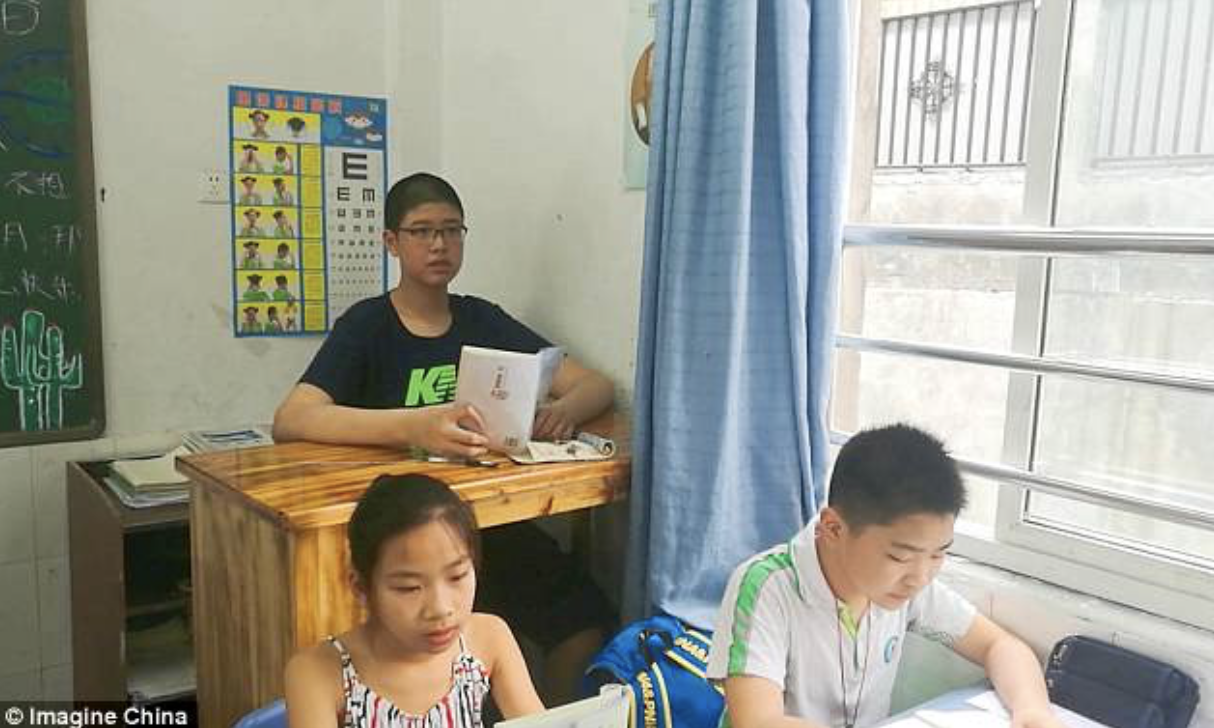 Apart from being a tall boy, he’s no different from any ordinary teenager, his teacher says. That said, he does have a special desk and chair made for him.

Set to be the world’s tallest teenager

On Sunday (18 Oct), a team from Guinness World Records measured his height on his 14th birthday, reports The Sun. 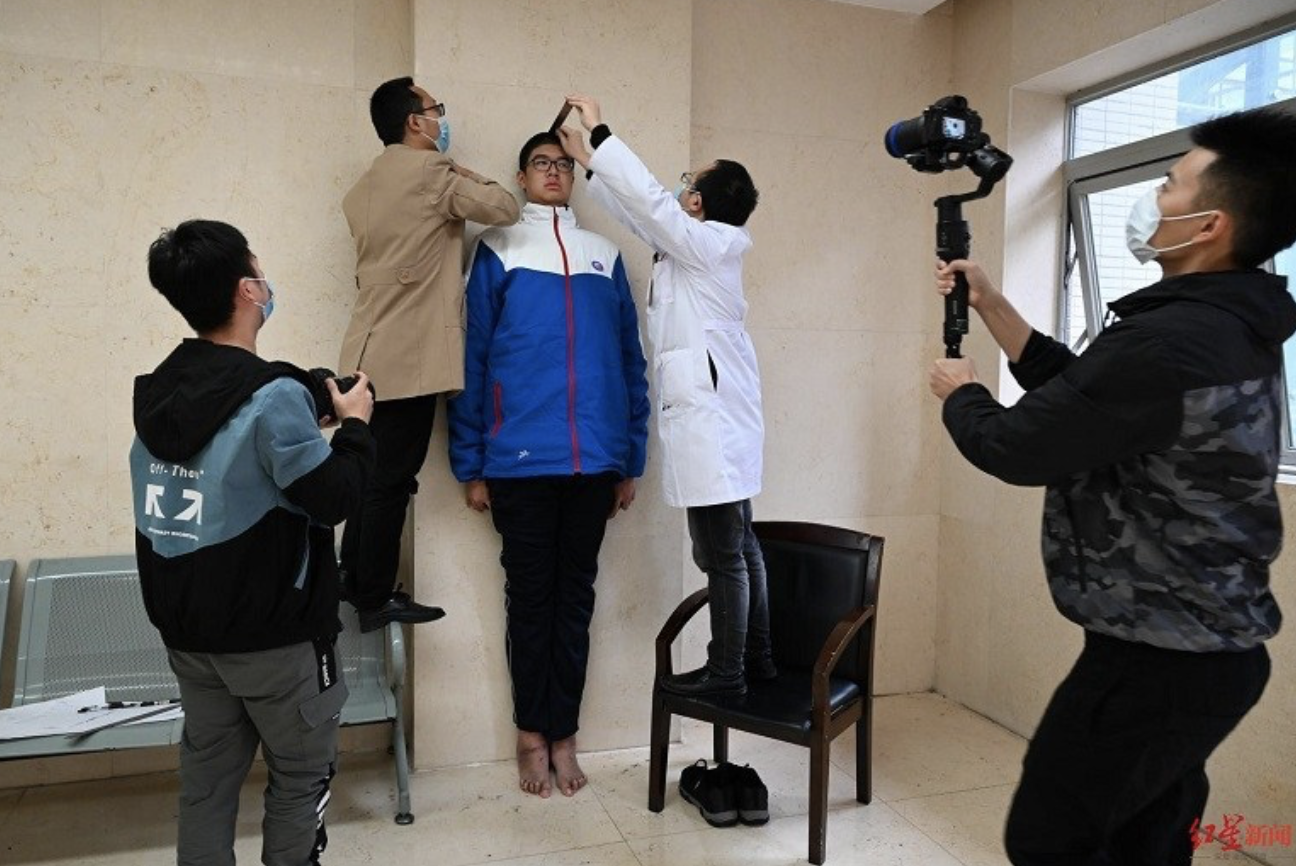 Although being tall comes with some drawbacks like people mistaking him for someone much older, he decided to be positive and made applications to Guinness to see if he’s indeed the tallest teen on Earth.

We admire Keyu for being positive despite the comments about his height. After all, height isn’t something he can control, so embracing his uniqueness is definitely something we can all learn from.

We wish Keyu all the best in his endeavours and hopes he earns a place in the Guinness World Records.

Featured image adapted from Express Digest and 245 news around the world.