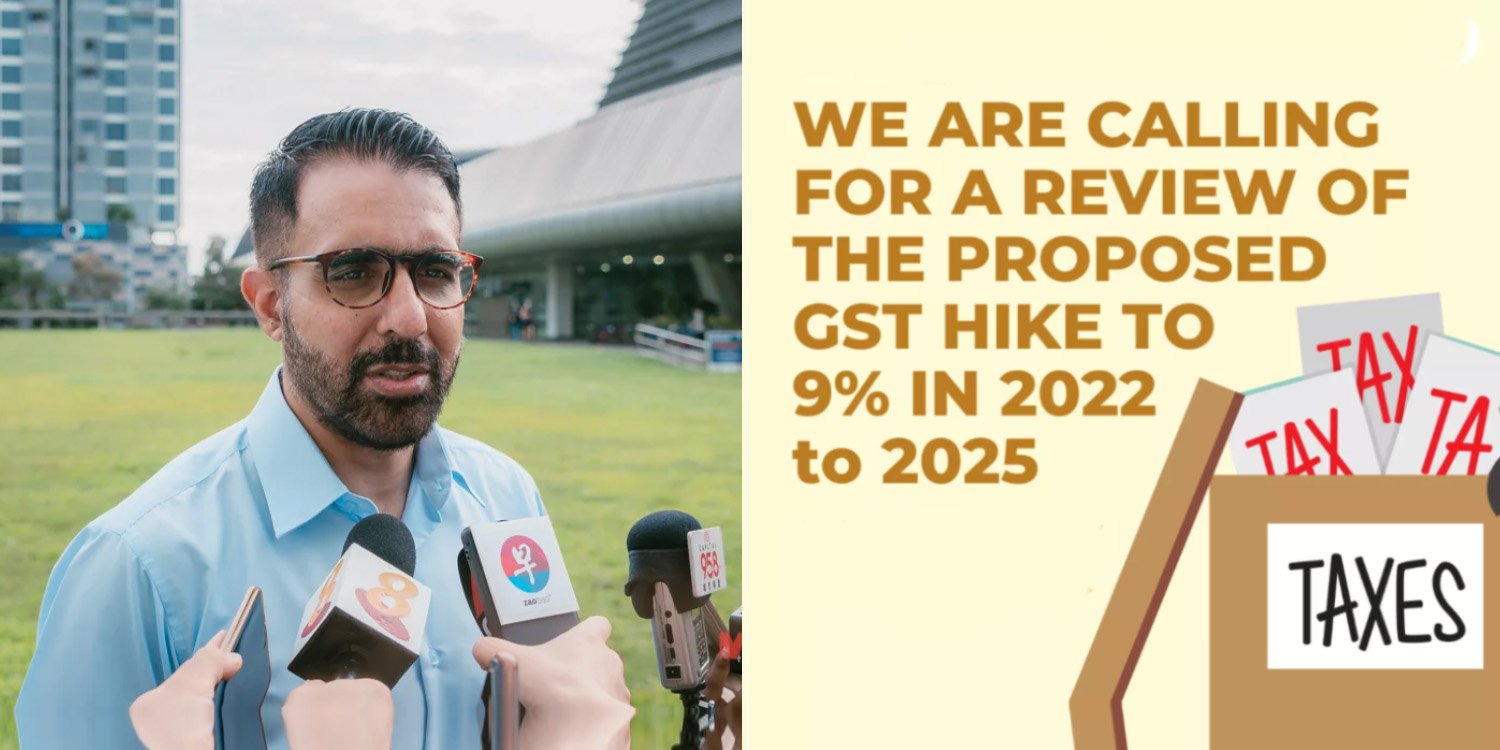 This was because the Covid-19 pandemic hit, but the hike is still planned in the next few years.

The Workers’ Party released a series of images on social media opposing the raise, citing excess untapped revenues as well as the impact on lower income families. The WP has raised opposition to the hike since 2018 when it was first proposed.

Despite plans in the short term to allay the impact of the hike, WP says it will continue to impact everyone for the rest of their lives.

In the post on Saturday (13 Mar), the WP said that the Government generated a recurring cash surplus of $29 billion on average yearly between 2011-2019. 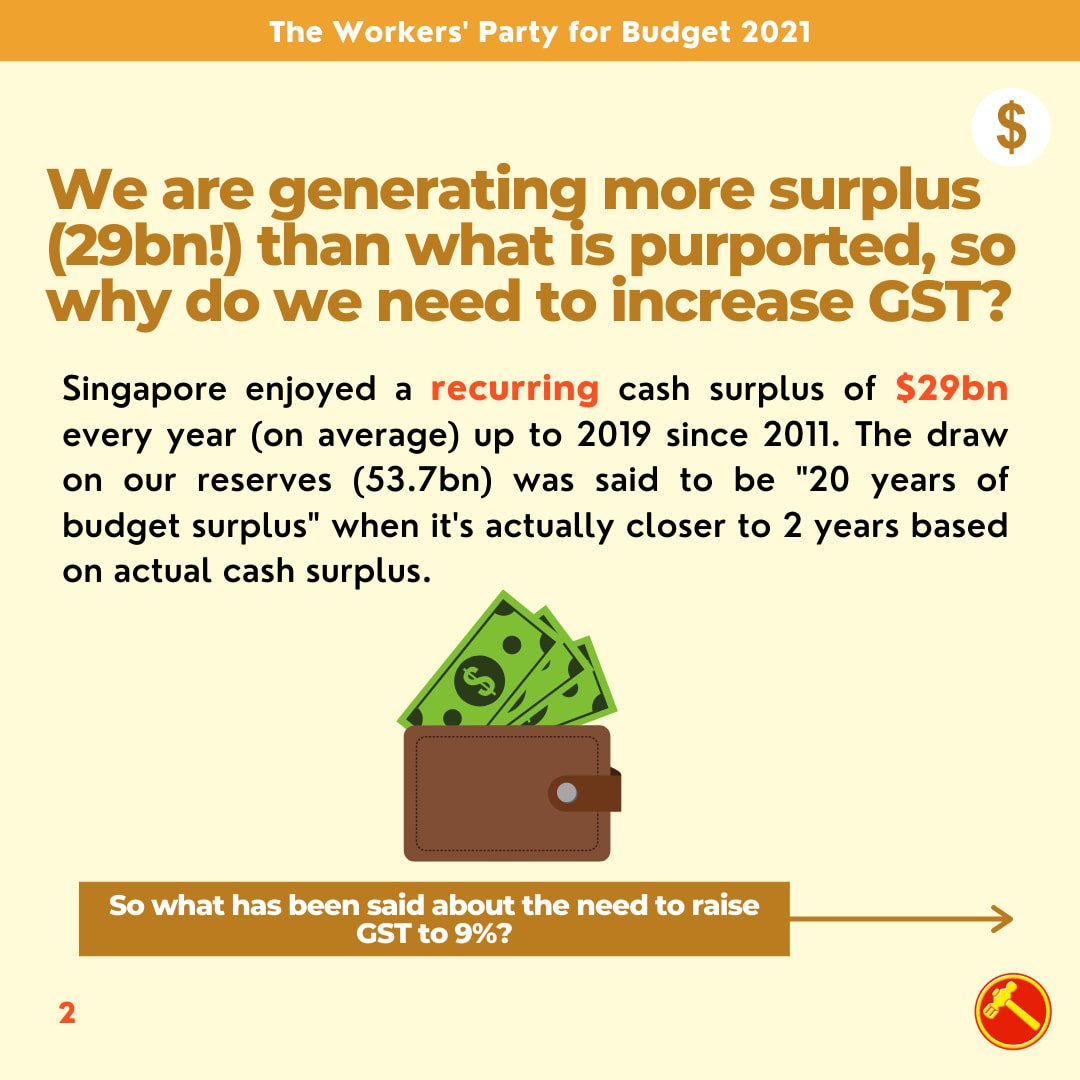 WP has called into question the hike since 2018 when it was first proposed.

They have raised 2 questions:

WP also claims that the Government has a budget surplus and not a deficit as claimed. 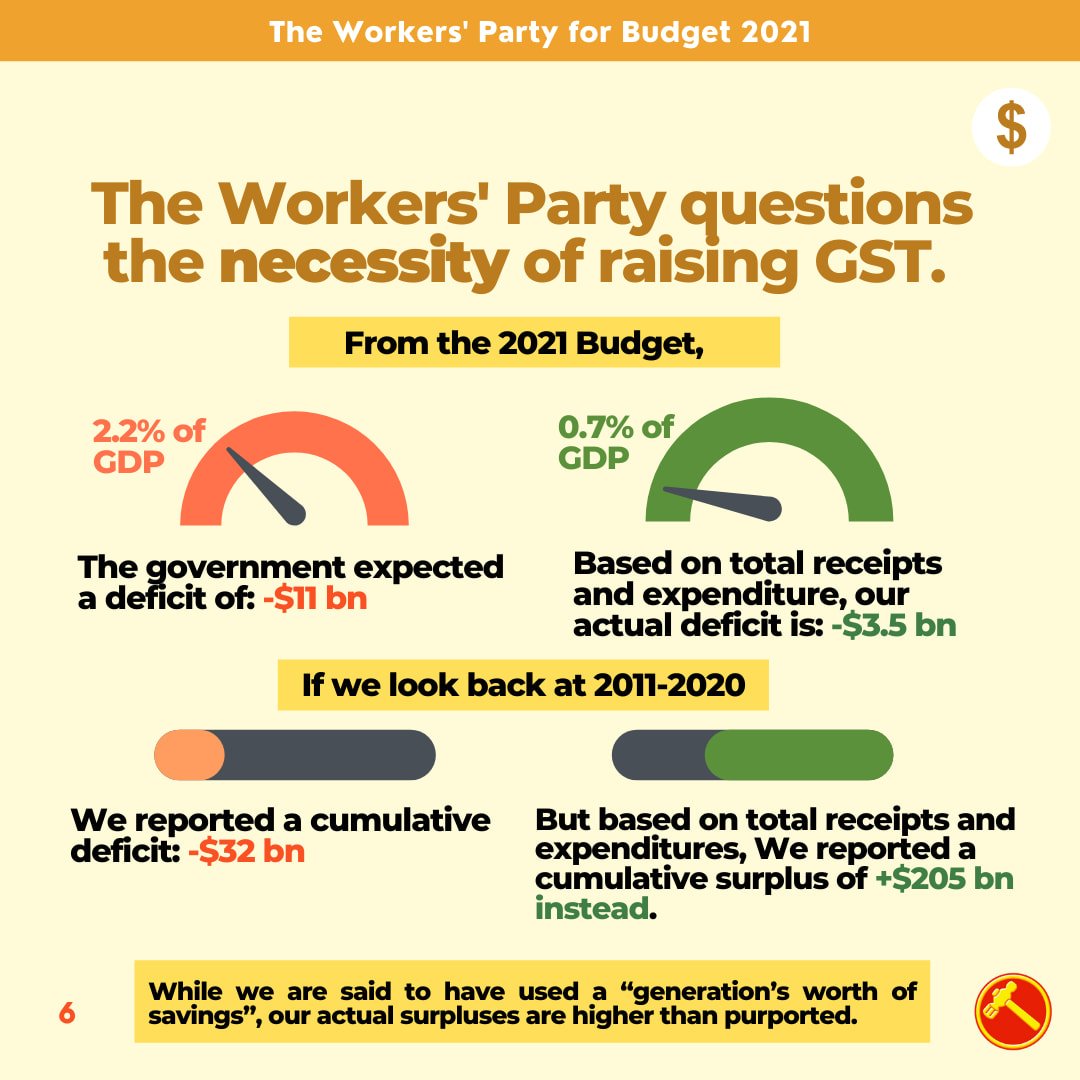 The cumulative surplus is purportedly $205 billion instead of the deficit of $32 billion as reported for the years of 2011-2020.

While WP claims that the surplus is higher than reported, they’re also against the idea of a regressive tax like the GST. 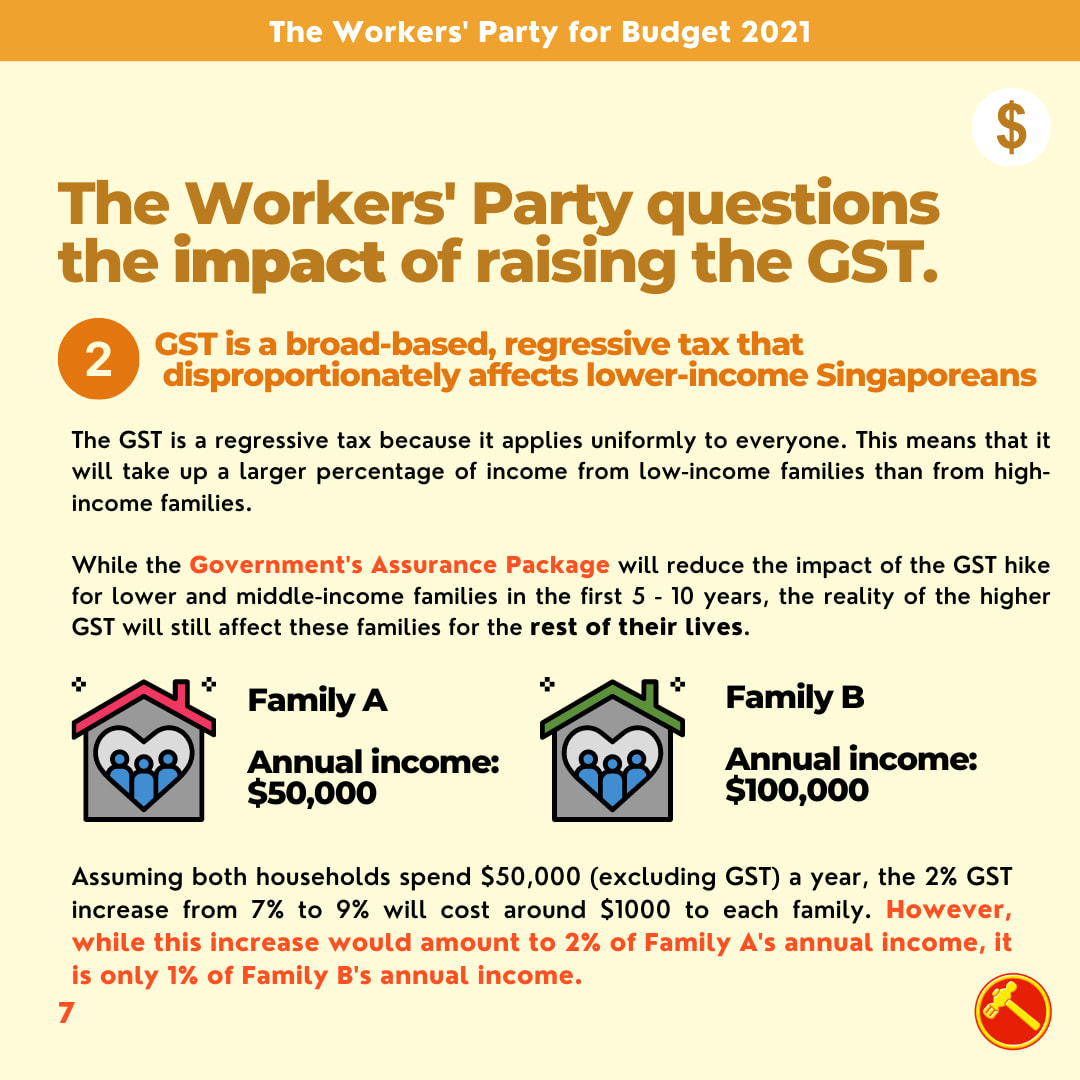 They note that the GST is uniform, which will affect lower-income families more than high-income ones.

This is based on the GST taking up a larger proportion of income from lower-income families than higher-income ones.

Instead, they propose other ways in which the Government can raise revenue. 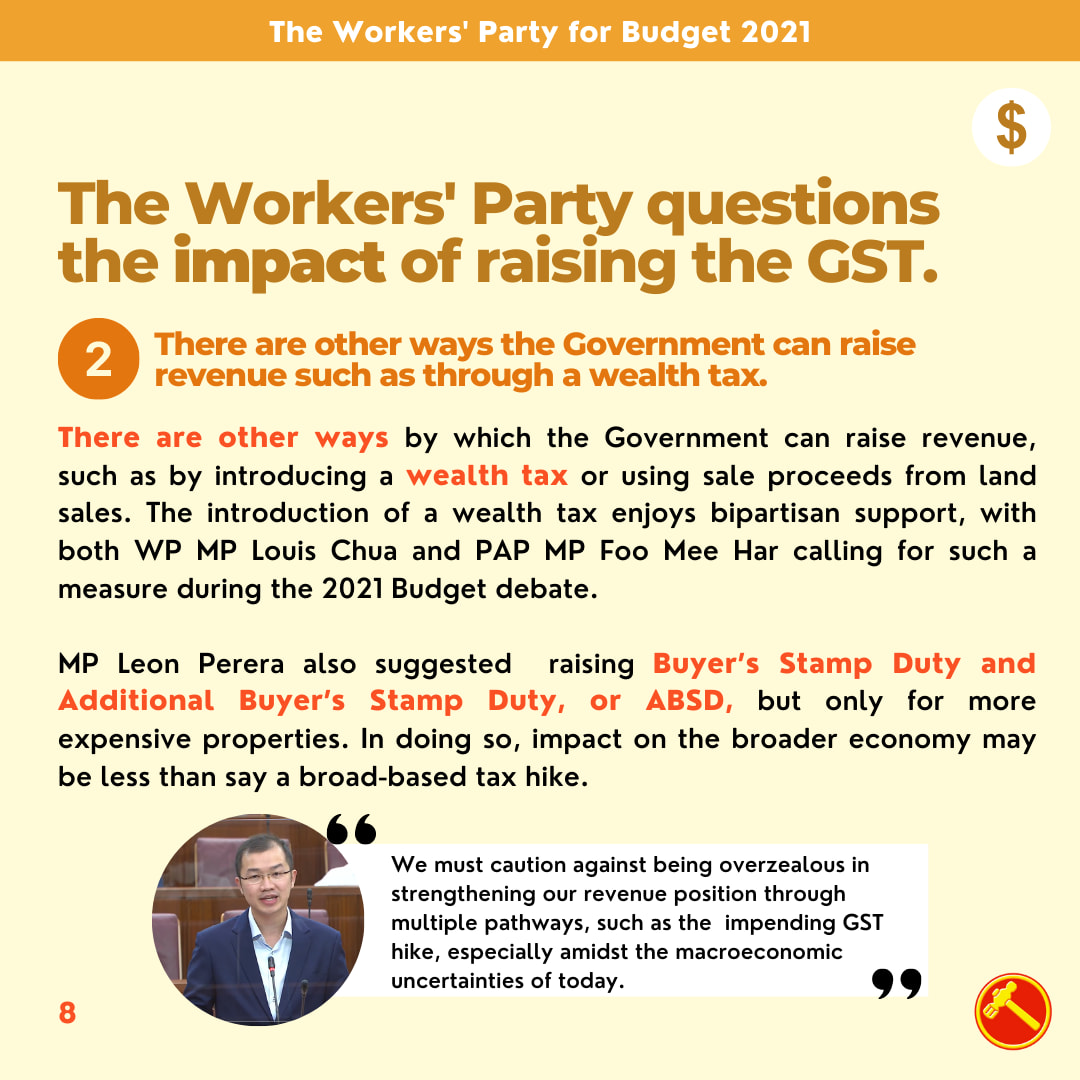 This is a tax paid on documents executed on property purchases in Singapore.

A wealth tax, or using sale proceeds from land sales were also proposed as alternatives — the former was proposed by both Louis Chua from WP and Foo Mee Har from PAP.

Cash surplus can be used if Govt changes

The current rules on cash surpluses are such that the Government cannot use land sales and invest as well as interest income for its annual Budget. 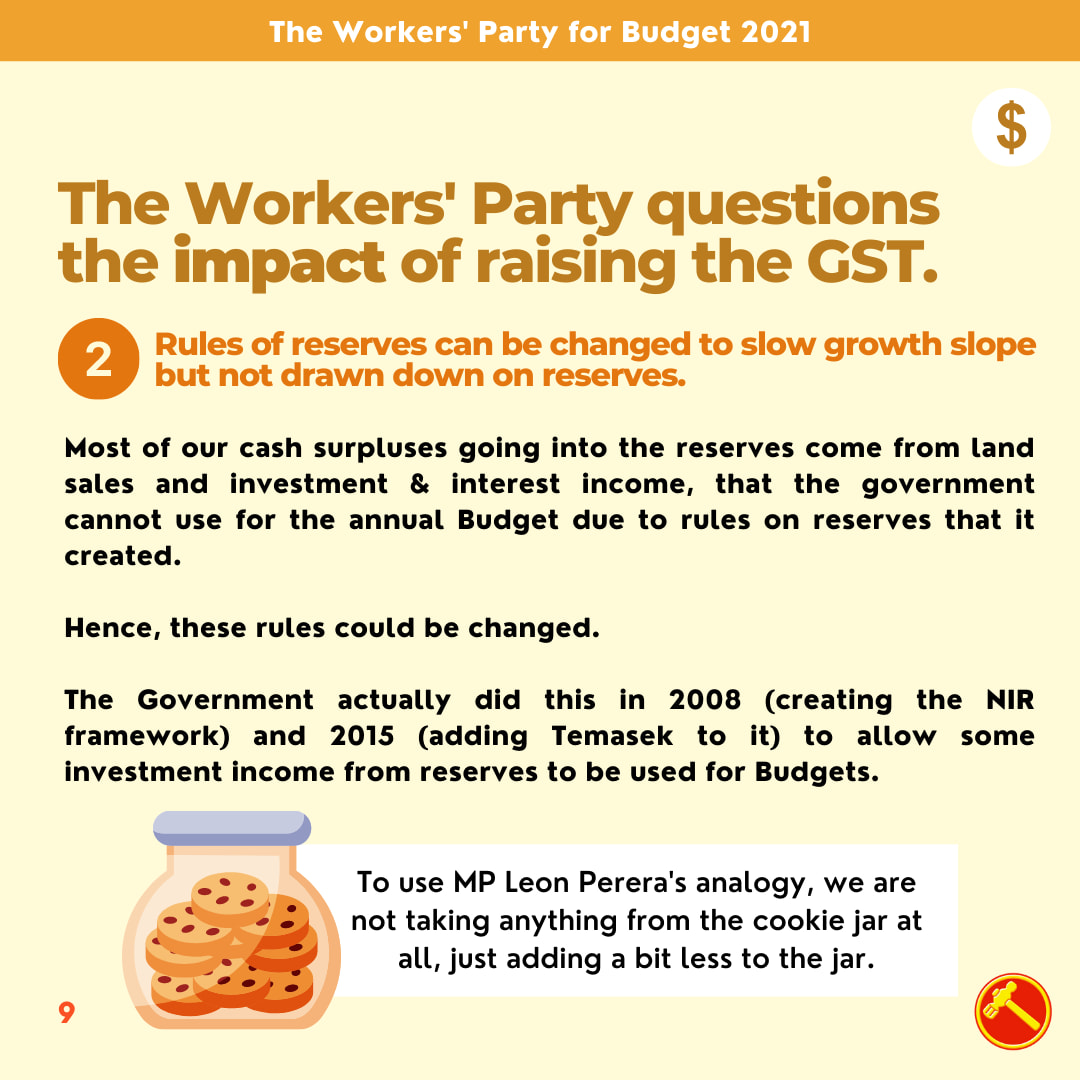 However, WP says they can change this, as they did for the NIR framework as well as adding Temasek.

Questions as to alternatives

WP’s stance on the GST hike has been unchanged since 2018.

They have asked many times as to whether the reserves can be used to fund more spending instead of taxing more.

However, some netizens ask whether there are alternatives beyond using more reserves to fund spending. The Government also does not agree on using reserves beyond in exceptional circumstances, such as during the Covid-19 pandemic.

Regardless, WP raise a point about the GST being a regressive tax, as well as the Assurance Package only helping in the short-term.

Hopefully, there can be more robust debate and policies proposed regarding the GST hike and alternatives considered.

Featured image by MS News and adapted from Facebook.