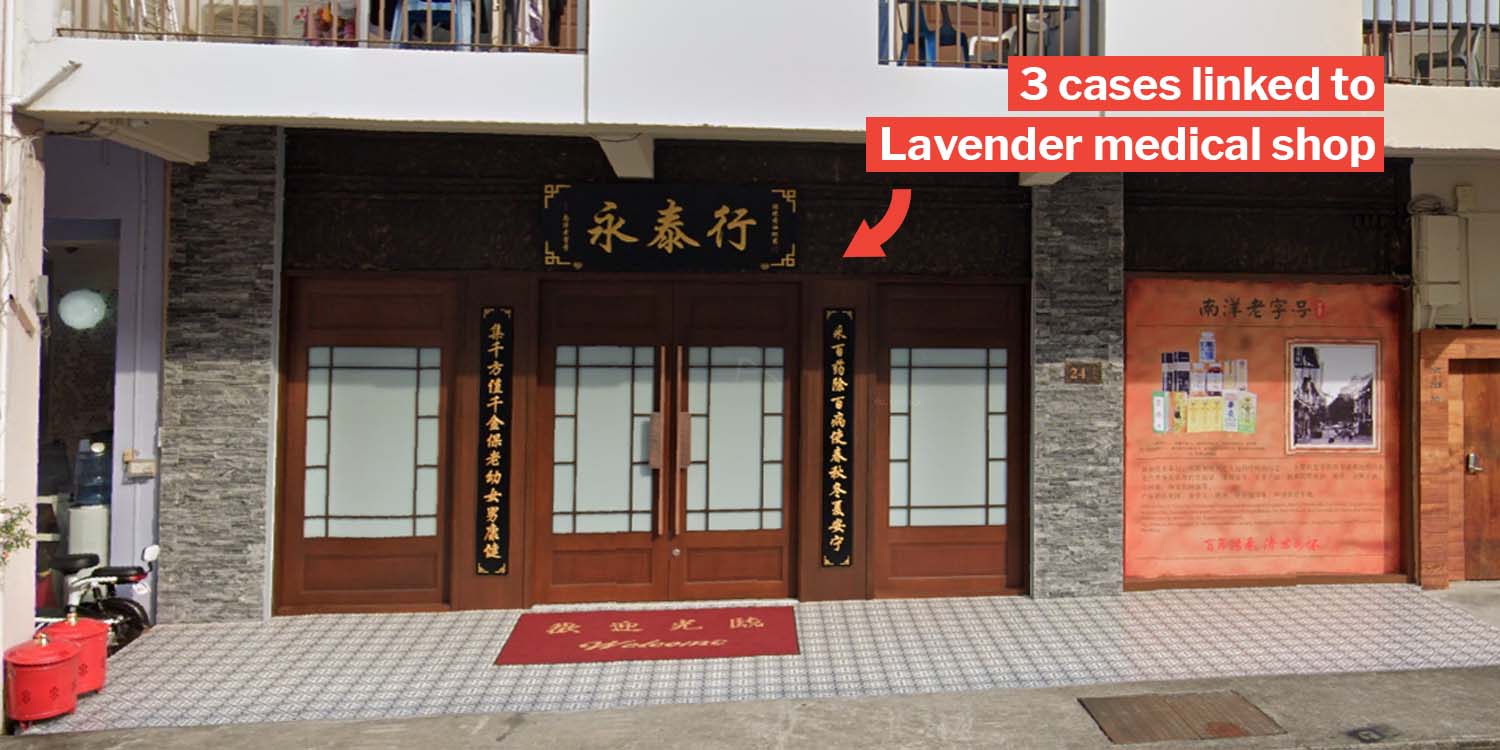 Almost 2 weeks since Singapore reported its first case of the Wuhan virus, the numbers continue to escalate.

As of Wednesday (5 Feb), we have 28 confirmed cases, with another 4 who tested positive for the Wuhan virus, as reported by Ministry of Health (MOH).

What’s even more shocking, is that a 6-month-old baby is among the new cases — the youngest patient to be infected so far.

According to The Straits Times, 3 of the latest cases are connected to yesterday’s confirmed local transmissions involving a Chinese health products shop in Lavender. 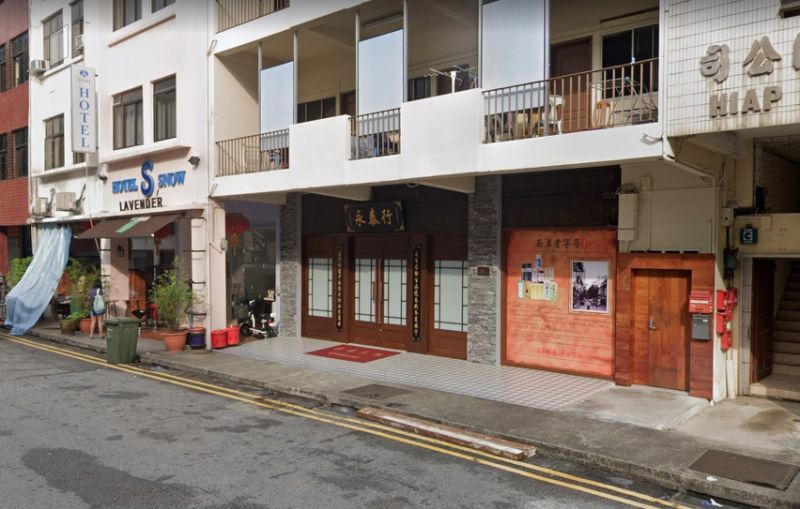 Channel NewsAsia (CNA) reports that 2 of them are family members of the country’s 19th case — a 28-year-old woman announced on Tuesday (4 Feb). She worked at the shop called Yong Thai Hang that mostly caters to tourists from China.

The 2 are the woman’s husband, 45, and 6-month-old baby, who have not travelled to China recently.

The husband is quarantined at the National Centre for Infectious Diseases (NCID). Meanwhile, the baby is currently isolated in a special ward at KK Woman’s and Children’s Hospital.

As for the remaining 3rd case connected to the same shop, a 40-year-old Singaporean tested positive. He is the husband of the 32-year-old tour guide — the country’s 24th case announced on 4 Feb.

As for the China tour group that visited the shop, here are other known places they’ve gone to Singapore when they were here on 22 and 23 Jan. 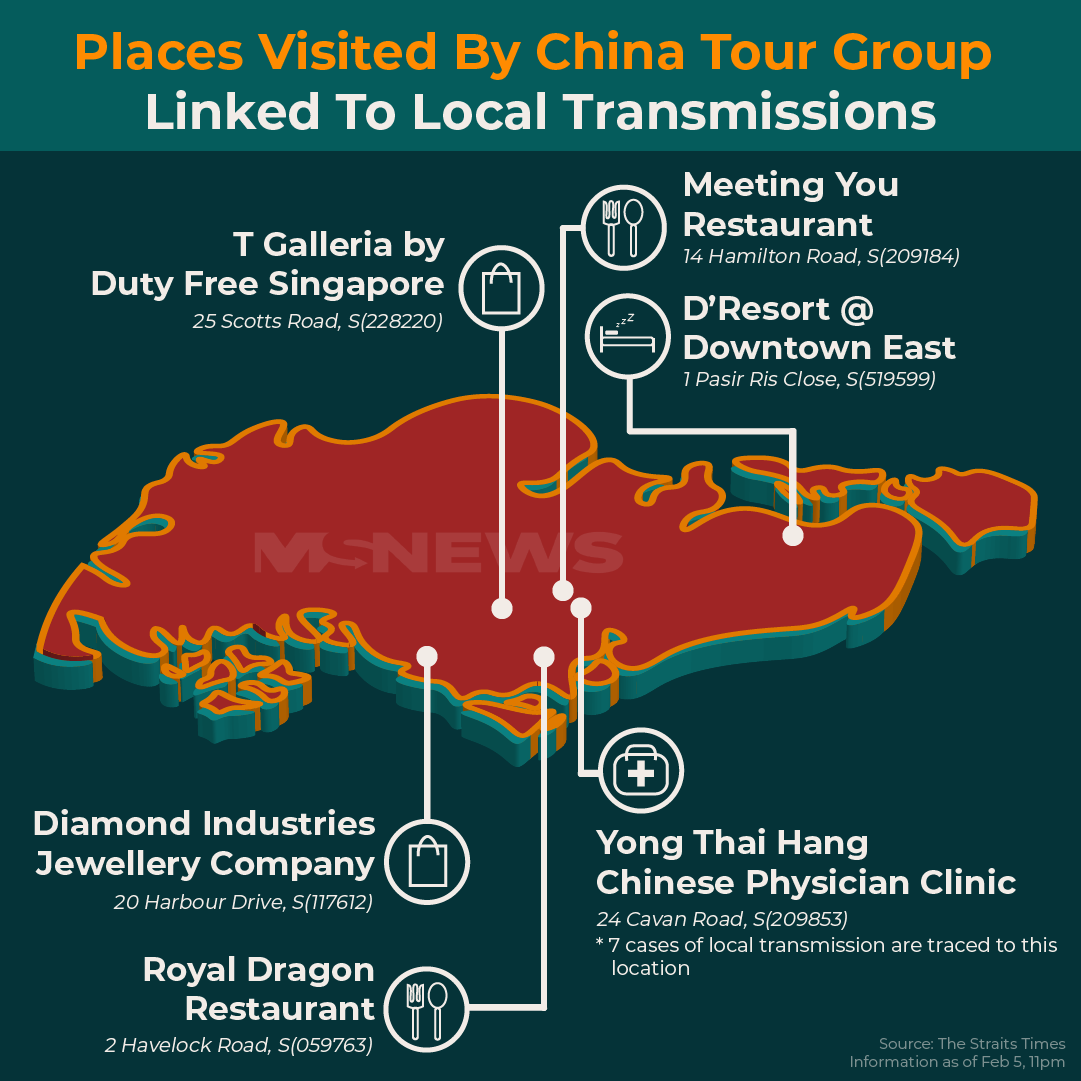 4th latest case of 5 Feb is Chinese national from Wuhan

The 4th most recent case is a 42-year-old female Chinese national. CNA reports that she touched down from Wuhan in Singapore on 21 Jan.

She is the daughter of an infected patient, who was earlier announced as a confirmed case.

They’re all currently warded at NCID as well.

Despite this latest development, MOH stresses that this is still not proof of community spread in Singapore as of now.

Singapore is 2nd country with most cases outside of mainland China

With 5 Feb’s statistics, Singapore is now the second country to have the highest number of Wuhan viruses cases outside of mainland China.

Japan records the most, with 33 cases.

The outbreak continues to worsen around the globe, having infected over 24,000 people and claimed the lives of almost 500.