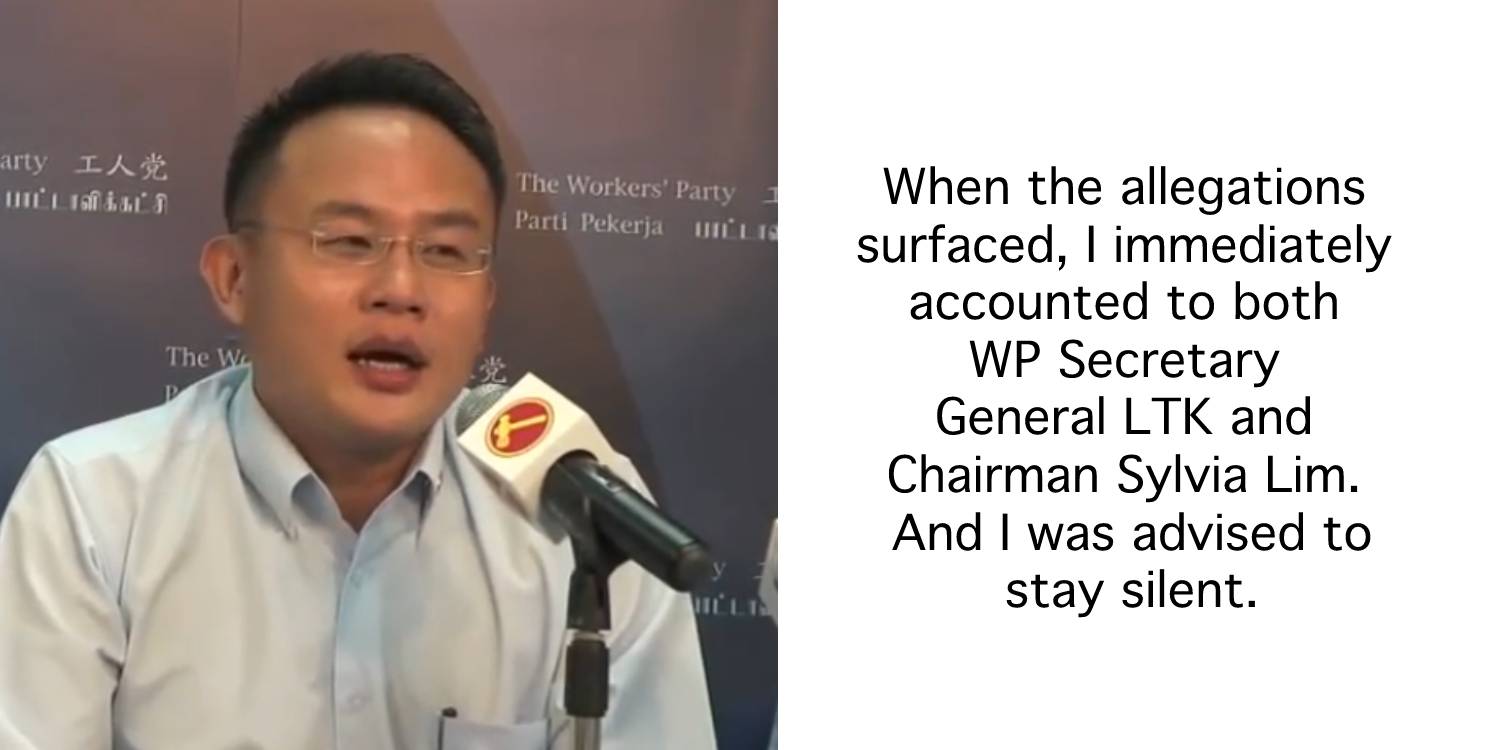 He claimed that him not being accountable to the party was untrue.

The statement also reported that Mr Yaw did not appear before the WP Central Executive Committee (CEC) despite being summoned.

In 2012, then-Hougang MP and Workers’ Party member Yaw Shin Leong was expelled from the party following allegations that he’d had an extramarital affair.

Since then, he has left the country and largely remained out of the public eye.

However, on Monday (6 Dec), Mr Yaw made a post on Facebook addressing a statement by WP leader Pritam Singh. He directly refuted Mr Singh, noting that he’d accounted himself to the party before and after allegations surfaced.

Yaw Shin Leong says he had accounted to party about allegations

Contrary to what Pritam Singh said on 2 Dec, Mr Yaw claimed he had accounted himself to the party, notably then-Secretary General Low Thia Khiang “even before the allegations” surfaced.

He also claimed to have accounted to both Mr Low and Sylvia Lim when the allegations then surfaced.

This is what Mr Singh noted in the press conference:

Yaw Shin Leong did not account himself to the party after the allegations were made. I think he did not address the media, did not address the party. The party was willing to give him some space to get himself organized, but this just went on and it went on, to a point where it was unreasonable conduct and this was not acceptable. And so, the party took the decision to fire him, to sack him.

You can view the portion of the answer here.

He was expelled on 14 Feb 2012 after he apparently failed to present himself to the Central Executive Committee.

However, Mr Yaw paints a different picture in the post.

He said that he was advised to stay silent by party leaders after he accounted himself to them.

With that advice, he “placed party first before self” and decided to resign from the CEC.

He also said he travelled out of Singapore to give the leaders a “blank cheque to paint the narrative required”.

In between the time that he resigned from the CEC and his expulsion, rumours surfaced in the media regarding his extramarital affairs. However, both WP and Yaw remained silent.

Hence, he said he’s not okay with what Pritam said about him not accounting himself to the party when he’d claimed to have done so.

He’s however, okay with the narrative that he’d “[broken] the faith, trust & expectations of the party and people”.

That said, in the comments, Mr Yaw said he’s moved on and merely wanted to clarify the details “because truth and accountability are key ingredients in politics”.

On Tuesday (7 Dec), the WP issued a statement on Facebook denying Mr Yaw’s allegation that Mr Low and Ms Lim had advised him to stay silent.

In the statement, WP also added that Mr Yaw chose not to report to the WP CEC despite being summoned.

It’s worth pointing out that Mr Yaw’s account directly contradicts the party’s line.

According to a press conference that WP held following his sacking, the party leadership reportedly only learned of the accusations against Mr Yaw when approached for comments.

It throws into question the account that WP put out regarding the timeline of the Raeesah Khan saga.

We hope the truth can come to light as the party is accountable to all Singaporeans.