Yeo’s Chrysanthemum Tea Were Not Expired In Both Cases

Singaporeans and Malaysians share a common love for many things food or drinks related. These range from durian to chendol, and even non-crispy rendang.

A beverage brand that’s definitely high on that list would surely be Yeo’s.

But some fans are now harbouring second thoughts about consuming the drinks directly from the packets — after 2 incidents involving mysterious debris as pictured below. 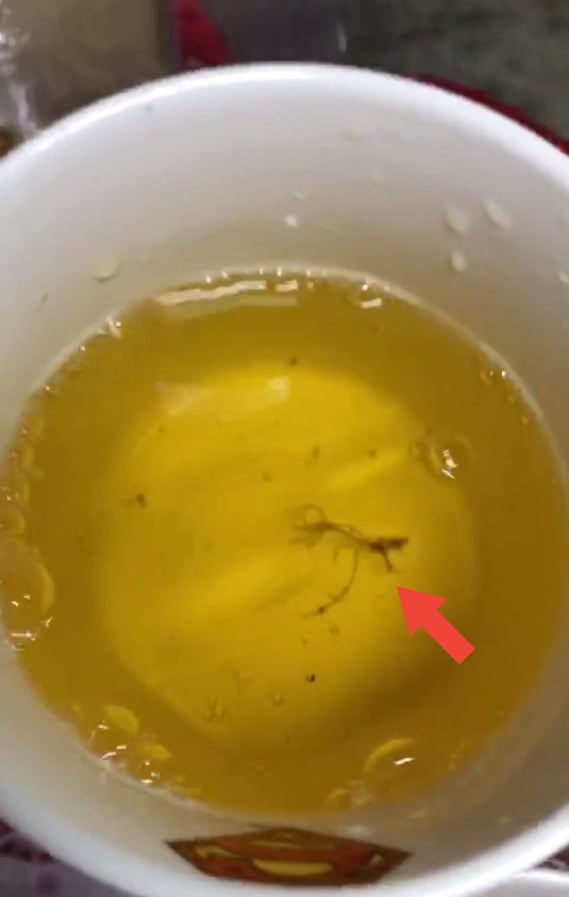 Here’s the video in full. We also break down the events after the jump.

In the beginning of the video, a man begins by showing viewers “dirty” cups of chrysanthemum tea. Brown debris of varying sizes can be seen floating in the familiar golden-yellow beverage. 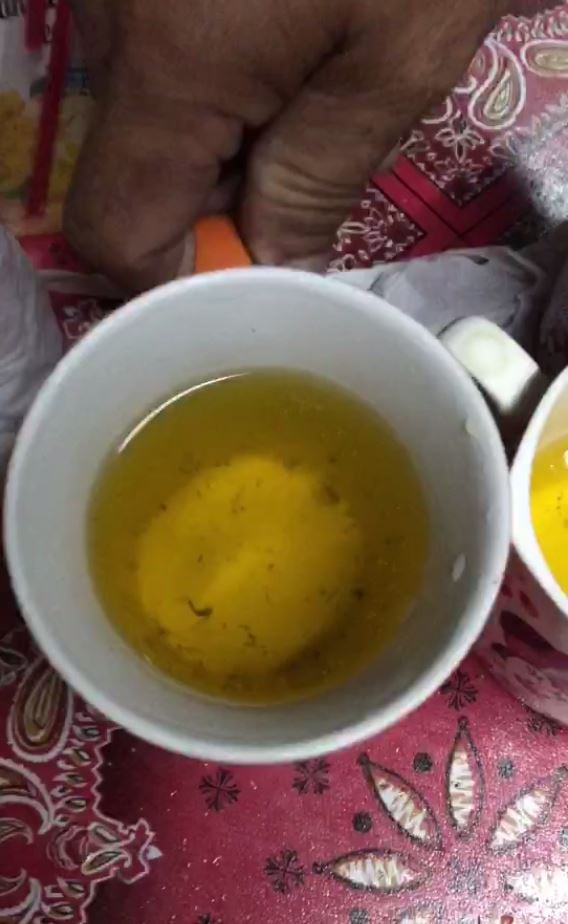 The Malaysian man claims that the drinks have not been tampered with and were fresh from the packets.

To prove this, the man grabs another unopened packet of chrysanthemum tea. He even showed the camera the expiry date printed on the packet — 2 Feb 2019. 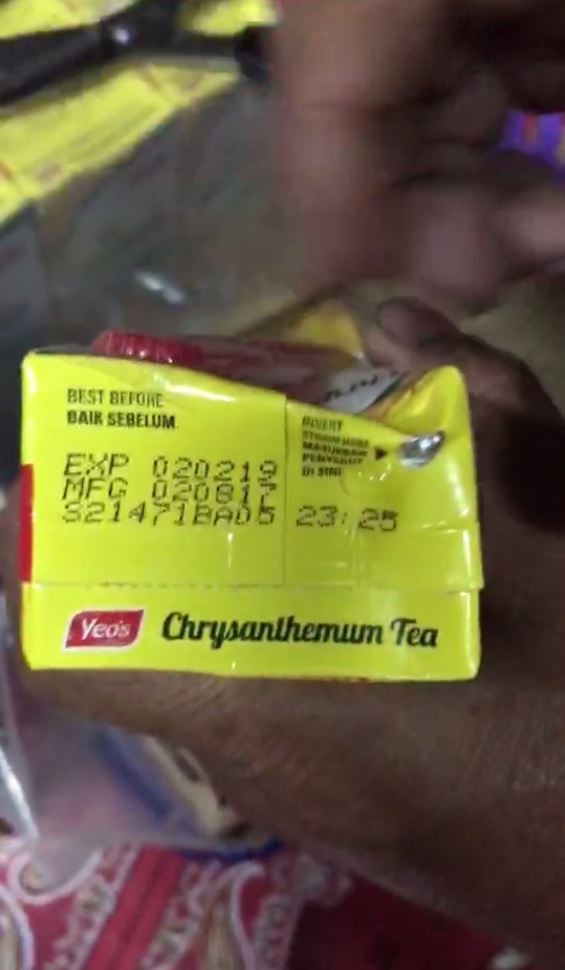 He then pours the contents of the packet into a separate cup. As the packet empties, brown debris can be seen floating within the liquid. 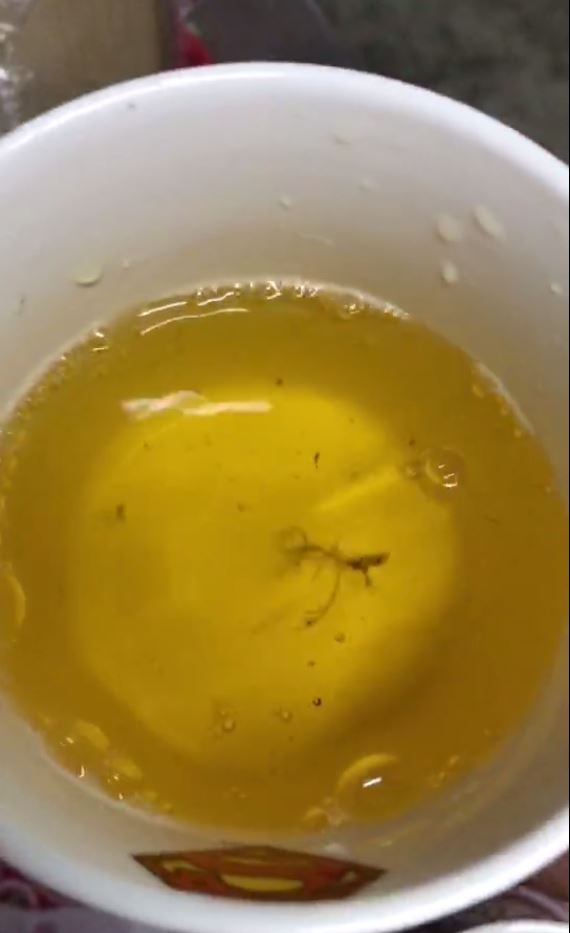 The man describes the debris as being “sticky” and “sour” tasting.

The Malaysian then spends the rest of the video cautioning viewers to be careful when drinking Yeo’s packet chrysanthemum tea.

More specifically, he advised consumers against drinking directly from the packet, as the debris cannot be seen that way.

Yeo’s Malaysia responds within a day

The next day, Yeo’s Malaysia released a statement on their Facebook page addressing netizens’ concerns arising from the video.

Here’s their statement in full,

In response to the video shared through various social media platforms regarding our Chrysanthemum Tea, Yeo Hiap Seng (Malaysia) Berhad (“Yeo’s”) has taken immediate steps to test samples taken from the same production batch as well as to review our production records of the same batch as shown in the video. Our Quality Assurance tests of the samples do not indicate the product conditions shown in the video and the tests affirmed safe consumption of our product. Quality control and manufacturing processes on the said batch of products were also reviewed and confirmed that they were in accordance to standards.

We have been trying to reach the consumer in the video. However, we have not been able to make contact up until 9.00pm on 11 Dec 2018. We encourage this consumer to contact us at Yeo’s Malaysia Facebook, Yeo’s Customer Careline: 1-300-80-2828 or speak to our Public Relations Manager, Ms Janice at 03-55228 189 soonest possible to assist on further investigations of the product.

Yeo’s Chrysanthemum Tea is manufactured under stringent international quality and food safety standards and it is safe for consumption. Our factories are certified with HACCP Food Safety management systems and all stages of our production processes are subject to rigorous quality control procedures. We are confident of our food manufacturing and handling standards and we welcome regulators to inspect our production facilities at anytime.

We truly value consumer feedback as product quality and consumer safety are of utmost importance at Yeo’s.

That may have been the end of the incident in Malaysia.

But a few days later, Ben Wong – a Singaporean netizen – took to Facebook to share his  own similar experience back in April last year.

Here’s a picture of the drink with suspended white debris. 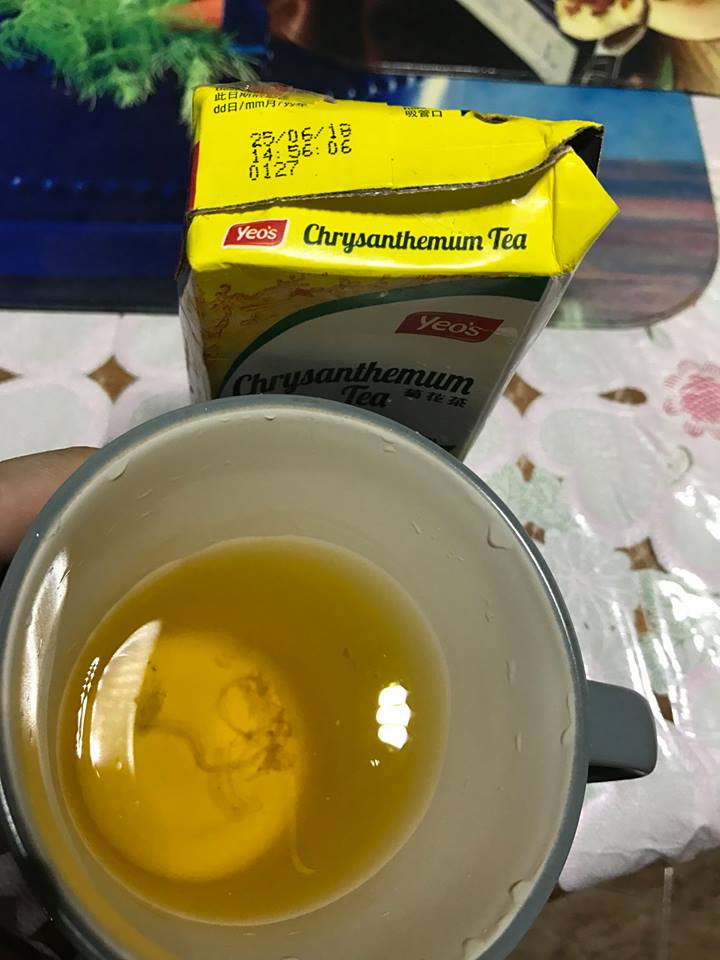 Despite complaining to Yeo’s Singapore a year ago, Mr Wong alleges that he has not received any response to date.

Be careful when consuming packet drinks

MS News has reached out to Yeo’s Singapore for comments regarding Mr Wong’s complaint.

Meanwhile, let’s all be careful when consuming packet drinks.

If anything feels amiss with the beverage, stop drinking immediately and reach out to the respective beverage brands instead. 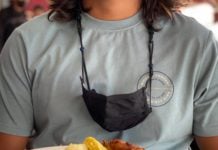 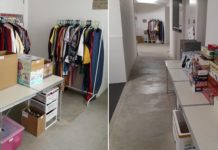 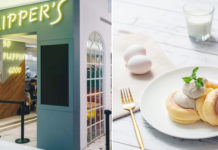