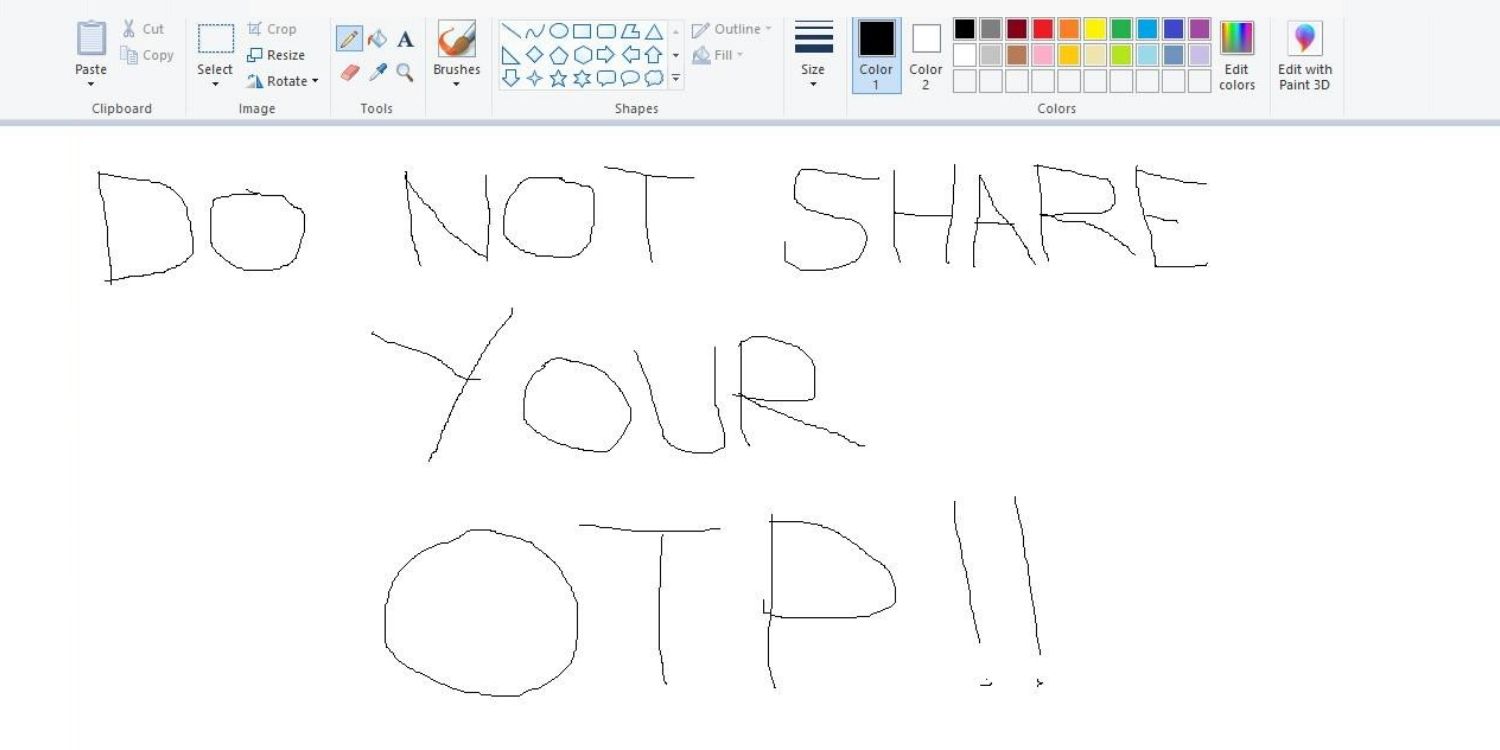 Whenever danger lurks, we can trust our crime-fighting heroes in blue to protect and warn us. And it seems these heroes also have an immaculate sense of humour.

On Tuesday (28 Sep), Yishun North Neighbourhood Police Centre (NPC) said in a Facebook post that their graphic designer is away.

They then shared an amateurishly designed ‘poster’ urging the public not to share their one-time passcode (OTP). 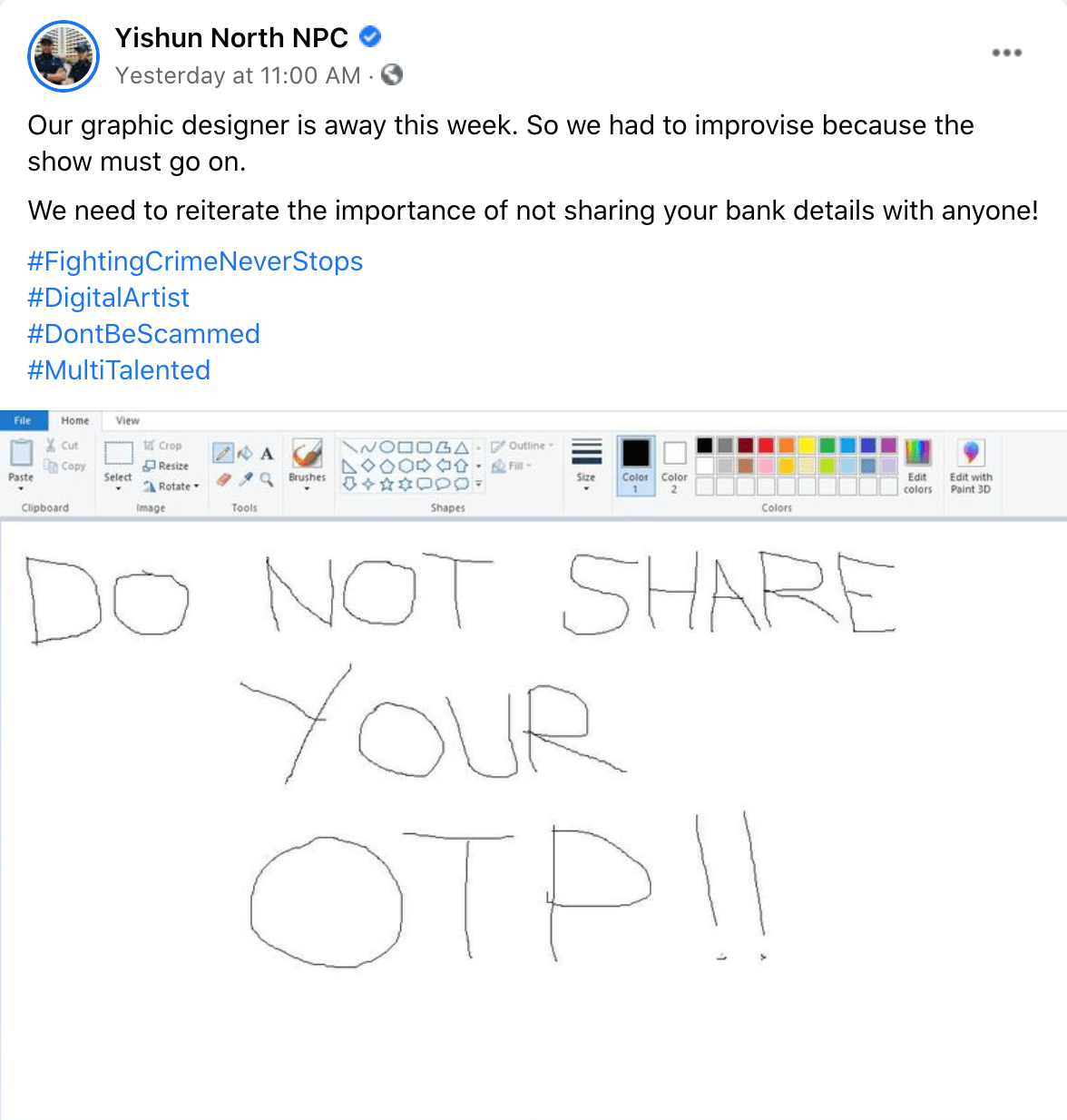 To their surprise, the post went viral, garnering over 2,000 shares at the time of writing.

On Tuesday (28 Sep), Yishun North NPC wanted to put out an important message urging the public not to share their OTP with others. 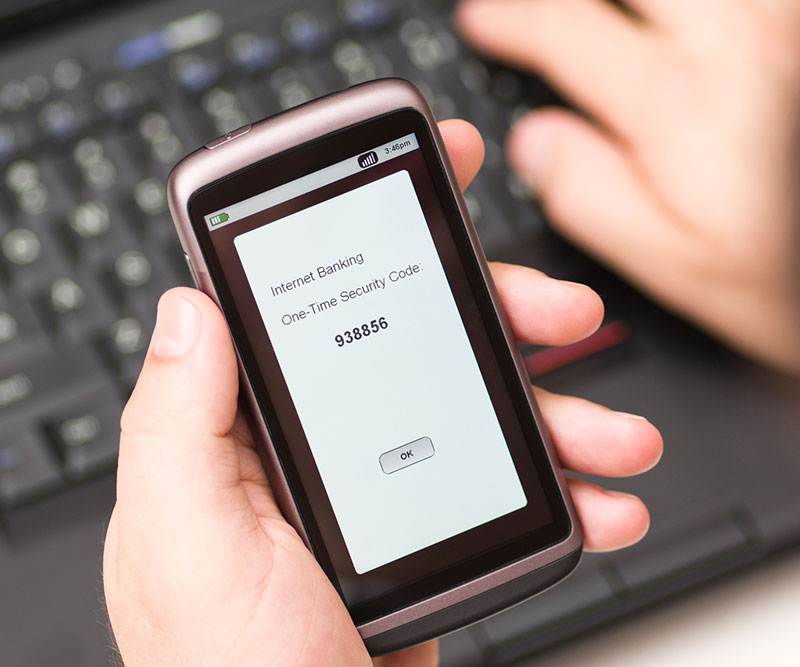 However, they had one problem — their graphic designer is currently away.

Nonetheless, as the famous saying goes, the show must go on.

So the police improvised, designing a ‘poster’ of their own, using what seems to be Microsoft Paint. Stroke by stroke, they paintstakingly wrote the words “DO NOT SHARE YOUR OTP” with 2 exclamation marks for emphasis. 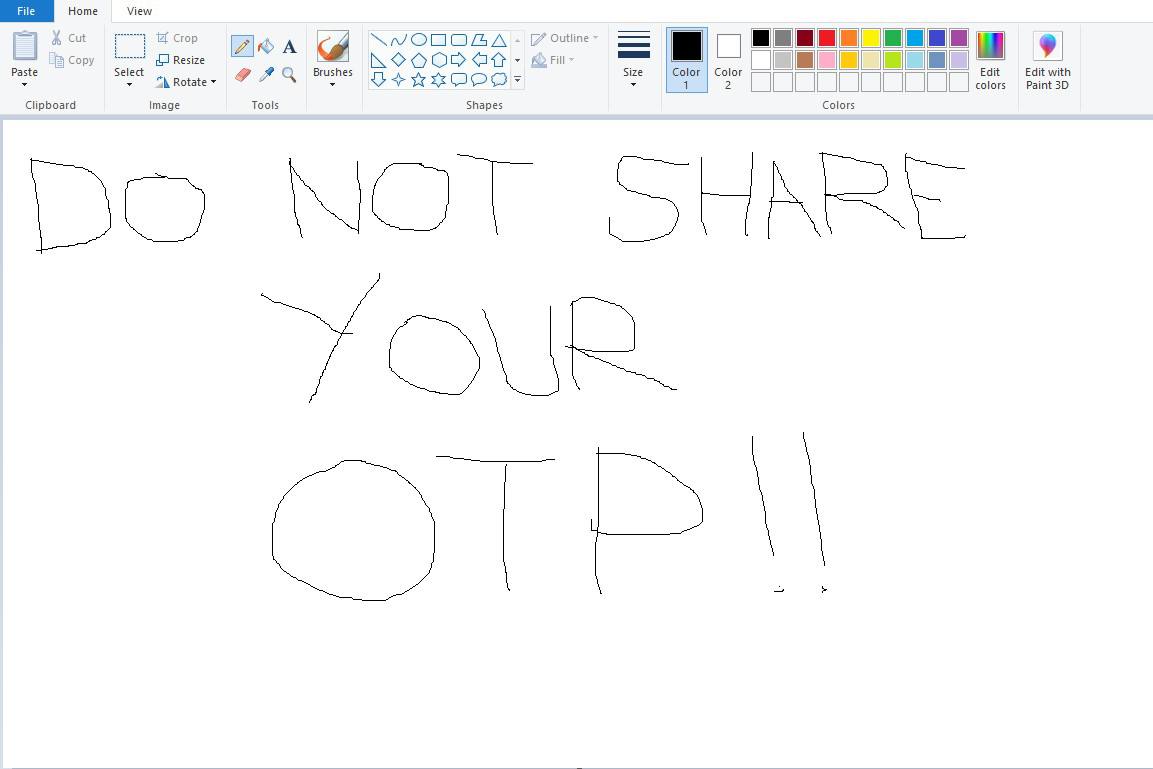 Netizens love their sense of humour

If the Yishun North NPC’s goal was to spread the message, they certainly achieved that.

Some netizens loved the sense of humour displayed, egging the NPC on by saying the ‘poster’ was on the level of Van Gogh’s art.

Other netizens joked that they should just use Microsoft Word in future.

But their graphic designer can take heart that some netizens still miss him dearly.

Continuing their display of good humour, the Yishun North NPC commented on the post as it gained virality.

They showed just how their graphic designer feels about the post going viral. 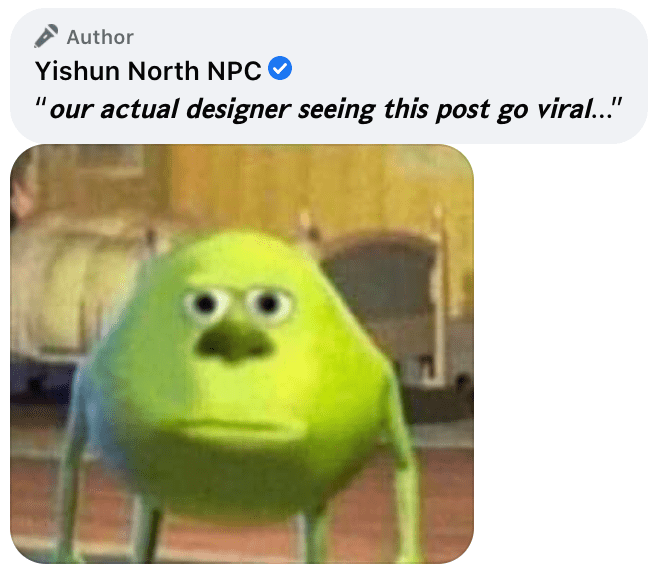 The police also seized the opportunity to shamelessly plug their Instagram page for more of such great content. 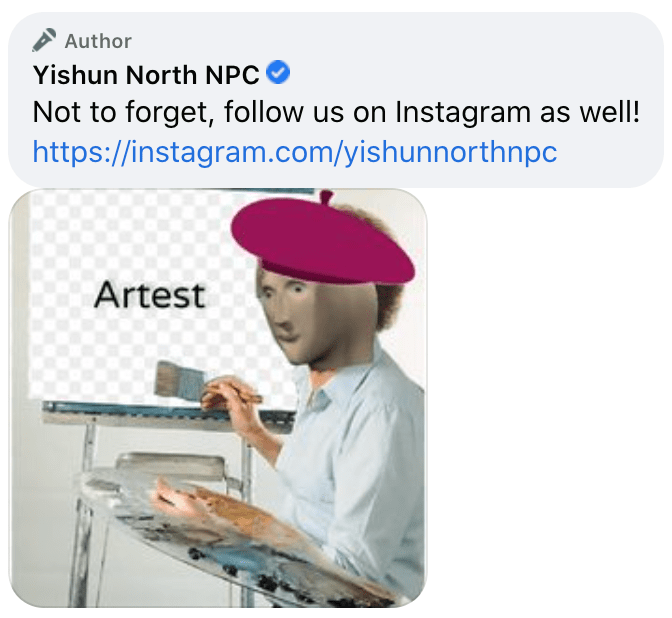 Of course, they had to include another classic meme.

Creativity can go a long way

Last June, an article in The Straits Times sparked great controversy as a survey it commissioned labelled artists as “non-essential”.

The innovation and improvisation by the Yishun North NPC have clearly shown us both sides of the argument in the most entertaining of ways.

Artists certainly play an important role in our society but creativity also brings you far in achieving your goal regardless.