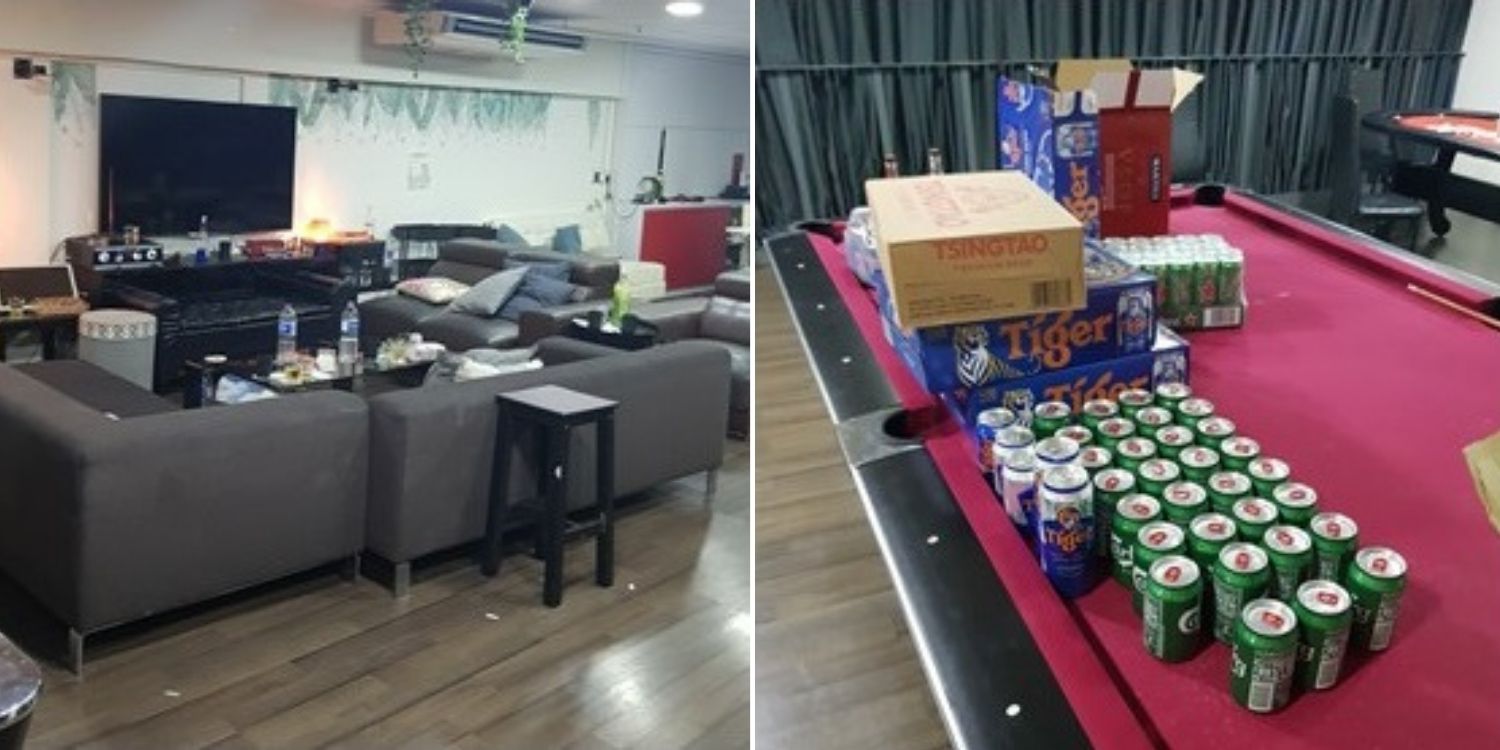 It's believed that unlicensed public entertainment was being provided.

Since Covid-19 reached our shores, Singapore’s nightlife has been reduced to almost nothing, with many establishments having shut down or pivoted to F&B.

After 1.5 years, frequent patrons of these places before the pandemic must be itching to party as they used to.

So it’s not surprising that enterprises that hark bark to pre-Covid days might be operating “undercover” to meet such demand.

Accordingly, the police found 19 people allegedly drinking and playing games in a unit in Balestier. 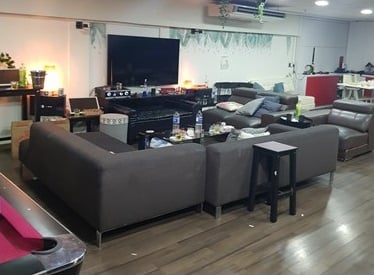 Police get info on gathering in Balestier

In a news release on Wednesday (22 Sep), the Singapore Police Force (SPF) detailed how the raid came about.

They received information that a gathering was taking place on Monday (20 Sep) in a building on Balestier Road.

The premises were for mixed-use commercial and residential purposes.

Police officers entered the unit to find 19 people there, aged between 22-59. 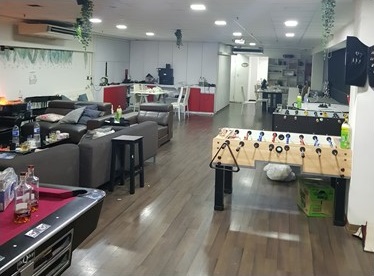 They were allegedly socialising within the unit – something that we’re currently allowed to do in groups of up to 5 people only.

Worse still, they were also allegedly drinking alcohol and playing games like darts and table soccer.

Besides that, it’s believed that public entertainment and liquor were being provided on the premises without a valid licence.

To bolster this belief, all sorts of items used for that purpose were found in the unit.

From the photos attached by the SPF, many cans of beer and at least 2 bottles of whiskey were present. 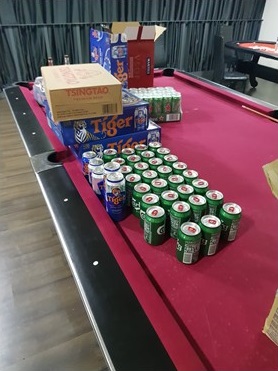 There was also a KTV system there. 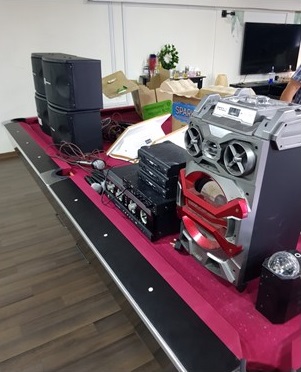 The police additionally saw a pool table, dart board, and other paraphernalia for entertainment purposes.

Among the 19 people there was a 25-year-old man, who’s believed to be the operator.

He will be under investigation for alleged offences under the Public Entertainments Act and Liquor Control (Supply and Consumption) Act 2015.

The offences of providing public entertainment and supplying liquor without a valid licence carry a fine of up to $20,000 each.

All 19 people in the unit will also be investigated for alleged non-compliance with safe distancing measures.

Though large parties haven’t been able to take place for a really long time, we understand why.

With the threat of Covid-19 ever present, and the current surge in community cases, it’s simply unwise not to follow safe distancing measures.

The recent KTV cluster has already shown us what can happen when they’re breached.

The SPF said they “take a stern view” of such irresponsible behaviour, and we should take them seriously – if not for ourselves, to protect our loved ones and the community.