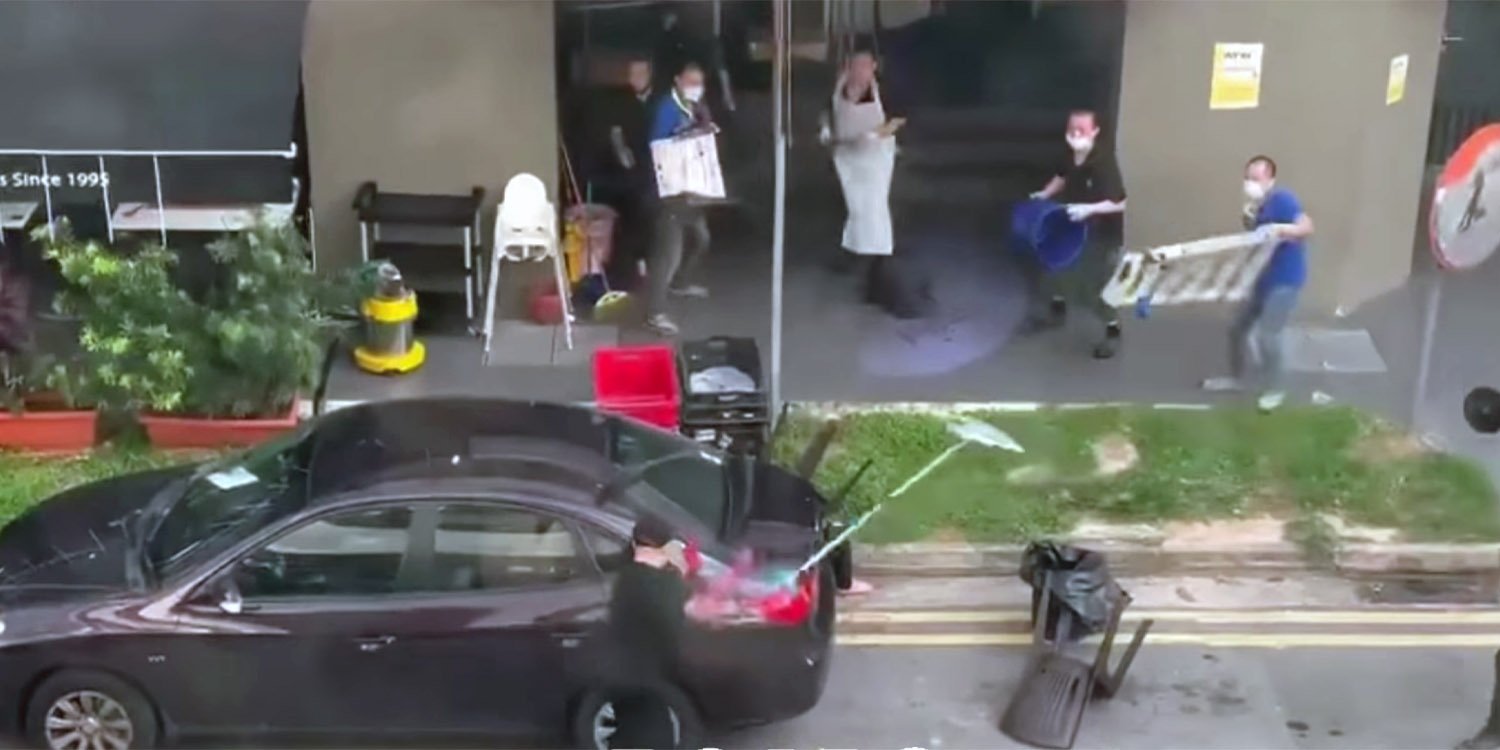 They threw objects and shouted at the assailant.

Last Thursday (14 Apr), a 46-year-old man’s vicious attack on a woman, believed to be his wife, with a chopper shocked Singaporeans.

While horrific, the incident could have turned out a lot worse if not for the brave members of the public who tried to stop him by throwing various items at him.

The Deputy Assistant Commissioner of Police (DAC) said these men showed their courage by standing up to the armed man and deserve to be commended.

Members of the public threw objects & shouted at assailant

On Thursday (14 Apr) at around 5.30pm, the perpetrator Cheng Guoyuan went to Chong Qing (Origin) Steamboat at 87 Beach Road with a chopper in hand.

In videos, he was seen allegedly hacking at his 41-year-old wife repeatedly as she begged for her life.

As this was happening, several people started throwing plastic chairs, ladders, metal signposts, and other nearby objects to stop him.

They also shouted at Cheng. At one point, Cheng chased after some of the men throwing items at him. He retreated into an alley, where he was believed to have cut his wrists and neck.

Eventually, he was arrested by the police. Both he and the victim were then conveyed to Tan Tock Seng Hospital.

On Saturday (16 Apr), he was charged with attempted murder of the 41-year-old woman.

On Monday (18 Apr), 10 of the heroic members of the public who helped to stop the man were awarded SPF’s Public Spiritedness Award. 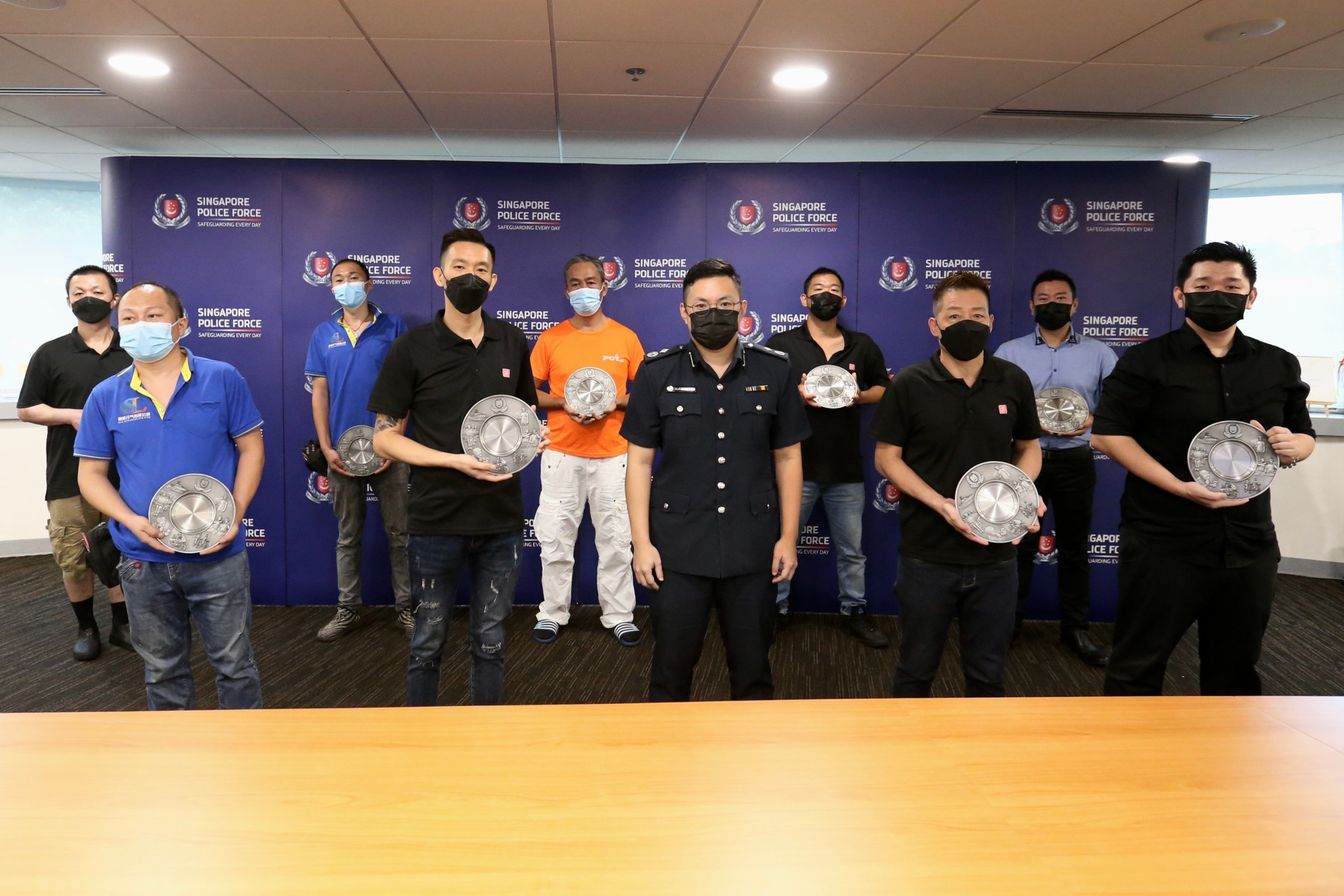 He elaborated that they came forward in the face of danger by yelling and throwing objects at the assailant. They distracted the assailant and prevented him from harming the victim further.

Despite knowing the man was armed, they were alert and brave. DAC Ang said such behaviour should be commended.

Man said there was no time to consider his own safety

One of the men, Mr Lin Zhi Gang – name transliterated from Chinese – was at the scene when the assailant held the chopper against the victim’s neck.

Speaking to Shin Min Daily News, he said he had to take action at the time. Because he was not armed, Mr Lin could only shout at the assailant and hope to get other passers-by’s attention.

Seeing Cheng swing the chopper down at the victim, Mr Lin remarked that he had no time to consider his own safety. Despite his repeated shouts, the man continued his attacks.

But thankfully, help soon came as the other heroic men arrived there to help.

Kudos to the men who showed selfless courage

Upon seeing a violent man armed with a chopper, one’s instinct would normally be to escape to safety.

It is incredibly commendable and heartwarming that these men instead stepped up with selfless courage.

Thanks to them, the woman’s life was not lost, and she is on the road to recovery now.