Some noticed that the ad was shot in the old Wisma Atria.

Looking at the glitz and glamour of our shopping malls and Orchard Road these days, it’s hard to believe how much has changed since the 80s.

But recently, Facebook group The Singapore Conscience gave us a blast from the past by sharing an anti-smoking ad from 1987.

The video soon went viral, amusing many with the playful and hilarious ways used to discourage smoking in the ad.

Shot in old malls, and featuring 80s fashion trends such as neon colours and oversized shirts with electronic dance music in the background, the ad also evoked a sense of nostalgia in some netizens.

On Monday (16 May), The Singapore Conscience posted an old Singapore anti-smoking advertisement from 1987 on Facebook.

Slightly over a minute long, the ad starts by showing a young group of friends decked in 80s garb as catchy electronic dance music plays in the background.

Several men then pick up cigarettes and light up, only to get rejected by their female companions. At this point, the song lyrics go “baby, don’t you blow that smoke at me”.

Two girls in old-school quad skates subsequently roll around and dramatically snap the cigarettes in half.

A choreographed dance then ensues at the roller rink. As the scene moves to a shopping mall, a man is seen smoking in a glass lift.

However, when he looks down, he sees a group of people dancing and pointing up at him. He looks sheepish just as the lyrics go, “the only one you’re fooling is yourself”. 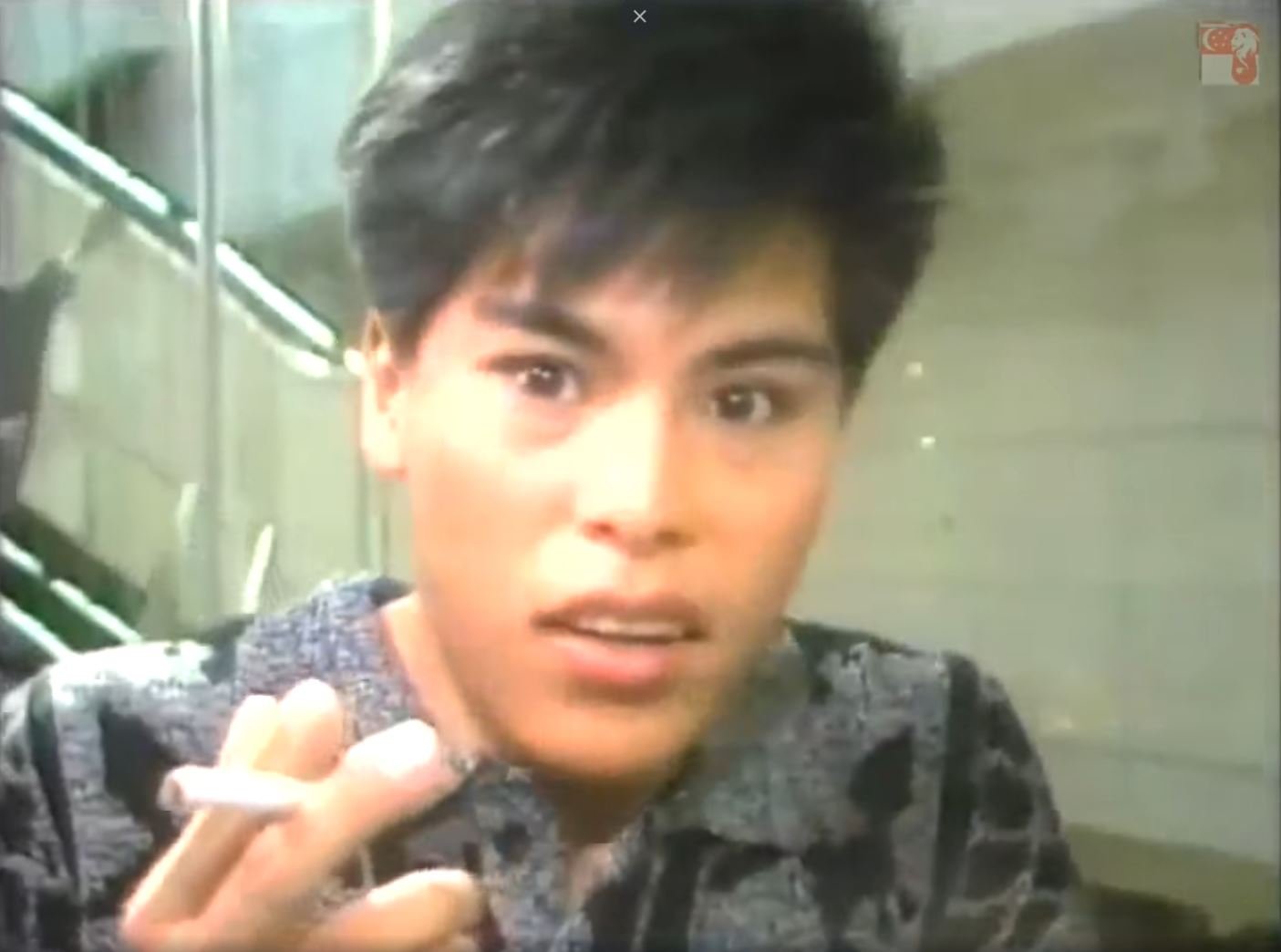 After another dance number comes the iconic scene in the ad where a man has smoke coming out of his ears as he takes a puff on his cigarette.

All of a sudden, water is splashed on him, which puts out his cig.

The anti-smoking ad eventually ends with the caption the lyrics had repeatedly mentioned, “The only person you’re fooling is yourself”.

Netizens joke that ad encourages instead of discourages smoking

Whether it’s the nostalgia or humour of the ad, the video went viral, garnering over 860 shares at the time of writing.

Many viewers seemed amused, with some claiming that it seemed to have the opposite effect, portraying smokers as “handsome” and “cool”.

Others shared that people used to smoke in malls or on public transport in the past, showing how much Singapore has progressed in this aspect.

For some, the ad evoked nostalgia for a bygone era. The old mall featured in the ad reminded this netizen of his primary school haunts such as Far East Plaza and Centrepoint.

Singapore has come a long way

Looking back at the 1987 ad, it certainly shows how much things have changed since then.

And we’re not just talking about the dance styles, video quality, fashion, and music.

While we might question the effectiveness of such campaigns in hindsight, it is undeniable that over the years, Singapore has taken great strides in reducing smoking in the country.

Featured image adapted from The Singapore Conscience on Facebook.