S’porean Artist Finishes 60m Painting Of Old S’pore, Was 1.5 Years In The Making 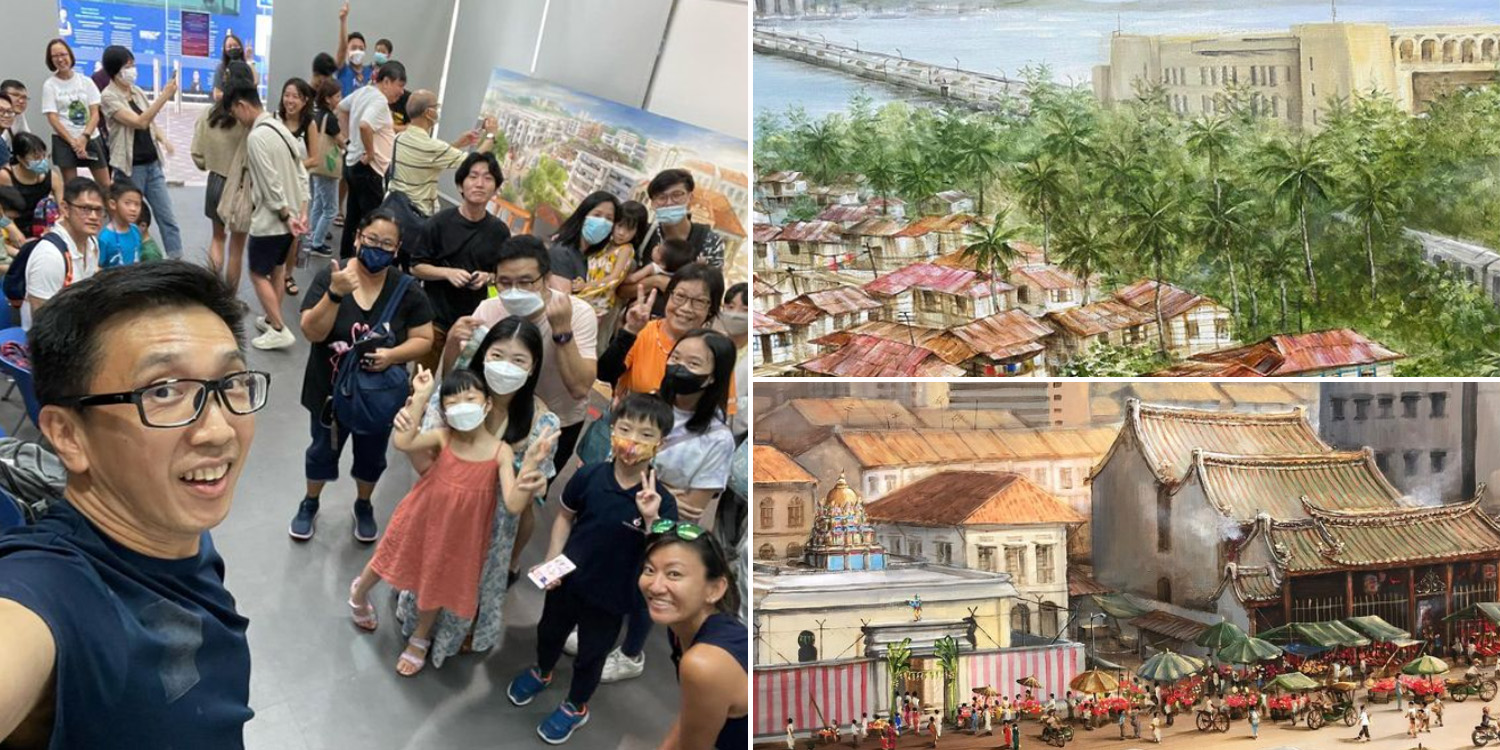 Exhibition plans are on the horizon and will be revealed soon.

The art scene in Singapore has always been full of generational talents, many of whom have contributed to our culture. Be it murals, architecture or paintings, our country isn’t lacking when it comes to artists.

One such local icon is Yip Yew Chong, a Singaporean artist and painter. Since 2021, he has embarked on a giant impression of our country in its olden days.

On 15 Jan, Mr Yip finally painted his last strokes of the piece, which spans an impressive 60 metres in length.

Back in Jul 2021, the artist began started painting his own impression of everyday life in Singapore in the 1970s and 1980s. 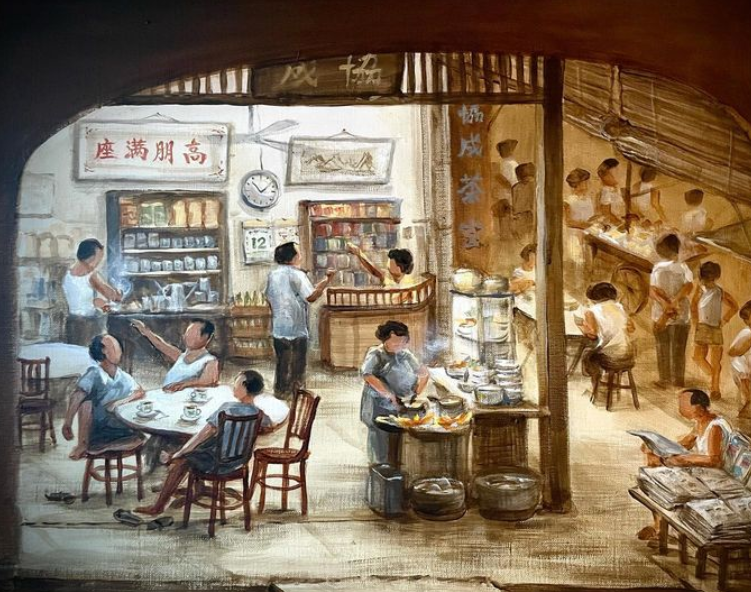 Initially planning for it to be 50m long in length, Yip drew inspiration from ‘Along the River During the Qingming Festival’, a famous 5.25m painting from the Song dynasty.

Speaking to MS News, he explained that he chose the 1970s and 1980s in particular, as these were the periods he grew up in and when Singapore’s cityscape transformed most drastically. 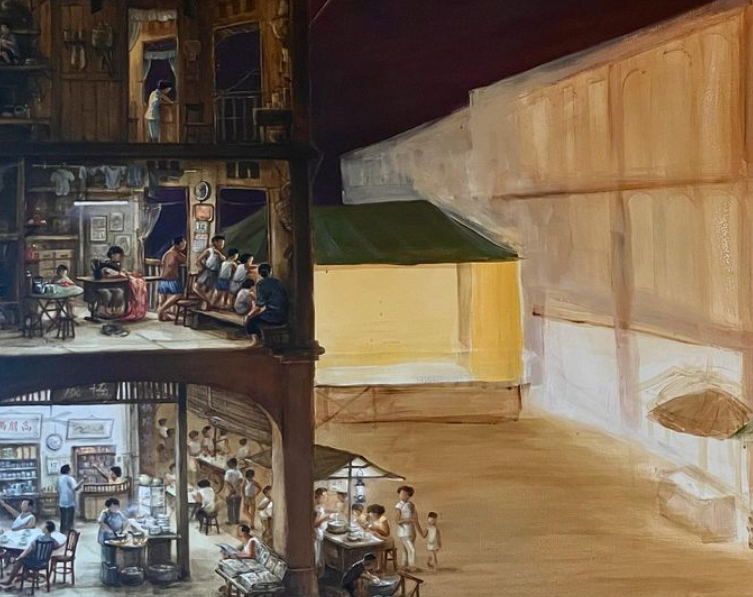 Yip also specified that the artwork would not be a mural, but instead, a canvas painting. “Hopefully it is less transient,” he explained. “It will also take a very long time to complete.” In the end, it took around 18 months.

Painting grows to 60m in length

Yip decided to add two more sections to the painting in 2022, increasing its length to 55m. 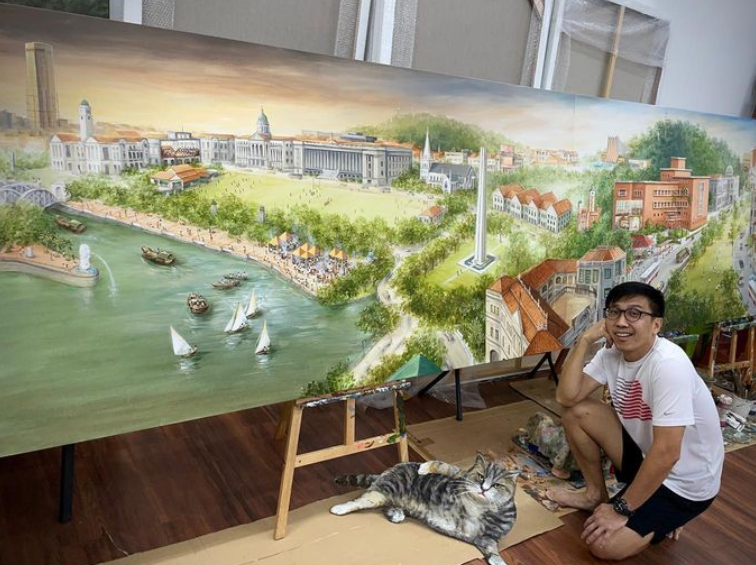 I wanted to insert two iconic scenes — the Padang and Caldecott/Bishan area, as well as to smoothen out the transitions between the panels. 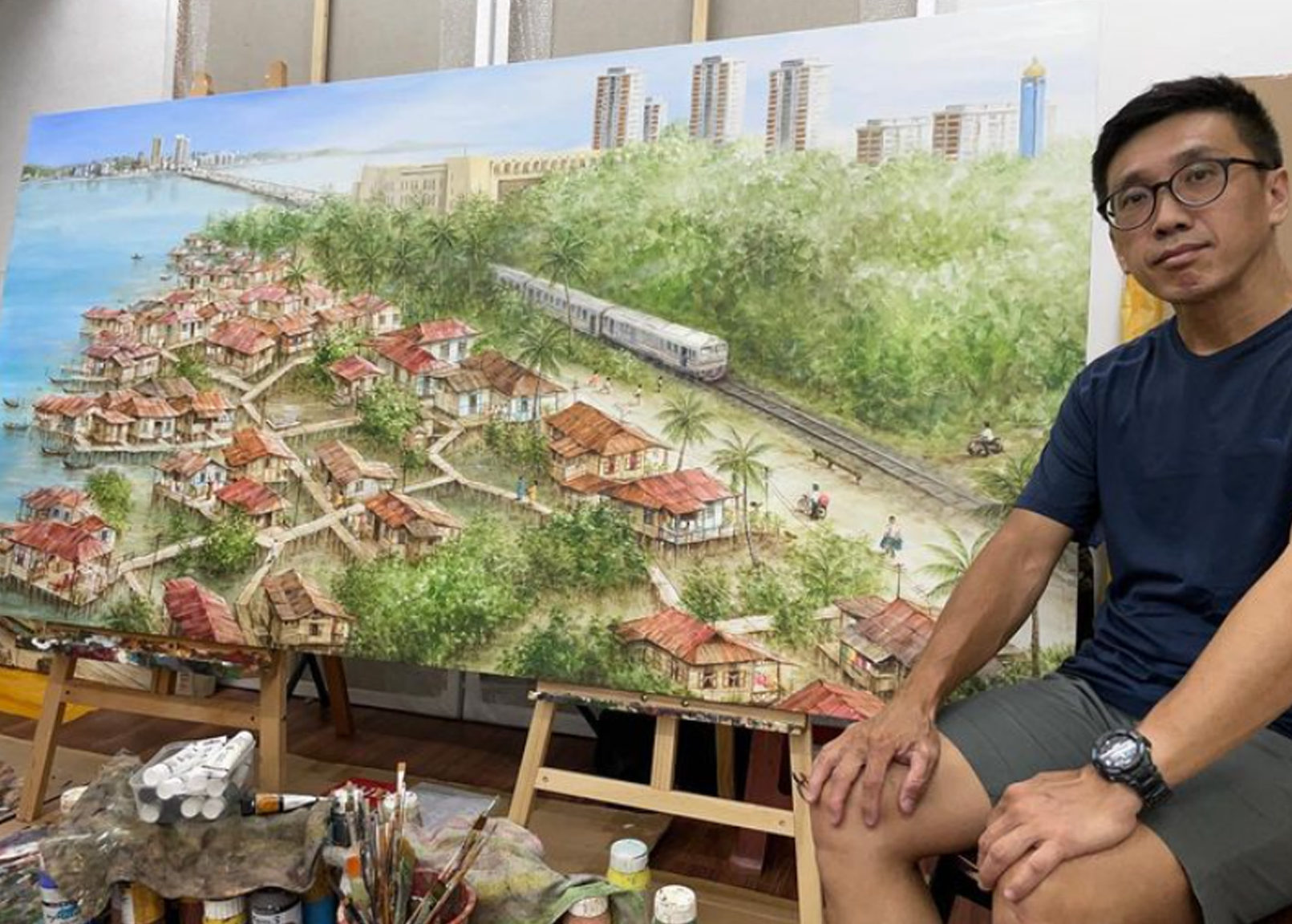 A certifiable masterpiece, it contains panels depicting scenes in areas such as HDB town centres, coffeeshops across the heartlands and many more. 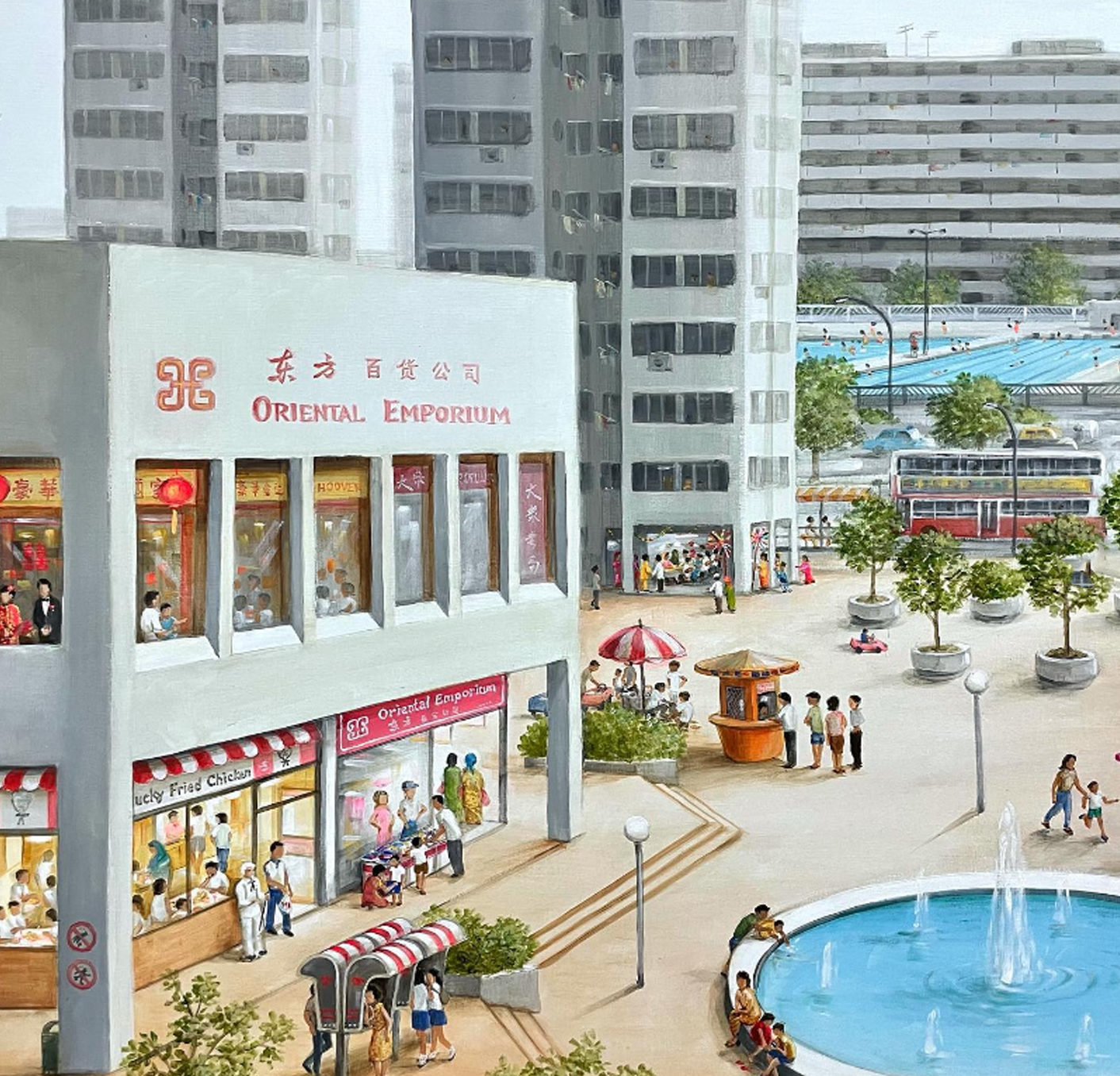 Yip shared with MS News that he didn’t paint it in sequence as he needed the flexibility to reorder the panels or insert new ideas.

The painting eventually grew to 60m as the public contributed more ideas and he needed to make the transition between panels more smooth.

The painting of its last panel took place at Tiong Bahru Community Centre, across several live painting sessions between 10-15 Jan.

The sessions drew a crowd, with many eagerly watching as Yip masterfully completed the last panel, which offered a peek into the shophouses of Singapore’s past.

As for the exhibition of the painting, Yip is still working on selecting a venue and time. He did note that entry will be free.

When asked how he felt now that he had finished the painting, Yip said he felt relief and happiness. However, it’s not all over yet – after the exhibition, he is planning on selling it.

“With the painting done, at least I can now move on to other big projects,” he said. There are several large murals on the pipeline for the coming months, he added – including a World Series for next year.

Congratulations to Yip on completing his artwork

Kudos to Yip for his efforts in perfecting his masterpiece, which enables us to get a glimpse into the past.

Indeed, his painting serves as a reminder of how much history our country has to offer. It is truly a momentous occasion to mark the start of 2023 with.