Another Dog Was Surrendered To AVA After 7 Years

Dogs always remain loyal to humans who are part of their pack. They reciprocate kindness with unconditional love without ever being taught to do so.

But we can’t say the same about Man’s relationship with dogs. 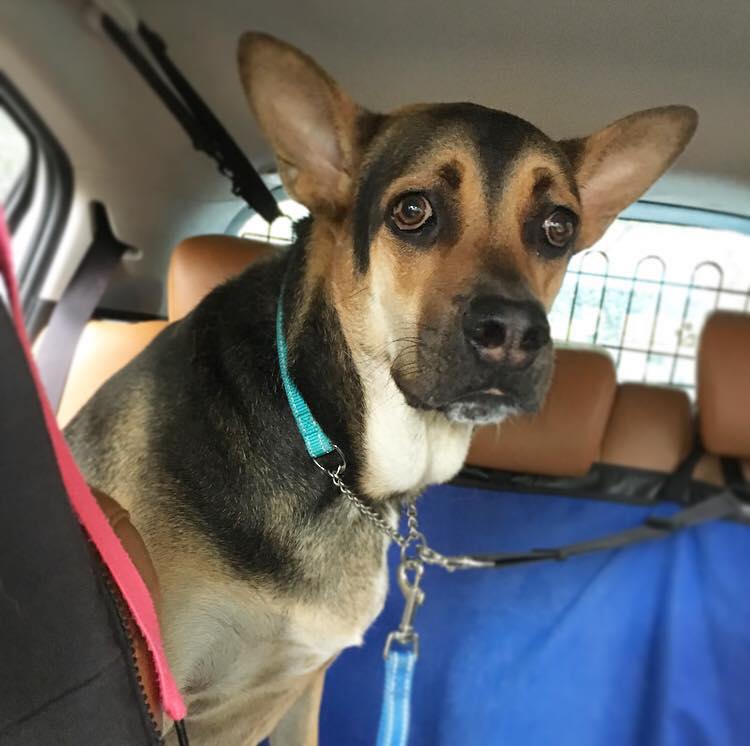 A dog’s heartbreaking expression at the moment he’s being driven away from his owner was posted by Mr Theng on Friday (30 Nov).

The netizen’s story sheds light on the struggle to rehabilitate dogs like Sam, and why we should think twice before bringing a pet into our households. 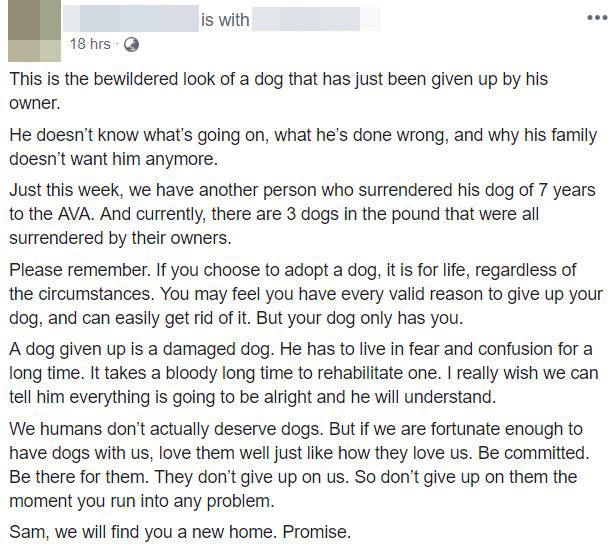 Sam the dog lived a happy life with his hoomans.

For unknown reasons, the writer shares that at the time of the picture, he has “just been given up” by his owner.

He doesn’t know what’s going on, what he’s done wrong, and why his family doesn’t want him anymore.

That same week, another dog was surrendered to the AVA after 7 long years, says Theng. Currently, 3 other dogs in the pound are in similar situations.

A dog is for life

He believes adopting a dog means promising to care for him or her for life — regardless of the circumstances.

To owners who think getting rid of an unwanted pet is easy, Mr Theng had this to say,

You may feel you have every valid reason to give up your dog…But your dog only has you.

A dog that has gone through the trauma of leaving his family may experience irreversible psychological damage — it may end up living in “fear and confusion” for a long time. 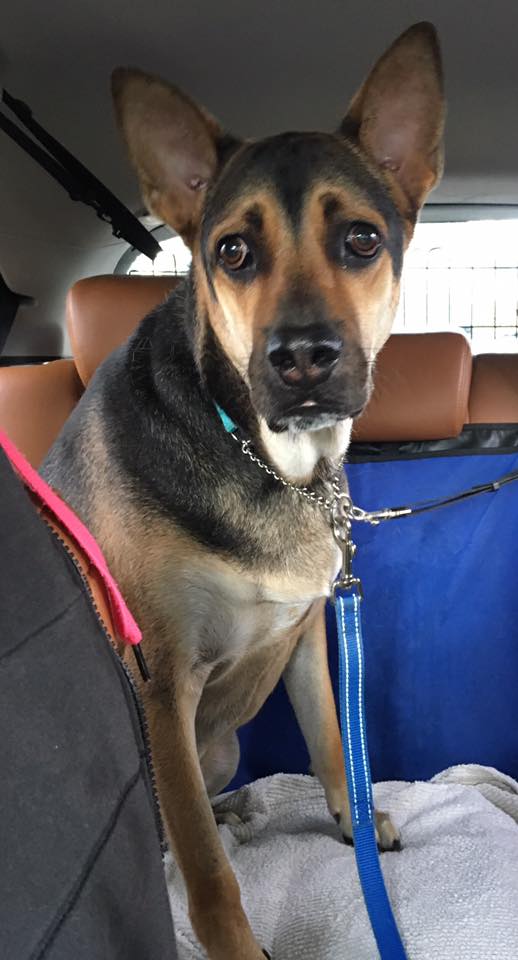 Time and effort must be spent to rehabilitate such dogs, but the fear of losing another family will remain.

Humans don’t deserve dogs, says Mr Theng. When the going gets tough, we shouldn’t be too quick to find the easy way out.

If we are fortunate enough to care for one in our lifetimes, we must be prepared to prioritise their well-being.

Everything will be alright

The writer ends the post on a poignant note.

Though Sam may not understand that everything will be alright eventually, Mr Theng makes a promise he intends to keep.

Sam, we will find you a new home. Promise.

By speaking out on a personal capacity, he hopes to educate everyone on responsible dog ownership through Sam’s story.

Your dog only has you

When we grow tired of our toys, we cast them aside or simply buy a new one. We can’t treat living, breathing animals in the same way.

When the sheen of cuteness fades around your brand new puppy, remember only this. Taking care of a dog means committing to a lifelong relationship filled with ups and downs.

This means merry jaunts down the sidewalks, a snuggle buddy in bed and thousands of adorable Boomerangs on Instagram. But it also means mountains of hairballs, ripped furniture, expensive vet bills, pee on every imaginable surface and painstaking hours of grooming.

Not to mention, poop in your shoes for the next 10-13 years.

Are we truly prepared for that?