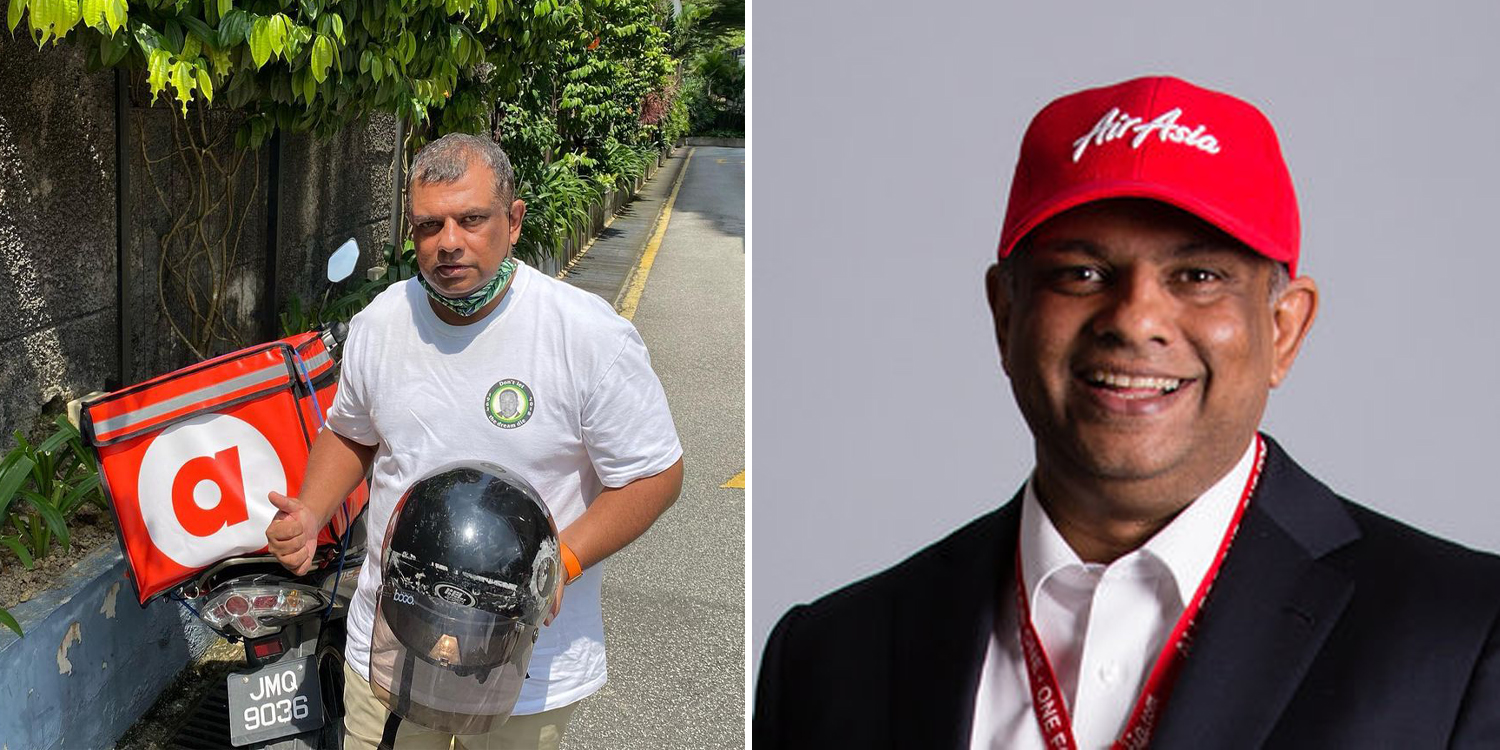 Due to the Covid-19 pandemic and the WFH arrangements implemented by many companies, food-delivery businesses around the world have seen substantially more demand for their services.

At the same time, however, aviation companies have found it hard to stay afloat, due to the border restrictions currently in place in most countries.

During these trying times, Tony Fernandes, CEO of AirAsia, much like his airline’s planes, is staying grounded. 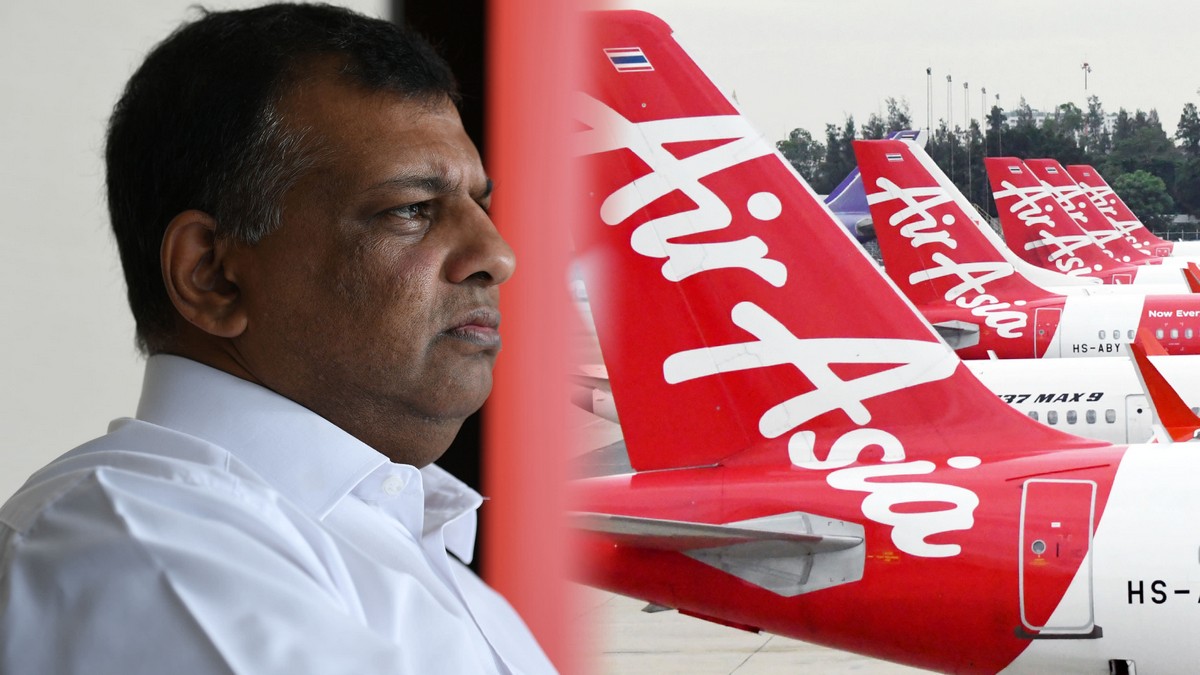 From December, the Malaysian multi-millionaire will reportedly be delivering food for AirAsia Food.

Some users have even ordered through the app recently in a bid to meet ‘Uncle Tony’ in person.

On Thursday (12 Dec), Mr Tony Fernandes posted a picture of himself next to a delivery bike with a helmet in hand. The picture was captioned, “Getting ready to make food deliveries to your house” — we guess it doesn’t get any more direct than that.

According to Malay Mail, Mr Fernandes will be working as a food delivery rider from 1-25 Dec.

There’s even a special trick for supporters who want to catch him in action.

To get Mr Fernandes as their designated rider, customers will have to key in the phrase “Red vs Pink vs Green” in the order instructions.

While it might seem like a random string of words, there’s a hidden ‘meaning’ behind the phrase.

Currently, the major players in the Malaysian food delivery industry are GrabFood and Foodpanda, which have green and pink logos respectively. New to the industry is AirAsia Food, with their signature red logo. 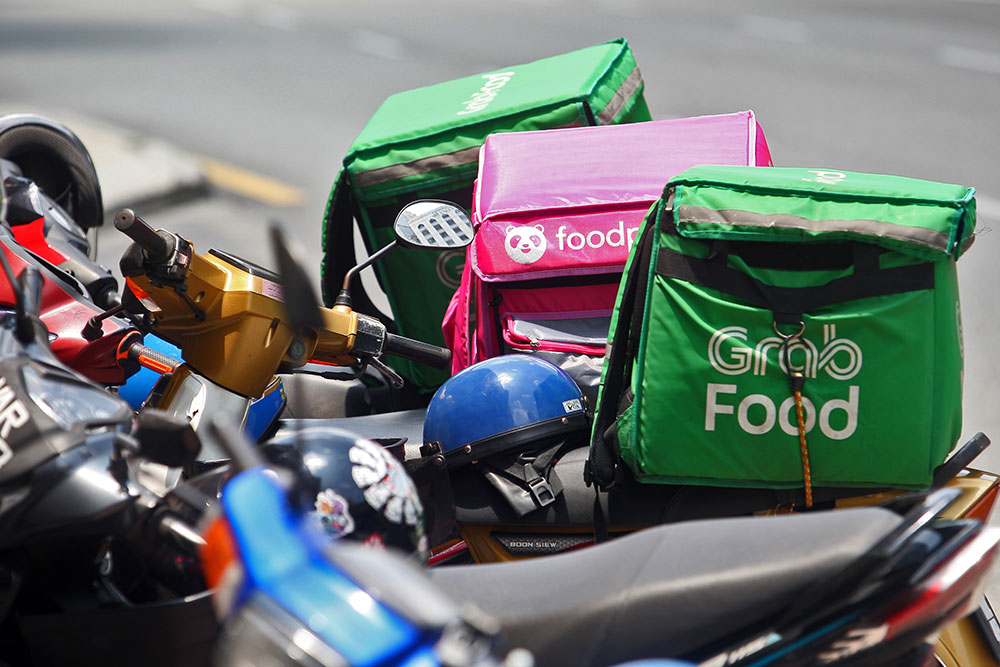 Plus, GrabFood and FoodPanda are the companies Tony Fernandes set out to rival when the CEO came up with AirAsia’s super app, reports BBC news.

Mr Fernandes’ decision to get a taste of being a food delivery rider himself comes in support of AirAsia’s new super app. 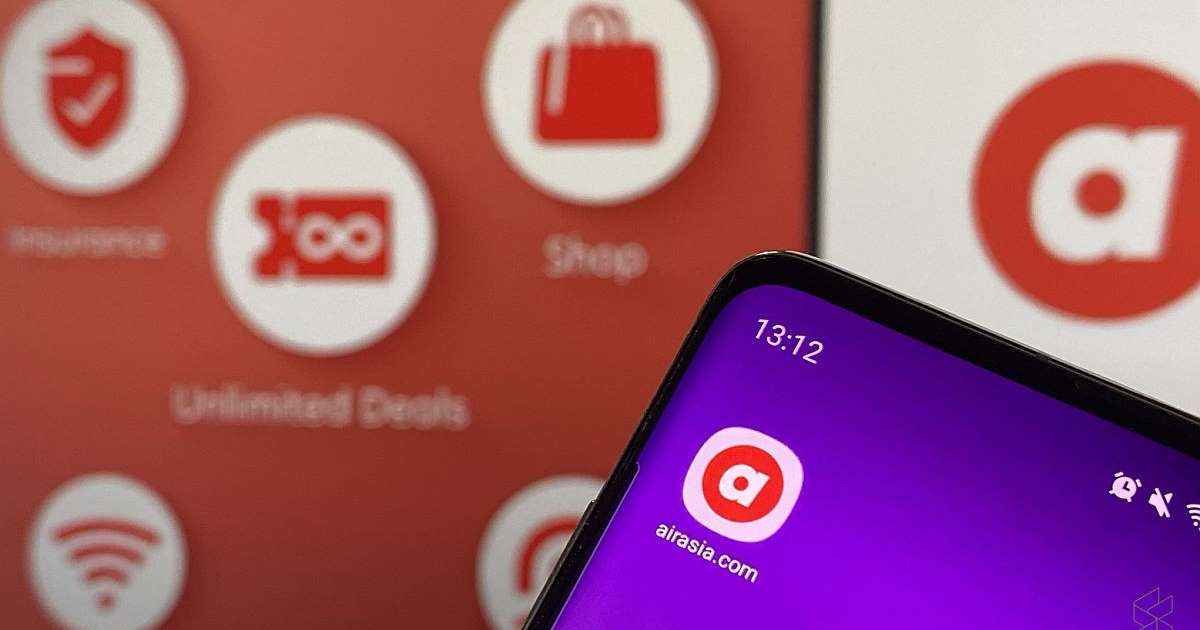 Launched in May to combat the travel slump, the app includes AirAsia Fresh, AirAsia Food, and AirAsia Shop.

In particular, AirAsia Food has been a business that he’s very supportive about, reported Malay Mail. 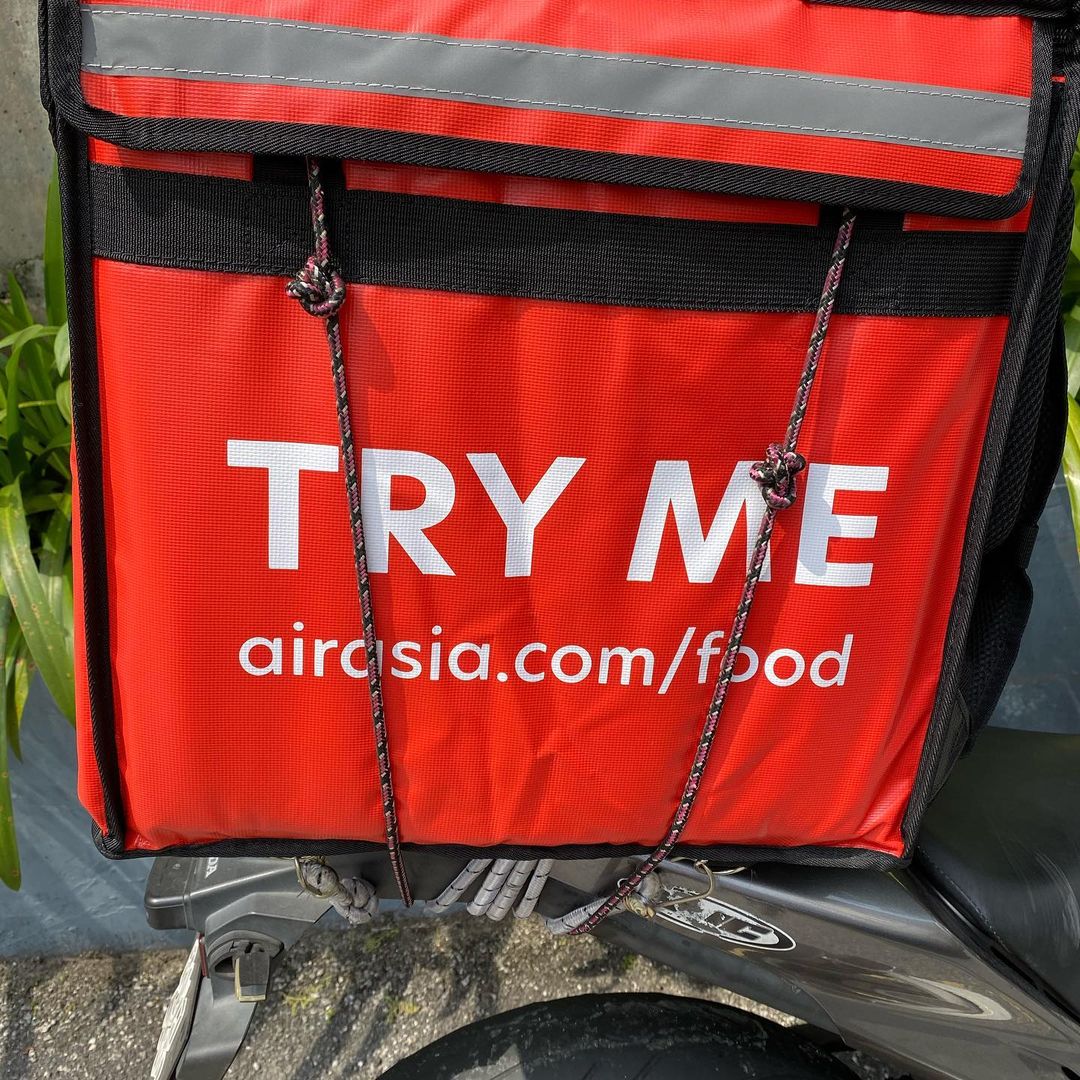 Though just a one-month stint, Tony Fernandes is not taking it lightly and is currently working hard to earn his motorbike license so he can start his deliveries.

Mr Fernandes’ post quickly went viral and has garnered over 16,000 likes at the time of writing.

Some netizens expressed that they wanted to order from AirAsia Food but are disappointed as it only delivers to Klang Valley area, for now.

Other netizens hinted that AirAsia Food will be a force to reckon with amongst its competitors.

Whether it’s a marketing ploy or genuine effort to experience what it’s like on the ground, whatever Mr Tony Fernandes’ doing seems to be working pretty well.

Kudos to him for being so sporting to step into a line of work so different from his own and experiencing for himself what being a delivery rider is like.

We wish him all the best in his new ‘career’!