AMK Cleaner Gets Into Fight With Neighbour After Snooping, Both Arrested 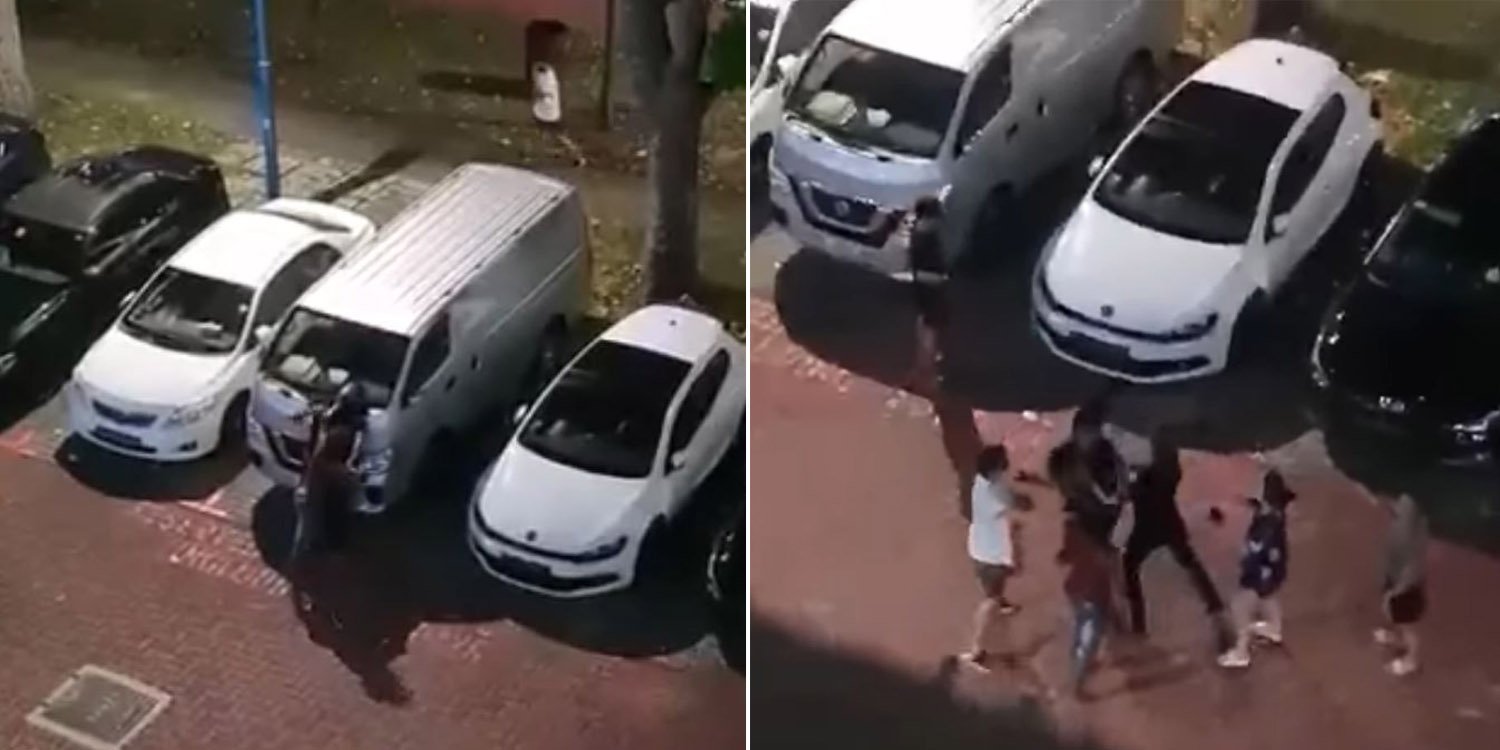 The cleaner was awoken by his quarrelling neighbours.

It’s only natural for us to grow curious whenever we hear our neighbours in a heated row.

Despite getting inquisitive, most of us wouldn’t normally get involved in such private affairs.

On Thursday (18 Nov), however, a cleaner got into a brawl in Ang Mo Kio after he snooped on an argument between 2 of his neighbours.

Both men were later arrested for causing an affray.

2 men get into heated fight at AMK carpark

In a clip shared by Shin Min Daily News, 2 men were seen engaged in a brawl at the open-air carpark at Block 215 Ang Mo Kio Avenue 1. The incident apparently occurred at around 1am on Thursday (18 Nov).

At the start of the clip, the larger of the 2 men rained punches on the skinner individual until the latter pressed him on a silver van. 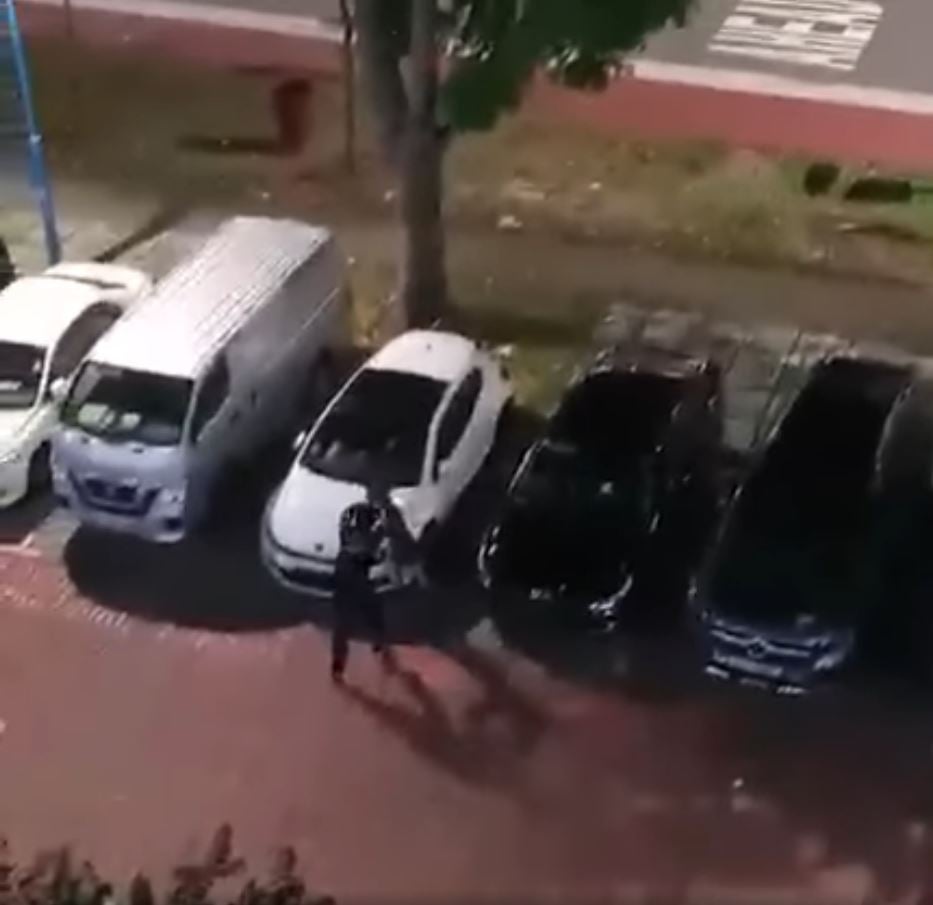 A grappling match soon ensued before members of the public stepped in to defuse the situation. Halfway through the clip, a lady was heard shouting for them to stop the fight or she’d call the police.

Despite the passersby’s best efforts at restraining the 2 men, the pair still managed to find ways to attack each other. 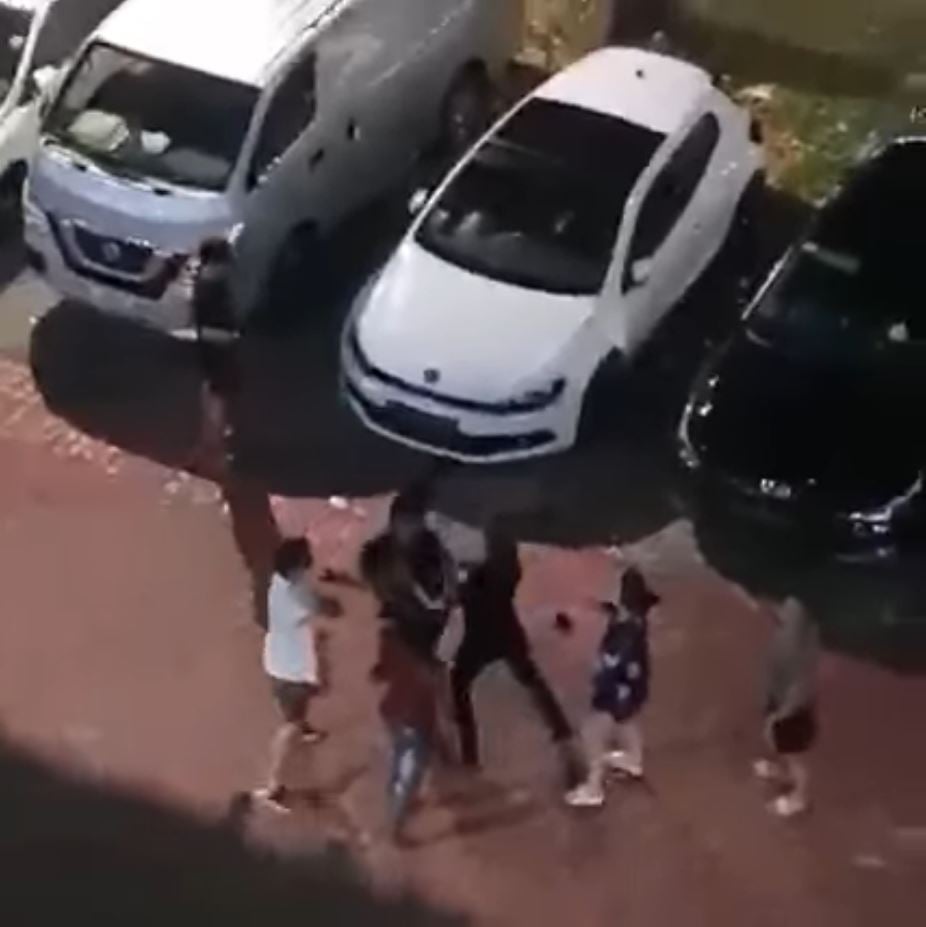 The clip eventually ended with the man in black walking off towards the pedestrian pathway.

Speaking to Shin Min Daily News, a 30-year-old cleaner – one of the men involved in the fight – said everything started when he heard an argument from one of his neighbours’ units.

He was reportedly awoken from his sleep as a result and decided to find out what was going on.

As he looked through the apartment’s window, a 29-year-old man in the unit presumably caught sight of him and confronted him,

The younger man reportedly asked what the cleaner was looking at and instigated a fight.

The 2 men were later arrested for causing an affray. The 30-year-old cleaner was also conveyed to a hospital.

While arguments are inevitable from time to time, there’s ultimately no need to resort to violence, no matter the severity of the disagreement.

We hope both men did not suffer any major injuries and will assist the police with their ongoing investigations.