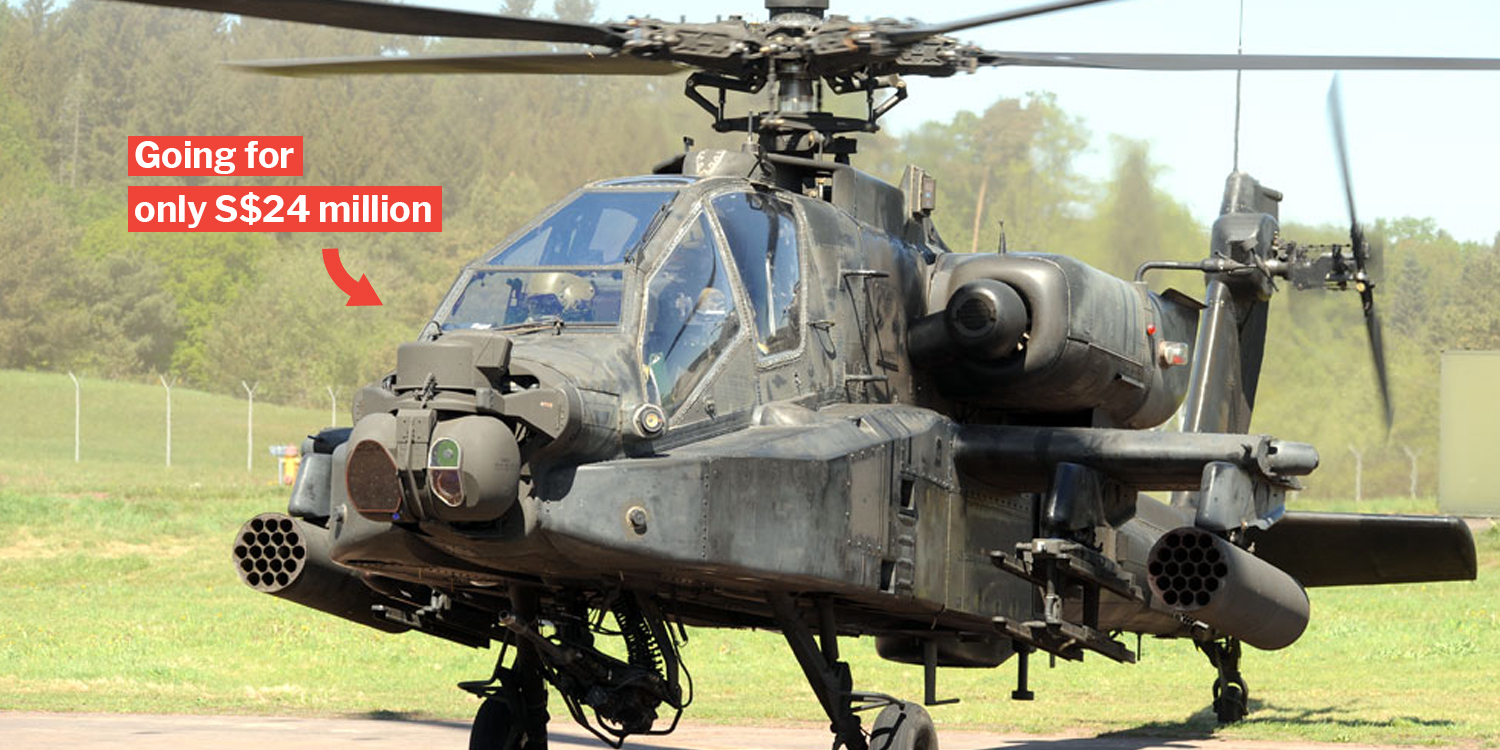 From a 20-cent coin to marked-up Huawei phones, seemingly anything can be sold on Singapore’s very own online marketplace, Carousell.

A certain user going by the name of dino5555 is looking to smash the ceiling on outrageous sales, however, by putting up a Boeing AH-65 Apache helicopter as a listing.

You read that right. A helicopter, well-loved and taken care of by none other than the Republic of Singapore Air Force (RSAF), is being sold for 24 million dollars, on Carousell. 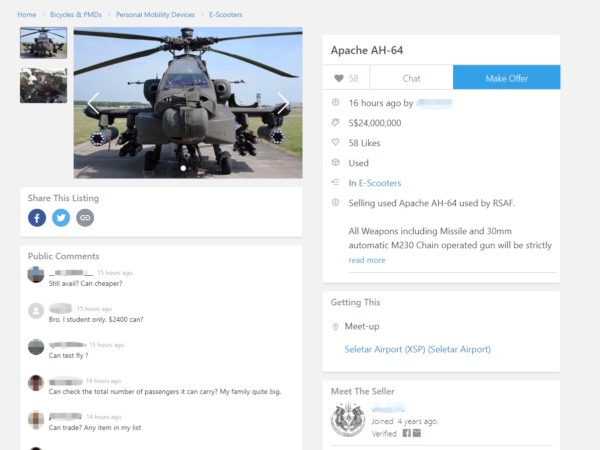 For his part, dino5555, the user selling the helicopter, seems rather serious about letting go of this flying contraption – he’s even asked for a pilot license as a prerequisite.

The helicopter doesn’t fit in a parcel, so the eventual buyer would have to collect it via “meet-up” at the Seletar Airport.

The RSAF aren’t the only ones who have taken care of it. The British Royal Army Ground men have also partaken in the grooming and oiling of this sexy machine.

But most importantly, all weapons have been stripped. The helicopter is not for waging war on your pesky neighbour or enemy. Don’t say we never tell you ah.

Of course, this being Carousell, the low-ballers are never far off. Deciding that the 24 million dollars can probably be used for some other application, some crafty users have resorted to bargaining.

Low-ballers are wasting this fine gentlemen’s precious time. He has a helicopter to get rid of, for God’s sake.

For the record, it’s not unheard of for combat equipment, including tanks, to be sold online. However, Carousell is probably the least expected place for it — it’s so unexpected that there’s no category for military equipment on the site.

Poor guy had to list the helicopter under “e-scooters”.

Maybe he could try Taobao instead, there’s a larger base of customers, so chances are, there’ll be someone there who’ll be able to afford it.