Iron-Man EZ-Charms Sold Out In Minutes; Resold By Scalpers For $65 On Carousell 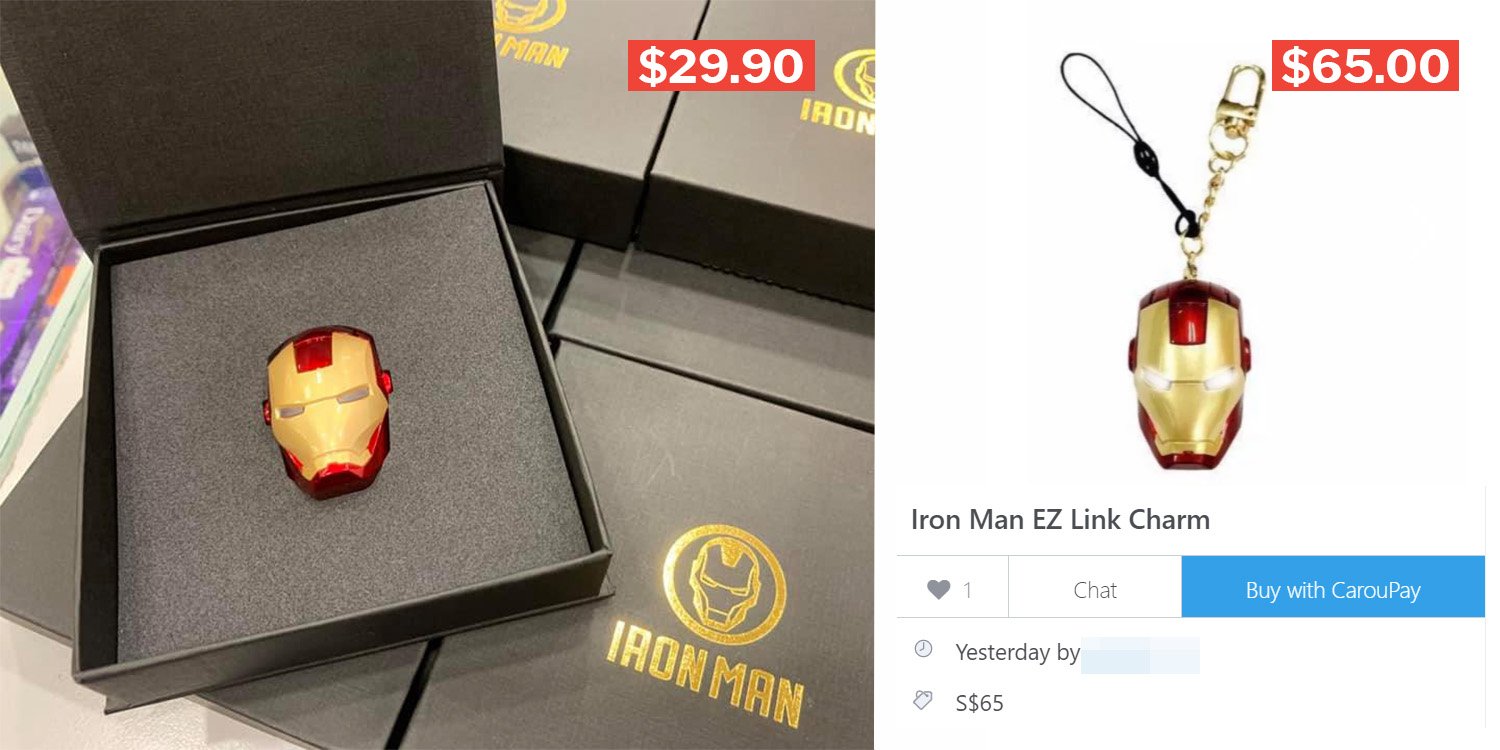 These charms light up whenever you tap them at the gantry.

Monday (10 Jun), was an exciting day for Marvel fans in Singapore.

Nope, there wasn’t any new movie, but what got them stoked was the release of the limited-edition Iron Man EZ-Link Charm that lights up whenever it’s tapped at the gantry. 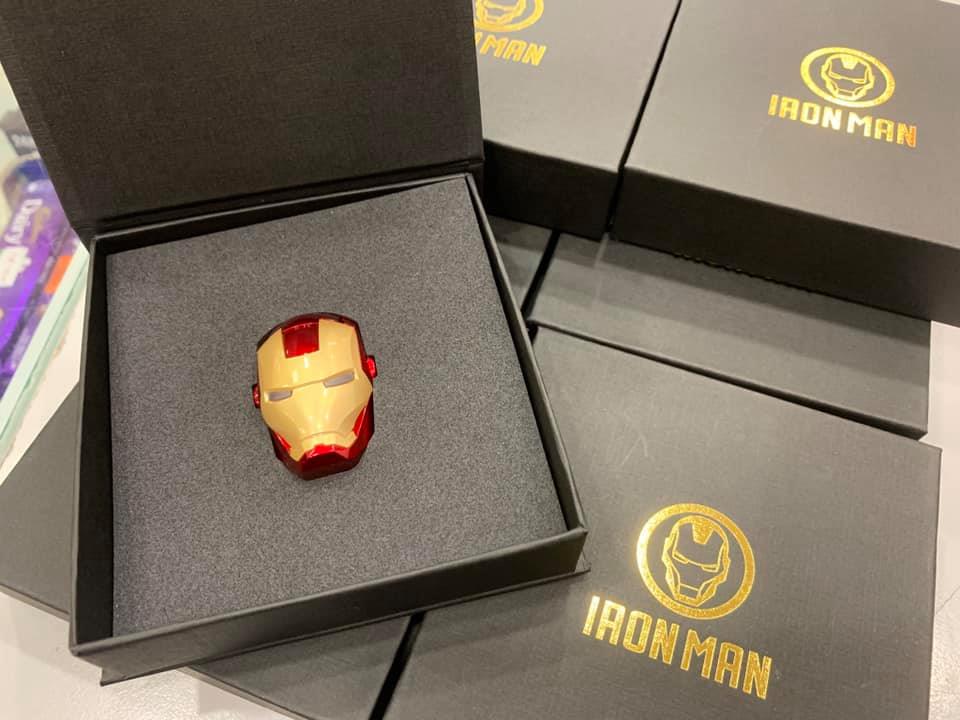 But Marvel, and in particular Iron Man’s popularity, also came with its own set of consequences.

See, these EZ-Link charms were so highly sought after that they were allegedly sold out on Lazada’s page after just 1 minute.

Many of the Iron Man EZ-Link Charms were bought by scalpers who later resold them for a premium.

On Carousell, these charms are being listed for up to S$65 — more than twice the original price of $29.90. 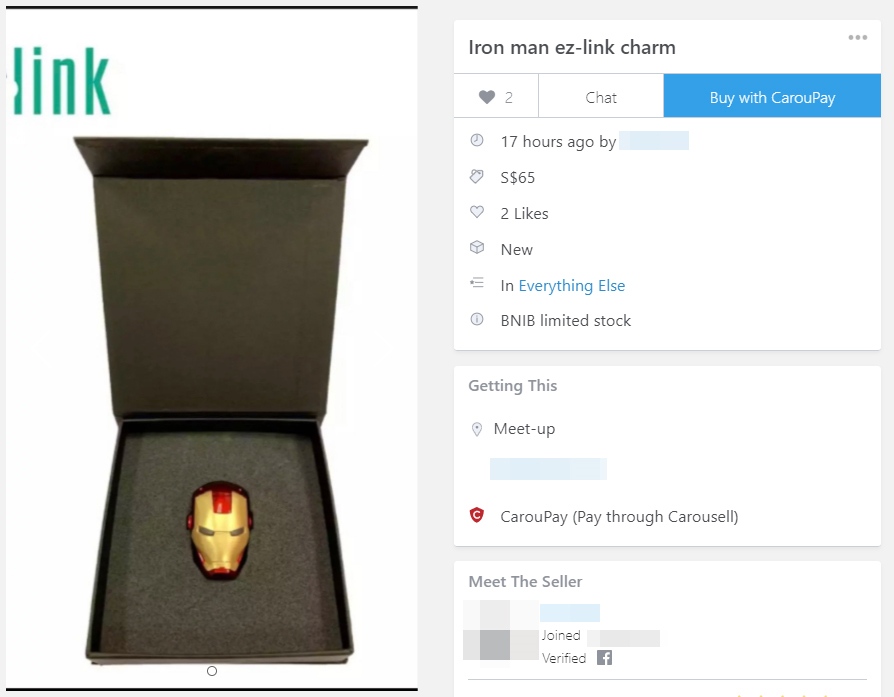 We aren’t sure if any charms were sold at that price, but another reseller claims to have received a bid of $50 from one Carousell user. 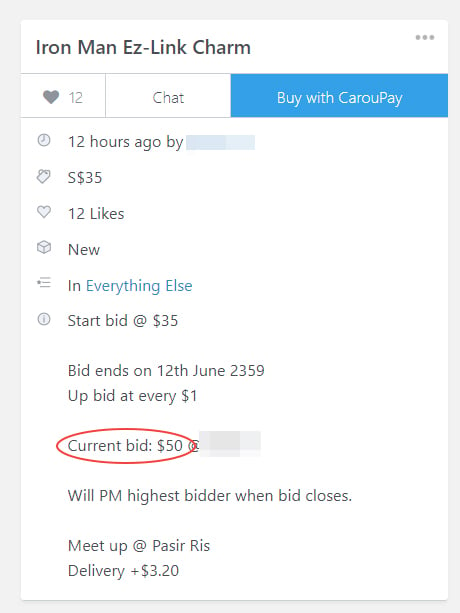 Some fans were disappointed

Understandably, some fans were left disappointed and took to Facebook to air their frustrations. They felt that there should be measures in place to prevent mass purchasing from scalpers.

Many also urged EZ-Link to relaunch the charms so more fans can get their hands on it.

Praying for a re-release

We’ve reached out to EZ-Link to enquire if measures will be taken in the future to prevent scalpers from mass-buying similar products.

For those who love Iron Man more than 3,000, let’s hope that EZ-Link will relaunch this charm again in the near future, so even though he may not appear on the big screen any more, he can still be a permanent part of our lives.

Otherwise, who knows, perhaps EZ-Link has plans to release charms inspired by other superheroes. Guess we can only wait and see!

Featured image from Lazada and Carousell.