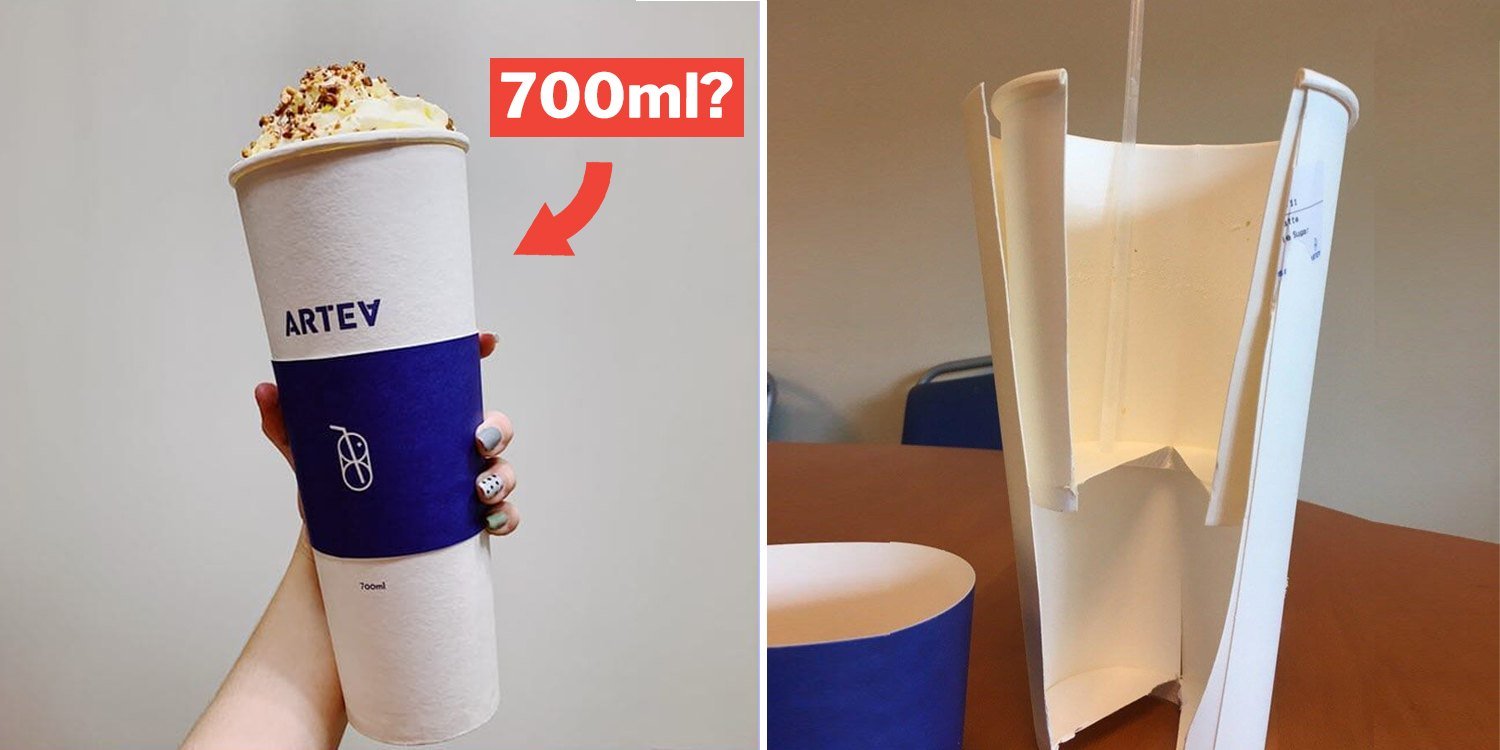 Update (28 Dec): Artea has responded to our queries. Here’s a summary of their statement. We’ve also included their full statement at the end of this article.

Artea, the Café renowned for their soufflé pancakes and gorgeous fruit teas caused quite the frenzy when they open their first outlet in VivoCity earlier this month.

As part of their opening, Artea also offered 1-for-1 drink promotion that unsurprisingly led to snaking long queues in VivoCity. 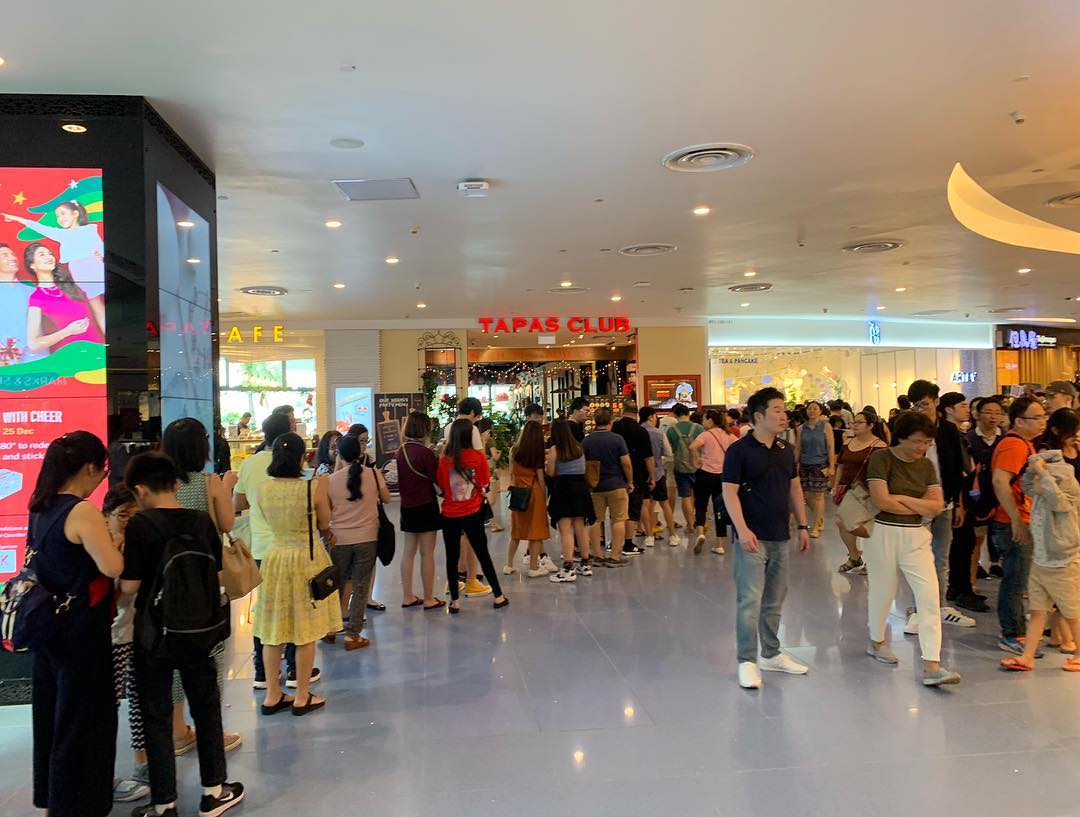 Sadly, Artea found themselves embroiled in some fresh controversies after Redditors claimed that their signature Long Cup only holds half of what’s advertised.

On Friday (28 Dec), Redditor u/TrendyWhistle uploaded a picture of a 700ml Long Cup from Artea. 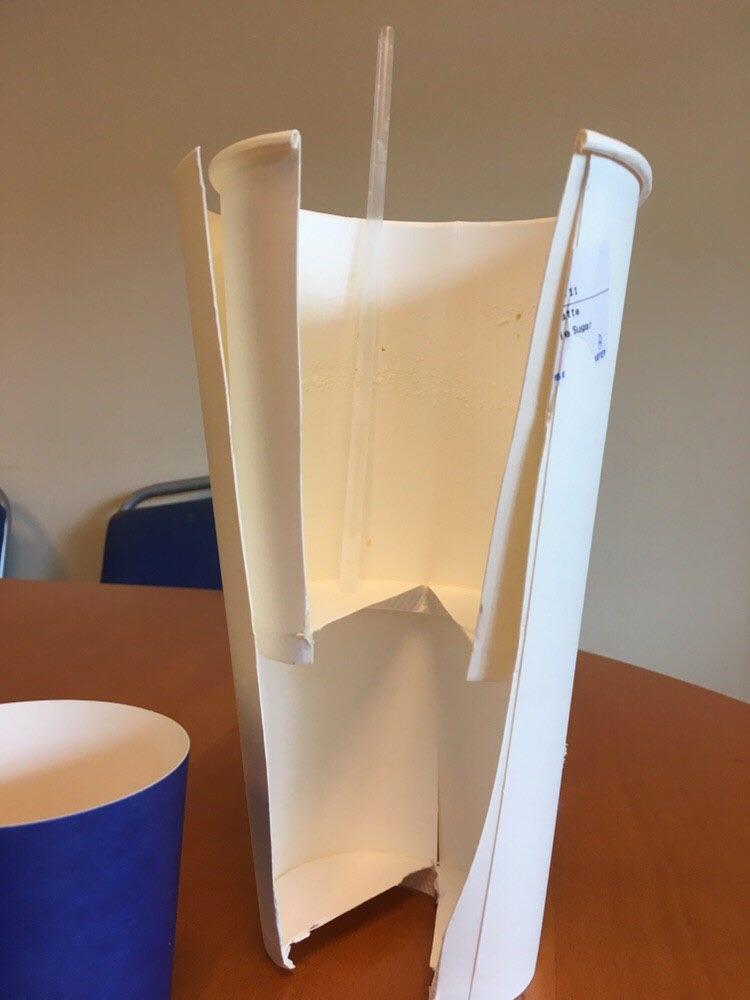 Unlike other cups, Artea’s Long Cup has a inner compartment that’s roughly half the length of the cup used to hold the beverage. The rest of the cup is hollow and sealed.

The original poster claims the cup only holds 350ml — half the volume of what was advertised.

Unsurprisingly, this led to some rather angry comments from fellow Redditors.

Coincidentally, an hour before the Reddit thread was posted, Artea attempted to explain the design of their Long Cup on their Facebook page. 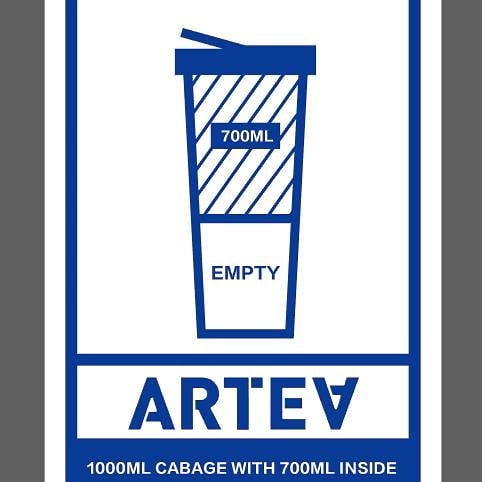 According to their post, the hollowed bottom is deliberately designed so users won’t get their hands scalded when holding a hot beverage.

The cup also has a smaller “Face”, which looks better aesthetically with a user’s face. This would come in handy if anyone wishes to strike a pose with the cup for the ‘gram.

Ironically, u/TrendyWhistle questioned the design of this cup, stating that the Japanese café doesn’t offer any hot beverages to start with.

Artea has responded to our queries. Here’s their full statement.

1. Our cup is 700ml capacity, we have placed design instructions in the obvious position of the store. If you got free time, please come to our store to try our tea, we will personally demo the operation process and show you the capacity of the cup.

2. We have hot drink on our menu, just because the opening period is very busy, the hot drink is not available for now. The menu also shows that the latte series can be served for hot drinks, hopefully on begining of January 2019.

3. The cup is part of our shop design, we hope that customers can understand this part.

Artea also included some pictures showing that Long Cups have a capacity of 700ml. 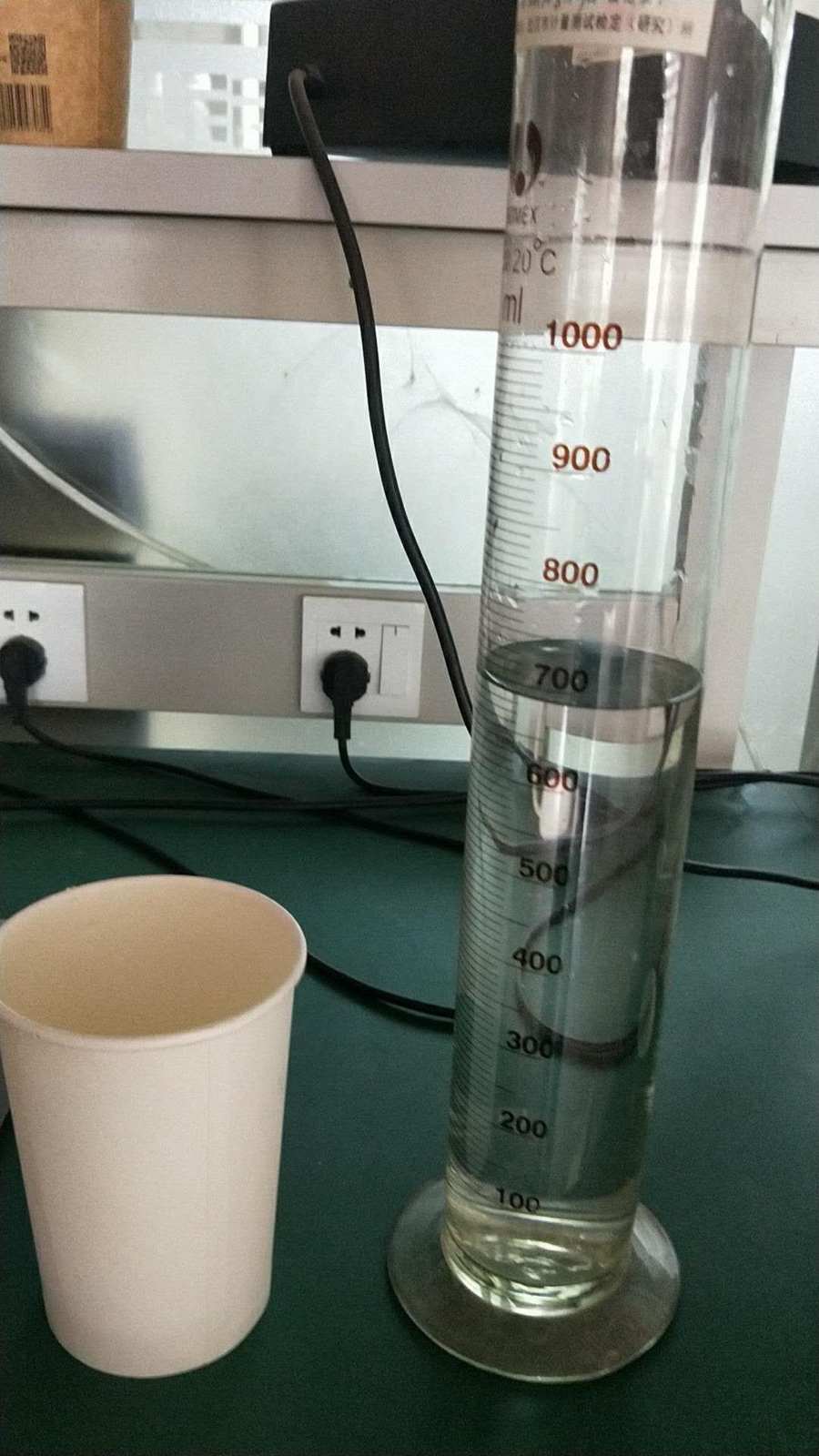 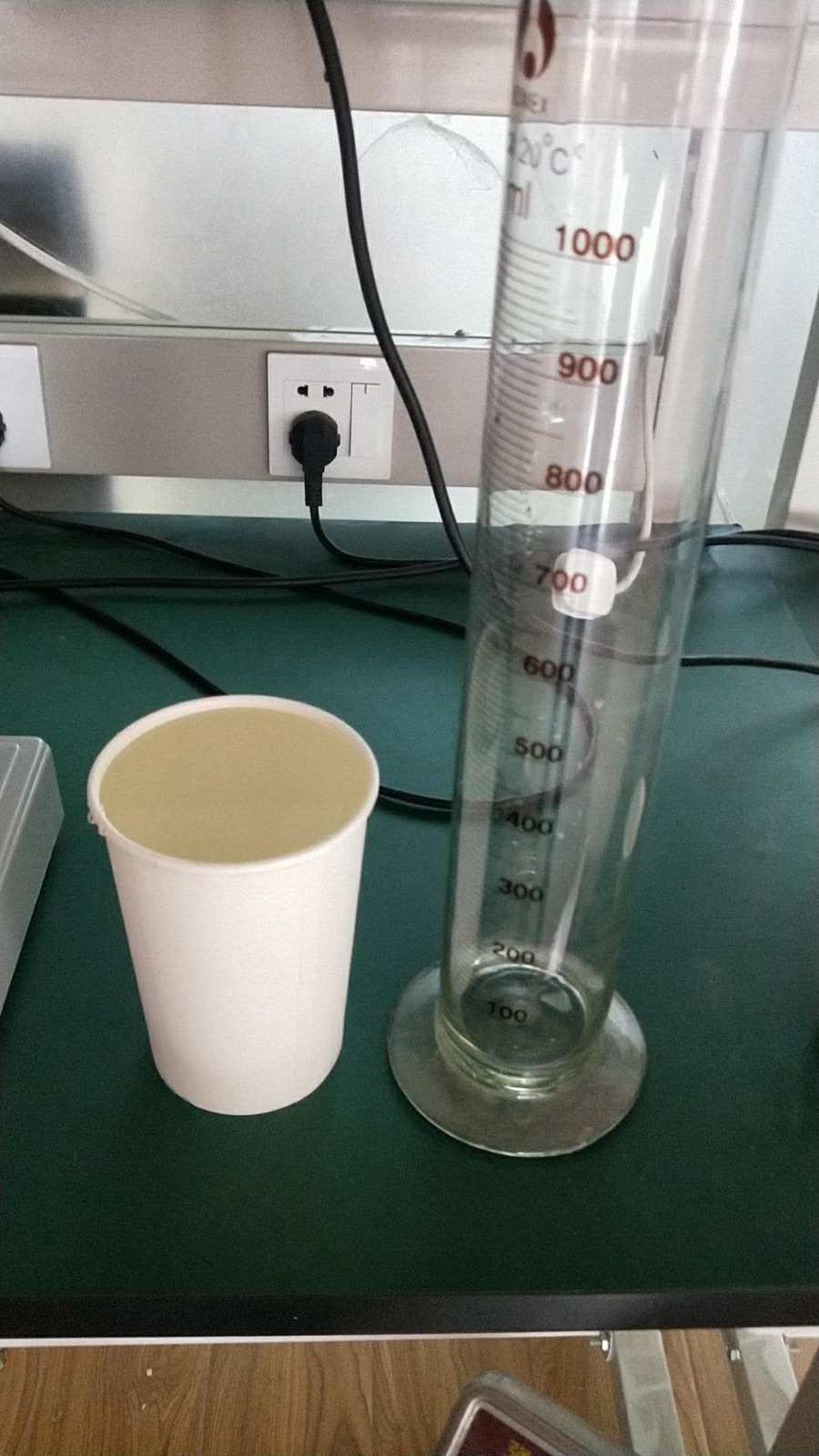 Is the controversy settled?

For us, Artea’s response seems to have settled the controversy once and for all.

What about you? Is Artea’s response enough to convince you of the Long Cup’s capacity? 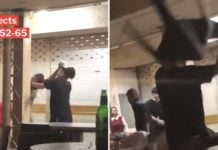