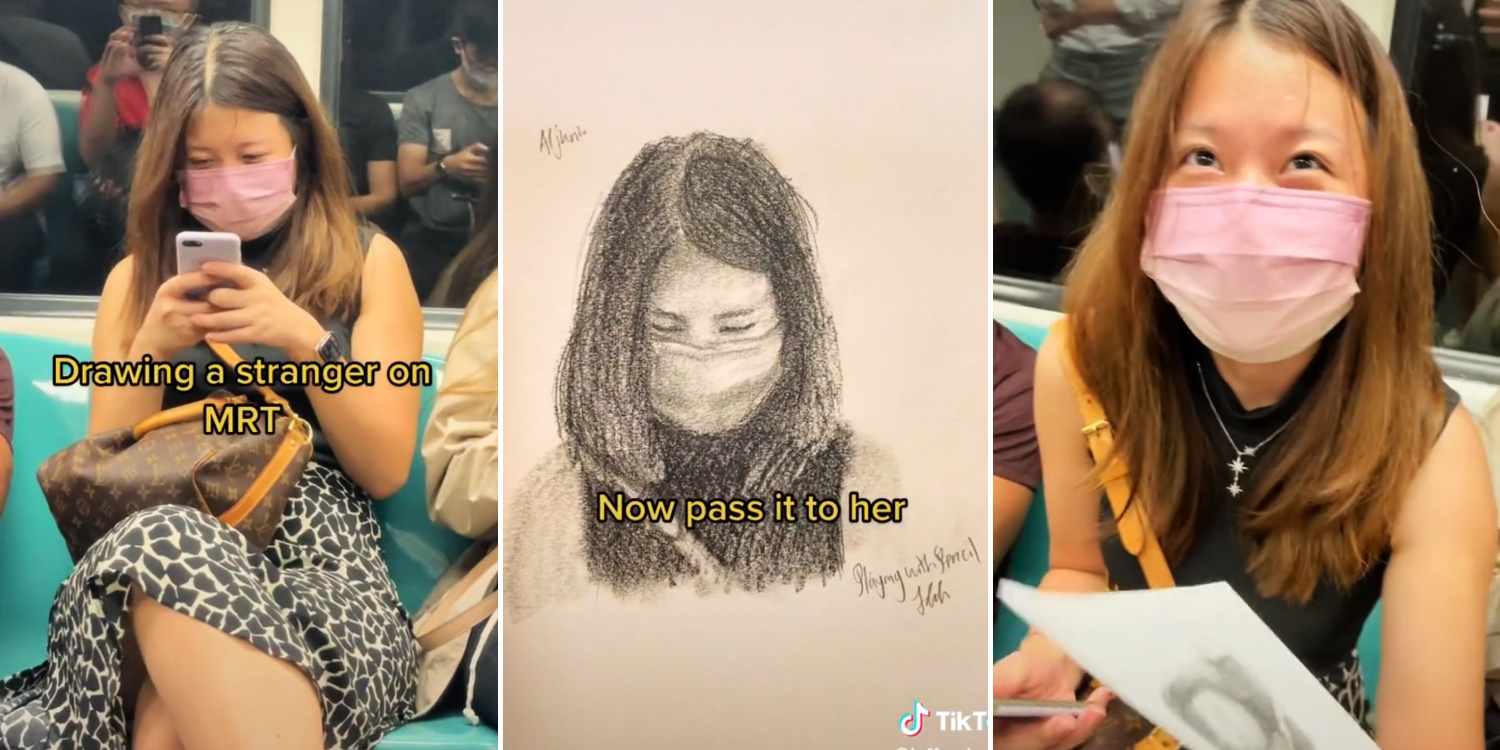 Whenever we hear of something happening on the MRT, a not-so-nice incident probably comes to mind, such as a breakdown or some other bizarre happening.

Well, one guy has shown that our trains are completely capable of setting the scene for some very wholesome moments.

TikTok user @jeffandpencil, aka Jeff, is an artist who shares videos of himself sketching strangers in various public settings around Singapore, including on the MRT.

The subjects have no idea that he’s drawing them until he goes up to them and hands them the finished product. This usually puts a pleasantly surprised and delighted look on their faces.

Since May this year, Jeff has been posting clips of himself surprising people with sketches that he quietly does of them from afar on TikTok.

His earlier uploads showed him passing the drawings to the subjects, along with their happy reactions. 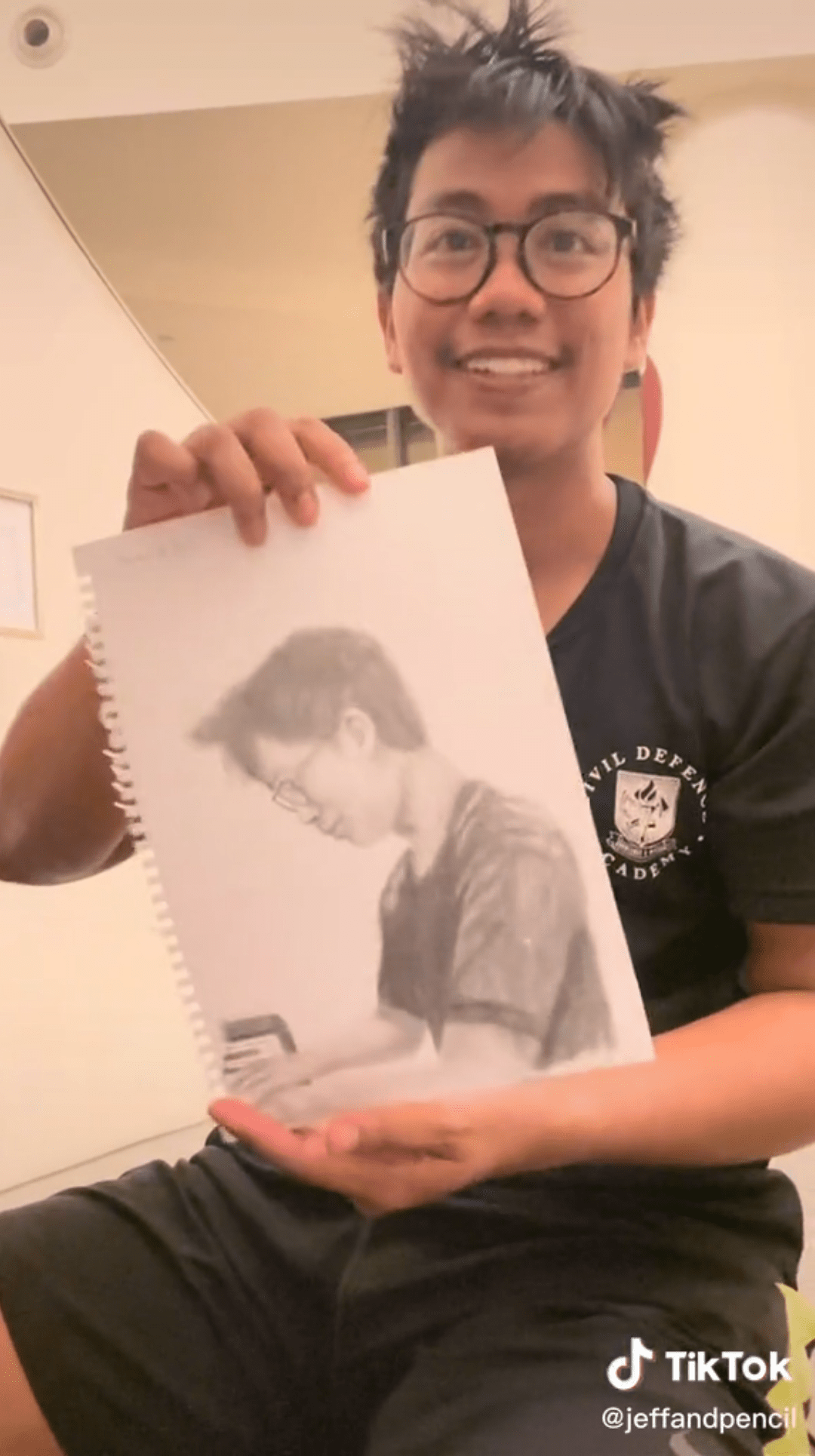 His videos show that anyone can become an unwitting model, from café baristas to buskers on the streets.

Even his professors at school are not ‘spared’.

One of Jeff’s most common subjects is passengers on the MRT. We guess this makes sense since long commutes would give him ample time to finish a sketch.

But no matter who he picks, they all have one thing in common — a look of confusion, followed by surprise and delight, when he approaches them with the completed portrait.

Besides his TikTok page, Jeff also shares his works on Instagram and YouTube. He’s even made a short film sharing his artistic process for more elaborate paintings, which you can check out below:

Using his talent to bring smiles

As the reactions from Jeff’s drawing subjects show, suddenly receiving a thoughtfully sketched portrait of yourself must be enough to make anyone’s day.

It’s nice to see someone using his talent to put a smile on others’ faces, even though they may be strangers.

The next time you’re on the MRT or at a café, check if there’s anyone with a sketchpad and pencil in your direct line of sight — he just might be working on a portrait of you.