15-Day-Old Baby ‘Suffocated’ While Being Breastfed By Mother

Accidental deaths happen every day, and some, unfortunately, can be avoided if proper care was taken. In a peculiar and pitiful case of accidental death, a baby died after being suffocated while breastfed.

According to The Straits Times, on 1 Sep 2018, a 15-day-old Nor Eilshan Emran died due to ‘suffocation’ after his mother fell asleep while breastfeeding him.

Post-mortem examination showed no internal or external injuries on the baby. Thus confirming that there was indeed no foul play involved.

According to forensic pathologist Belinda Lee, suffocation can occur when the baby’s air passages are blocked by things such as pillows or when they sleep with other people on the same bed.

May have suffocated because of side-lying feeding

When the baby’s mother woke up 1 hour after she started breastfeeding him, she found her baby unresponsive.

According to KK Women’s And Children’s Hospital, the mother may have been breastfeeding the child using the ‘side-lying’ method, where she lies on her side. She may have thereafter fallen asleep. 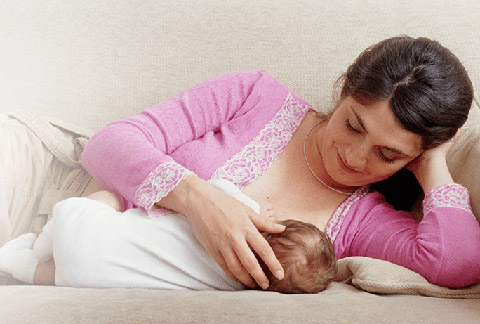 This method of breastfeeding is not encouraged as unintentional suffocation can happen easily if the mother were to fall asleep.

Be careful when breastfeeding

Taking this incident as a learning point, all mothers should be wary when breastfeeding your child in a side-lying position.

Our deepest condolences to the family of Nor Eilshan.