‘Badge’ Lady Fails To Wear A Mask While On Bail In Jun, Gets Remanded 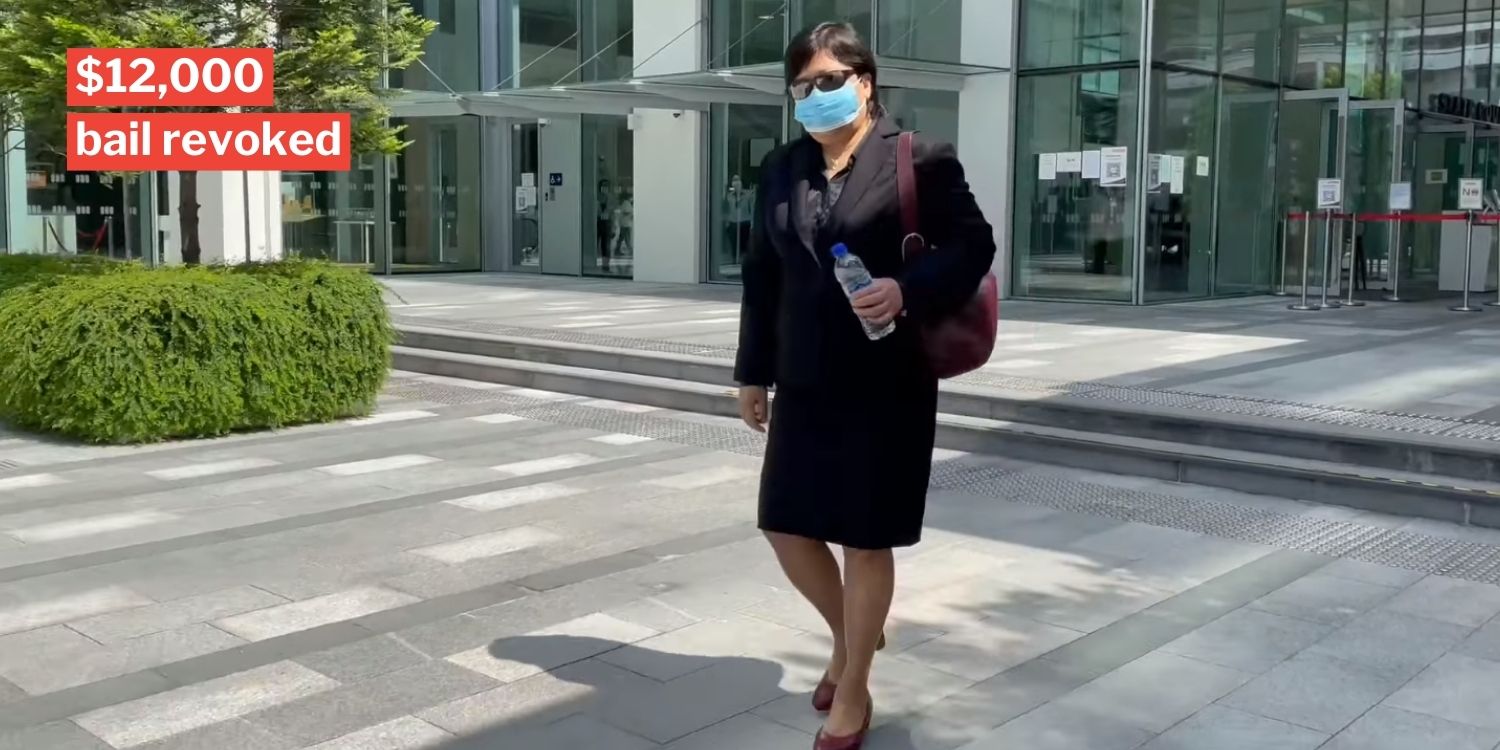 Phoon Chiu Yoke, AKA ‘badge’ lady, has made headlines multiple times for not wearing a mask.

While released on bail in June, the 53-year-old was once again caught without a mask at Mandarin Orchard Hotel.

Her bail of $12,000 has since been revoked and she’s currently in remand pending a pre-trial conference on Monday (26 Jul).

According to Channel NewsAsia (CNA), Ms Phoon was caught without a mask at the Orchard hotel on the afternoon of 25 Jun. The former naval officer was out on bail then for similar charges and was explicitly told not to re-offend.

In light of her latest transgression, Ms Phoon was arrested on Saturday (24 Jul) and will remain in remand till her pre-trial conference on Monday (26 Jul), reports CNA.

Ms Phoon currently faces 22 charges, most of which are in relation to her refusal to wear a mask since mid-2020.

Was previously in court on 23 Jul

Ms Phoon first gained notoriety when a video showing her without a mask on at Marina Bay Sands (MBS) made rounds on social media.

Since then, numerous offences have been added to her list of charges, including other mask-related incidents at the State Court, St Andrew’s Cathedral, and Tiong Bahru Market.

She was last in court on Friday (23 Jul) for a pre-trial conference during which she was ordered to return on 13 Aug.

With her latest offence, it looks like her return to court will happen much earlier.

The punishment could be doubled if the court considers her a repeat offender.

Hope authorities will take a serious view of the case

Wearing a mask has become a part of our daily lives during the pandemic, as we strive to contain the contagious virus.

It is hence troubling to hear of Ms Phoon’s refusal to wear a mask on so many occasions, especially when concerns about community transmissions have been high.

Though she has yet to be convicted, we hope the authorities will take a serious look at the case to serve as a deterrence for similar offenders in the future.