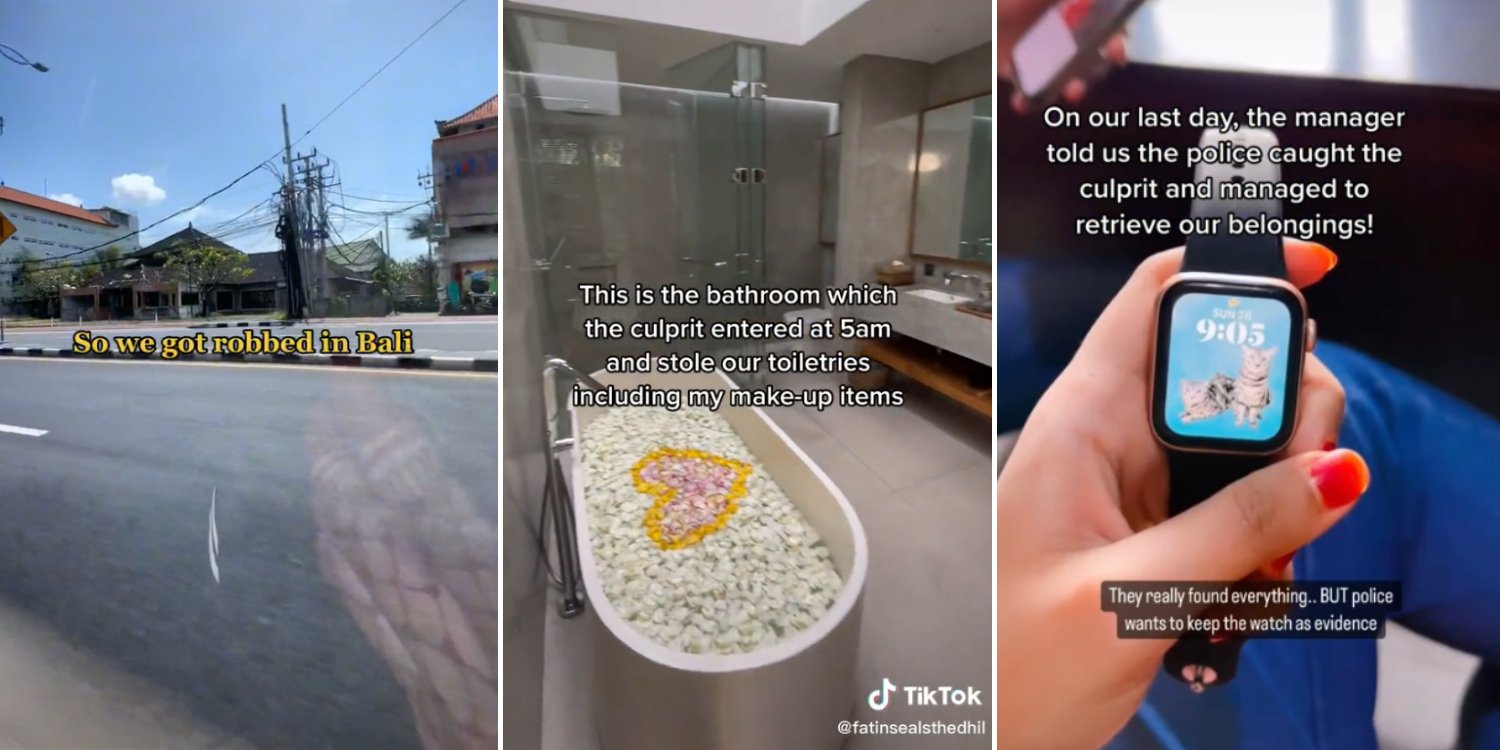 CCTV footage showed the culprit climbing into their villa at about 5am.

Bali is one of the world’s top travel destinations for those seeking a relaxing holiday by the beach.

However, unwanted incidents can still happen there.

Singaporean couple Fatin and Fadhil were there on their honeymoon when the villa they were staying in got robbed in the wee hours of the morning.

In a TikTok video, they shared that Fatin’s Apple watch, toiletries, makeup, and the villa’s JBL Bluetooth speaker were stolen. They immediately lodged a police report the same day.

On their last day on the island, the police managed to catch the culprit responsible for the robbery and retrieve their items.

Fatin shared that she and her husband Fadhil stayed in a two-storey villa in Canggu, a resort village on the south coast of Bali, from 26 to 28 Aug,

Their villa was the last one in the row, furthest from the entrance and reception.

On their first night there, someone broke into the villa while the couple was asleep in the second-floor bedroom. At that time, Fatin woke up when she heard a sound, but she simply brushed it off.

They only found out they were robbed the next morning when they wanted to shower and found their toiletries missing. Fatin’s bag of makeup was also gone. 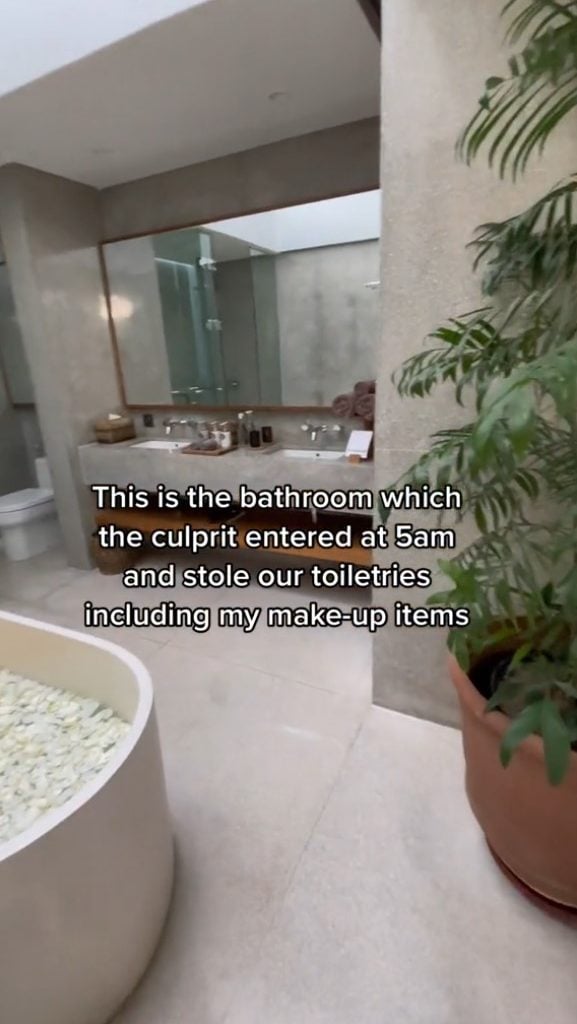 As they investigated further, they realised the front door was unlocked.

They informed the villa staff and the manager promptly attended to them. Staff reviewed the CCTV footage but could not find anything suspicious.

Thankfully, Fadhil checked it himself and caught the exact time the culprit entered the villa.

Fatin said it showed a “ladyboy” climbing into the premises at about 5am.

According to her TikTok video, the culprit stole Fatin’s Apple Watch, toiletries, makeup, slippers, and the villa’s Bluetooth speakers.

She was thankful that at that time, their wallets, phones, and passports had been safe with them.

Following that, the couple, accompanied by the villa manager and one staff member, lodged a report with the police.

Speaking to MS News, Fatin said that they felt “a little traumatised” during the first night after the break-in.

They even brought kitchen utensils up to the bedroom to defend themselves in case the culprit returned.

While they thought about moving to another accommodation, they eventually decided to stay on in the villa.

Fatin shared that this was because it was a hassle to find another place with such short notice.

But after the incident, the couple took precautions and were more careful.

On 28 Aug, their last day in Bali, the villa manager informed them that the police had managed to catch the culprit. Their items were also recovered.

Fatin and Fadhil then went to the police station to verify their belongings. Everything from her Apple Watch to their toiletries were retrieved. 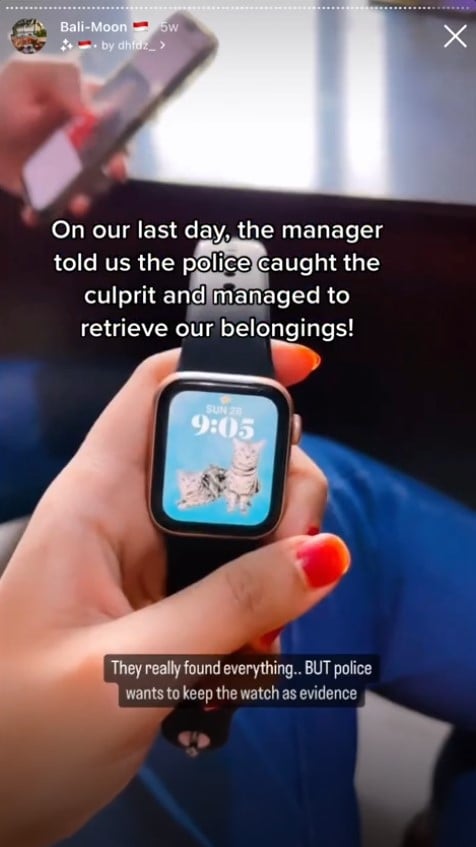 However, the police said that they would need to keep the items as evidence.

They were told to return to Bali in about three months when police investigations concluded to collect their belongings. 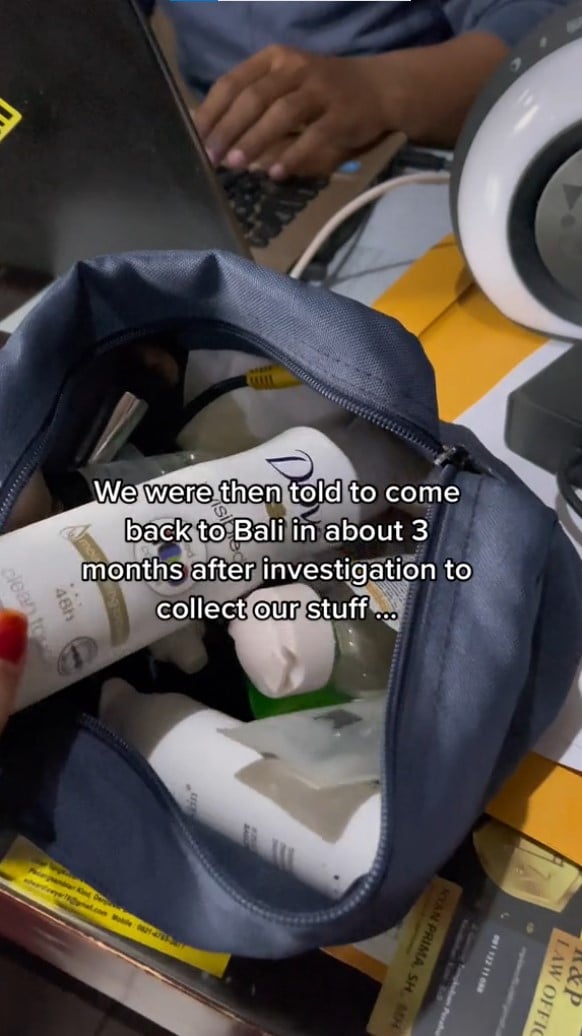 The police also granted the couple permission to see the culprit behind their ordeal. 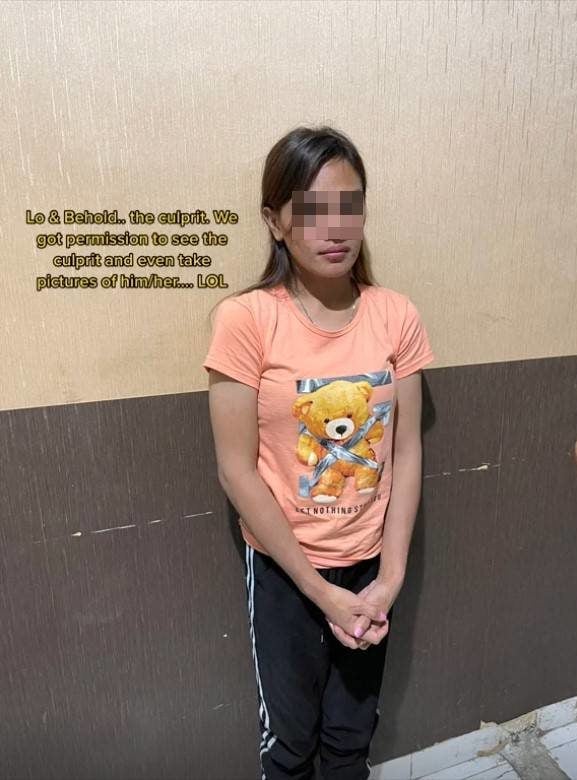 Still enjoyed their Bali trip despite everything

After the incident, the villa compensated the couple by waiving the cost of their stay.

They also provided free meals and transportation to the airport, as well as another voucher for a complimentary one-night stay.

Fatin shared that she was thankful that the Bali police acted swiftly to retrieve their things.

It was an eventful trip for the couple but they still managed to enjoy it very much.

Fatin told MS News that currently, the villa manager is helping them to liaise with the Balinese police.

While the couple has not decided if they want to fork out money to return to Bali just to collect their items, they will continue to keep in touch with the manager.

At the end of the day, Fatin said it is now a memory that the couple can now look back on and laugh about.

“It didn’t ruin anything. We enjoyed ourselves very much and I still love Bali,” she said.

Featured image adapted from @fatinsealsthedhil on TikTok and TikTok.