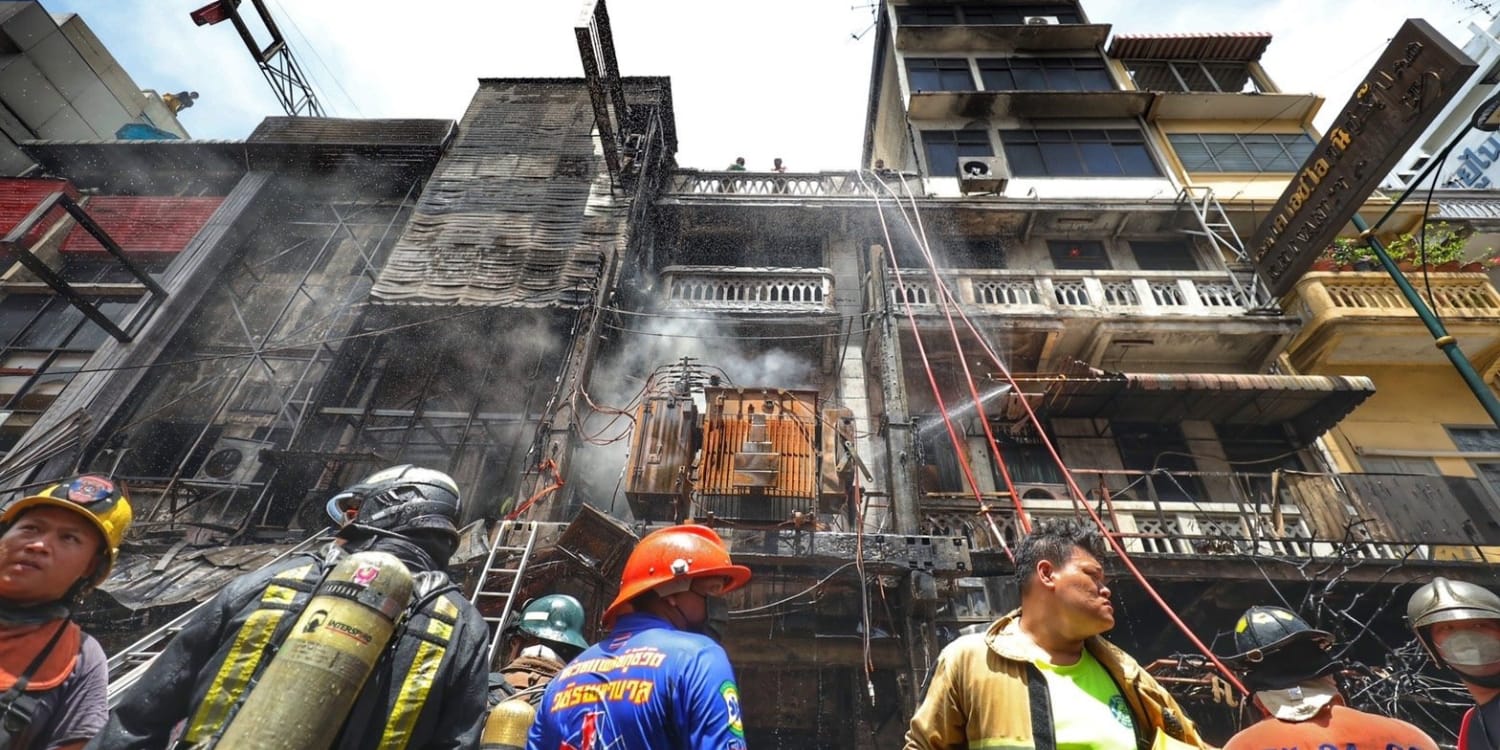 The blaze was reportedly caused by old wiring.

Chinatown in Bangkok is a popular destination among Singaporeans as they’re often on the hunt for street food.

Hence, it must come as a shock when a massive fire broke out in the district on Sunday (26 Jun). 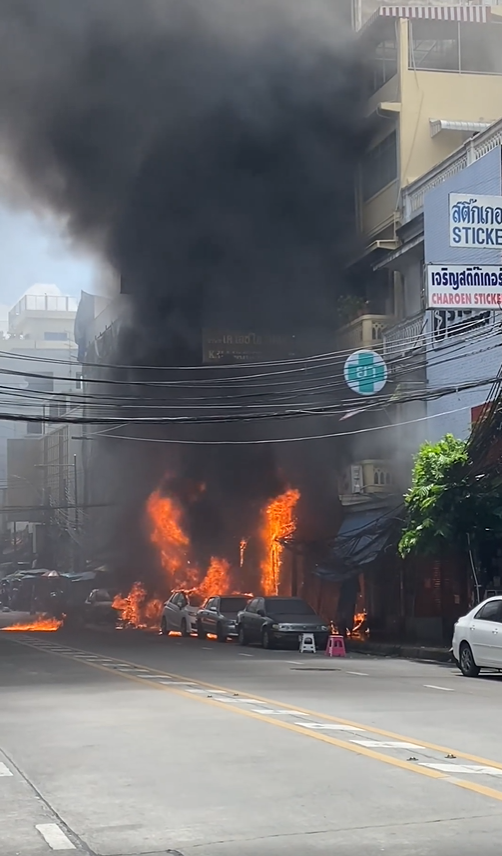 Two people died, and 11 others suffered injuries from smoke inhalation.

About six shophouses were burnt down after the blaze, which was believed to have been caused by a power transformer.

Fire in Chinatown in Bangkok caused by power transformer

According to the Bangkok Post, a fire occurred at a shophouse near Sampeng market on Ratchawong Road in Bangkok’s Samphanthawong district at about 11.30am.

News and footage of the fire were also found on social media.

In fact, one Facebook user, Oaky Ekarat Soyin, captured footage of the power transformer emitting smoke in his Facebook post. This was allegedly before the fire started.

Shortly after, he made another post, saying “Explosion already” in the caption. The video shows a fire blazing in the same area as the previous video.

According to Bangkok Post, the fire had erupted in a three-storey building. The police said a power transformer had exploded on the second storey.

Meanwhile, witnesses shared that they heard two explosions before the fire started. 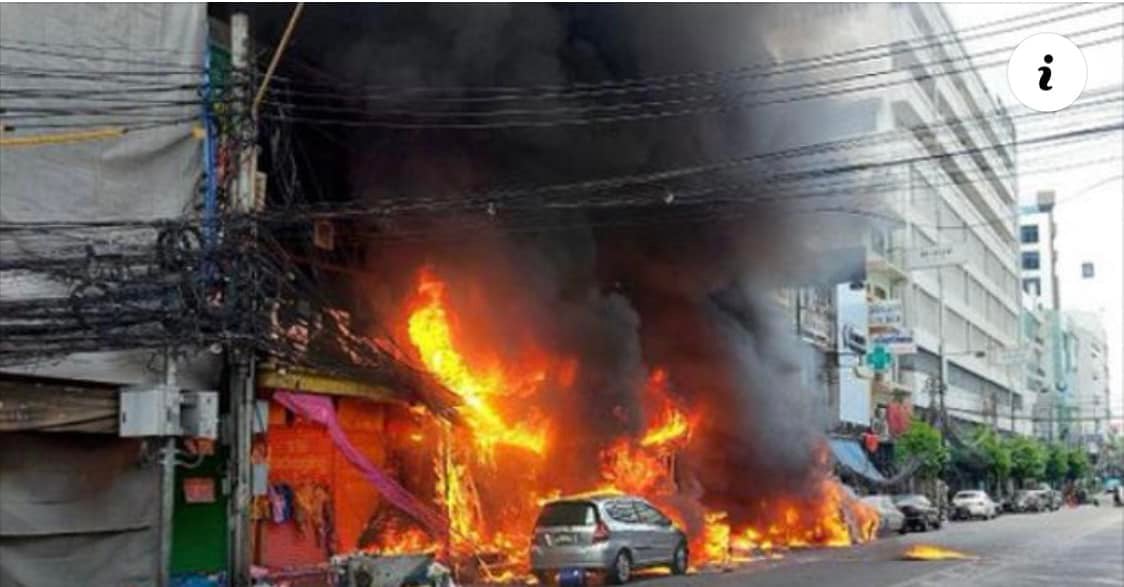 It is believed that the wires were old, sparking an electric shock and causing the power transformer to explode, reported 8world News.

The shophouse contained flammable products such as cloth, plastic, paper bags, and finished boxes. As a result, the fire spread quickly, engulfing the building and sending black plumes of smoke into the sky.

Firefighters were deployed from Suan Mali station to control the blaze. About 20 fire trucks and medical personnel were spotted at the scene. 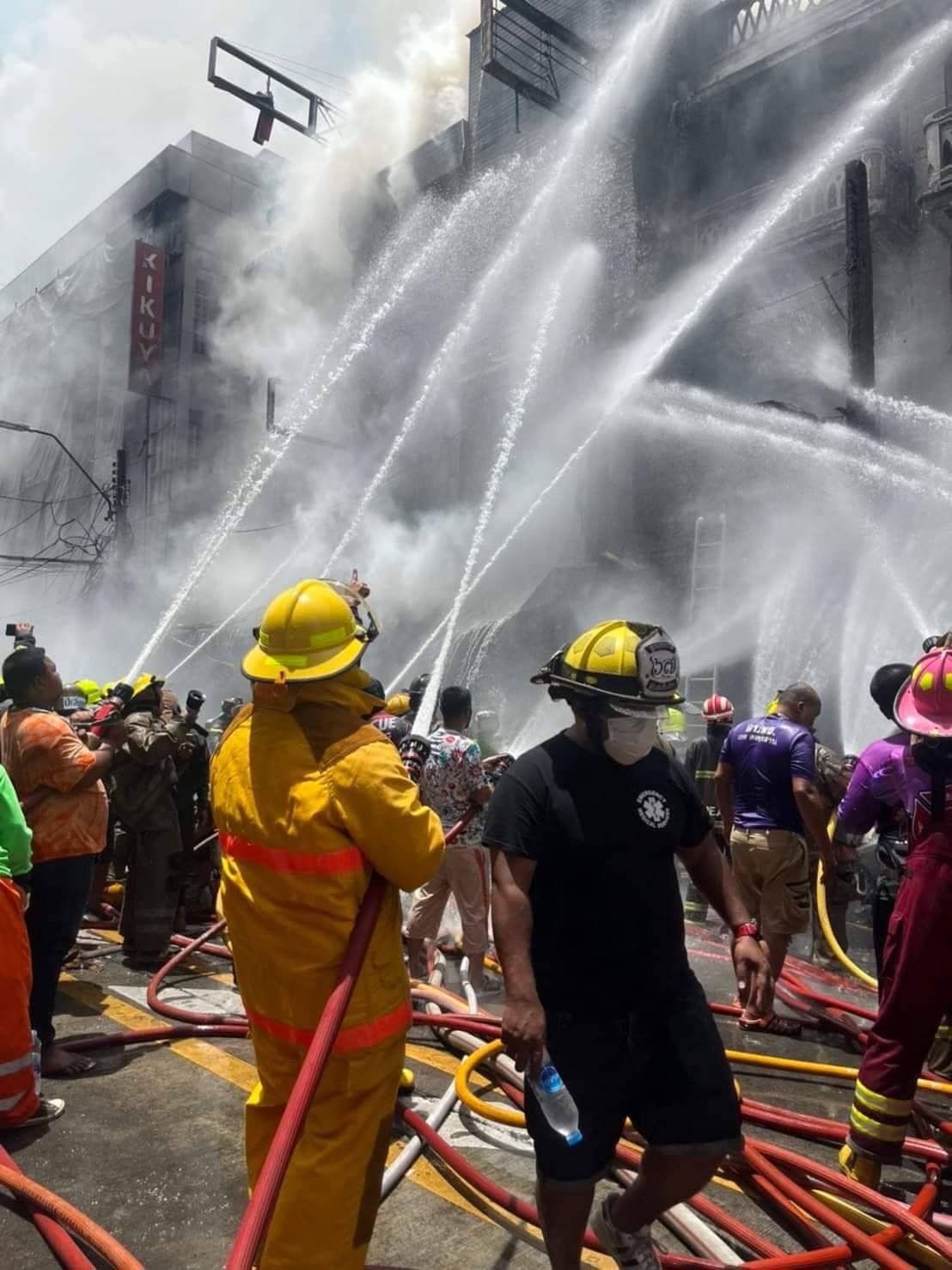 About one hour after the fire started, firemen managed to bring the fire under control.

But by then, it had razed through six shophouses in the area.

Two people have died from the fire so far.

The police have identified the victims as Jirapatch Summak, 52, a cashier, and Petch Deum, 34, a worker from Myanmar. Their bodies were found on the first and second floors of the damaged shophouse.

According to Lianhe Zaobao, they had been unable to escape as the fire had broken out at the entrance of the store.

The 11 other casualties were mostly volunteers who had inhaled the smoke while fighting the fire, said Bangkok Post. They were sent to Klang and Hua Chiew hospitals for treatment.

Power transformer had exploded before

Local police are investigating the cause of the fire.

But according to Bangkok Post, the owner of Ratchawong Rungrueng Suchart Kittirudikul said the transformer had exploded before.

He had told the Metropolitan Electricity Authority (MEA) to check its equipment, which they did on 26 Jun. Sadly, it was too late.

Mr Suchart estimated the damages to cost about S$390,764 (10 million baht). He said he would sue the MEA over the incident.

Bangkok governor Chadchart Sittipunt visited the site at about 4.30pm on 26 Jun as well, saying City Hall would work with the MEA to check the area’s cables and transformers.

This is an expensive lesson. We must learn to solve this kind of problem before it happens again elsewhere.

Practice caution at all times

When it comes to things to do with electrical wiring, extra caution must be taken.

Replacing old and faulty wiring is a must as it constitutes a fire hazard. It is always better to err on the side of caution than leave things to chance.

MS News expresses its condolences to the two victims. May they rest in peace.

May the 11 who were brave enough to put out the fire recover well too.