Some of the wire work was not working as intended.

Home electrics is something that many don’t spend as much time on as they should. Most of the time, we would often only see it as a problem when it’s too late.

That was what happened when a distribution board (DB) in the house of an electrician’s father caught fire as he was preparing to sleep.

The electrician who retold the story in a Facebook post shared that if the father had slept minutes earlier, the flame would’ve grown uncontrollably and there would probably be disastrous consequences.

According to a Facebook post shared on Sunday (5 Sep), the electrician’s father was having a shower at home before the electricity in the house went off. 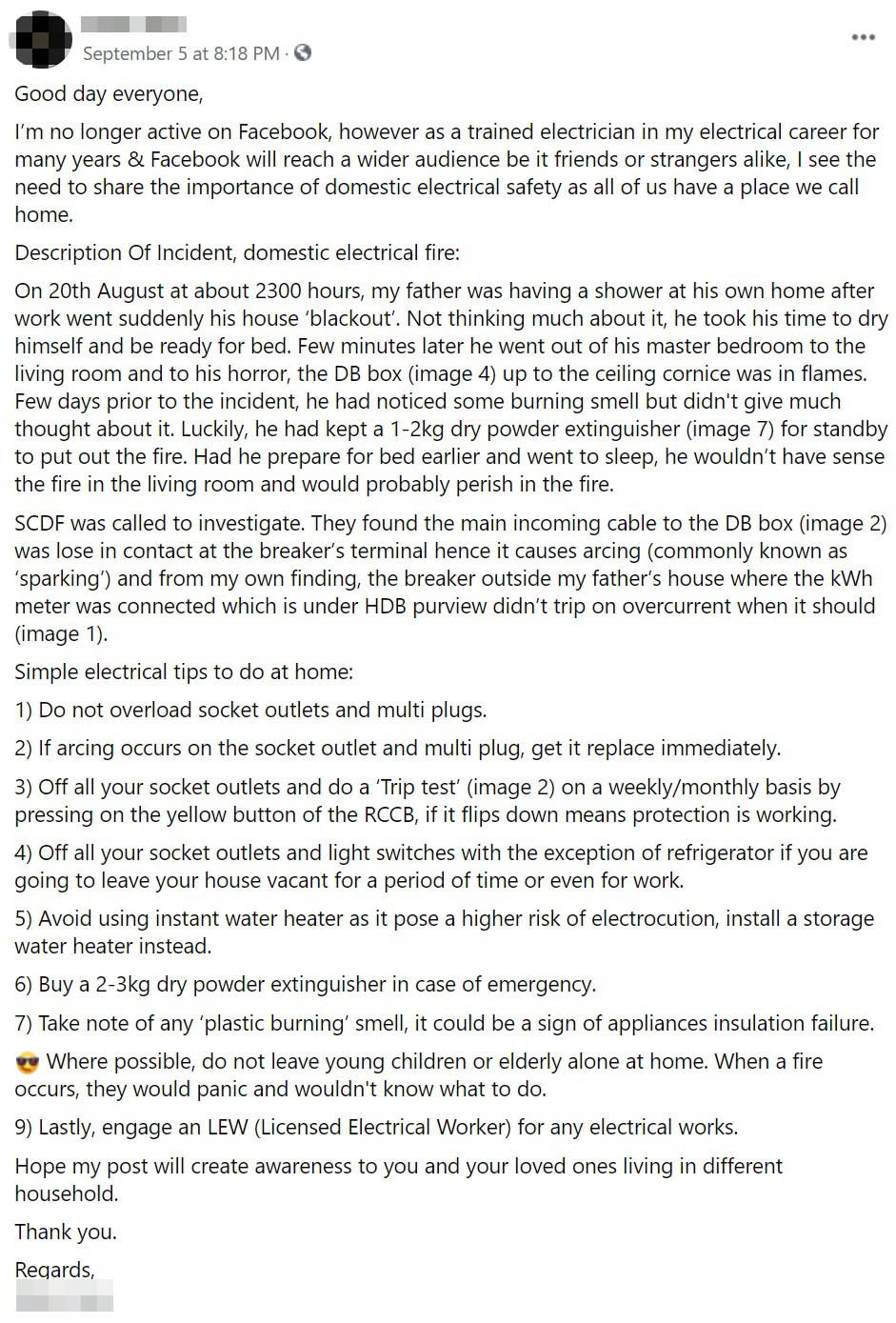 Not paying much attention to the power trip, the father prepared for bedtime. However, a few minutes later, the father walked out of his bedroom and saw the DB in flames.

Thankfully, the father put out the fire before it got any bigger. The walls surrounding the DB were burnt black and parts of whatever was left were melted as well. 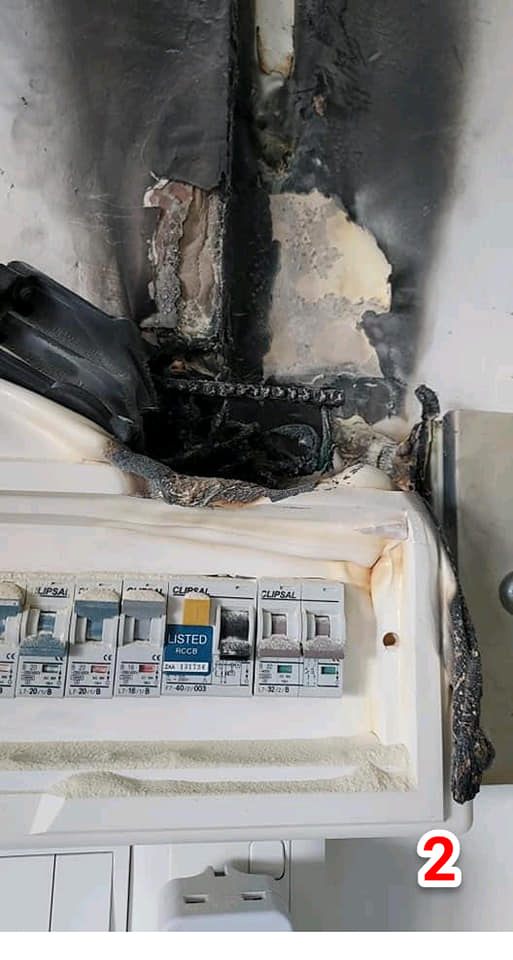 Singapore Civil Defence Force personnel were called to the scene and found that there were some loose connections in the terminal.

The electrician also did some digging on his own and found that the break located outside the house wasn’t working as intended.

Therefore, a power trip didn’t occur when it should have.

The electrician also pointed out that if his father had gone to sleep any earlier, he wouldn’t have noticed the flames, potentially resulting in a huge disaster.

Thankfully, a crisis was averted due to sheer luck. However, lightning doesn’t strike twice, therefore the electrician has shared some home electrical safety tips so a similar situation won’t happen to you.

Here are the 9 tips that he shares:

These tips were provided by the electrician who’s had years of experience under his belt and one would be wise to heed his advice.

The fire that broke out in the father’s home was something that could’ve been avoided if he had taken the signs more seriously.

This story serves as a timely reminder to have a check on your own household electrical wiring.

And if you do spot anything amiss, do not put off having it fixed as with any potential accidents, it may happen out of the blue.