As strong winds hit Singapore on Monday (18 Jan), some areas recorded wind speeds of up to 49.3km/h, almost the same as our buses.

In fact, ROADS.sg shared on Facebook that at 12pm, the winds were so strong that they dislodged a banner at Sungei Road.

Part of the banner flew onto the road and landed right on top of a bus. 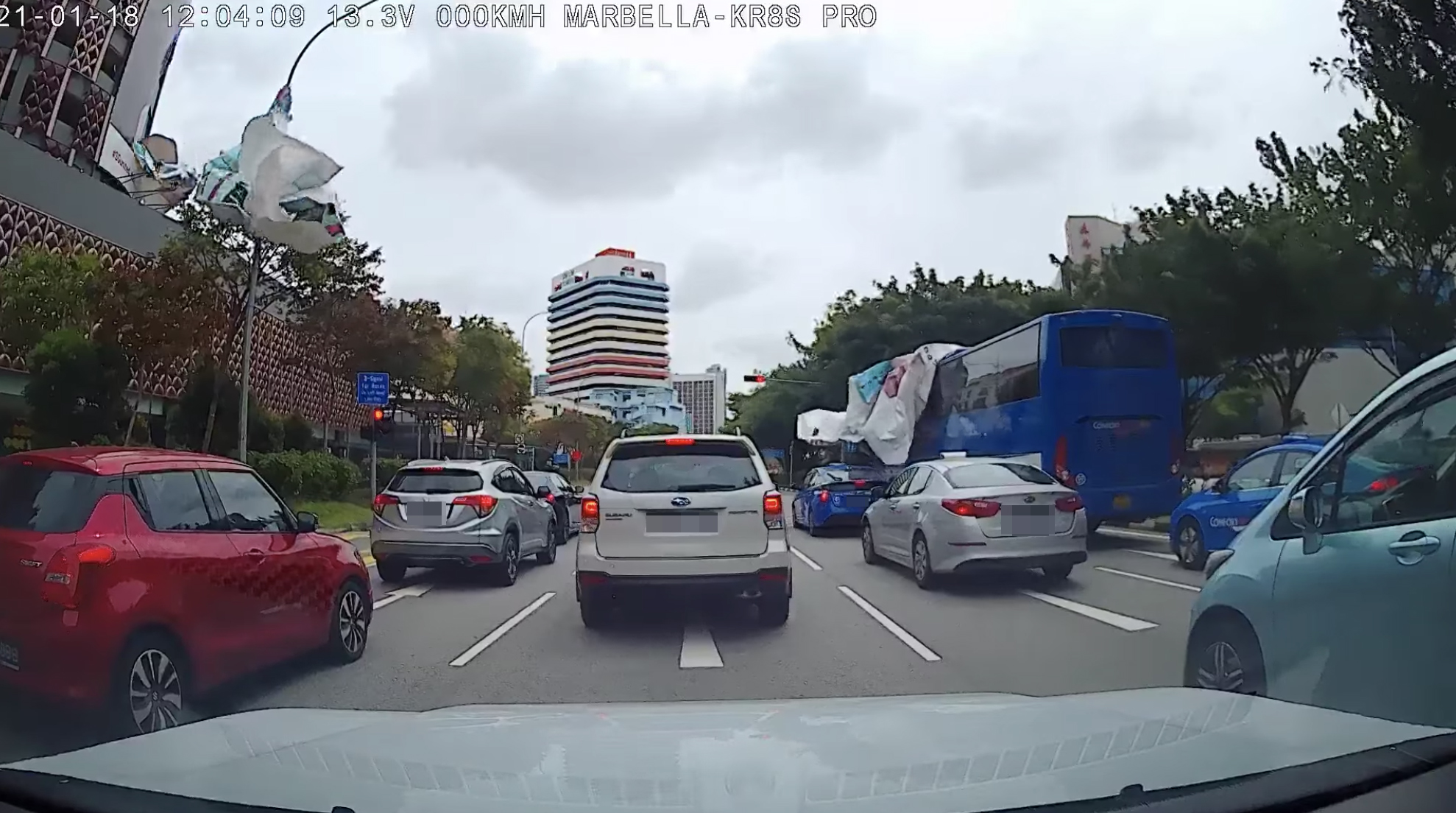 At the mercy of the red light, the bus, this time, was no match for the speedy wind.

On Monday (18 Jan), a strong gust of wind dislodged a large banner hanging from the Tekka Place building.

Trees all around can be seen swaying, with their leaves rustling about as the wind continued its onslaught.

The wind then tore a part of the banner right off its perch, and onto a stationary blue bus in the first lane.

The banner landing gently on top of the bus like a blanket almost made for a comical scene.

A quick look on Google Maps reveals that the large banner was actually a reminder for Singaporeans to “Mask up”. 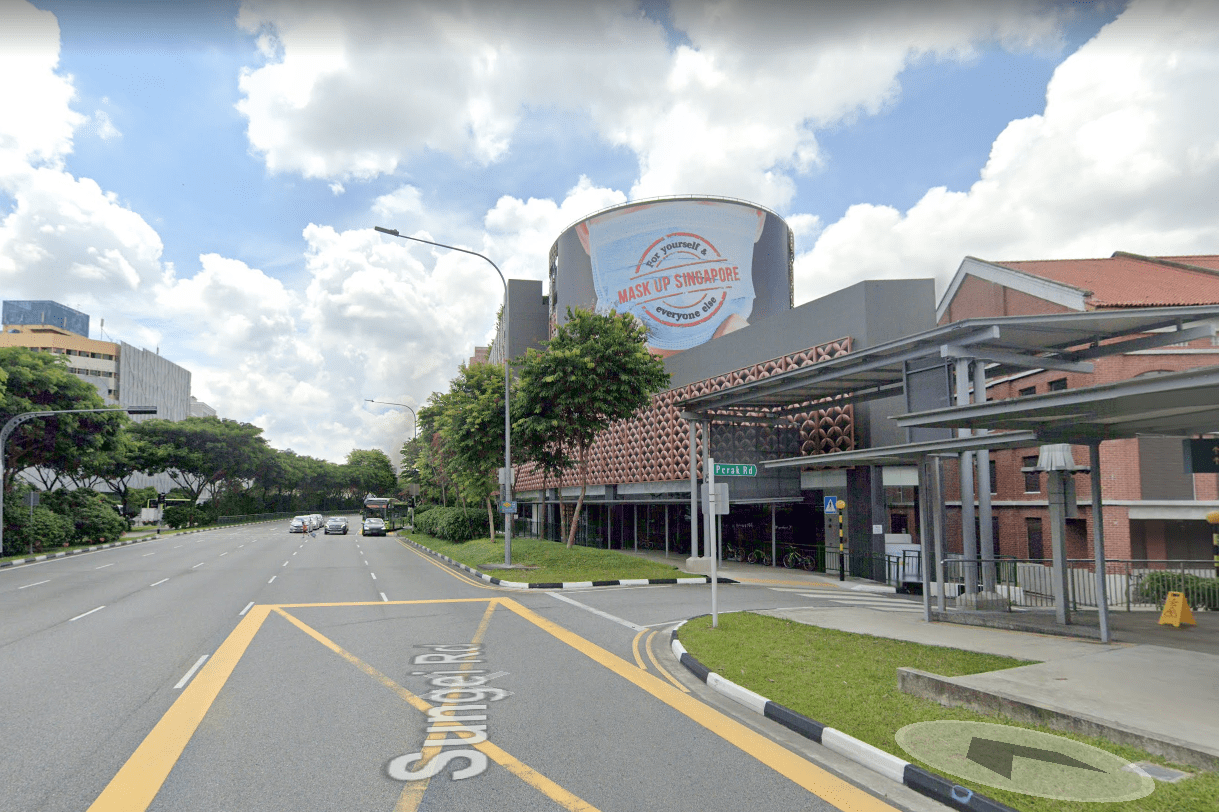 The banner certainly worked for the bus, literally masking it up. 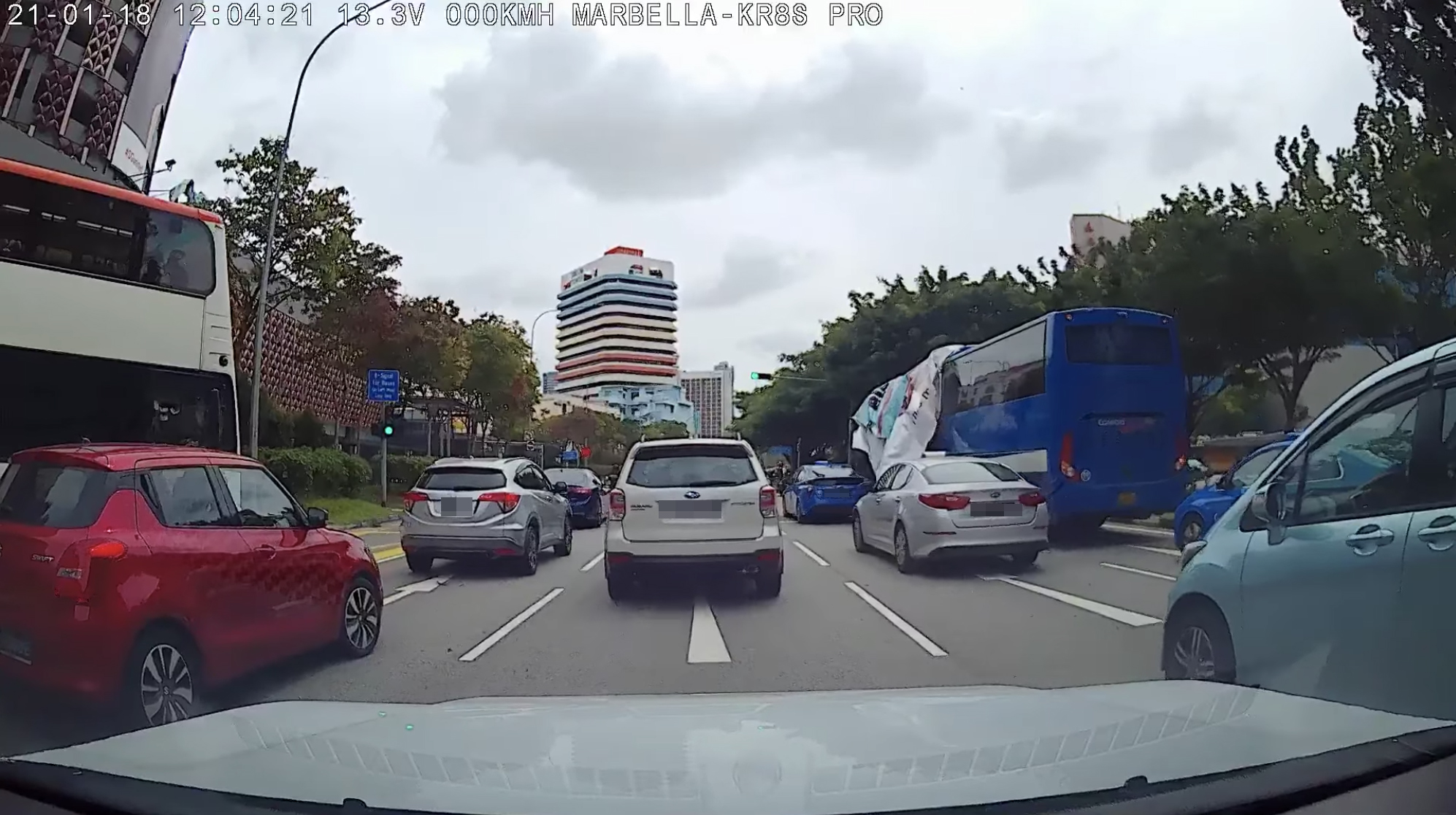 You might even say it flew at half-mask right onto the bus top.

Even when the rest of the cars drove off, the bus remained in place, presumably because the driver’s line of vision was obstructed.

The video didn’t show it, but we hope he managed to remove the banner and put it aside safely before driving off.

Reminder to always mask up

While this was a hilarious incident, it was also a potentially dangerous one.

Thankfully, the bus was stationary at the time and the problem could have been easily rectified.

At the end of the day, it’s perhaps also a huge reminder for all of us to remember to mask up at all times.