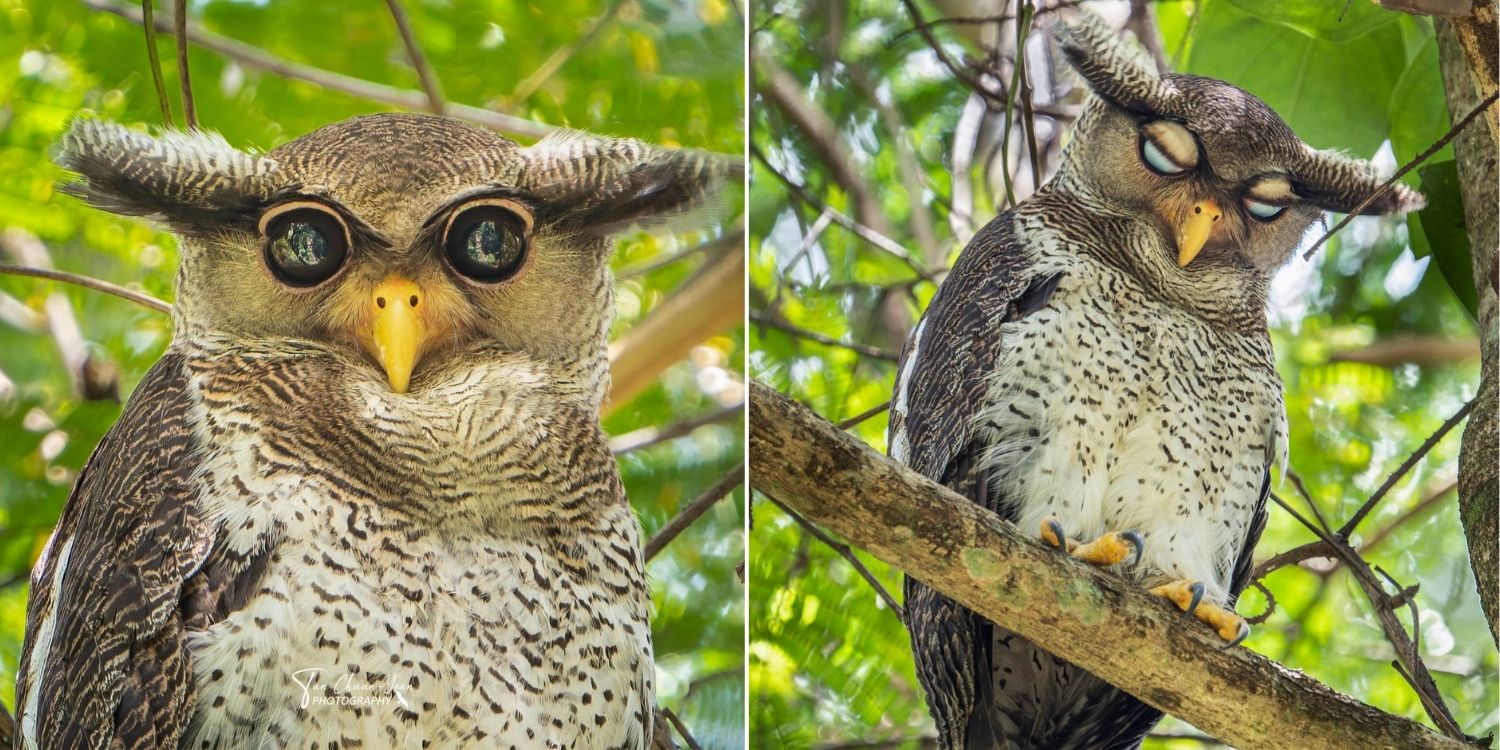 It’s not often that one spots an owl in Singapore, let alone manage to get a good, close-up photo of the creature.

On Monday (8 Feb), photographer Mr Tan took to Facebook to share some pictures he captured of a Barred Eagle-Owl at Bukit Timah. 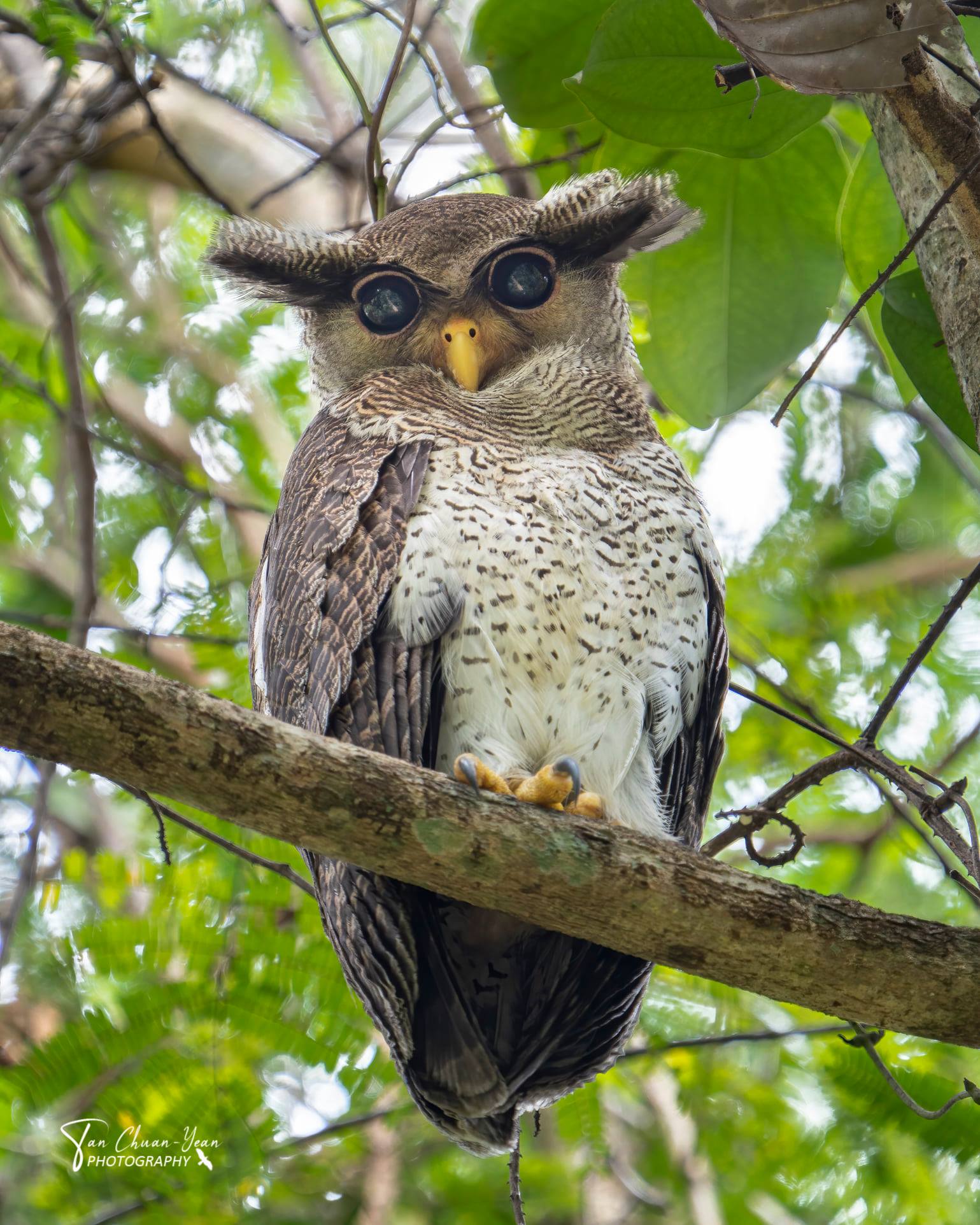 The stunning photos of the rare owl mesmerised netizens, who were especially for entranced by its hootiful large eyes.

According to the post, the Barred eagle-owl was seen along Rifle Range Road in the day.

At the time, it was perched comfortably atop a tree branch.

The photographer even managed to get a picture of the owl mid-blink that made it look as if it was trying to catch a quick nap. 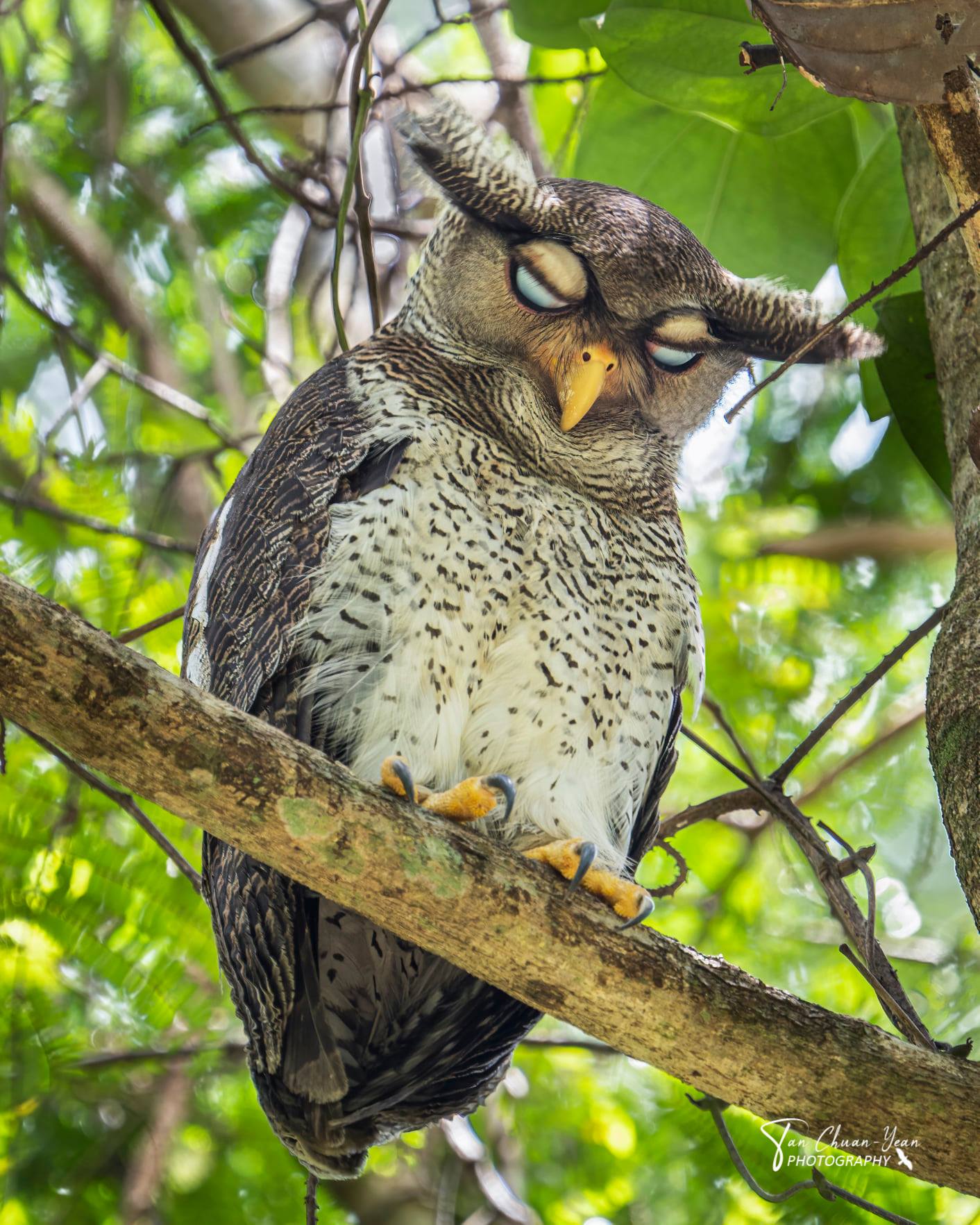 The Barred Eagle-Owl can be identified by the brown and dark bars on its upper body as well as its distinct outward facing ear tufts.

One netizen even commented that it resembles a Furby toy.

Well, we can certainly see where he got that idea from, with both creatures sharing round, piercing eyes with adorable ‘ears’ sticking out of their heads. Netizens marvel at its beautiful eyes

Many netizens praised Mr Tan for the amazing close-up shots of the owl. 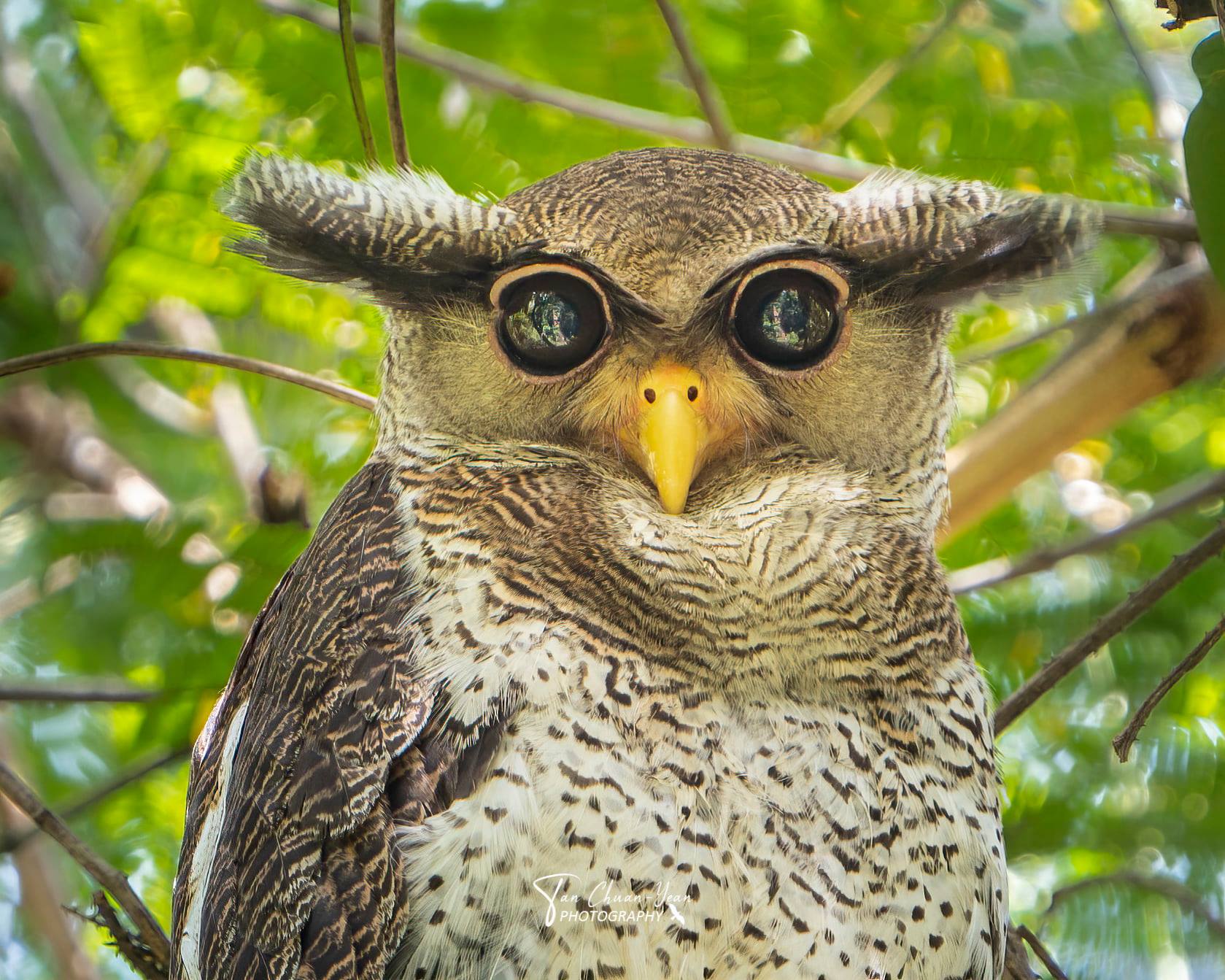 The one thing that captivated them the most was the Barred eagle-owl’s piercing gaze with its large beady eyes.

Its glassy, bright-eyed look earned the owl countless of praises for its beauty.

He also jokingly revealed that the photographer was actually his “more talented sibling”, since their names are almost similar.

Well, we certainly can’t argue with that kind of talent, or rather, talon?

Sightings of the magnificent creature is scarce, especially in the day as the owl is a nocturnal animal.

In fact, NParks classifies the Barred Eagle-Owl as “very rare”.

According to one netizen, the last known appearance of the owl was almost a year ago.

But they are known to reside at nature reserves in Singapore around the Bukit Timah and Central Catchment area.

Our island city has amazing biodiversity

What a treat it must have been to see the Barred Eagle-Owl so clearly in the light of day.

Such sightings certainly remind us of the amazing biodiversity we co-exist with on our tiny island city.

Have you ever encountered owls in Singapore? Let us know in the comments down below.