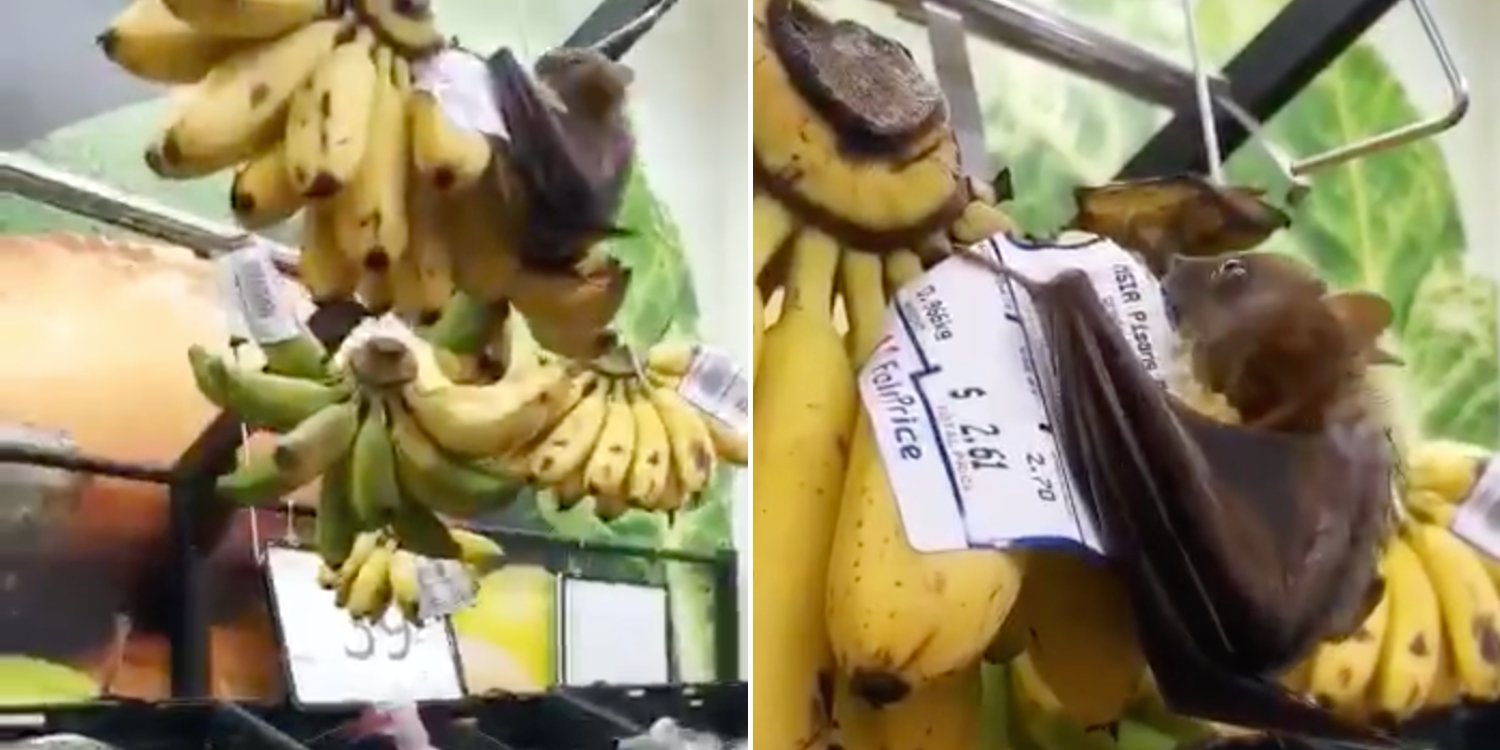 It’s not surprising to see bats hanging around fruit trees. In particular, fruit bats, as their name suggests, mainly feed on the tropical fruits found in our region. One was caught feasting on a bunch of bananas at a Jurong East FairPrice supermarket.

A video clip of the incident circulated around WhatsApp. In response, the supermarket said today (16 Oct) that they have taken action to prevent future occurrences of uninvited grocery ‘shoppers’.

The bat was caught by a grocery shopper passing through the fruits section at night, and they took a video of the incident, which took place in FairPrice’s 345 Jurong East Street 31 outlet

In the video, the bat could be seen hanging from a banana. It bit through the peel and was feasting on the delicious fruit. 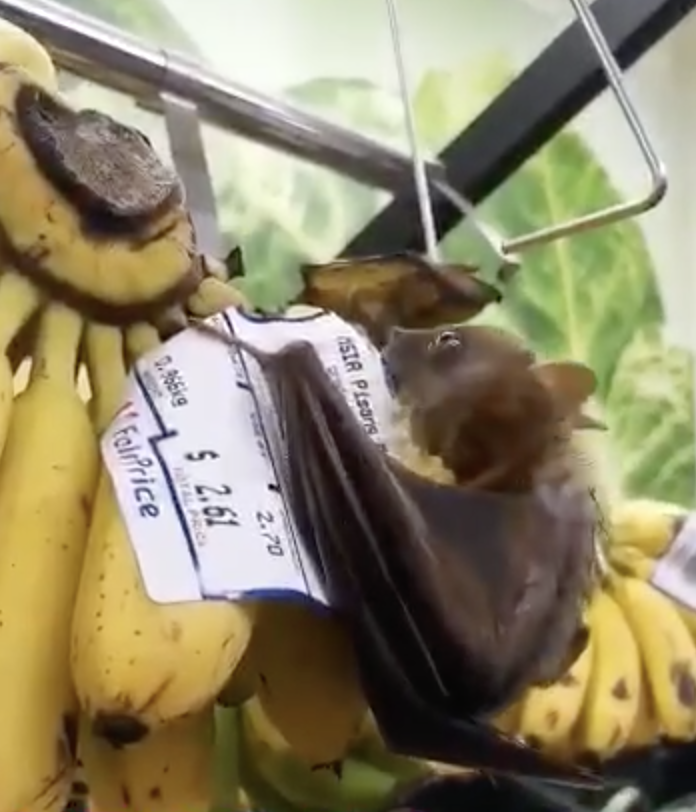 The flying mammal was rather unperturbed by the netizen who was videoing it. Looks like it was too busy finishing its meal. 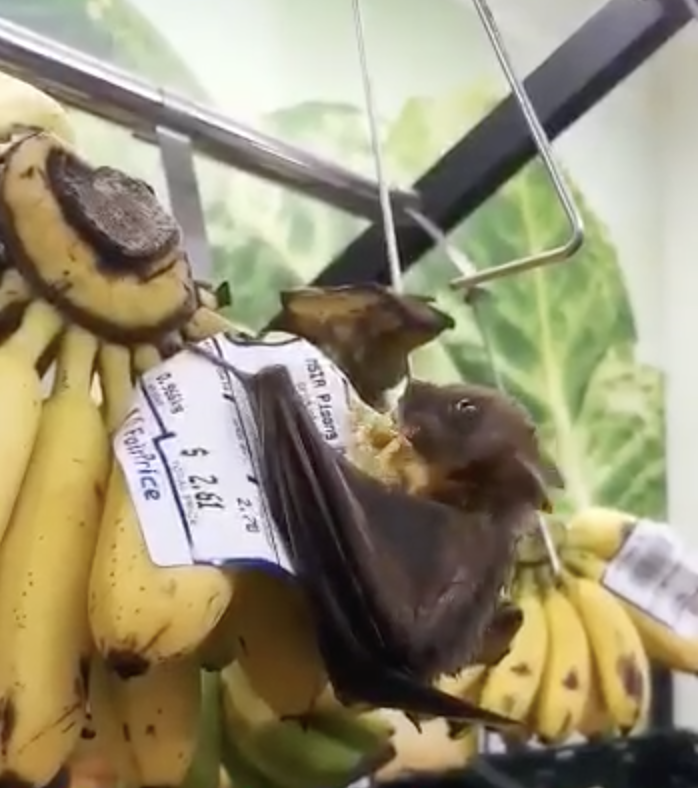 We wonder why it couldn’t find a fruit tree with less human traffic. After all, it feeds on chiku fruit which are found in Singapore.

Apparently, the fruit stands at that particular FairPrice outlet were placed outside the supermarket. This could leave it open to bats to swoop in for a feast. 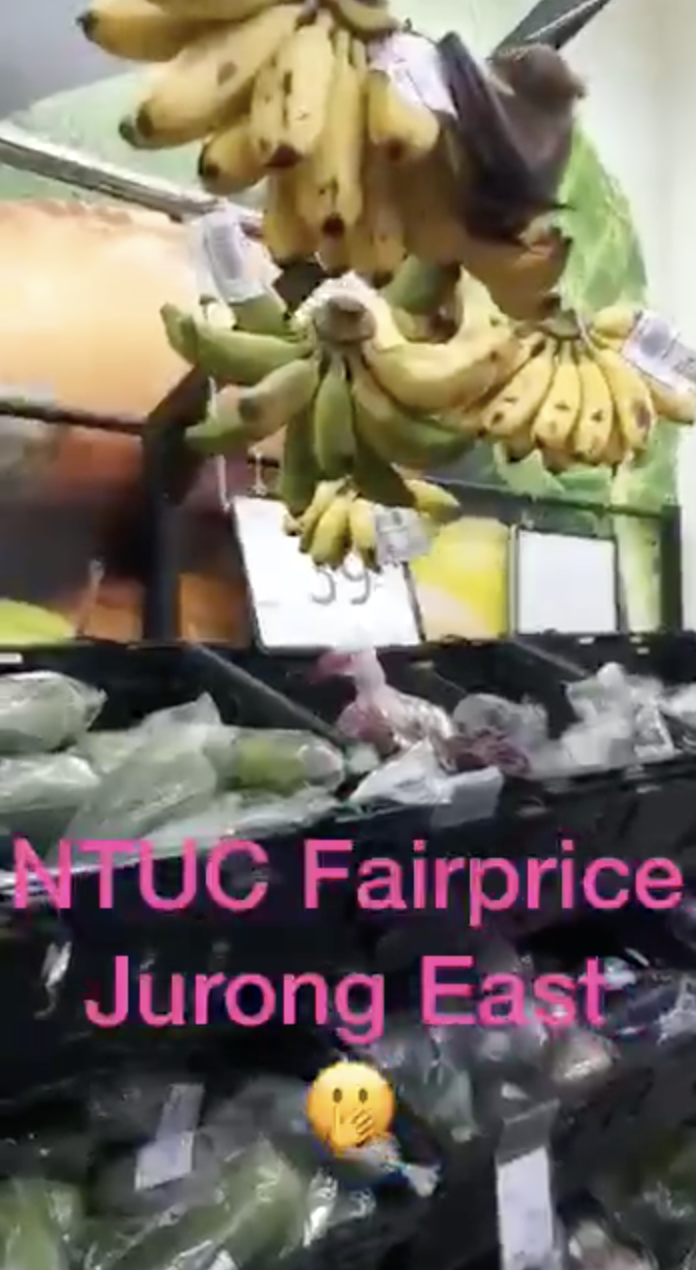 We reached out to FairPrice regarding the bat and they responded, saying they’ve moved all fruits indoors to prevent future occurrences. 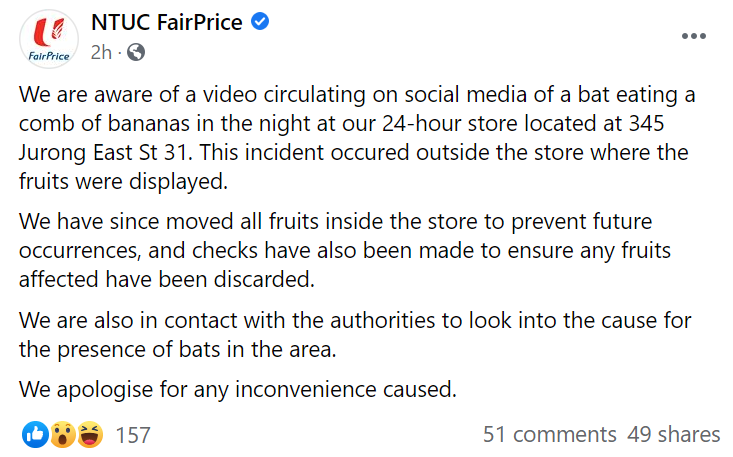 Furthermore, they’ve conducted checks to ensure that all affected fruits were discarded.

Additionally, they are in contact with the authorities to look into the presence of bats in the vicinity.

According to NParks, 25 species of bat can be found in Singapore. Fruit bats help to regenerate our jungles by dispersing seeds and pollinating plants such as durian and petai trees.

Other species of bat also help to control our insect population when they feed on mosquitos, beetles and crickets. 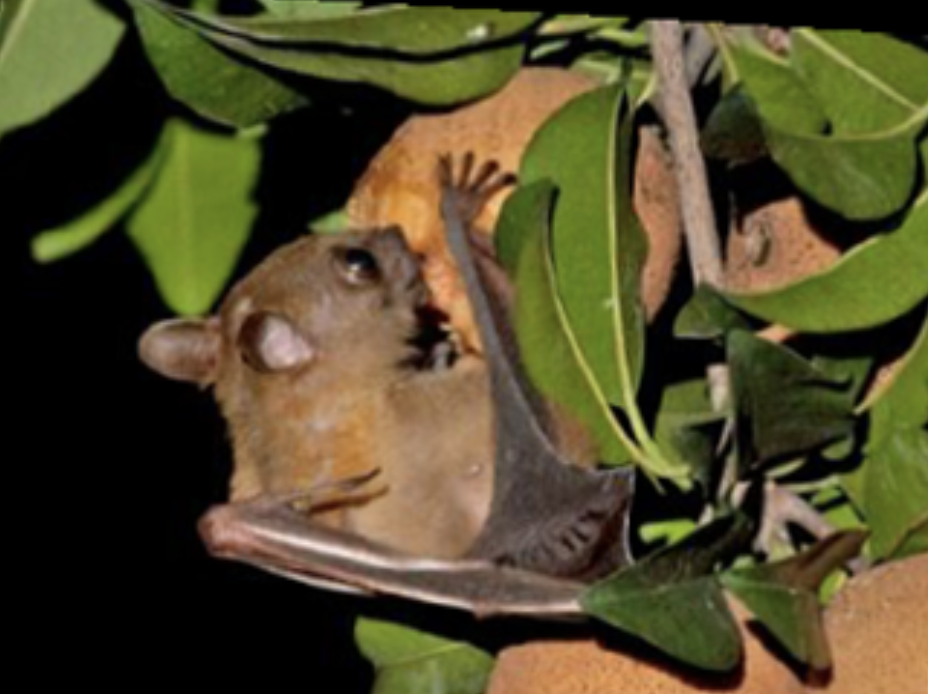 NParks advises Singaporeans to stay calm and leave bats alone as they are shy creatures.

Stay calm and shop on

Thankfully, FairPrice has taken measures to prevent further occurrences of bats feasting on fruits meant to be bought by shoppers.

However, if you do see one flying around, keep calm and leave it alone. After all, they’re relatively harmless if you don’t bother them.