Everyone drop what you are doing. Something amazing just happened.

Singapore’s favourite K-Pop group Beaunite is back. Well, sort of.

In December last year, the world as we know it changed when Beaunite uploaded a video called “HEY GUYS WE ARE BEAUNITE”. In the video, a group of 14-17 year olds made their debut as a K-Pop group.

The video soon became viral, thanks to YouTubers who made parodies and influencers who aired their opinions. Many K-pop fans were outraged that Beaunite labelled itself a K-pop group.

All of this came to an end when Beaunite announced its retirement and apologised for the “lack of planning and proper scripting”. However, group members promised to return, but only after training “longer” and “harder”.

On Thursday night (9 Aug), Singapore got its sickest National Day present in ages. Without any prior warning or announcement, the infamous Beaunite posted a dance cover on its Instagram page.

Let’s break down the cover. In the glorious 30 second video, a Beaunite member dances to BLACKPINK’s DDU-DU DDU-DU.

We think it’s Yuri, the “visual of the group”, but we aren’t entirely certain – the quality of the video isn’t too great. What gave it away was the outfit she was wearing – it looks similar to the one she wore in the original Beaunite introduction video.

For those of you who don’t know, the visual in a K-Pop group is supposed to be the most “aesthetically beautiful member”.

We also aren’t too sure about the implications of this video. Does this mean that the group is truly back? Has Yuri stolen the spotlight for herself? Do we expect a lit single to drop soon? Is there going to be a reunion tour? Only time will tell.

Jokes aside, we’ve all dreamt of being a celebrity at some point in our childhood. Unlike us, these girls have been chasing that dream. They had the guts to put out a video at a relatively young age and now, they seem to be working on their craft.

We wish them nothing but the best. 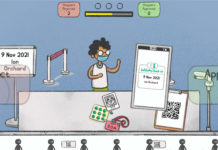 Redditor Creates SafeEntry Game, Players Can Reject Shoppers Who Fail To Check In 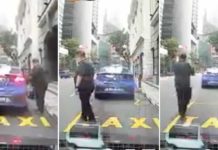 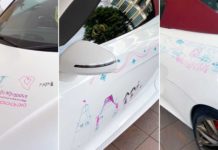