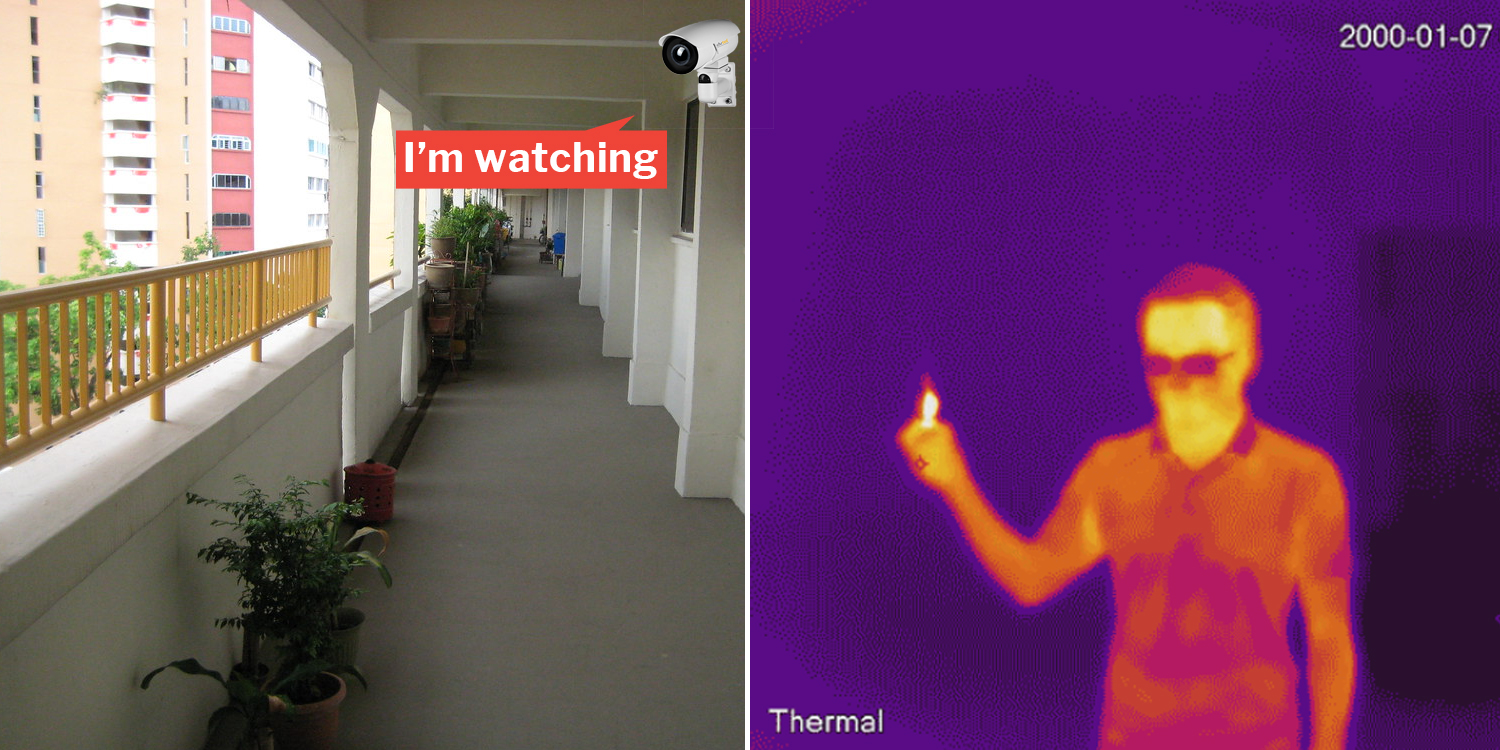 Smokers Were Seen Entering And Exiting The Bedok Resident’s Flat

In a letter sent to a Bedok flat lessee, NEA says that its thermal cameras have caught people smoking in the corridor outside his unit a total of 12 times since 11 Apr 2019. The smokers were also seen entering and exiting the unit. 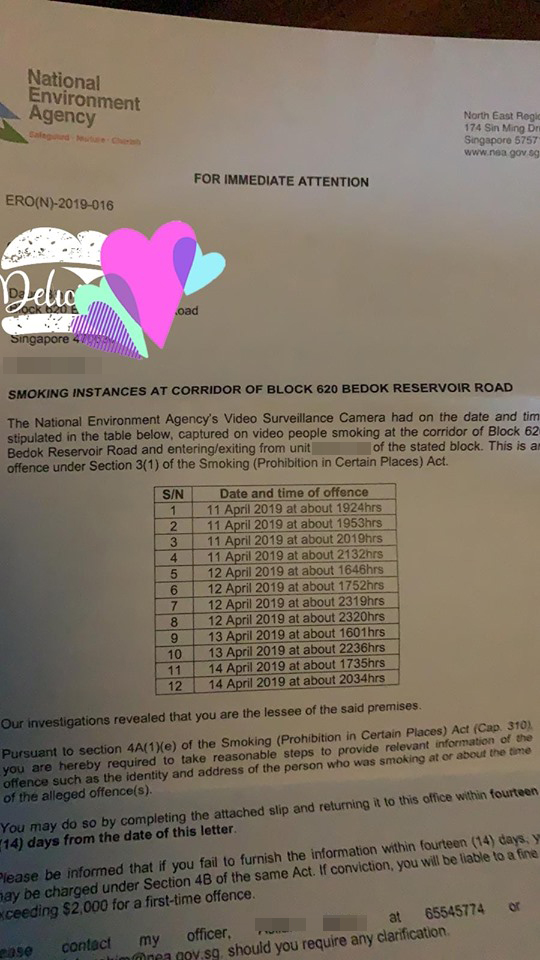 The letter demanded that he assist in investigations. He was given 14 days to provide the details of the smokers caught on camera, or else he will be served a fine of up to $2,000.

The idea of having thermal cameras installed at HDB corridors first surfaced in Sep 2018.

As the technology suggests, the cameras are able to capture the heat from the buds of cigarettes. This would allow the agency to clamp down on residents who smoke indiscriminately.

The agency also told CNA that since Jan 2019, about 70 thermal cameras have been installed in areas with a large number of feedback on smoking problems.

Clamping down on non-abiding smokers

Smoking isn’t against the law, but smoking in a non-smoking public area is.

NEA seems to be coming down hard on smokers who don’t follow rules, i.e. those who smoke in prohibited areas.

In an effort to contain the smoke from non-smokers, the agency has also begun introducing smoking cabins.

Hopefully, these measures will be enough to curtail bad smoking habits.