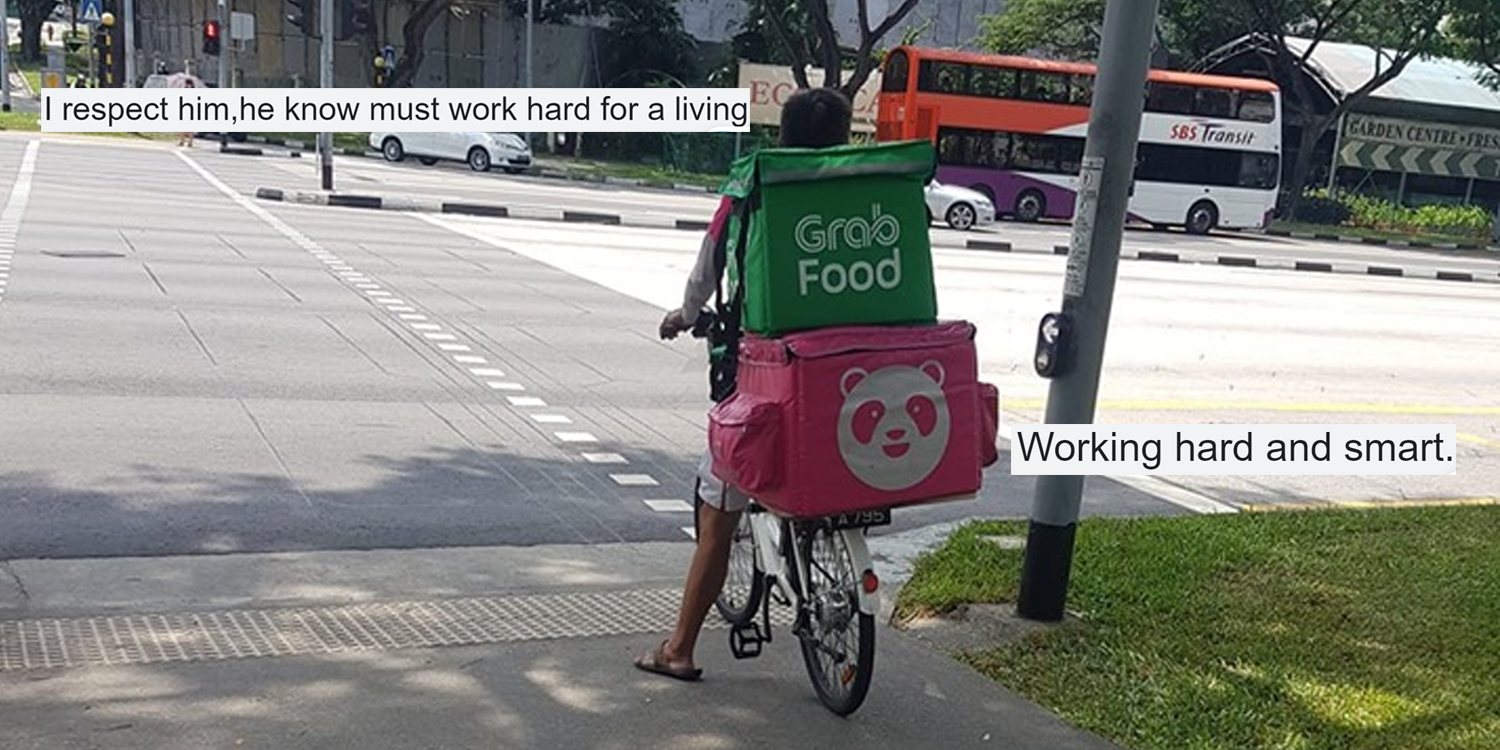 Just this year, Singaporeans have seen inspiring events of wheelchair-bound food riders carrying out their jobs despite their disabilities.

On Friday (12 Jul), a picture of a man – presumably a food delivery rider – carrying 2 GrabFood and FoodPanda delivery bags was uploaded on the ROADS.sg Facebook group. 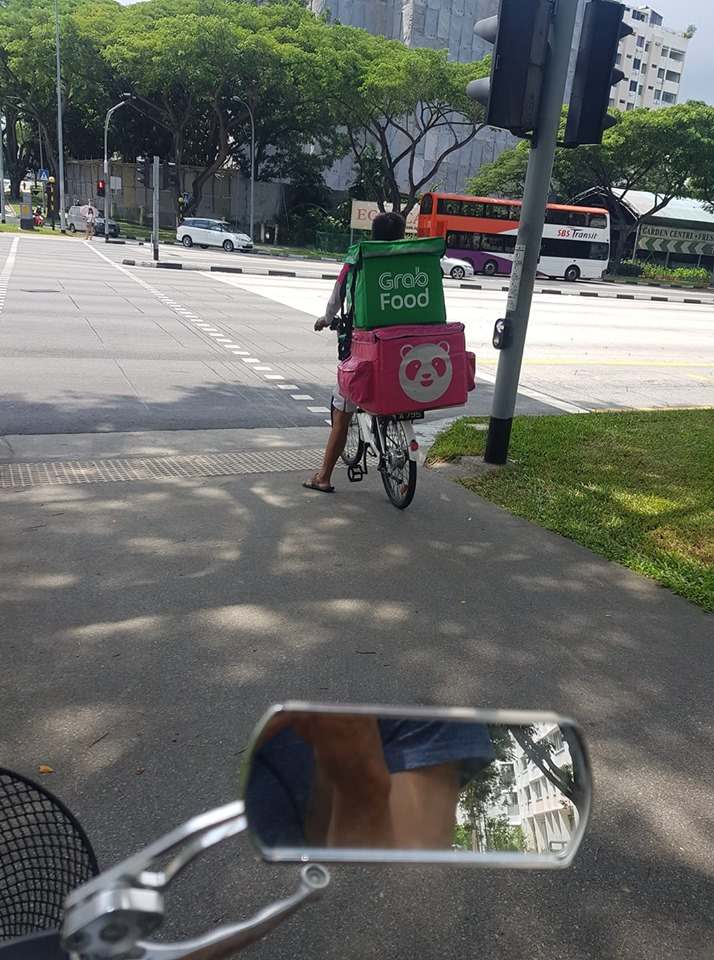 Man with Grabfood & Foodpanda bags took shelter from the sun

While we can’t say for certain, it’s likely that the photo was taken along Eunos Link near the Eco-Scape nursery. 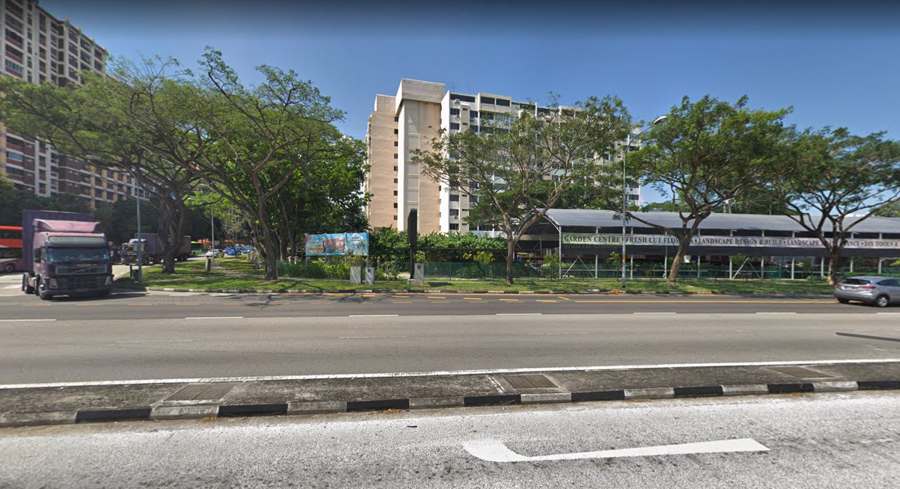 The ‘Garden Centre’ banner was a giveaway
Source

The man, who was riding a bicycle, appears to be seeking shelter from the sun while waiting to cross the road.

Apart from that, little is known about the picture.

There also wasn’t any timestamp attached to it, so we can’t confirm when the photo was taken.

Praised for being hardworking

Expectedly, most netizens left comments applauding him for his hardworking nature. 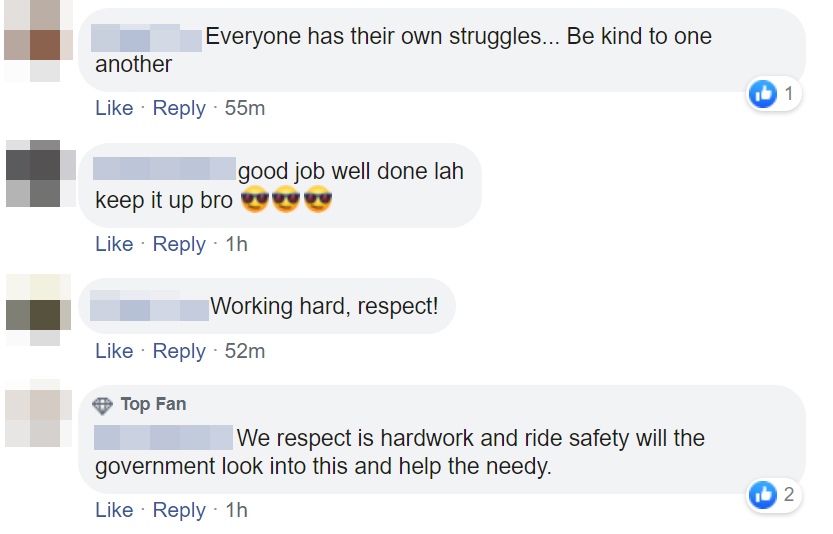 But some questioned if food delivery riders are allowed, as per their companies’ policies, to work simultaneously for 2 rival companies.

According to an ex-Deliveroo rider we interviewed, there are no clauses in their contract that ban employees from working for competitor brands.

Food riders are only responsible for moving food from one point to another. Thus, working for 2 companies at once doesn’t directly affect the sales of the company.

We’ve also reached out to both GrabFood and FoodPanda to verify if that’s also the case for their companies.

Putting the legality of his actions aside, that’s something quite admirable about the man’s work ethics.

It’s also rather poetic that the photo surfaced on a Friday when most people are getting ready to wind down for the weekend.

We hope this hardworking man has inspired you to go the extra mile at school or work today before enjoying the weekends. 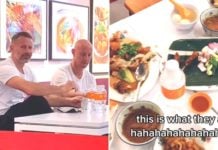